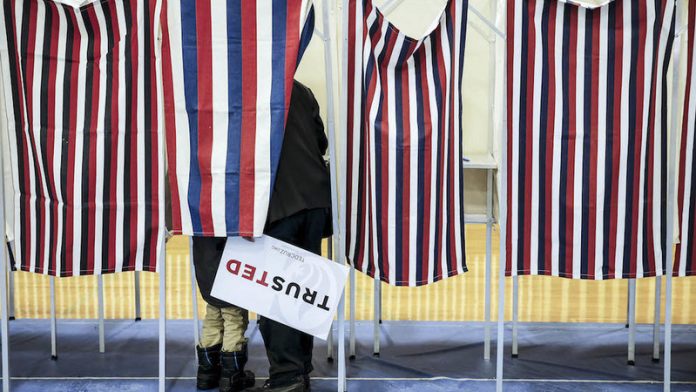 Who and what you vote for might have less to do with your grand view on life, and more to do with the height from which you view the world.

Writing in that research, co-author Sara Watson said: “If you take two people with nearly identical characteristics — except one is taller than the other — on average the taller person will be more politically conservative.”

In general, Watson’s team found that a 2.5cm increase in height increased the likelihood of support for that country’s Conservative Party by 0.6%.

The data to back this finding came primarily from the 2006 British Household Panel Study, where 9 700 adults answered questions on their height, income and political beliefs.

When it came to political beliefs, the study asked people to respond to certain statements, such as whether major public services and industries ought to be under state ownership.

Linking the various answers to people’s height, the team conclusively found that the taller a person was, the more conservative they were. To discount other factors, the researchers tried to see if other things — such as race, marital status, religion and years of schooling — were also linked to political beliefs.

None of these showed a marked influence on political views across a whole sector of society.

Importantly for the findings, the British Household Panel Study follows the adults — and their households — over time. This allowed the researchers to see if the link between taller people and conservative political views remained.

It did. Watson wrote: “There was some year-to-year variation, but the effect never disappeared.”

The Ohio team then looked at the relationship between income and voting. For each inch of height that a person had, they earned an additional £350 (about R6 000). A 10% increase in income also correlated with a 5.5% increase in the likelihood of someone voting conservative.

Insisting that people were still masters of their own destiny, the researchers wrote: “Income and height play a role, but they are not political destiny.”

While the team did not drill down into the reasons for height having an impact on income, they did point to the wide body of research done on the differences between people of different heights. Their finding was published in the British Journal of Political Science.

Other research has found that taller people tend to earn more than everyone else. Some have posited that their voting is therefore linked to a desire to protect that advantage and wealth.

Research earlier this year, titled “Can genetic evidence help us understand why height and weight relate to social position?”, found that height played a strong role in how successful people become.

Those researchers, from the University of Bristol in the United Kingdom, found that: “Shorter height leads to lower levels of education, lower job status and less income.” This was particularly true for men.

That finding also looked at how Body Mass Index (BMI) plays a role in women’s position in society. It found that a higher BMI leads to lower income and greater deprivation. This is mainly down to people’s perception of the health of others. Height and weight are key markers for how people respond to each other and are also drivers of discrimination.

The Bristol team concluded that being taller and thinner means you will be more educated, have a better job with a higher salary, live in a household with a higher-than-average income and suffer less deprivation.

That finding could go a long way to explaining why taller people tend to vote for a political ideology that seeks to protect the financial advantage gained from a gift of birth.

May calls for June election ahead of Brexit talks