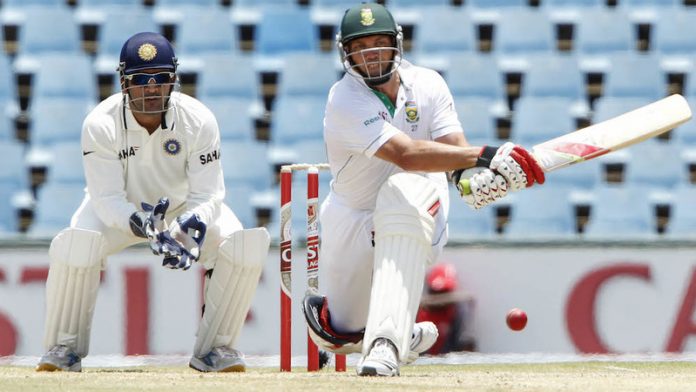 The very best cricketers in the world may have been born with part of their talent but, whatever percentage is described as “natural”, it is always heavily outweighed by other factors such as dedication, hard work and the right attitude.

An important part of that attitude is a determination that you can always improve, a refusal to believe that you have reached the top or rest on your laurels. Even when something has been done well, perhaps excellently, for a long time, that does not mean it cannot or should not be questioned or improved upon.

Jacques Kallis had more than 8 000 Test runs before he played a reverse sweep. He had done pretty well without the shot but he reasoned that one day, perhaps, he would need it. He preferred to have it in his tool bag, even if he never used it, than not to have it all.

But sure enough the day arrived, against Harbhajan Singh, when the shot was required. He played it five times, but it changed the field and, ultimately, the course of the Test match.

If we expect this desire to improve and continue learning from our players then it seems natural to expect the same — even more — from the administrators and background staff who create the atmosphere and environment in which they play. Just a month ago the country’s groundsmen were passionately discussing new ways, methods and machinery that might improve nets, pitches and outfields. And some of them are in their 60s.

There are many ways in which the cost of the first Test Durban disaster can be assessed, if not accurately quantified. The average Kingsmead crowd isn’t much more than a few thousand so for that to drop to several dozen isn’t likely to break the bank. The reputational damage to Test cricket, Cricket South Africa and, unfairly, the KwaZulu-Natal administration, will be significant but hard to measure accurately.

CSA chose to relay the outfield in June, at their expense, but started the job two weeks later than they should have, a period of grass growth that might have made a profound difference to the amount of time lost.

But what would undoubtedly have made the greatest difference are tarpaulin covers extending to the outfield besides just the square and the bowlers’ run-ups. Sri Lanka, among all Test-playing nations, is most prone to heavy rain storms and showers and would lose hundreds more hours of play than they do if they did not cover the entire field when storms are about.

“Following our first experience [of playing] during August last year, the feedback received from both teams [was that the ground was too hard] so we relaid the outfield to make it more suitable for Test match cricket,” explained CSA’s chief executive, Haroon Lorgat.

“However, the unseasonal rain at this time of year had impacted our preparations of the newly laid outfield. The flood conditions more than a month ago had affected the decompacting process. It is most unfortunate and certainly beyond our control that the heavy unsea- sonal rains in Durban had impacted our plans.”

He was absolutely right. Even the most efficient administrators can’t control the weather. And a roof was out of the question. So what about those covers, then?

Despite officially taking “ownership” of the stadium for the duration of the match, CSA did not provide extra covers despite the forecast and precariously damp outfield.

The R400 000 it would have cost the KwaZulu-Natal Union to purchase covers for the ground was considered prohibitive by the cash-starved union. So, could CSA afford them? In the interests of fairness, they couldn’t just buy them for Durban. South Africa has five major Test venues, so the cost would be R2-million.

CSA has financial reserves of about R750-million. That sort of cash commands the very highest interest rate but, for the sake of the man in the street, let’s work on a standard money market rate of 6%.

It would take CSA 16-and-a-half days to earn R2-million in interest, with which to purchase the covers, presumably with a sizeable bulk discount. Then, being fortunate enough to have excellent people in the sales and marketing department, they would be able to sell advertising on them to off-set the cost even further.

But South Africa does not “do” full ground cover. Instead, and equally wisely, they invest in new and refurbished drainage systems — just as Kallis used to rely on the conventional sweep shot. But when he needed something extra, he found it, scored a second innings century and saved a Test match, despite Harbhajan’s 7-120.

If CSA had used half as much wit and wisdom as their one-time star player they, too, could have saved a Test match.

The second and final Test begins at Centurion on Saturday. Fortunately, the long-term weather forecast is for warm and dry, which will give tourists New Zealand an excellent chance of winning their first-ever series on these shores.

The dry, overcast conditions, which prevailed for the final three days of the Durban Test, would have given the hosts a significant advantage had their masters not failed them.