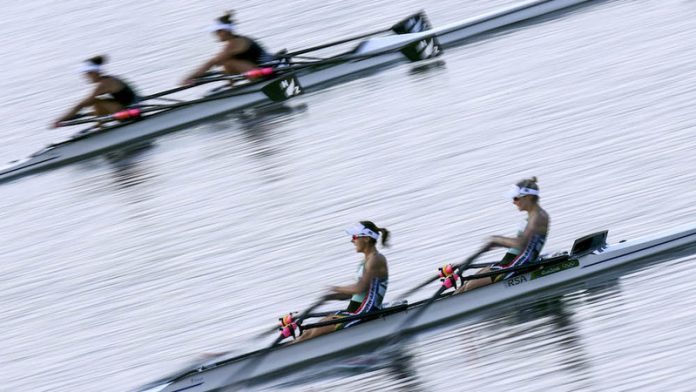 Having enjoyed the Rio Olympics, we have become quickly fatigued, wanting it to be over even as we hoped for another world record.

The next time we will feel as passionate about anything Olympic — whether it be a 10-medal haul or the International Olympic Committee members’ per diem of $900 a day — will be in Tokyo in four years’ time, an eternity away.

“We started thinking about Tokyo three years ago,” says Toby Sutcliffe, the head of the High Performance Centre (HPC) at Pretoria University, an institution that, along with the Tuks Sport High School, provided South Africa’s team with 39 athletes in Rio. “Our model is the 10000 hours, seven-year one. We can’t suddenly wake up to the implications of Tokyo from four years out.”

Part of the Tukkies campus, the HPC is an externally funded institution that ploughs back its profits into the athletes themselves, many of whom are at the university on scholarships. The institution recruits actively, says Sutcliffe, and once an athlete, golfer, footballer or rower is at the HPC, they are graded into one of three categories.

These are based on the athletes’ likelihood of capturing a medal in Tokyo, and those in each category receive greater perks on an upward scale. Those in “gold”, for example, might receive physiotherapy from an experienced, in-house therapist, whereas those in “bronze”, the lowest rung, might receive theirs from a young physiotherapist doing their internship.

With federations such as athletics, swimming (which has no sponsor) and boxing (no South African boxers were present in Rio) increasingly unable to deliver on their mandate of organisation and development, it has been left to institutions such as the HPC to keep South Africa’s Olympic flame burning.

Luvo Manyonga trains there, and 10 of the Banyana Banyana women’s football team were students at the Tuks Sport High School. Many of South Africa’s rowing crews are involved with the HPC in one form or another, and this seems set to continue. Roodeplaat, the rowers’ favoured training dam, isn’t far away, and it makes logistical and practical sense for rowers to be based upcountry, with its good year-round and largely windless weather.

A similar situation exists at universities elsewhere. The University of the North-West provided a sheltered training environment for Caster Semenya and Sunette Viljoen, silver medallist in the women’s javelin, whereas Wayde van Niekerk graced two of Bloemfontein’s premier educational institutions, Grey College and the University of the Free State.

“The federations are undoubtedly dysfunctional,” says Sutcliffe. “I call them the tracksuit and travel brigade. If it hadn’t been for the Afrikaans universities, I really don’t know where our medals would have come from.”

It is moot how much the South African Sports Confederation and Olympic Committee (Sascoc) has done for South Africa’s Olympic effort, although, in fairness, it is to some extent reliant on the sports-specific federations that fall under its control.

Although much has been made of the absence in Rio of the men’s and women’s hockey teams and the women swimmers, not to mention the failure to enter a 4x100m men’s relay team, less attention has been drawn to the invisibility of South Africa’s boxers, once a rich seam of Olympic gold. Not too long ago, amateur and professional wings of the sport were in rude health. Although the sport is undoubtedly in gradual global decline, South African boxing in the past five years has staggered, punch-drunk, from one administrative crisis to the next.

“Hockey is a growth sport,” says Kelvin Watt, who sits on the South African Hockey executive. “Astros are being laid across the country. Last year, the Maritzburg College first XI, the top-ranked schoolboy side in the country, contained a high proportion of black boys, so it’s got decent development credentials. Here’s a sport with a future.”

Neither hockey team in Rio would have won a medal but the sport’s Olympic neglect is the perfect demonstration of the institutional and politically motivated myopia that is holding South Africa back. Sutcliffe, for instance, believes that alignment is crucial if the country is to build on a steadily rising medal haul after the global embarrassment of Khotso Mokoena’s silver in Beijing eight years ago.

“People aren’t going to like me for saying this, but we’re a country of finite sporting resources. We have got to be more strategic, and if that requires Sascoc, big business and us to sit around a table and find a way of doing this together, we can. We have the will to do so.”

Sutcliffe believes such an alignment will lead naturally to a pre-existing terminus — Durban’s host- ing of the 2022 Commonwealth Games. With a falling rand and international competition outside the country increasingly difficult for cash-strapped federations to fund, he suggests that one way around this would be to attract meetings, regat- tas and tournaments here, particu- larly at junior level.

With many federations abdicating their responsibilities, it has been left to schools to develop and inspire. Sutcliffe thinks there’s something smelly out there. “There’s definitely a gap — I’m not sure we’re producing the youngsters and attracting the interest that we should be.”

Then again, it is unhelpful to generalise. South African Rowing brought back only a silver medal from Rio, but five crews made their way into A finals and several crews came fourth in those finals. This week, a women’s eights crew rowed in Rotterdam, in the World under-23 Championships — a South African first.

Here is a sport on a steady upward curve and one from which medals will surely come. It makes strategic sense to give rowing — and not amateur boxing, which secured a R10-million loan from the government last year — all the support it deserves.