Zuma loves a fight, even if he wins the battle and causes the ANC to lose the war 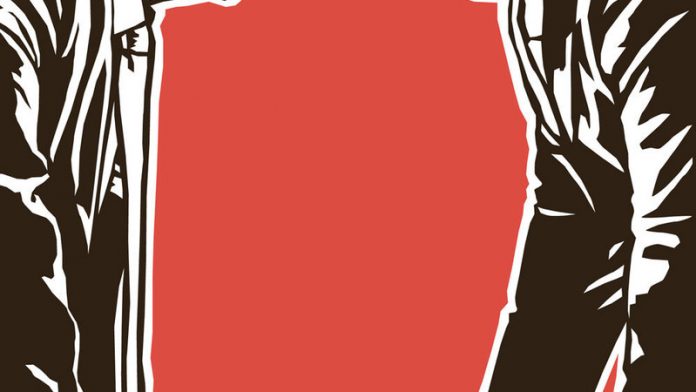 People who knew him well in the “old days” always say the same thing about Jacob Zuma: that he was extraordinarily brave, and that his personal finances were never anything other than chaotic.

It is now abundantly clear that these twin characteristics represent a lethal cocktail when the person concerned is head of state and maintains control of the body that put him into power — in Zuma’s case, the ANC. Zuma’s courage was legendary. He literally stared down the barrel of an apartheid gun and never blinked. And he enjoyed the fight — the tougher the situation, the more he was up for it.

But moneywise, it was usually a mess. It is also important to note, though, that those who were close to him then say, despite the opportunities that presented themselves, he never ever creamed anything off the top.

Of course things, and people, can change. This is part of the conundrum with South Africa’s president: his motives may not always be what they seem. Which is why it is easier to join the dots to the cash in some cases (the nuclear deal) than others (SAA or the SABC).

The real, underlying difficulty with Zuma is that he does not know that what he is doing is wrong, even when people tell him so, which is not nearly enough, because his legal and political advisers are manifestly inadequate, and because until very recently very few senior ANC people with the necessary heft to say what needs to be said have ventured to do so.

Partly this is about fear: Zuma knows how to use power and he knows peoples’ weaknesses and how to exploit and manipulate them. Part of his strategy with Finance Minister Pravin Gordhan is to use Cold War-style psychological intimidation against the man who dares to stand up to him and his nefarious manoeuvres and to grind him down, hoping that he will give up.

But Gordhan won’t. He, too, is up for the fight, however much it is taking out of him.

Zuma’s innate courage and pleasure in taking the fight to the enemy leads to arrogance. He becomes less, not more, prudent, making ever-bolder moves, as is evident in his decision to take over control of the committee that oversees state-owned enterprises, the frontline battleground in his year-long power struggle with the treasury. Thereby, he risks over-stepping the line, as he did in December, when he abruptly fired finance minister Nhlanhla Nene and replaced him with a weak, malleable placeman.

Thus, it is possible that Zuma will sanction the arrest of his current finance minister. It would be the ultimate gamble. All hell will break loose. But, again, Zuma will not accept that he has done anything wrong.

There’s a lot of talk, on social media at least, about what the “ordinary citizen” can do in this dangerous game of chicken that is being played at the very heart of government. What, people ask, can they do to help bring an end to Zuma’s increasingly despotic rule?

Though modern technology provides greater variety and technological assistance, the answer, as always in politics, is to organise and mobilise. Gordhan recognised as much in May, when he made his plaintive call “to all South Africans to protect the national treasury staff, who have diligently, honestly and skilfully served the national interest” against what he called a possible “subversion of democracy”.

Some of those treasury staff have been reaching out to civil society organisations in the months since then, and as the game of chicken between Zuma and Gordhan continues.

Happily, South Africa has capable and creative civil society leaders, and they, too, can exert influence and tilt the trajectory of history. And the courts are one part of the state that has not been captured, so the rule of law will continue to be used to hold the line.

Creative, bold litigation is on the cards. Watch this space.

If only Cosatu was what it once was, it could provide the necessary mobilisation. But, ironically, given its role in helping to bring Zuma to power, it too is part of the collateral damage of the Zuma years. It is enfeebled by rupture and the marginalisation of its best leaders.

Besides, the citizens of this country have already had their say — at the ballot box, on August 3. They delivered an unequivocal message — a sharp rebuke to the ANC and its leadership.

As a consequence, the political map of South Africa has been redrawn. Patches of blue now appear in provinces other than the Western Cape, as the Democratic Alliance sustains its long-term strategy of building incrementally, one province or city hall at a time.

In this respect, the DA’s hardest task during the intense coalition negotiations that followed the ground-breaking election result was to stay patient and not overreach itself. Because competitive politics is about the pursuit of power, it is very hard to turn power down when it is within reach. But better, by far, not to be in power than to be in government on the basis of a shaky or fundamentally flawed coalition agreement.

And that, now, is the delicate dilemma the DA has to resolve. There were 27 hung councils after August 3, two of which require by- elections. Of the remaining 25, the DA has been able to form a government in 15.

But in six of those it is a “minority” government, entirely dependent on the whim of Economic Freedom Fighters chief Julius Malema.

His party may not have won many more votes than it did in its first outing as a new party in the 2014 national election but, by grabbing enough votes to hold the balance of power, the EFF has put itself in a position of great influence in key cities such as Tshwane and Johannesburg. This is the disproportionate power that comes with being a true kingmaker. And this, too, will be a game of chicken.

Three broad scenarios are possible. In the first, the DA and the EFF leadership mitigate the risks well and Malema, in particular, takes the long view: that, rather than destabilise the DA-led councils and risk being blamed by the electorate for doing so, he plays along just enough so that city governments can make progress in responding to the needs of a disenchanted electorate, thus laying the platform for a possible broad anti-ANC opposition front or alliance in 2019 that is capable of pushing the ANC below 50% at national level.

In the second, the equilibrium is so finely balanced that sclerosis results from the constant need to maintain it, and city hall government grinds almost to a halt — in which case we can expect a similar overall result to this year’s result in 2019, with the ANC hanging on to a majority.

In the third, things fall apart badly, as Malema overplays his hand, taking the view that preserving his anti-Establishment position is a more important part of his political brand than being seen to be a mature, longsighted political leader.

Thus, not only is the DA’s own strategy of presenting itself as an effective and credible alternative government stymied but the ANC could also be the winner as voters turn back to it, dissatisfied by the chaotic failure of the opposition to govern in a co-operative manner.

But this final scenario assumes one other thing, which takes us back to where we began: that the ANC has come to its collective senses and jettisoned its disastrous rogue leader.

Former foreign affairs director general Sipho Pityana’s powerful display of leadership last week at Makhenkesi Stofile’s funeral, coming as it did so close to the outrage of the Hawks’ latest threat to Gordhan, may represent the turning point. If not, then the ANC may well have begun a long and painful descent from power.

This, you could be forgiven for thinking, would be enough for Zuma to do what Pityana urged, namely to fall on his sword. But, alas, Zuma is simply not of the sword-falling kind.

Richard Calland’s new book, Make or Break: How the Next Three Years Will Shape South Africa’s Next Three Decades, will be published by Zebra Press in mid-September.