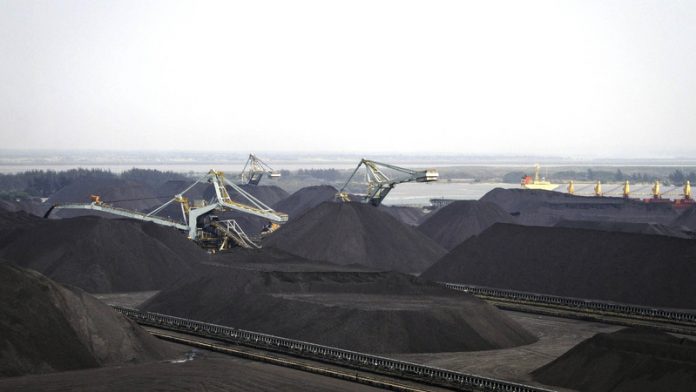 With the Guptas’ recent announcement that they will have sold all their South African assets by year end, most analysts predicted they would be parting with much of their empire at a significant loss.

But if this week’s speculated sale is anything to go by, the politically well-connected family will buck expectations.

On Monday, digital publication MiningMx reported that the Swiss-based commodity trading company Vitol had bought Gupta-owned Optimum Coal’s 7.5% stake in the Richards Bay Coal Terminal (RBCT) for about R3.6-billion. This comes only six months after the family bought Optimum Coal (of which the terminal stake was only a part) for R2.15-billion. This deal would fetch a hefty R1.45-billion profit for the Guptas.

If the sale, which will allow Vitol rights to export coal from the terminal, is underway at the rumoured price, the Guptas will be laughing all the way to the bank.

“I can’t even give an idea as to how they came to that amount,” said mining analyst Mamokgethi Molopyane. “Vitol is known in the industry to have quite an appetite for coal, and they have ambitions to move into the African continent.

“But, even if that is case, I didn’t expect it to sell at the amount it appears to be. It actually baffles me.”

The Guptas took over Optimum Coal in March. It had been handed over by its previous owners, among them Glencore and Shanduka Resources, for business rescue. Shanduka was believed to have taken a R130-million knock in the transaction.

Optimum Coal had gone through several troubled periods and reportedly looked to Shanduka for bail-outs during the 14 years in which it held a stake.

The Guptas picked up their own burden, however: Eskom had imposed R2.18-billion in penalties on Optimum Coal for supplying it with poor-quality coal in years gone by. The onus of that payment fell almost entirely on the family when the sale went through.

Nevertheless, at the end of August, Optimum Coal mine was declared “no longer financially distressed” and officially “discharged from business rescue”.

The coal price has favoured the Guptas’ timing: it hovered around $53 a tonne for the past year, but since May it has been on the up, now standing at about $63.

Even so, the nature of the sale and the profits involved have raised several questions, with some analysts speculating that the Guptas clinched the original sale with conditions that only political connections could have achieved.

“The million-dollar question … is why Glencore, the biggest exporter of coal in the world, could not export coal through Optimum in the first place, when they entered business rescue,” said Mining Web editor Warren Dick on SAfm.

“The further you go with this whole Gupta-Tegeta-Optimum deal, it really looks to me like Glencore got bullied. These are some of the sharpest guys. [Glencore chief executive Ivan Glasenberg] is a guy who has tremendous commercial expertise and knowledge of coal markets. You just can’t understand why they sold this mine so cheaply,” said Dick.

The business rescue practitioners and Glencore declined to answer these questions.

The deal itself is shrouded in uncertainty, with all the main players refusing to confirm its go-ahead. Vitol and Optimum Coal have declined to comment on the news, although they have not refuted it. But the coal terminal has denied any knowledge of it.

“The RBCT is not aware of any transactions with shareholders,” said its spokesperson, Nontuthuko Mgabhi. “Any transition will be governed by the RBCT shareholders agreement.”

At least one industry insider close to the deal insists that it is going ahead and that the Richards Bay Coal Terminal members have held a meeting to discuss the ramifications. They are reportedly disgruntled about the involvement of a foreign newcomer.

“If I was a member, one of the key things I would want to know is ‘who are these guys?’ ” said Molopyane. “They have no operational experience in South Africa. I might be worried too. But, until anything is confirmed, we will have to wait and see.”