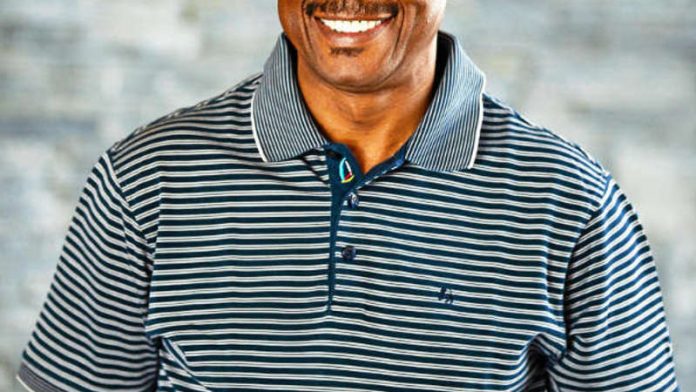 South African Revenue Service (Sars) commissioner Tom Moyane was the most efficient public official when rumours hit the tax agency of a “rogue spy unit” in its midst.

Within 48 hours of Sunday Times’ now debunked and retracted story on a Sars unit “illegally spying” on taxpayers whilst “running a brothel”, Moyane dissolved his executive committee.

In the days that followed, the tax boss initiated internal disciplinary proceedings against four of his colleagues, including deputy Sars commissioner Ivan Pillay.

They were suspended a month after the executive committee was dissolved.

Criminal complaints against the four officials as well as then Cooperative Governance and Traditional Affairs Minister Pravin Gordhan were laid soon thereafter with the Hawks.

Moyane’s coup de grâce however was a KPMG “forensic investigation” initiated in an effort to cement the alleged criminality. The highly-contested KPMG report turned out to be a R26-million documentary review only, rendering it useless for official use.

A court has never tested its allegations.

Yet, when Moyane received a damning in-depth report on May 17 this year from a banking regulator detailing suspected fraud and money laundering relating to 75 cash deposits into the bank account of his second in command, he seemed to have sat on the report for three months.

The six-page report seems to imply that the pockets of the second most senior official in Sars, Jonas Makwakwa, who is the executive and chief officer of Sars’ Business and Individual Taxes unit, were literally bulging with large sums of cash gained from various dubious sources.

The investigation includes Makwakwa allegedly being caught by CCTV footage depositing some of the cash into his account by ATM.

It further states that electronic payments were made into Makwakwa’s account from various sources, including “irregular and ad hoc payments from Sars”.

According to the report “[Makwakwa’s] payments (expenses) have grown (between March 2010 and January 2016), creating a dependency on suspicious cash deposits and payments to maintain his current standard of living. These payments and cash deposits are of concern as they originate from unknown sources and undetermined legal purpose”.

What triggered the investigation is unclear. The report, however, qualifies the unknown author’s concern by stating: “These payments and cash deposits are of concern as they originate from unknown sources and undetermined legal purpose”.

The report recommended to Moyane that a criminal investigation must be initiated to ascertain whether the alleged irregular flow of funds indeed emanates from the proceeds of crime and possible money laundering.

Moyane took no action against Makwakwa or Elskie. They remain in their positions, despite Makwakwa holding significant authority and influence in Sars, its processes and operations.

However, Moyane’s resistance to act decisively might land him in hot water.

Any official who holds a position of authority is obliged to report any criminal conduct, even if only a suspicion of the criminal conduct exists, in terms of section 34 of the Prevention and Combating of Corrupt Activities (Precca) Act.

It seems that Moyane sat with the Makwakwa report under lock and key for three months and might have only been jolted into action by surprise parliamentary questions from DA MP David Maynier.

Moyane was apparently shocked and evasive when Maynier quizzed him during a meeting of Parliament’s standing committee on finance on August 23.

He simply stated he would not “comment on current ongoing investigations”, and referred all follow-up questions to his senior officials, who were equally evasive.

However, days after the committee meeting, Moyane requested a meeting with Hawks boss Mthandazo Ntlemeza, culminating in a meeting on August 29, two independent sources confirmed.

According to the same sources, Makwakwa was presented with a written notice of Sars’ intention to suspend him on August 31.

Makwakwa was obliged to present reasons why he should not be suspended. The Mail & Guardian could not establish if any action has been initiated against Elskie. A source denied that any action against her was taken.

In turn Moyane could now face a jail sentence of up to 10 years, or a fine, if found by the High Court to be in contravention of Precca, concurred four legal experts who the M&G has spoken to.

According to two criminal lawyers, a commercial lawyer and a constitutional expert, the severity of Makwakwa’s alleged transgressions will impact on Moyane’s possible culpability.

“If Tom Moyane was aware of the facts of the report and at the very least had a reasonable suspicion that anyone mentioned in the report might be guilty, he should’ve reported the matter to the relevant authorities,” constitutional expert Pierre de Vos said.

“If he knowingly did not do so, he contravened the act and is a criminal.”

The Mail & Guardian asked for Sars’ comment on the matter at 9.31am on Monday, September 12. Sars spokesperson Sandile Memela replied at 3.23pm on Wednesday, September 14, saying Sars “will respond at the appropriate time”.

Said Maynier: “I hope my questions at a standing committee on finance meeting last month galvanised commissioner Tom Moyane to request a further investigation into “suspicious and unusual payments” allegedly made to a senior official at Sars. However, we cannot be sure and that is why I have submitted a a parliamentary question probing whether the preliminary report on the “suspicious and unusual payments” was received; whether the investigation, recommended in the preliminary report, is being conducted and why, if an investigation is being conducted, Jonas Makwakwa has not been suspended pending the outcome of the investigation, from Sars.”

The Makwakwa-report: What did it find?

It seems the report has identified at least three irregular income streams: “Irregular and ad hoc payments” from Sars, payments traced back to the department of water affairs and sanitation as well as various cash payments from unknown sources.

3. Some of these payments were traced back through about 14 accounts to the department of water affairs and Forestry;

5. R200 000, as part payment of a Mercedes Benz C220 Bluetec in favour of Kelly-Ann Elskie, was made from Makwakwa’s personal bank account. Elskie is employed by the legal division in Sars and is believed to be Makwakwa’s girlfriend.

7. The deposits were made over three consecutive days into three different branches of the same bank, all located within an approximate 10km radius.

The report said the “volume and value of the cash deposits are highly unusual” and recommended an investigation to determine if the cash deposits and payments “are proceeds of crime and/or money laundering in order to institute appropriate criminal justice action.

Zondo: Like Moyane, Zuma was central in Sars capture