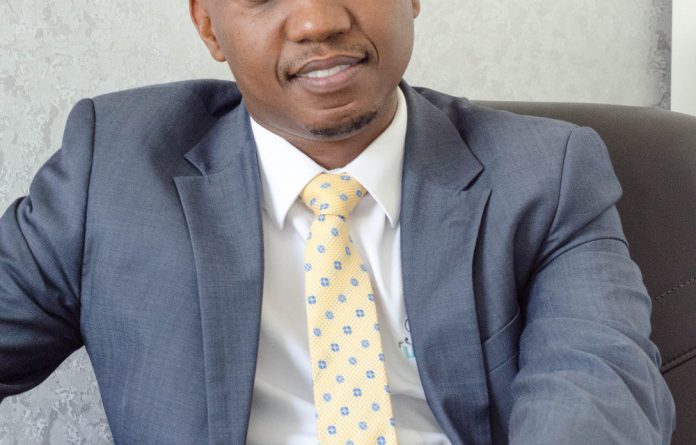 Uyapo Ndadi is a human rights activist, well known for his successful legal representation of the underprivileged, sexual minorities and those living with HIV in Botswana.

A lawyer by training, Ndadi is currently pursuing a master’s degree in law at the University of Botswana, where he previously graduated with a bachelor of law degree. In 2013 he resigned after seven years serving as executive director of the Botswana Network on Ethics, Law and HIV/AIDS (BONELA) and founded the Ndadi Law Firm in 2013.

Ndadi has interceded as a voice for the voiceless, by using the legal system to challenge the policies and legislation concerning HIV-positive people. While at BONELA, he pushed legal and policy frontiers by challenging the status quo and calling for pragmatic solutions to today’s sociopolitical issues.

As a result of his advocacy and legal representation, the High Court of Botswana (and subsequently the Court of Appeal) ordered that the Botswana government provide all foreign inmates in need of ARV treatment with the appropriate medication.

Following Ndadi’s challenge of the Act’s constitutionality in 2014, the High Court declared a provision in the Adoption of Children Act unconstitutional in so far as it permitted children born out of wedlock to be adopted without their fathers’ consent.

Ndadi has been at the forefront of advocacy in Botswana, ensuring that successes are shared with the communities to empower them. He was part of the movement that pushed for the Domestic Violence Bill in 2008, and became the first lawyer to present a domestic violence case in court.

As a result of his achievements, Ndadi was voted one of the Top Ten Outstanding Young Persons of the world by Junior Chamber International in 2010. Subsequent to this honorary award, the US president, Barack Obama, invited Ndadi to the White House for a conference on the role of young people in Africa-USA relations.

In addition to providing free legal representation, Ndadi believes in contributing to the communities he lives in. He is currently providing internet for his former primary school, St. Augustine’s in Serowe, to ensure that, unlike in his time, the pupils are connected to the global village.

He often extends a helping hand to the Thini Village Development Committee in Tutume, and also creates time to mentor and share his wisdom with other young people.