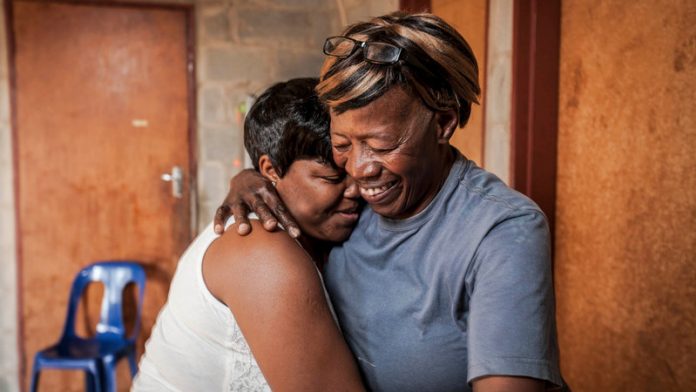 The issues raised by South African university students in a new round of protests must be read as inter-related and integral to the ongoing decolonial project.

Racism, gender-based violence and oppressive working conditions – which persist at the country’s universities – are fuelled by ideas that crafted a world in which we’ve come to justify and legitimise society’s hierarchical organisation. Psychologists are key participants in that legacy. They are complicit in shaping such attitudes of mind.

Psychologists drew historically from theories of social Darwinism and eugenics to espouse the hierarchical categorisation of people into race groups. African people were posited as the least human of all.

Examples include the early 20th century psychological projects that involved intelligence testing and other forms of psychometric testing. These placed people’s minds and abilities on a hierarchy determined by race.

Psychologists defended ideas of natural selection and “survival of the fittest”. Their defence ultimately led to the legitimisation of slavery, colonisation and apartheid. It resulted in the genocide of millions of Africans and colonised people from the global South.

Psychological research still uses the mind, and more recently the brain, as indexes of difference.

The focus on neurological differences between men and women; or understanding the mental health or brain types of substance abusers, criminals, homosexuals, obese people, HIV positive people, is problematic when it translates into research findings that link obesity with low intelligence, women with irrationality, young people with deviance or the poor with lack of empathy.

When such findings are made public they re-inscribe processes of inferiorisation and control. Such research reproduces ideas about who is considered “normal” – and who requires “intervention” as well as the type of intervention.

But the mind doesn’t exist on its own. It is inside a living person. It is shaped by personal experiences, beliefs and actions. These take shape in a social context. The mind is produced by our social environment.

A decolonial turn for psychology would mean moving away from the assumption that the individual is the central unit of analysis in ways that overlook people’s social, economic and political contexts.

To understand the root causes of mental illness, we have to school ourselves and other psychologists in how broader relations of domination and subjugation play themselves out in people’s daily lives. Once we recognise the impact of social ills on people’s well being we can begin to see how prescribing therapies and medication are only stop-gap measures. If we want to make a lasting difference in people’s lives as psychologists, we must also intervene in the structural inequalities and experiences of violence and discrimination that exist in society.

If we don’t, aren’t we simply assisting people to adapt to and survive oppressive living conditions?

In an address at the University of Cape Town’s Institute for Creative Arts, Professor Nelson Maldonado-Torres proposed 10 theses on decoloniality.

He emphasised the need for an aesthetic decolonial turn through which les damnés – Frantz Fanon’s term for the oppressed – emerge as creators and agents of social change. He went on to say that for academics, this means no longer only taking refuge in knowledge projects or academic work. What is needed is a collective project that involves political organising, strategy and activism.

More politicised forms of psychology have emerged since the 1980s. These include feminist psychologies, postcolonial psychology and liberation psychology. These strands of the discipline have a more social and critical focus. They investigate relations of power between groups in society. They treat people’s identities as diverse, fluid and intersecting. People are viewed as historical beings whose minds have been constructed by and through their social, economic and political environment.

They also propose innovative, creative methods that question traditional relationships between researchers and participants in ways that mitigate the epistemological violence often exercised against those who are researched.

These theoretical projects are intrinsically political, involving forms of activism through consciousness-raising, mobilisation and social action.

Students have shown academics that they want to learn about these types of knowledges as they re-centre their experiences and cultures in the academy. They are asking a fundamental question about what academia is for.

Is academics’ work critically engaging with issues of race, class and gender and against oppressive practices? What are the theories that can craft, guide and sustain alternative social systems? These theories should and must emerge from the relationship between the knowledge production taking place in academic institutions and people’s lived experiences. How would we know what needs to change to achieve a just society without knowing about the lives of those who are most marginalised by social systems, and how to engage them in collective struggles?

A process of change

A decolonial turn is a process of change, both in thinking and practice. This is closely linked to academic institutions as key locations of knowledge production.

Several things have become central to a university’s functioning: eradicating the colonial past, reflecting on what is still wrong with the present and imagining a future where the intersecting experiences of the most oppressed are recognised and valued. This can all contribute to the emergence of relevant, productive theories.

For psychologists in South Africa, I suggest that an engagement with blackness, black feminisms and black masculinities is central to the project of building healthy communities. It opens up possibilities for mobilisation, action and social change.

This article is adapted from an address made at the Psychological Society of South Africa’s Annual Psychology Congress that took place in Johannesburg from September 21 – 23 2016.