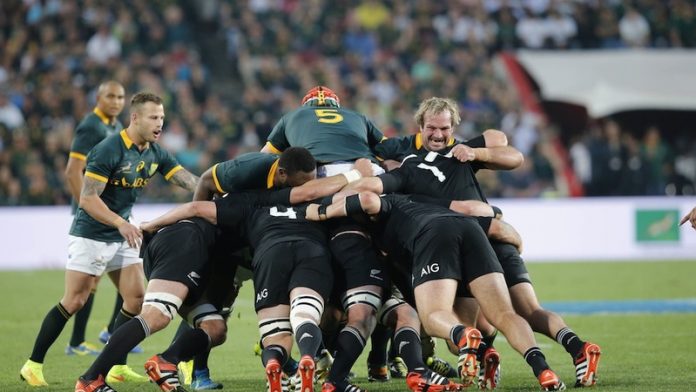 The Springboks will have their work cut out for them if they hope to progress to the knockout stages at the 2019 IRB Rugby World Cup. Allister Coetzee’s men were handed what many would consider a nightmarish draw after being grouped with Italy and defending champions New Zealand.

All Blacks coach Steve Hansen said their match-up against South Africa in Pool B would now give their annual Rugby Championship games extra meaning.

“Everyone will get excited by it, and we know each other pretty well so we’ll just continue to get to understand each other before we get here,” Hansen said.

England and France were drawn in the same pool alongside Argentina as they were handed a tough assignment for the 2019 World Cup on Wednesday.

Hosts Japan got a kinder draw against Ireland and Scotland at a ceremony in Kyoto.

On home turf, the 2003 champions embarrassingly failed to reach the knock-outs after landing in a group with Wales, Australia, Fiji and Uruguay.

Twelve teams were included in Wednesday’s draw by virtue of finishing in the top three of their groups at the 2015 tournament.

Another eight teams from Oceania, Europe, the Americas and Africa will be added after qualifying for the tournament in Japan in two years’ time.