In whose shadow will my boy be grown? 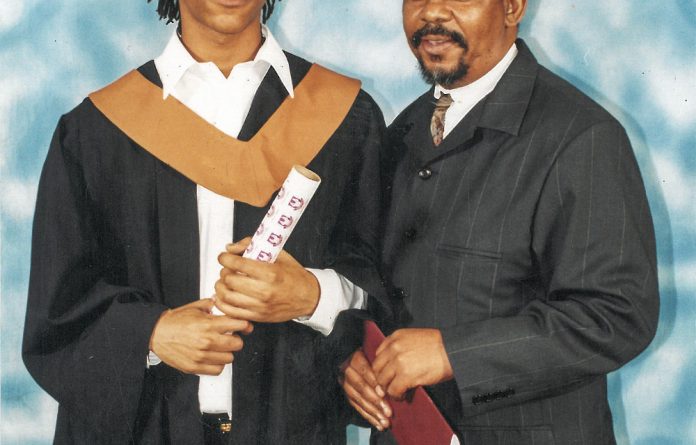 Like most of us, I have been institutionalised, one way or the other, for most of my life. In my first year of Catholic boarding school (in standard two), I remember the matron taking one look at my “mommy’s boy” face and condemning me to an entire term of cleaning toilets in the name of toughening me up.

The nuns would censor our mail. So when one intercepted a letter to my mother in which I complained of being picked on by the older children, instead of addressing the issue, she asked me whether I considered myself an angel. The subtext was clear: “Stop ‘bitching’ and toughen up.”

At eight, church was an involuntary, daily occurrence. I realised later that the frequency of these sessions, accompanied by dreary-sounding hymns, was to inculcate in our minds the idea that God and Jesus were white and male. By this time I probably took the idea for granted.

Although I struggle to inhabit the mind of my eight-year-old self, I know that the attendant imagery was too hard to shake off. Jesus and his 14 stations of the cross were depicted in the image of the very same German authorities, who apparently sought nothing more than our “education”.

By 1990, I was 11 and Jesus was competing against other myths. I remember watching Nelson Mandela’s release on our boardinghouse television with naive optimism. Nearing the end of primary schooling, my cheeriness could not have been more premature.

When a white boy called my friend a kaffir in high school, a mere two years later, the ensuing fistfight left the white boy with diminished vision in one eye. I remember revelling in his injuries, even more so when, a few days later, my friend was suspended and the offender was left to wallow in his own victimhood.

By then, I had witnessed both men and women of authority’s misguided attempts to make men out of me and my peers. We were being toughened up, but the unchecked racism in these institutions was turning black youth in particular, into cold, combative young lads with chips on their shoulders.

Not for us was achieving by their standards. Quickly seeing this false assimilation for what it was, my friends and I evolved a noncompliance aesthetic built on black male stereotypes. There was a decided shiftlessness between periods as a form of rebellion; saggy pants as a way of resisting neatness and, importantly, lobbying the school to introduce basketball as an official school sport.

And because they offered respite from the barrenness of our weekends in lockdown, our heroes became rappers and sports stars rather than political leaders.

The rage of the Los Angeles riots, transmitted on CD by Dr Dre’s The Chronic, meant coming to grips with the necessity of therapeutic conflict but also the other side of that machismo: hypermisogyny. In his timeless portrait of rapper MF DOOM, Ta-Nehisi Coates writes that “Hip-hop feeds off the aggression of postpubescent males.” Predictably, the term “beeyatch” (as pronounced by Too Short and later, Snoop) became part of our lexicon, “nigga” not so much.

With local hip-hop, of late, being shorthand for class mobility, the world conjured up in rap songs has often permeated into real life encounters.

Remember when Durban hip-hop group Witness The Funk was accused of gang raping a woman in a Morningside flat? The woman dropped the case despite different specimens of semen being found on her during her medical examination.

Entitlement over women’s bodies flows seamlessly from one generation to the next. Add to this cocktail a society not sure how to deal with the ascendancy of women into positions of social power and the pent-up rage of black men who are constantly revved up for an anti-colonial struggle war they will never get to fight — then you might begin to contextualise our romanticisation of violence and our performance of it on a daily basis.

As a man who lost much of my time with my father to the migrant labour system, I often wonder how more time together might have affected the men we were to become.

Faced with the frontal stare of my expectations on a daily basis, might he have made better choices? Had I felt him approachable enough after a decisive breach in our relationship, might I have forgiven him and perhaps, conducted my own relationships differently?

Also, with my inherited baggage about what masculinity is and is not, how do I know if I am helping my five-year-old son unlearn these hand-me-down patterns or if I am merely updating them?

Just the other day, I told him that it is not cool to turn the other cheek at school. “Hit back just as hard before telling the teacher,” I said, paraphrasing The Coup’s Wear Clean Draws.

I realised that with those words, I was already fashioning a man in my own image. In that sentence alone, there is a built-in mistrust for authority. His teacher can only solve problems he has already solved for himself, just like in the case of my high school friend and his white classmate.

When my son asks me about police, I have to tell him about their historical role in terrorising black men such as his father. In a way, I am already preparing a five-year-old for the reality of having to be hostile to authority in a supposedly free society. What will he do should he find himself in a situation that immediately needs police involvement?

The more I converse with him, the more I realise that, ultimately, the lessons are not in what I say but in what I do. I became the person I am as a result of the examples I saw around me, be it friends, parents or teachers. My role in his life is to be present first, and approachable without necessarily being too vocal. Mine is to learn and support before being instructive.

In an article on motherhood and writing in last week’s edition of Friday, Sibongile Fisher says to fellow writer Megan Ross: “We are both raising sons and this is what worries me. How will they reimagine manhood outside of patriarchy when the world around us won’t change?”. Ross responds by saying: “We raise men who understand how much the system hurts them as well as women.”

Reading their moving accounts, it dawned on me that, as a man, the idea that we have some inherent knowledge of raising other men no longer holds true. Perhaps it never did.

Kwanele Sosibo is an arts writer at the Mail & Guardian. Boarding school and reporting failed to toughen him up.

Men carry the burden of society’s expectation of masculinity

From ‘academic boys’ to ‘sex-jaros’: What it means to be a black boy in a South African township

Slice of life: I’m a  ‘neguinho’  who is really good

Watch where you put your hands, oaf !

Why is male rage sacrosanct?