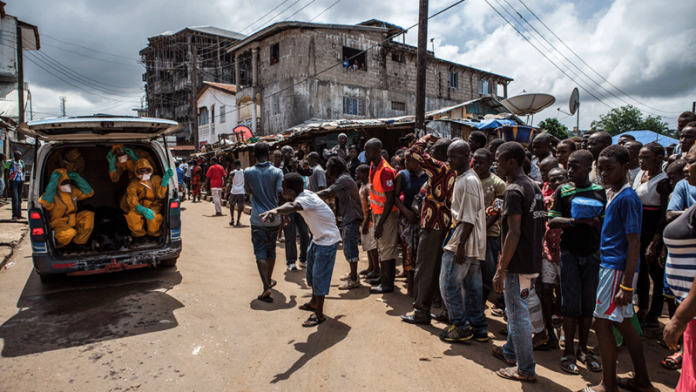 Earlier this month, Doctors Without Borders (MSF) held its International General Assembly (IGA) in Johannesburg. This was the first time the meeting, which is the humanitarian organisation’s highest decision-making forum, has been held outside of Europe.

“It was key to be able to have an outside Europe, and to come closer to where we have a critical mass of operation which is in Africa,” explained Joanne Liu, MSF’s international president, in an interview with the M&G.

“Between 55 and 60 percent of our operations are held in Africa. So there was the intent to come closer … And, as well, South Africa is one of the first sections that we opened outside Europe. And it was a 10-year anniversary of the [SA] office this year. All in all we thought it was the right timing to come,” said Liu.

South Africa is also a much cheaper venue, Liu admits. “We are on 96% private funds, meaning that it’s my father, my neighbour, my uncles who gave money … we need to bring value.”

Liu is a Canadian pediatrician specialising in emergency medicine. She took charge of MSF in 2013, and the position makes hers one of the most powerful voices in global health. MSF, with a presence in 70 countries and an annual budget in excess of $1.5-billion, is one of the biggest providers of healthcare in the world. It operates almost exclusively in conflict and emergency zones.

And it’s only getting bigger. “We are increasing our footprint around the globe. We have 48 offices around the world today. The reality is we don’t want to become a franchise or the Starbucks of MSF, so it needs to bring value to what we want to do in terms of operation, and we still want to be a manageable movement. So whether we strike right balance is really the challenge today,” she said.

Liu had been in the job for less than a year when the Ebola outbreak began in Liberia, Sierra Leone and Guinea. MSF reacted far quicker to the emergency than other international actors, in particular the World Health Organisation. The sluggish international response continues to shape Liu’s view of the global health system.

“When we talk today about the global health security agenda, and how things are playing out right now, it’s pretty much a global north-driven initiative. And the reality is because it’s a global north-driven initiative, it is more tailored to the needs of the global north,” said Liu. “Unless we balance people who will input on crafting the agenda, this will be very imbalanced and will only respond to the needs of one part of the world.”

Even when talking about some of the worst disasters in the world today, Liu cultivates a matter-of-fact persona – some might call it aloof – that cracks only when she speaks about the responsibility she feels as the titular head of an organisation whose successes, and failures, affect hundreds of thousands of lives.

“The thing is, we just want to make sure we’ve done our due diligence, and that we have taken all the insurances that we can in terms of safety and security for our staff and for patients we care for,” Liu said.

“Sometimes, you take those very difficult decisions that you can’t do that. That’s what happened in Somalia in 2013 – despite the level of needs, we pulled out. We’ve done that in other places, after the Kunduz attack [an MSF hospital in Afghanistan was bombed by United States forces in 2015] we left, and we’re still not back.

“So there is, there is at times a red line that is crossed, and we just say until we are able to ensure safety and security then we will not go back.”

Disclaimer: The author is related to an MSF fieldworker.