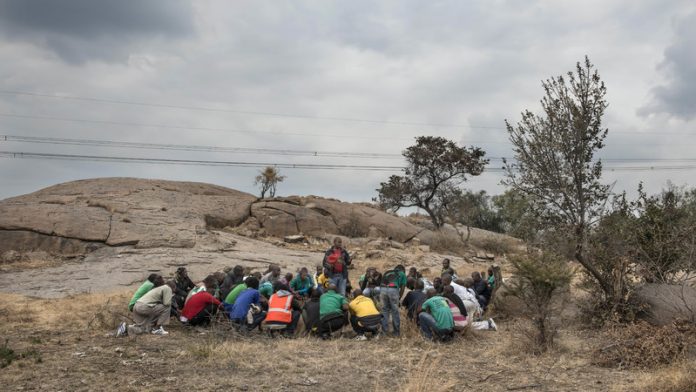 On August 16 2012 the South African police shot and killed 34 striking miners at the Lonmin platinum mine in Marikana, near Rustenburg in North West. On June 25, 2015 President Jacob Zuma finally released the report, by retired judge Ian Farlam’s commission of inquiry, into those deaths and 10 others that occurred during the strike.

In this special report published in 2015 they explore evidence put before the commission that strongly suggests 17 miners, who posed no threat to the police, were executed away from television cameras at “scene two” on August 2012.

They also look at the housing shortage in Marikana, which was one of the motivating factors behind the 2012 strike, and test the current temperature in the town that the government and Lonmin appear to have failed.