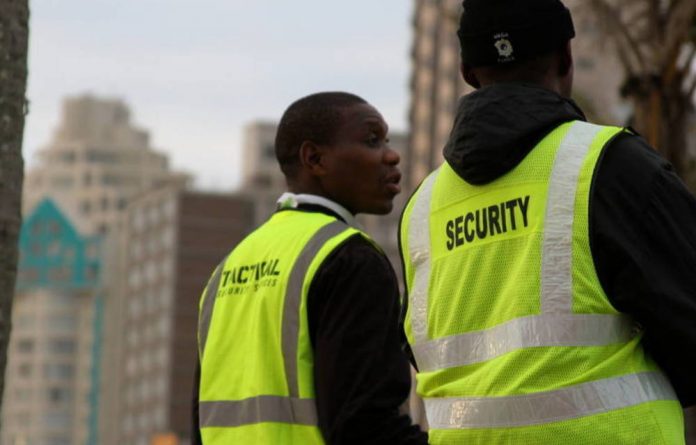 Eight companies that have supplied lucrative security services to the Durban council over the past 13 years under a series of controversial contract extensions have booked yet another ride on the gravy train.

Last week the high court in Durban set aside the latest tender award, to 37 new contractors in August this year – with the agreement of the eThekwini municipality.

This followed an application by two of the eight current beneficiaries, iMvula Quality Protection and Secureco Metsu, for a new order instructing the council to cancel the new tender and find fresh service providers by February 16 2018.

The court also instructed the city to retain the eight existing companies until it does so.

This opens up the possibility of further lengthy extensions. One of the 37 who have now lost out, Raite Security and Consulting, complained that the latest order “grants no protection to service providers such as Raite that flagrant breaches of the eThekwini municipality procurement policy will not continue”.

There are suspicions in the security industry that the municipality’s delays and failures to re-award the tender over more than a decade is the result of political pressures.

One of the eight current service providers. Royal Security, was previously owned by President Jacob Zuma’s friend and provider Roy Moodley. His son is now listed as a director.

Earlier this month the DA questioned Zuma on investigative journalist Jacques Pauw’s allegation that Moodley paid the president an untaxed “salary” of R1-million a month through Royal between 2009 and 2010.

Raite and another of the 37 new companies, Tactical Security, registered their opposition to the order, but Tactical withdrew its opposition after being threatened with court action by iMvula’s lawyers. Raite is consulting its advocates on its options.

The current extension has its origins in an urgent application by iMvula to scrap the latest tender award in September this year.

The application cited fears of official interference in the tender process after an email by an anonymous whistleblower accused the city’s deputy head of supply chain management, Zandile Sithole, of influencing the tender to favour companies in which she allegedly had an interest.

Sithole, who has been suspended, did not respond to amaBhungane’s questions. In an affidavit, city manager Sipho Nzuza said there is no evidence that she had interests in, or manipulated the tender outcome.

Judge Kruger also ordered the municipality to issue a request for quotes for interim service providers by October 31 this year.

While the municipality complied with the order by issuing a request for quotes on October 4, on the day they were due – October 12 – it withdrew the request, citing “a fundamental error which we are (legally) advised may be fatal to the intended [request for quotations] process”.

The deadline lapsed without the city reissuing the request.

There are widespread perceptions in the industry that politics is driving the repeated extension of the existing contract.

In addition to Royal Security’s Moodley’s well-known friendship with Zuma, three of the eight incumbents – iMvula, Enforce and Secureco Metsu – either have, or previously had, directors with ANC connections.

Another, Isidingo, allegedly used its political muscle to have the 2012 tender set aside.

In a 2010 report claiming Khuselani was one of a group of security companies that overcharged the eThekwini Municipality by about R15-million, the Mercury newspaper alleged that the company’s owner, Mahomed Yacoob, “openly boasts” of his political connections.

All the companies have denied benefiting from political connectivity, while the city did not respond to a request for comment.

The security contracts, to guard municipal buildings and protect top officials, are extremely lucrative. A report by the security management unit to the city’s executive committee in June estimated their total value at about R50-million a month.

Emails show that on November 1 the municipality circulated a draft consent order, which amaBhungane has seen, proposing that the eight current beneficiaries continue rendering services until January 31 next year.

When iMvula Quality Protection demanded an open-ended model with no time limit “that allows complete flexibility”, the city agreed.

AmaBhungane has learnt that aggrieved tender winners Tactical and Raite gave notice of their intention to oppose the consent order in late October and early November respectively.

This prompted a tough response from iMvula’s lawyers, who warned in a letter that they would take court action against Tactical’s “pointless and unsustainable” opposition and that the latter faced “a punishing costs order” potentially involving 14 legal teams.

In his affidavit, city manager Nzuza reportedly conceded that the existing service providers “have unduly benefited from extensions and section 36 appointments, which have been ongoing for a period of more than 10 years”.

Section 36 of the municipal supply chain management policy allows for normal tender processes to be sidestepped in emergencies.

The tender delay has major financial implications for a number of the new contractors.

“In preparation to begin rendering services, we have bought uniforms, vehicles and weapons to the value of more than R1-million,” said the owner of one of the 37 companies, who asked not to be named.

“Some of the smaller companies that borrowed money to prepare for this tender might not survive this tender being scrapped.”

At least two company owners expressed the view that the whistleblowing email was manufactured to justify the tender delay.

“Those graves were our title deeds”