‘They made me feel like a murderer’: Stigma endangers women seeking legal abortions

In September, Bontle Mabe, 22, heard she was seven weeks pregnant after a blood test at her local clinic.

She knew that she wouldn’t be able to take care of another child. Mabe, who chose not to use her real name, already had a one-year-old son. And she earned only R2 500 a month.

Mabe wanted to have an abortion.

But no one could know. She would be ousted if anyone found out.

Mabe visited the closest community health centre every morning for five days in a row to no avail.

“There were only two nurses at the clinic. They made me feel like a murderer for wanting to end the pregnancy and told me how much pain I would be in.”

Anxious to get the abortion over with, Mabe borrowed R4 300 from a loan shark to have it done at a private abortion clinic, Marie Stopes, in Soweto.

“I was completely traumatised. I have never cried so much. But the nurses must have lied about the pain  – I expected much worse.

“Luckily, it’s all over now,” she says softly. 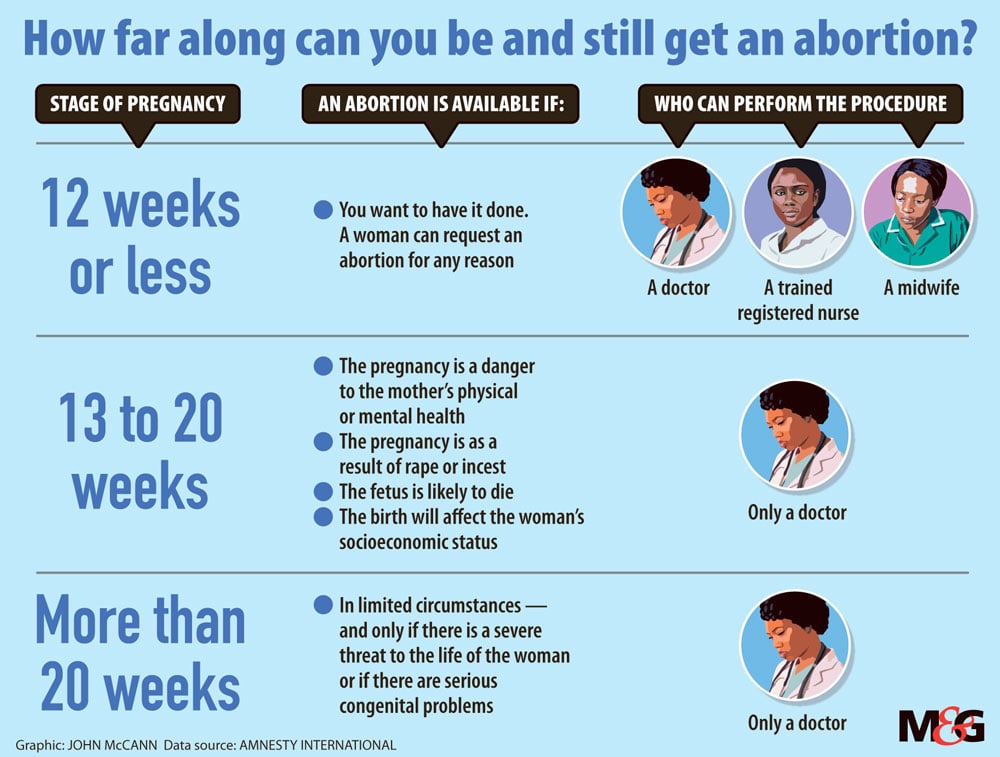 The national health department is currently expanding access to medical abortions that can be performed outside of hospitals at, for instance, community health centres.

Mabe is not the only woman against whom health workers have discriminated. Indira Govender, a member of the Rural Doctors Association of South Africa in KwaZulu-Natal, says doctors and nurses who refuse to provide abortions on principle – called “conscientious objectors” – contribute to the dearth of abortion services in the country.

Conscientious objection is legal, but only if a referral to a willing doctor is provided. Unregulated objectors can become a law unto themselves and bring abortion services to a standstill, Govender says. “Objectors may not want to prescribe pain medication for the procedure, refuse to provide the abortion pill or to do an ultrasound.”

Often there is only one nurse or midwife responsible for abortions at a clinic. If this person is not available to do the procedure, the person answering the clinic’s phone may lie and say there are no abortion services because of their own beliefs, Govender says.

During the survey, health workers’ discriminatory beliefs were evident: “We don’t provide abortions here. This is a child-friendly hospital. Your child could be the next president,” our #SizaMap consultants reported being told.

Yogan Pillay, the health department’s deputy director general for maternal, child and women’s health, admits that these doctors and nurses endanger desperate patients. “We fully understand that pregnant women, often in desperation, then seek the services of ‘backstreet’ abortionists with sometimes fatal consequences,” he says.

The department plans to issue stricter guidelines on conscientious objection, according to a draft paper on the Choice of Termination of Pregnancy Act.

The rules will instruct objectors to “make the necessary arrangements to ensure the patients can be seen by a provider who can conduct the termination”.

But for Mabe, the damage has been done. She explains, her voice cracking with emotion: “I haven’t spoken to friends or family about the abortion – and I never will.”

May the force be with us