When the ANC passed a resolution to allow expropriation of land without compensation at its 54th annual national conference, it returned to its original mission.

Although 1912 was the year of the ANC’s founding, it was a single event in the following year, 1913, which sharpened its trajectory. On June of that year, the Natives Land Act was passed, formalising into law the violence of British colonial conquest of the mid to late 19th century.

The South African Native National Congress (SANNC), a political organisation founded on a vision of peace, racial equality and justice, was urgently confronted by the legalisation of the conquest of South Africa — the taking of land “away from those who have a different complexion or slightly flatter noses than ourselves”, according to Joseph Conrad’s Heart of Darkness.

Now, the soft glove of “civilisation” of the proselytising Christian missionaries could no longer hide the iron fist of British imperialism. Yet the SANNC chose soft means to resist colonial violence. Law was central to this. In fact, the idea of the rule of law was the explicit platform on which the struggles for a nonracial order would be built.

Three African lawyers trained in the United Kingdom were at the founding conference of the SANNC in 1912: Pixley ka Seme, Alfred Mangena and George Montsioa. Richard Msimang was not present but he would play an influential role in grounding the ANC’s struggle for the return of the land in the rule of law. His writings, today largely forgotten, explain why 1913 should not be remembered only for the legalisation of dispossession but also for the taking away of the cattle of black people and their resultant conversion into wage labourers.

Msimang and Sol Plaatje were assigned by the SANNC the task of documenting the experiences of Africans under the Land Act. Plaatje recorded his observations in his book Native Life in South Africa, with the now legendary opening line: “Awaking on Friday morning, June 20, 1913, the South African native found himself, not actually a slave, but a pariah in the land of his birth.”

Msimang detailed his findings in a 1916 article, Natives Land Act 1913: Specific cases of evictions and hardships, etc. His study focused on two provinces with large numbers of black land owners, who had been rendered “squatters” by the application of the Land Act: 436 000 in Natal and about 80 000 in the Orange Free State, who would soon be driven off the land. 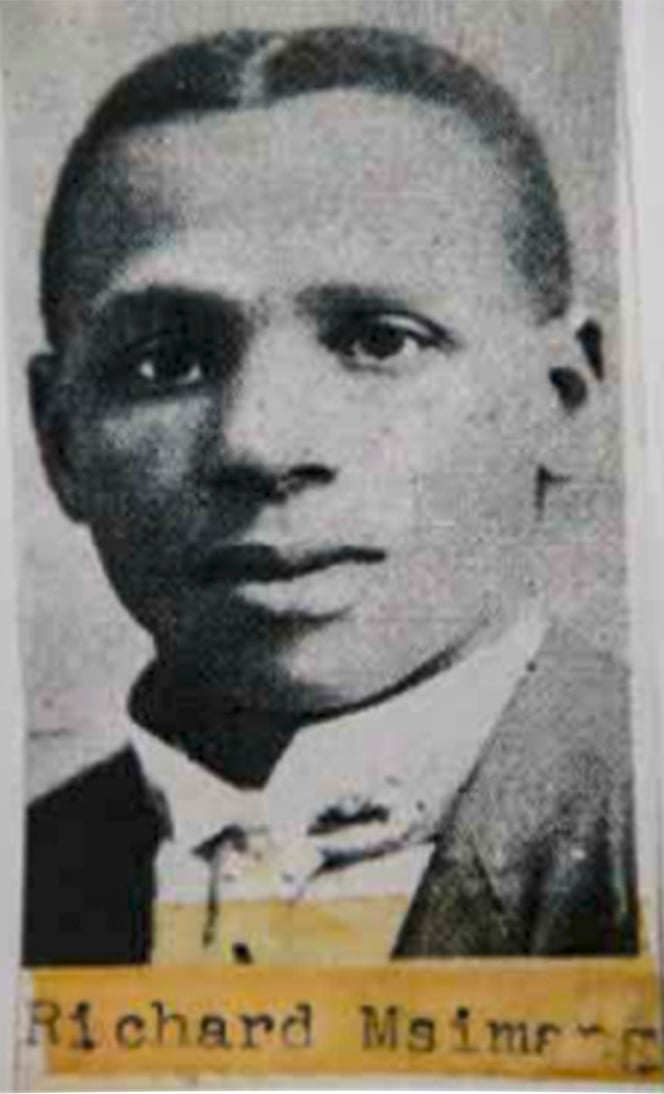 In Natal, most of them had already been given six months’ notice to vacate, while in the Free State the average notice period was five days, and in other cases people were given “one hour’s notice to leave and trek”. The removals were capricious and amounted to “loss of buildings without compensation, and reduction to a state of vagabondage with no prospect of permanent settlement”.

Msimang collected from those he interviewed the numbers of livestock lost in the eviction process, proving that the effect was also deprivation of cattle and other livestock, the people’s only means of wealth and livelihood.

He gave specific instances of removals: Jantje in the Free State was told “to leave the farm within eight days to seek a place”; William was given two days “to seek a place not to remain an hour in the farm”; Jacob, Piet and Melka, together with 12 cattle and 20 sheep, were instructed to leave in four days.

There were also group evictions, affecting large communities. Msimang recounted one such instance in the district of Ladysmith. Chief Sibisi and his people had for many years been forced to live as squatters on a farm. The families were ordered by the government to vacate within six months. When they sought protection from the local magistrate, he advised that they could remain, provided they agreed to work as labourers for the new farm owner — equivalent to slavery, noted Msimang.

The link between the loss of land and loss of livestock was made vividly clear in the affidavit of Chief Sandanezwe Mchunu, from the district of Dundee: “I have livestock consisting of 50 sheep, 30 goats, 30 herd of cattle and seven horses … I fear I shall have no place to which to go and shall be obliged to sell or dispose of my said livestock at a loss for which I shall have no place in which to store them for grazing … The farmer tells us to sell all our livestock.”

Upon reporting the situation to the magistrate, Mchunu was advised that he should come to an arrangement with the farm owners “whereby we must agree to work on the farm for nothing and without pay according to the new law”.

The situation in the Free State was no different. Many people who were evicted were simply told to go to Basutoland. After Zachariah Doge was evicted, he was forced to wander about with his family and the 20 cattle and 40 sheep they owned. Anbooi Molele was evicted but he returned as a labourer after selling his stock at a loss.

People were usually given about a week, or at most 10 days, to vacate. Some disappeared and were never again found. John Bhaka was one of these: he went to Basutoland but his family reported that he had never since been seen or heard from. A large number of people were simply recorded as “whereabouts unknown”.

Africans had to give their livestock to the very farmers whose land they were working, with no pay. Msimang noted that these people were given notice to leave if they refused to sell their livestock. The farmers knew full well that they would not find other farms to live on, so it was a “good opportunity to make them life serfs”.

This was the inevitable outcome: the farmers knew that as long as Africans were able to own property, they could maintain their independence. Without property, they were compelled to submit themselves as labourers.

Msimang’s accounts constitute probably the most vivid illustrations of the effects of the Natives Land Act. By using individual stories, Msimang was able to demonstrate that the Land Act achieved three interrelated outcomes. First, the loss of land and the drastic curtailment of security of tenure when black people were evicted at the whim of government or any white person. Second, the loss of property, particularly in the form of cattle. The accounts show that the cattle were not “lost” but were instead confiscated by white farmers. Often, sham transactions were entered into, in terms of which black people were compelled to “sell” their cattle to have a place to stay.

The third outcome was the conversion of Africans into a class of labourers. But, importantly, these were no ordinary labourers. They were unpaid labourers, operating in an environment equivalent to forced labour, which resulted in many leaving to settle in present day Lesotho.

More than 100 years after the Natives Land Act, the distribution of land remains largely as envisaged by that legislation. Despite earlier promises, our constitutional reforms have hardly scratched the land’s surface. The main piece of legislation, the Restitution of Land Rights Act, passed in 1994, has been an abject failure insofar as the return of land to blacks is concerned.

Between 1994 and 2003, only 3% of total agricultural land was returned by way of restitution, measured against the stated target of 30%. In the years that have followed to date, another 3% has been added. Quite apart from the slow pace of redistribution, before the ANC conference in December, land had disappeared from the rhetoric of the ANC. Prominent in its “transformation” discourses were the concerns of the affluent classes: affirmative action and black economic empowerment.

By placing land back on the table, the ANC not only reclaims its historical mission, it seeks the implementation of a basic constitutional demand. Dignity, equality and freedom — the values that animate the Constitution — are only possible if the injustice of the taking away of the land is addressed. Cyril Ramaphosa, the new president of the ANC, now inherits the ideological legacy of, among others, Richard Msimang.

Between their generations stand the intellectual contributions of Professor ZK Matthews, who, in 1953, conceived of “a Freedom Charter for the democratic South Africa of the future”.

The vision for the return of the land did not disappear with the birth of the Charter. Rather, land would be “re-divided amongst those who work it to banish famine and land hunger”. Everyone would have the right to own, buy, hire or lease and occupy land. Redistribution of land, Matthews believed, could only be achieved through expropriation.

Not every piece of ground was liable to expropriation. Nor was expropriation exclusively for Africans. This is how Matthews put it: “I think the state would have to use wide powers of expropriation. Experience shows that depending on people’s willingness to sell is not sufficient. Compensation would be paid. I don’t think we would set ourselves the objective of getting 80% of the land into African ownership. We would expropriate absentee landlords and give both white and black farmers an opportunity or having their own land.”

In the past 21 years of trial and error, government has been its own impediment on land redistribution through a combination of bureaucratic lethargy, corruption and dogmatic adherence to artificial constructs of the “market”.

If Ramaphosa confronts these, the land might truly, finally, be ours. We would proclaim, as the Constitution does, that South Africa belongs to all who live in it.

Tembeka Ngcukaitobi is a human rights lawyer in Johannesburg. He is the author of the book, The Land is Ours: South Africa’s First Black Lawyers and the Birth of Constitutionalism (Penguin).

This article was originally published on January 19 2018