Striving for an equal society and upholding human dignity remain two of the foremost aspirations of the Eastern Cape government, which were remembered in the year of Nelson Mandela’s and Albertina Sisulu’s centenary.

These values and aspirations can be achieved through ensuring quality education for citizens, creating jobs, and providing healthcare and quality human settlements.

Tabling this year’s state of the province address (Sopa) in the Bisho legislature this year, Eastern Cape premier Phumulo Masualle said the province continues to attract job-creating investors, particularly in the automotive sector, which is one of the main industries in the province.

This move by VWSA contributes to distributing justice and the corporate governance principles espoused in the King IV Report on Corporate Governance (2016). According to www.volkswagentrust.co.za the Volkswagen BEE Trust “decided in 2016 to provide R86-million worth of funding for the development of black-owned suppliers in the automotive sector in South Africa … to support the creation of black industrialists in the automotive sector through funding, support and access.”

The establishment of the Beijing Automotive Holdings Company (BAIC) is injecting R11-billion into the economy and is currently under construction in the Coega Industrial Development Zone, which is set to boost the Eastern Cape’s economy and create thousands of jobs. 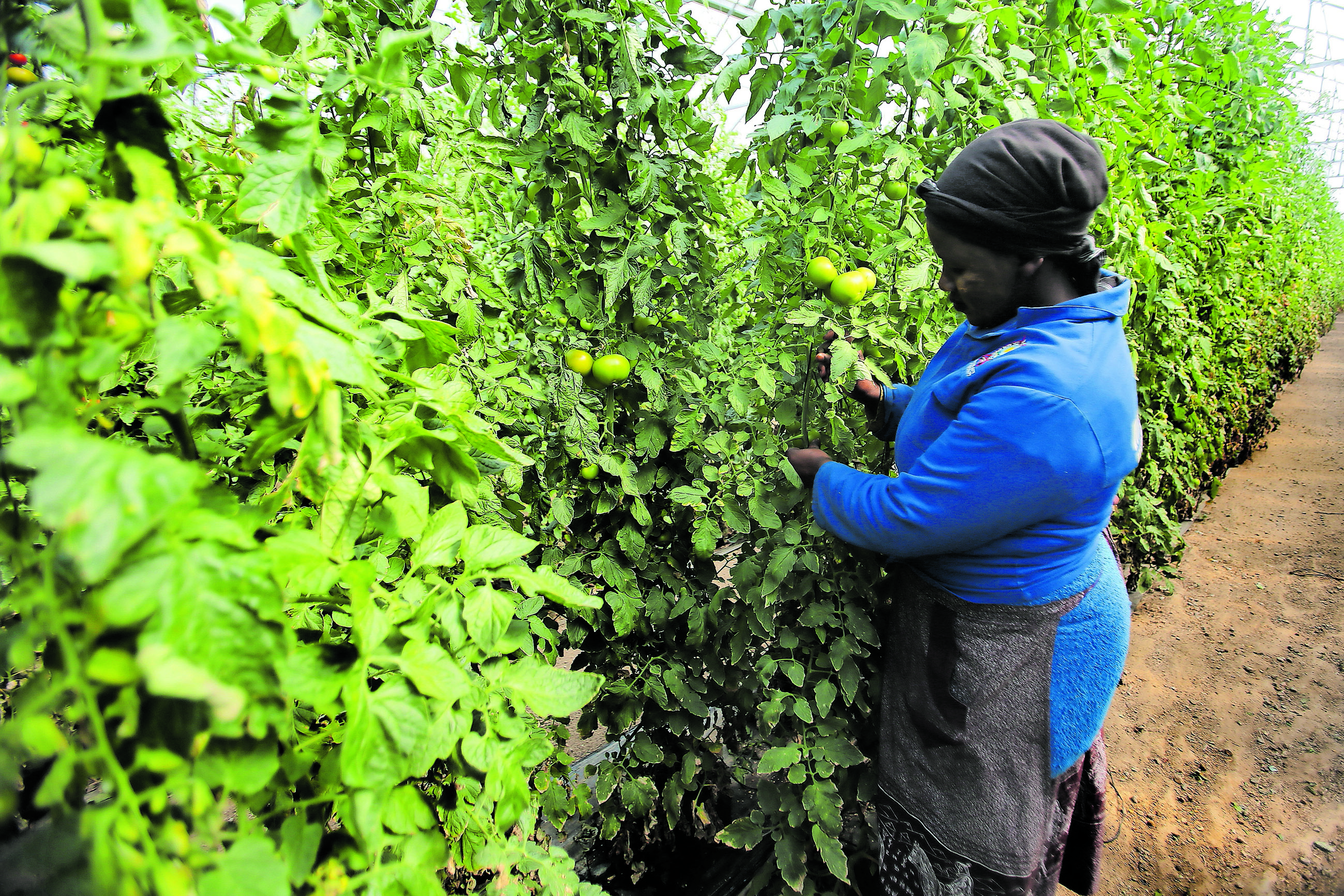 Premier Phumulo Masualle said regarding rural development, land reform and food security, the province remains on course to be repositioned as the food basket of the entire southern African region

“The construction of the BAIC plant worth R11-billion at Coega is on track. We commend VWSA for setting up a trust to support emerging local automotive-parts suppliers and manufacturers. The broader business fraternity is encouraged to emulate this commendable example,” said Masualle.

He called upon the people of the province to espouse and live by the values of Nelson Mandela and Albertina Sisulu. These revered liberation stalwarts would both have turned 100 this year.

“In 2018 the country celebrates the centenary of ‘our legends’ Dr Nelson Mandela and Mrs Albertina Sisulu, whose contribution to ushering a democratic South Africa in and restoring the human dignity of the oppressed will forever be etched in golden letters in the hearts and minds of all South Africans.

“These stalwarts belonged to a generation that discovered its mission and fulfilled it. As we celebrate their centenary, ours is to emulate their values, defend and protect the gains of the freedom they fought for, and ensure the realisation of a truly united, democratic, non-racial, non-sexist and prosperous South Africa,” said Masualle.

He added that despite the challenges of a stagnant economy, the province has through its special economic zones (SEZs) created tens of thousands of jobs in a wide range of sectors.

“Since the beginning of the my term the level of unemployment has consistently remained unacceptably high far above the national average. Similarly, the province’s GDP growth rate was constrained and only forecasted to grow by up to 1.7% by 2019,” said Masualle.

“Despite the challenging economic environment, through the efforts of our SEZs, we created approximately 18 553 jobs in construction, manufacturing, zone operations, agriculture and agro-processing over the last four years. In the same period, through the Expanded Public Works Programme, we created in excess of 508 000 job opportunities. Similarly, in this term 1 940 SMMEs and co-operatives benefitted from financing and support programmes through the ECDC [Eastern Cape Development Corporation].” 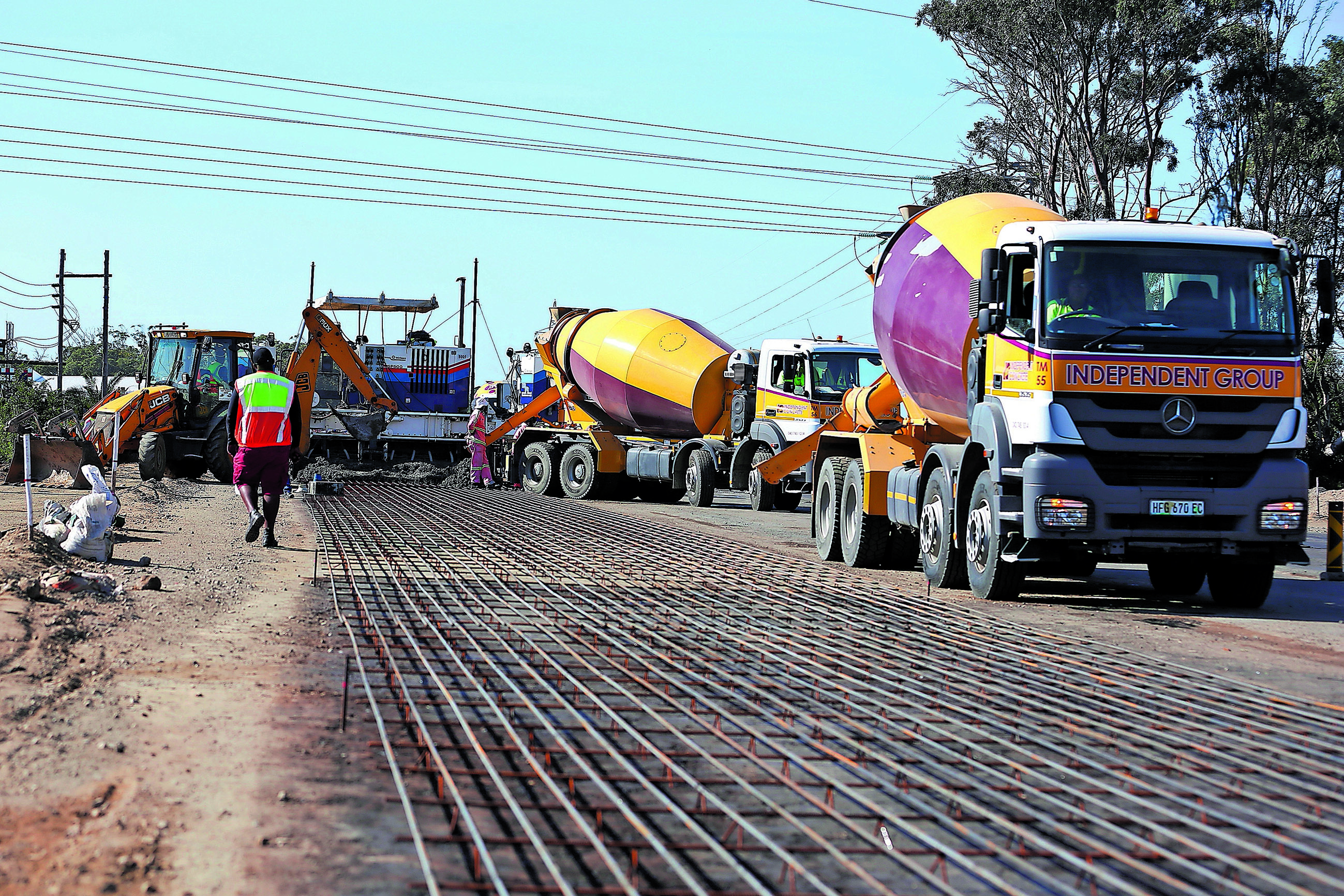 Masualle said the province would work in line with the National Development Plan as well as the Provincial Medium-Term Strategic Framework (MTSF) to turn the economic fortunes of the province around for the better.

“We adopted as part of our MTSF a strategic objective on economic growth and job creation. To this end, we committed to undertake a number of initiatives aimed at radical socioeconomic transformation through redistributive economic development aimed at reducing income inequality.”

The province is also on the path to improve its economy through infrastructure development. Billions from the National Roads Agency have been earmarked for this purpose.

“With the support of the South African National Roads Agency, as we speak there are a number of active projects across the province budgeted at close to R7-billion, while the project pipeline for 2018/19 to 2021/22 is budgeted at just above R5-billion,” Masualle said.

The premier said regarding rural development, land reform and food security, the province remains on course to be repositioned as the food basket of the country as well as the Southern African Development Community region. As part of the land reform programme, a total of 306 land claims in the province were settled, covering 50 270 hectares.

Masualle said for the agricultural sector to create jobs, the province is partnering with commercial farmers and commodity groups to scale up the production of export-oriented high value crops.

Creating a value chain and establishing secondary production from agricultural products is also important. Masualle said the province was engaging the private sector to invest in agro-processing to provide impetus to manufacturing in the sector.

“A thriving primary agricultural sector is critical for these agro-processing initiatives to bear fruit. In this regard the province has planted over 201 000 hectates of maize over the term, with a yield of 600 000 tonnes. As we move to the end of the 2018/19 financial year, we will plant 55 000 hectares in respect of grain production, which is expected to yield 193 000 tonnes. To strengthen food security in the province, over 25 000 households will also be supported with agricultural inputs,” he said.

In support of livestock farmers, the province has already provided 12 feedlots that are operational, and an additional four new feedlots are planned for the new financial year. “Our transformation agenda is to support 200 black livestock farmers to participate in the export-oriented Berlin Beef business, which is jointly funded by the provincial government and the private sector. To date, 5 893 cattle have been procured and have realised an income of R38-million for smallholder farmers. In mitigation of the armyworm plague and other diseases, government has invested R81-million over the term. In the 2018/19 financial year, we will invest a further R38-million towards this effort,” said Masualle.

He called on South Africans to tour the Eastern Cape, which is undoubtedly the “home of legends” including Mandela and Sisulu, Oliver Tambo, Govan Mbeki, Winnie Madikizela-Mandela, Desmond Tutu and Robert Sobukwe, to name just a few.

Quoting former president Thabo Mbeki, Masualle said: “I would go to the Eastern Cape province of our country, to visit the grave of a Khoi woman, Sarah Bartmann, whose remains were returned to the country of her birth … I would call on places that have names that are strange to me as an African, such as Port Elizabeth, Grahamstown, King Williamstown, Berlin, Stutterheim, Fort Hare, Fort Beaufort and East London, and try to understand who Graham was, such that a town must be named after him.

“I am certain that as I walk around these places with strange names, I will learn much about the great dramas of times past, when British men and women and soldiers, and German men and women descended on the Eastern Cape and constructed towns and forts that they named after their heroes and heroines, and sovereigns and places of origin. In the process I will learn something about what happened then. Who fought whom, and who lost and won. Who owned this land, and who took it by force.”