A climate of change for cash cows

When a farmer like Moses Ipinge (not his real name) needs cash for medicine or to repair the roof of his home or pay his children’s school fees, he dips into his bank account and withdraws some of his savings.

But Ipinge’s bank is not your usual financial institution. Instead, his wealth is in his herd of cattle.

When times are tough, he will sell a head of cattle, maybe to the local butcher or someone in his village, and use the cash where it’s most needed. Like many Oshiwambo farmers in northern Namibia, and so many others across Southern Africa, holding on to his herd is how he protects and builds his savings.

But what happens if drought threatens to shrink the herd through starvation or thirst, as many farmers experienced when the rains failed here between 2013 and 2016? 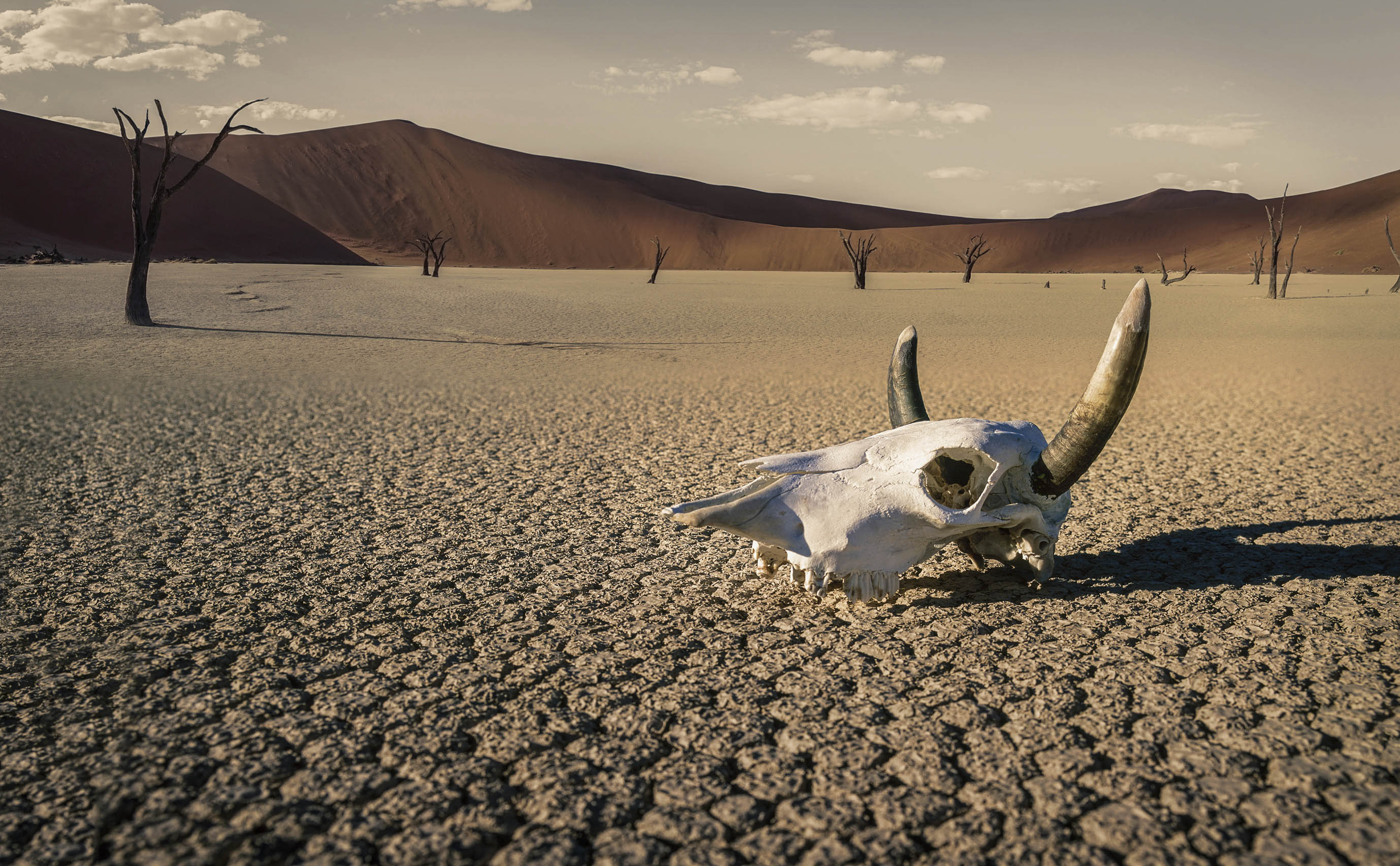 [Namibia is an arid country and when a drought hits, farmers cattle and other livestock die from thirst and lack of grazing. (Lost Horizon Images/AFP)]

Should Ipinge sell the animals before they lose too much weight, when they’ll fetch a lower price? Or worse: What if the animals die before he can cash them in? Should Ipinge risk holding on to the herd for a few more months, in the hope that the rains will return and his animals recover their condition and their worth?

Ipinge’s dilemma is typical of farmers surveyed by researchers from the African Climate and Development Initiative (ACDI) from the University of Cape Town, while they were visiting the region during the most recent drought. Many farmers told researchers that they chose to keep their animals, even though the herds were whittled down and families lost their savings.

“We might assume that the obvious thing to do in a drought is to sell off your livestock as a way of protecting your wealth. But we have found that there are many reasons why people don’t do that,” explains Cecil Togarepi, an agricultural economist at the University of Namibia, who visited the northern Namibian constituency of Onesi between 2015 and 2017.

Togarepi worked alongside a team from the ACDI to test how cultural attitudes towards livestock ownership might influence how people manage their farms and herds, and how this might feed into their levels of vulnerability as the climate continues to shift across Southern Africa.

For many farmers who choose to keep their cattle, and risk their investment, the motivation stems from a belief that a family’s wealth and status are tied to the size of the family herd, researchers found.

Understanding this can help governments and development workers across drier parts of Southern Africa to work more effectively with people to help them to adopt farming practices that can offset the threats that may come with shifts in climate.

“Farmers here have a strong cultural attachment to their livestock,” says Togarepi. “As one farmer said, ‘a man is his cattle’. This attitude makes farmers reluctant to sell off their herds, even when there are forecasts of severe drought.

“In parts of Southern Africa, where conditions are already semi-desert, climate change is going to mean higher temperatures, less predictable rain, and longer drought periods. This is going to put farmers’ herds at much greater risk,” says Togarepi.

“We need to think about how to work with communities, particularly with traditional and religious leaders, in ways that still honour these beliefs, but that also encourage farmers to make decisions which help them absorb the shock of the drought.”

The ACDI team argues that one way of framing the issue for farmers is to highlight how losing his herd to starvation could limit his ability to take part in other important social events, such as paying for a wedding or contributing to a funeral, when animals are often slaughtered and shared communally.

Authorities can also work with climate “champions” in a rural community, such as church ministers or tribal chiefs, who can warn people ahead of a predicted drought about what the wider social consequences could be of not selling off their livestock in time.

It might also allow greater cash flow for farmers, who will then have money available to adopt other “climate-smart” agricultural practices.

If agricultural advisers recommend that farmers sell their livestock before a drought, they can frame it not only as a sound financial and ecological decision, but also as a way of preserving a farmer’s ability to take part in traditional cultural practices.

Another cultural reason for a family appearing to be slow to sell their drought-stressed animals is linked to traditions relating to property and ownership. Herds are often inherited, and therefore are the property of the wider family. This means the decision to sell is the responsibility of the entire family, not just the head of the household.

In 2015, the Namibian government adopted a policy that promotes “climate-smart” agricultural practices as a way of assisting farmers to become more resilient in the face of shifting climatic patterns. These practices include installing drip irrigation in cultivated lands, switching from traditional millet to an early-maturing form of pearl millet, or farming with rice, which is not traditional to the region, explains ACDI researcher Julia Davies. Trials of 15 Chinese rice varieties are being tested.

Reverting to traditional land-tilling using animal power instead of tractors is another opportunity, as well as encouraging farmers to breed drought-tolerant cattle types.

The Namibian state is working alongside nongovernmental organisations and research institutions to get farmers to adopt these practices, but farming communities in northern Namibia are slow to take on these methods, because of many cultural factors, the ACDI research found.

“In speaking with farmers there, we found that religious beliefs, a reliance on traditional knowledge, and the symbolic significance of certain agricultural practices played a big role in why many farmers aren’t taking on these climate-smart suggestions,” says Davies.

“But we believe that these barriers can be turned into opportunities. By working with religious and traditional value systems, rather than against them, extension workers could promote climate-smart practices in a way that helps reduce the impacts of climate change and  variability on these farmers,” she added.

If development agencies and governments can communicate climate-smart practices in a way that reminds people they can take these measures to protect what is sacred, farmers might be more likely to include them in their management practices.

An approach like this can assist semi-desert countries to avoid climate-related environmental shocks in future.

“Often, when drought wipes out herds in Southern Africa, governments respond by declaring a state of emergency and bringing in relief. But this can create a dependency syndrome, which we need to avoid,” says Togarepi.