#LifeEsidimeni: What will the Gauteng government be forced to pay? 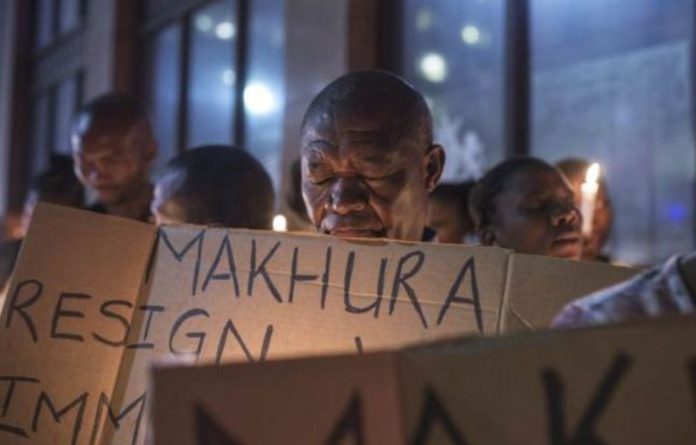 It has been called a tragedy. A calamity. A scandal. But this was no accident, no rash decision made under pressure, no force of nature.

It was sheer arrogance, political manoeuvring, incompetence, indifference and possibly greed and corruption that sent 144 of the most vulnerable patients to their deaths.

Some analysts have branded the  #Life Esidimeni tragedy mass murder.

Now judgment day has arrived. Today at 9:30am, two days before Human Rights Day, former Deputy Chief Justice Dikgang Moseneke, who headed up the past few months’ Life Esidimeni arbitration hearings, will announce the amount of compensation that the Gauteng government will have to pay to the families of mental health patients who had died in the tragedy.

The controversial Gauteng health department project had nearly 2 000 mental health patients shambolically removed from private health facilities in the province, for which the state had paid, largely to nongovernmental organisations (NGOs). The then Gauteng Health MEC, Qedani Mahlangu, claims it was in an effort to save money.

Many of the patients ended up in underfunded, ill-equipped and unlicensed community organisations, where they were taken care of so badly, and in such inhumane ways, that bodies started piling up at an alarming rate.

The post-mortems of some of the deceased revealed how patients became so hungry that they resorted to eating plastic or paper. Some were left naked and chained to beds without mattresses next to dead bodies before they, too, eventually died.

And some — between 45 and 62, depending on whose list you check — simply went missing. No one knows whether they’re dead or alive.

Listen: My son had death in his face

During the last week of the arbitration hearings in mid-February, family and state advocates reached an agreement to ensure that the Gauteng provincial government pay families R20 000 each to cover the funeral costs of burying their loved ones and a further R180 000 in psychological damages.

In her budget vote speech in March, Gauteng MEC Barbara Creecy allocated R28 million to the Office of the Preimier to compensate the families of victims – that amount more or less covers the cost of compensating 144 families.

But families are also asking for R1.5 million in Constitutional damages, in addition to the R200 000 per patient, because that is the amount the state would have spent on patients had they not been placed with ill-equipped and often unlicensed NGOs.

People can claim Constitutional damages when a government official has violated their Constitutional rights such as the right to health, life or equality, according to Penelope Andrews, dean of the University of Cape Town’s (UCT) law faculty.

To successfully claim for such damages, advocates must show that there is no alternative way to obtain redress for human right violations under common law, Andrews explains. “It requires the plaintiff to show something much more than negligence (by the state), for example, but almost reckless disregard.”

But the state vehemently opposed a claim for Constitutional damages at the arbitration hearings. State advocate Tebogo Hutamo argued: “Families should be compensated for trauma and shock but not for the trauma the deceased went through as a result of the implementation of the project.”

The families of Life Esidimeni patients walked out en masse after the testimony of former Qedani Mahlangu at the arbitration.

The question left unanswered during the arbitration hearings is why the trio of Mahlangu, the head of her department, Barney Selebano, and the director of mental health, Makgoba Manamela, were so adamant to push through the transferrals of patients. Was blind resistance to their critics’ advice the only factor, or was there corruption, greed and political gain involved?

Gauteng Premier David Makhura connected financial irregularities to the payment of NGOs and vowed that the government would continue to investigate the reasons for Mahlangu’s decision. The Special Investigating Unit is investigating possible corruption related to project, he said.

Not one of the health department’s senior leaders took personal responsibility and instead claimed that no one in government works in a silo, and the department, therefore, needs to take collective responsibility. Mahlangu alleged her senior staff never informed her of the details of the project, while Selebano and Manamela claimed the exact opposite — that their boss bullied them into it.

“At the start of the arbitration hearings, we had very high expectations to help us answer our questions of why, why why,” says the South African Depression and Anxiety Group’s Cassey Chambers. “But we were very disappointed and frustrated by Manamela, Selebano and Qedani’s testimonies. Both at their stall tactics, blaming everyone else — even NGOs like us who were trying to help and doing the work that they should have been doing.”

Two weekends ago, Mahlangu felt comfortable enough with her actions to turn up at one of President Cyril Ramaphosa’s community health walks last weekend. In a “Vote ANC” T-shirt, smiling and waving, she joined the president as he strode the streets of Soweto.

Journalists asked Ramaphosa for his opinion on Mahlangu’s actions. He told News 24 Mahlangu should not be rejected, that she had been held accountable for her actions by being asked to resign from her position and appearing before the arbitration hearings.

Heywood continued: “It’s not good enough to say she gave evidence at the arbitration. Actually what she gave was a pack of lies.”

Health Minister Aaron Motsoaledi, who referred to Mahlangu’s behaviour as “criminal conduct”, also took the stand during the hearings. “I have been asked why I don’t fire MECs,” he said. “But I cannot do that. The premier hires and fires MECs.”

“There was a clear intention that officials wanted to hide this from the minister and the premier. But for what reason?” Motsoaledi asked.

“When I read the ombudsman report about how people were bundled in vans and tied with sheets, and how they are chosen … like cattle at an auction…” Motsoaledi said, unable to finish his sentence.

“For human rights to be breached in such a manner that is reminiscent of our apartheid era in our democracy is very painful that’s why I feel personally betrayed.”

Watch: Motsoaledi breaks down on the stand

What set The Life Esidimeni abitration hearings [apart from many others into government failings is the warmth, compassion and incisiveness of retired chief justice Dikgang Moseneke, who presided over the hearings. “We finally felt like someone was listening to us. We need more people like the justice in our country’s leadership,” Chambers says.

At the end of the hearings in March, Joseph Maboe, a reverend who lost his son, Billy because of the Life Esidimeni project, stood up and prayed: “Lord, thank you for Ntate Dikgang Moseneke. He has been chosen to be our Moses to lead us through the wild desert of the life of this country.”

Bhekisisa will be live tweeting from the arbitration hearings on Monday, March 19. Follow us on @Bhekisisa_MG.