Nigeria is battling its largest Lassa fever outbreak on record, with close to 100 deaths recorded so far, according to the World Health Organisation (WHO).

Between January and April, 1 706 suspected cases were reported in the country. The patients died in close to a quarter of the confirmed and probable cases.

Though it’s beginning to slow, the epidemic is far from contained, the WHO says. The international body expects many more cases before the end of the dry season, which stretches till June in the north.

What is Lassa fever?

It’s a haemorrhagic fever caused by the Lassa virus, name after a town in Borno state in northwestern Nigeria. It was in this town that the first cases were identified in 1969, Ousmane Faye, head of the department of virology at the Pasteur Institute of Dakar, told Africa Check.

Is it found all over the world?

The disease is endemic to West Africa, in other words, it is permanently present in this region.

The US Centers for Disease Control and Prevention (CDC) notes that the number of Lassa virus infections per year in West Africa is estimated at 100 000 to 300 000, with about 5 000 deaths.

How is Lassa fever transmitted?

The natural reservoir of the Lassa virus is a rodent called the “Natal multimammate mouse” (Mastomys natalensis). It is found in grasslands or forests, urban areas and even inside houses throughout sub-Saharan Africa. 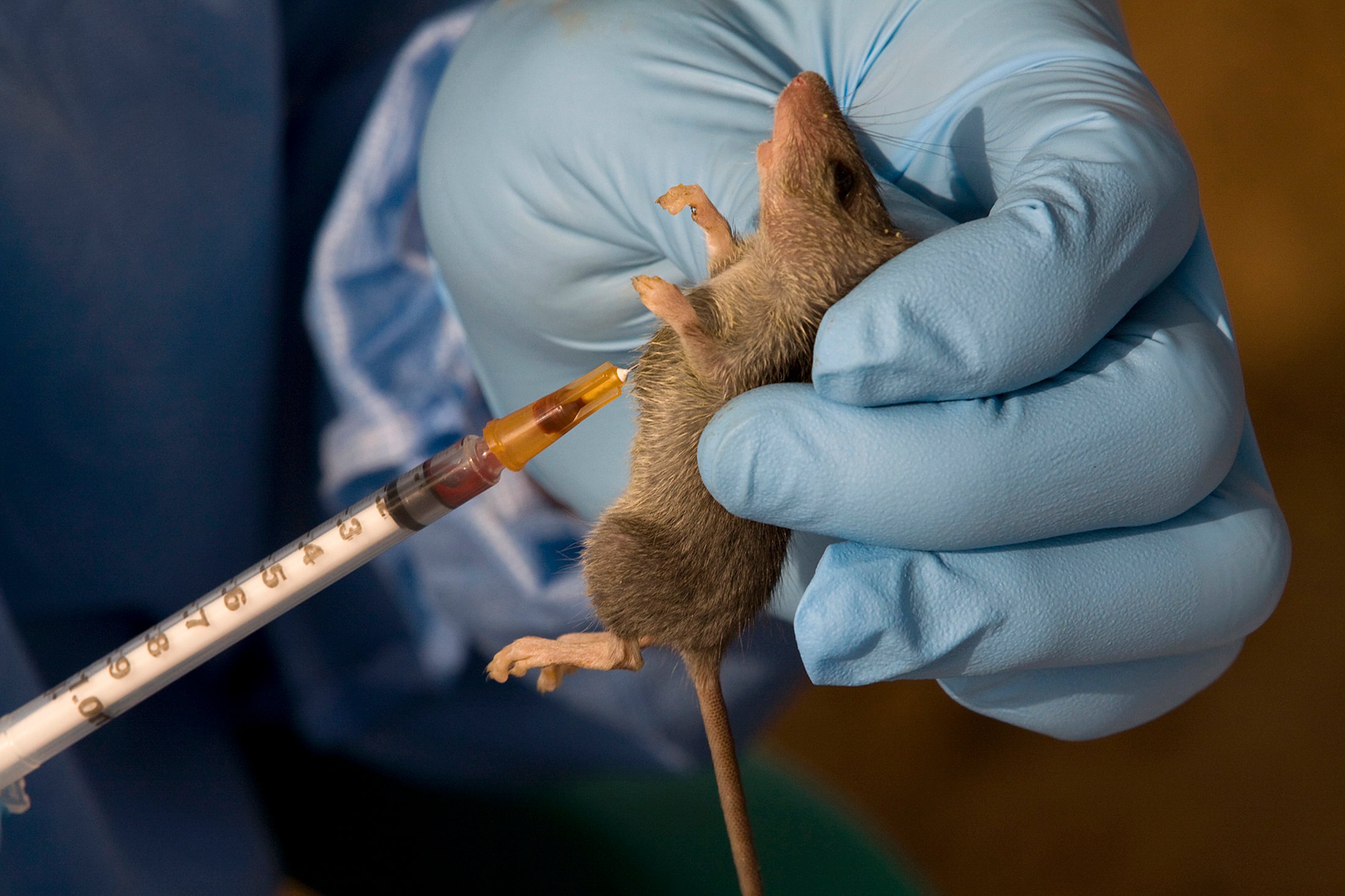 An ecologist extracts a sample of blood from a Mastomys Natalensis rodent. (Simon Akam, Reuters)

The Lassa virus gets transmitted to humans when they have contact with the urine or droppings of an infected rodent. This can happen by touching soiled objects or ingesting contaminated food – or even the mouse itself, which is eaten in some communities. The virus can then be transmitted from one person to another through body fluids such as blood and sperm.

“You cannot get Lassa fever through hugging, shaking hands or sitting near someone,” a 2016 WHO infographic explains.

What are the symptoms?

The symptoms of Lassa fever appear between one and three weeks after contact with the virus: you have a high temperature, feel weak and have chest or muscle pains. You can also experience headaches and a sore throat, nausea, vomiting and – in very severe cases – bleeding from the mouth, the nose or, in women, from the vagina.

Haemorrhagic Lassa fever can be treated with ribavirin, an antiviral drug also used to treat other viruses. According to the WHO, it can be effective if it is administered as soon as the first symptoms appear. 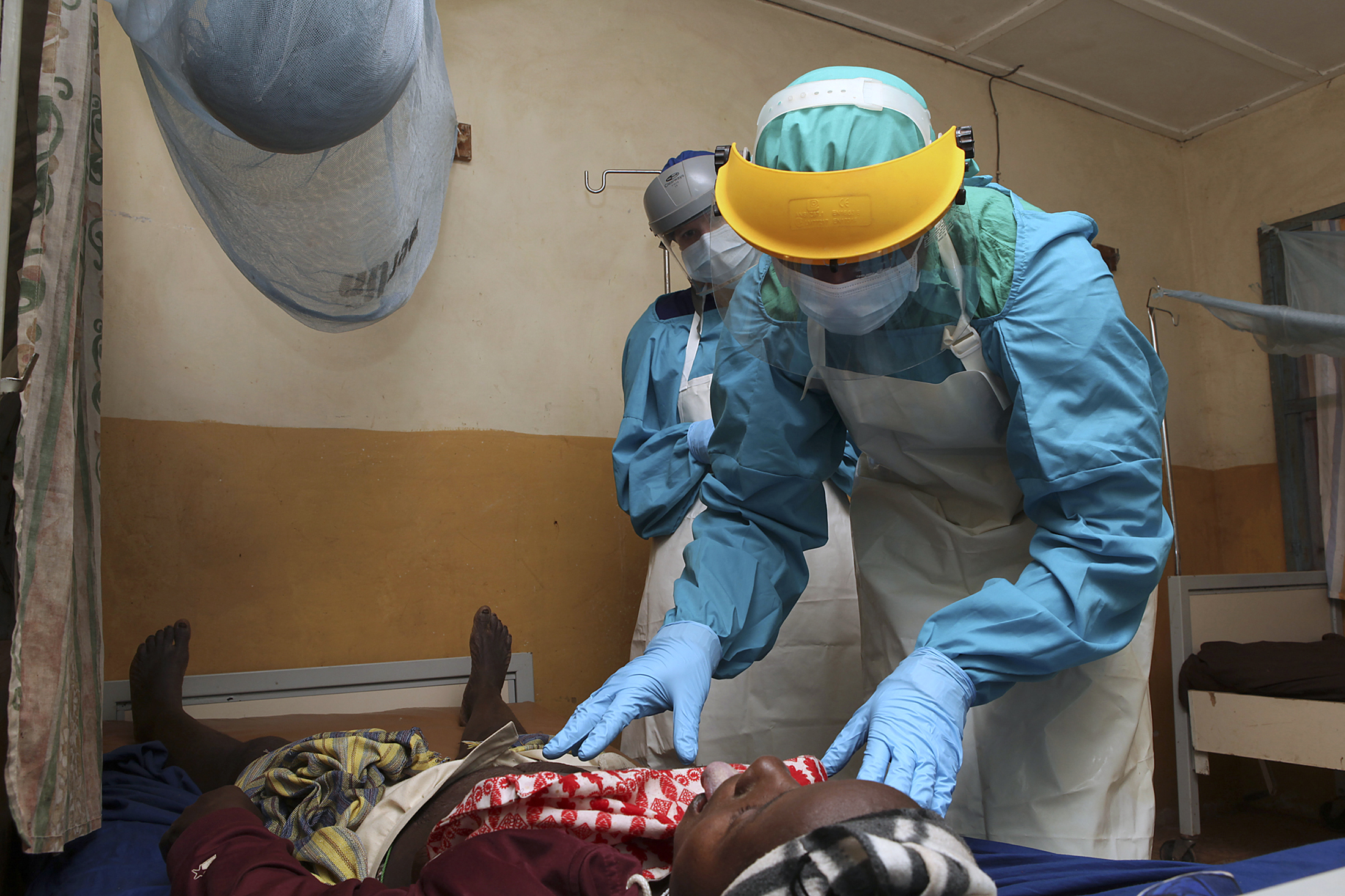 A doctor and medical student attend to a patient in the Lassa fever isolation ward at the Kenema Government Hospital in Sierra Leone in 2011. (Simon Akam, Reuters)

“Unfortunately, this treatment is not a satisfactory solution to the problem of Lassa fever in endemic countries,” the Pasteur Institute in Paris notes. “And ribavirin, in the rare event that it is available locally, is usually administered too late for it to be effective.”

Are there any after-effects?

People successfully treated can feel tired or experience dizziness for several weeks afterwards. They may also have difficulty hearing or even become deaf (in one or both ears).

“Various degrees of deafness occur in approximately one-third of infections, and in many cases hearing loss is permanent,” the CDC stated. Survivors of Lassa fever can also develop an inflammation of the myocardium (heart muscle), called myocarditis.

How can you protect yourself?

The best way is by practising good personal hygiene and avoiding contact with the mice that transmit the virus. This means regularly washing your hands with soap, not accumulating waste in and around your home, not eating those rodents, keeping foodstuff out of their reach – the WHO particularly recommends storing food in containers that close tightly – and cooking food thoroughly if it can be cooked.

There is currently no vaccine against Lassa fever, but the company Themis Bioscience hopes to start testing one on human volunteers by the end of 2018 or early 2019.

“[H]owever, the regulatory agencies are the final decision makers on when a first human trial will start. So we can’t completely guarantee that deadline,” the CEO of Themis, Erich Tauber, told Africa Check.

Benin’s democratic crisis is deepening, but no one is paying attention