‘White man said he found our land to build a school’

Mndeni Sikhakhane is old and blind but he loves his ancestral land too much to allow this to deter him from joining his people’s ongoing struggle to keep it.

“We are people of this land. God made us to look like the soil of this land because we belong to it. We were born to farm on our land and trade livestock among ourselves. Money was never our thing as Africans,” says Sikhakhane (88).

In 2013 he was one of five applicants who brought court action against the department of rural development and land reform and the Hiltonian Society.

The action was brought on behalf of 35 families, descendants of labour tenants who had lodged claims on their land, which is now owned by the Hiltonian Society.

Labour tenants were not protected by law until the passing of the Land Reform (Labour Tenants) Act of 1996 and the Extension of Security of Tenure Act of 1997.

Some of the land’s occupants have accepted offers of between R6 000 and R12 000 to move from their land to townships near Howick in KwaZulu-Natal’s Midlands.

The case was filed before the Land Claims Court as a class action on behalf of an estimated 19 000 labour tenants, as well as family members who live in their homes. Most of the claimants were from KwaZulu-Natal, Mpumalanga and Limpopo.

The labour tenant system is a colonial remnant that forced black African land-owners to become tenants on their own land. Families had to earn their tenure, by their labour, on the land that was handed to whites. This meant, in most cases, that children of labour tenants were destined to become farm labourers as soon as they could to help their families meet their part of the bargain.

But, with the promulgation of the Restitution of Land Rights Act in 1994, labour tenants like Sikhakhane — whose ancestry on the land can be traced back for more than 200 years — found their land claims frustrated by government bureaucracy.

In December 2016 the Land Claims Court ordered that a special master be appointed to assist labour tenants to make claims for portions of the land they have worked and lived on.

Sikhakhane and the four other applicants — Bhekindlela Mwelase, Jabu Agness Mwelase, Bazibile Gretta Mngoma — and the Association for Rural Advancement contended that the application was launched because of clear evidence of the department’s failings.

They asked the court to appoint a special master, an independent person who would assist in the processing and adjudication of labour tenant claims.

The department and the Hiltonian Society submitted to the court that settling the applications would be an enormous task.

Despite the court ruling in their favour more than a year ago, life in the Hilton Valley village, which borders the prestigious Hilton College, remains a struggle for residents who still have not had their claims settled.

Residents say the labour tenant system destroyed their old way of life, in which they could live off the land and keep livestock. They are now subjected to restrictions on the ownership of livestock and their movement. They live in four-room brick houses, which were built as labour dormitories but are inadequate for extended families to share.

As tenants on the land where their forefathers once lived in large traditional Zulu homesteads, families are now crammed into structures resembling township matchbox houses.

“If you want to make any extensions you need to apply [to the Hiltonian Society],” says 33-year-old preschool teacher Mpume Dlamini. 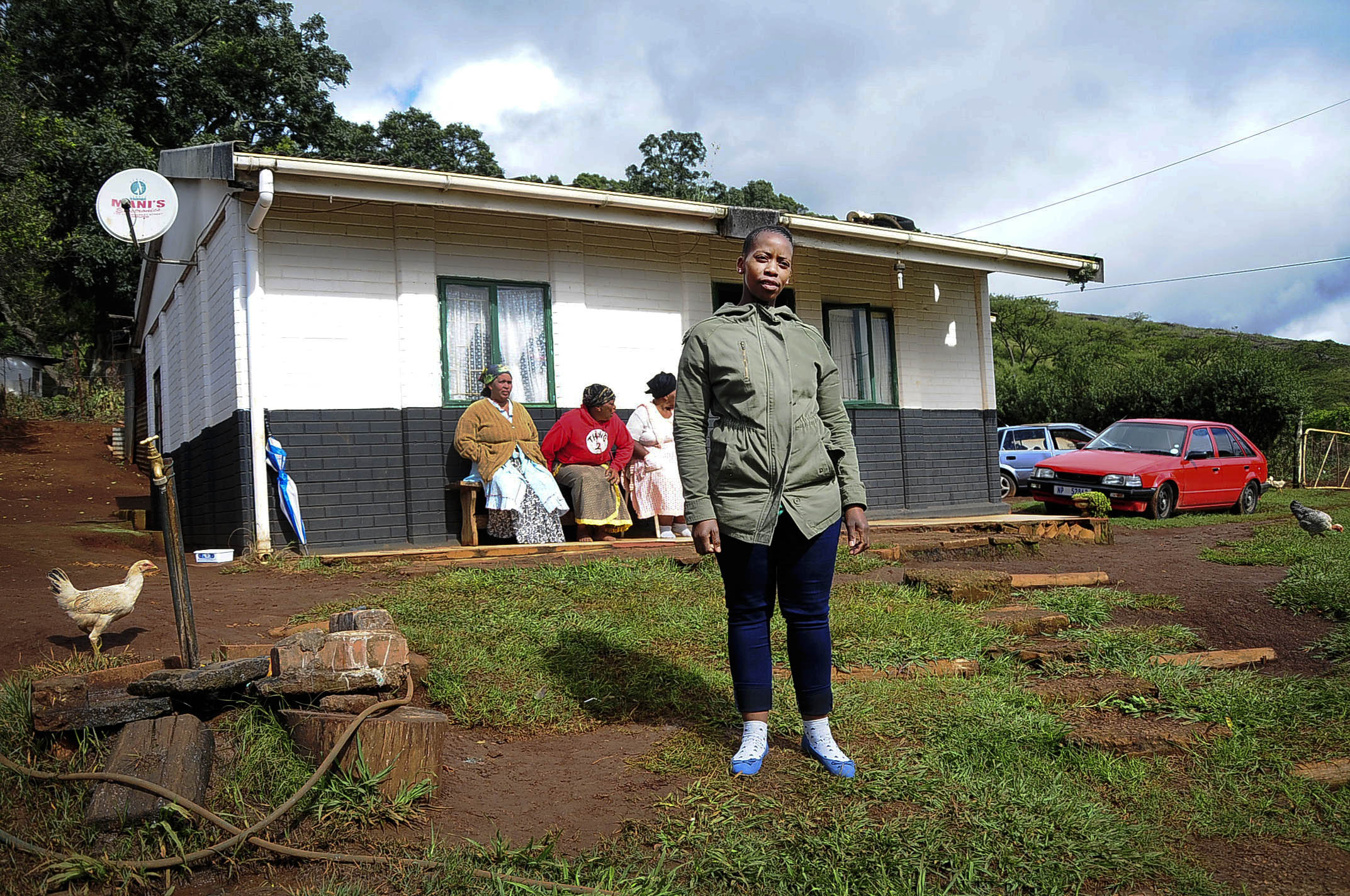 [Mpume Dlamini says she doesn’t want to live anywhere else but in the Hilton Valley village where she, her parents and her grandparents were born. (Lucas Ledwaba)]

She is among the younger generation who are refusing to move, preferring the familiarity, relative safety and community spirit of the village.

One restriction stipulates that a visitor may not stay in the village for more than two weeks, a regulation that in the African family context is deemed ridiculous. 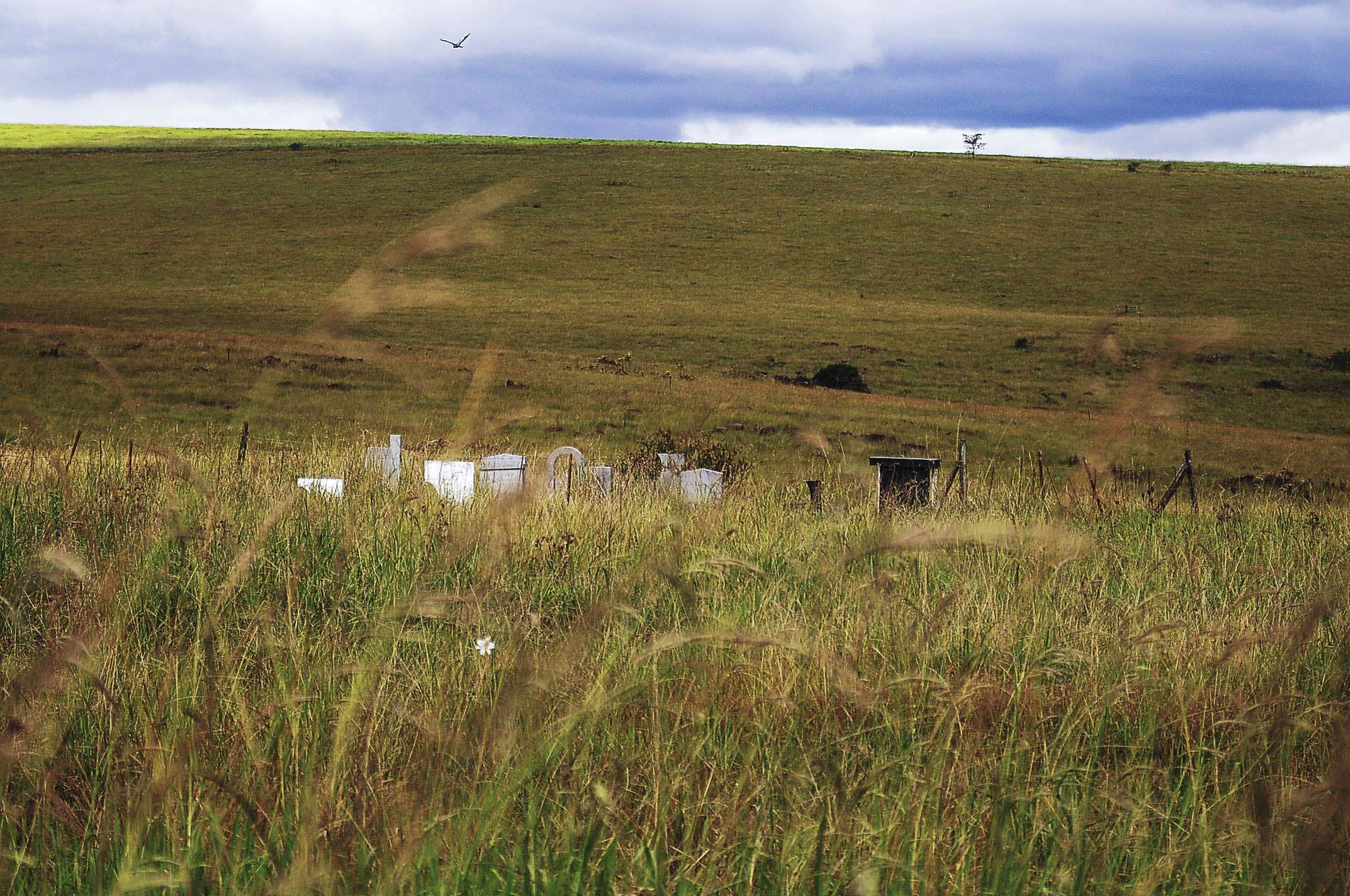 [A cemetery near Hilton College proves that the current residents come from generations of labour tenants and have a right to portions of the land they lived and worked on. (Lucas Ledwaba)]

“We are a social people. If my uncle wants to visit we cannot tell him to go,” says Vumokwakhe Kunene (33).

One of his great-grandparents, Skei Kunene, was the first security guard at the college and a revered baboon hunter in the 1870s.

Kunene says the issue of remaining on his ancestral land is non-negotiable. He says, though some families accepted the paltry cash offer to move from the land to townships, they now regret their decision and often express a wish to return.

“This place is different. We have no issues of drugs or crime. It is home in the true sense of the word,” he says of the Hilton Valley community.

Bhekindlela Mwelase (87) says, by the time Hilton College was established in the picturesque valley in the 1870s, the Mwelase, Sikhakhane, Dlamini, Kunene and others had been living there under the Zondi chieftaincy for many years. 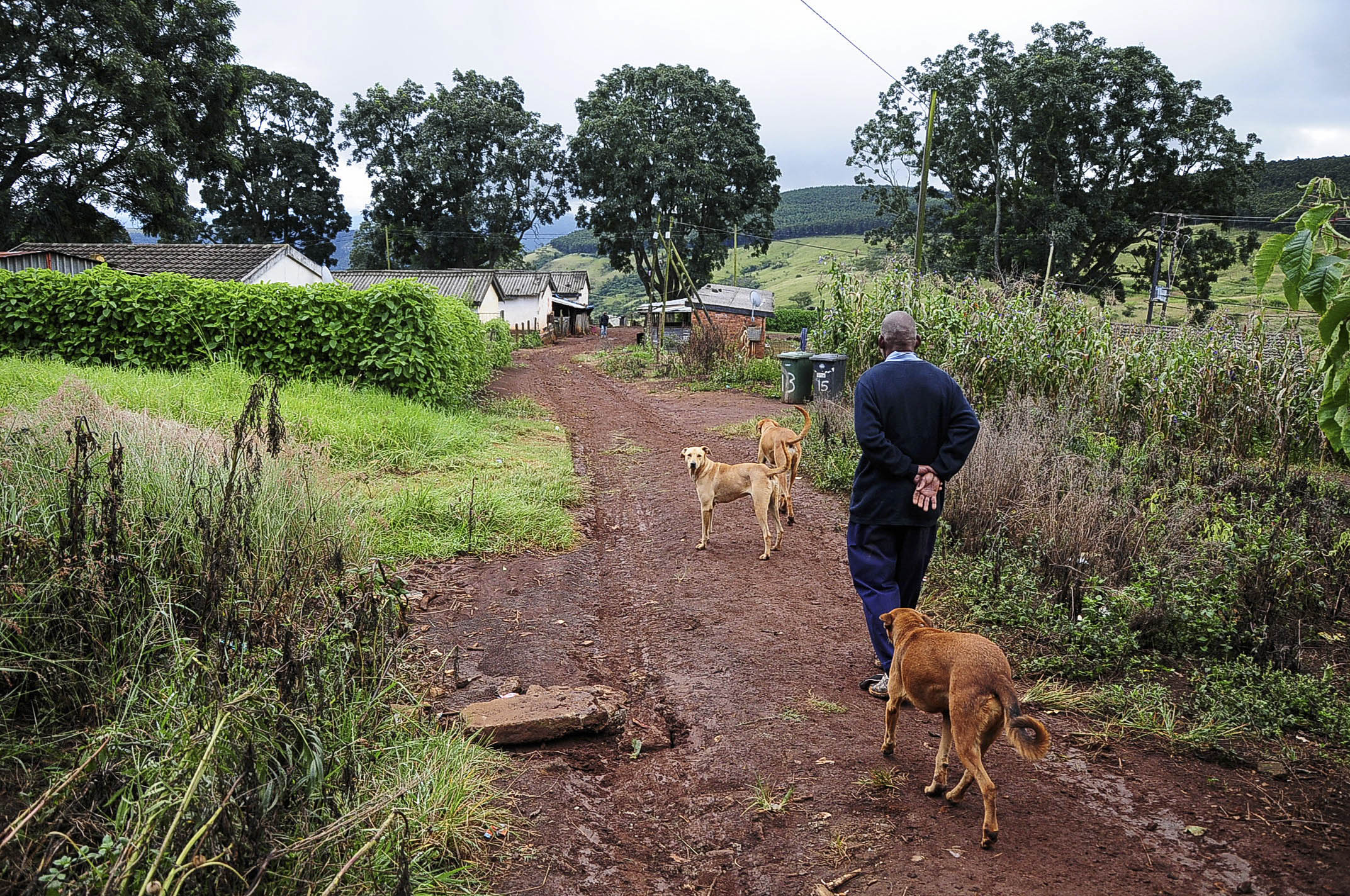 [The father, grandfather and great-grandfather of Thanda Mwelase are buried on the land. (Lucas Ledwaba)]

“The white man came to us and said he had found land to build a school. He didn’t buy it from us,” Mwelase says.

Sikhakhane says the owners of the school asked them to help in building and taking care of the college, which is now one of the most expensive boys’ schools in the country.

“It was our hands, our blood, sweat and tears that made the very foundation of that school,” says Sikhakhane.

“They came down to where we lived and offered us work and then houses as we lived far down in the valley. This offer came with free houses that they built for us up here, and that is where we are now.”

In exchange for taking up jobs at the college, the community was made to agree to keeping only a limited number of livestock and to give up their agricultural lands.

In addition, they were supplied with regular rations of samp, maize meal, sugar, beans, salt and tea, among other benefits. In time, the community became reliant on the college.

Mwelase reckons this was a big mistake, one he believes led to the problems they currently face.

“Our fathers should never have accepted this. One could say they gave away the land in exchange for samp and salt,” he says.

In a different time many from the community worked at the school, but changing times brought large-scale lay-offs and the Hiltonian Society opted to use independent service providers.

Gone too were the food rations, which, together with salaries from the college, had for many years lessened the need for the villagers to work the land and keep livestock.

And with the families in the village growing, the loss of jobs and food rations led to a renewed hunger for land. Now many in the village are unemployed and spend their days loitering hopelessly.

Sikhakhane pours scorn on attempts to coerce the villagers with cash offers to move from the land.

“Money is what the white man came with. But the land is ours. We want to live freely on our land, to be able to farm, have our cattle grazing in our land and be able to live off our land without being restricted.

“I grew up on this land with the cattle roaming free and we were able to farm together as a community. Those were good times,” says Sikhakhane, his voice rising animatedly in his thatch-roofed bedroom.

Mwelase yearns for the days of old where he cultivated the land. Until the land claim is settled, all he has is a small vegetable patch.

“We were farmers. We had lots of cattle and ploughed the land. We had amadumbe, potatoes, maize and kept lots of goats and cattle. That’s the only thing that will make us happy now,” he says. — Mukurukuru Media