The sterrings of the journey 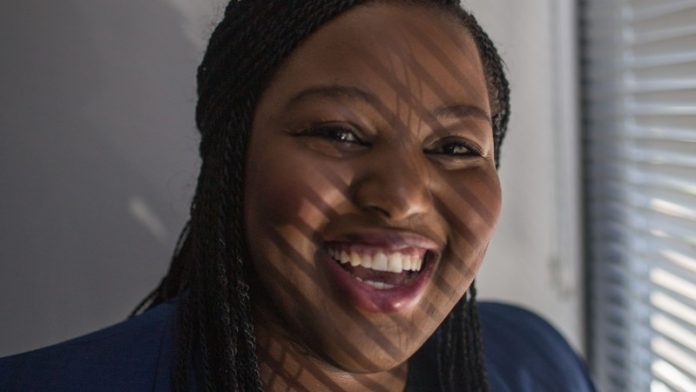 Behold, aboMalume, boBrother le boSisters, the essential parts of the taxi industry’s sacred body: commuters, queue marshals, taxi drivers, taxi washers and the mkhulu baas taxi owner who has tried to camouflage himself but can be easily spotted by umkhaba peeking out of his brand name golf t-shirt, under his trusted leather jacket. Whether it is a declared taxi rank, a piece of land taxis have occupied or a strip of road in a city’s Central Business District — if there are minibus taxis, they are there — each of them hustling to get you between points A and B.

The lifecycle begins with an entrepreneur buying a taxi.

Their local association then grants them a route and the esteemed title of a taxi owner. In other scenarios, like that of political figure Mbali Ntuli, the title, taxis and routes are inherited by the initial entrepreneur’s offspring. Being the daughter of one of South Africa’s more famous taxi owners, Big Ben Ntuli, she watched the industry grow from what people viewed as the local mafia into what she describes as the legs of the country’s working class.

“My father was a taxi owner but he was also the chairman of the Long Distance Association and basically started the codification of the rules of the taxi industry in KZN which obviously also went around the country. So he was quite influential in that he was the first person to really gather together all the people in the taxi business and organise them into an association. As a result my family is still one of the only families, I think in the country, that can have basically any route accessible to them in KZN,” says Ntuli.

When she was growing up, she would often accompany her father to the taxi rank to pick up the day’s earnings from drivers. Although she watched her father interact with a lot of different people from varying backgrounds that formed integral parts of a system she was raised to see as an important part of the black economy, it was only when Big Ben Ntuli passed away that she began to realise that it would one day be up to her to continue the legacy in a space dominated by men.

“As a woman the industry is incredibly tough. It’s very male dominated. It’s very sort of old-school traditional men as well. So there’s a lot of traditional roles that people expect women to take. Because of the nature of how violent it can be. If you’re a woman who has a family, like my mom had very young children, you really have to be smart and tactical about how they place themselves in the conflict because they can’t afford to die. My mother faced incredible difficulty. But my interactions with other owners is cordial. I am afforded a degree of respect because of the family I come from in the taxi industry”.

Before taking on the role of KwaZulu-Natal’s provincial campaigns director for the Democratic Alliance, Ntuli was hands-on with the family business.

Many, many miles from the ranks Ntuli knows so well, on a weekday evening, between 5pm and 7pm, Van der Walt Street in Central Pretoria is a busy body. Tables filled with fruit, amakipkip, airtime coupons and the roasted peanuts from Marabastad line the sidewalk. Parallel to these tables is a 100m-long row of parked taxis with open doors. Each taxi has a handful of commuters inside. Between the row of tables and taxis is congested leg traffic made up of merchants who own what sits on the tables, tired commuters like myself dragging their feet to the idle group that disturbs the traffic flow.

This group is characterised by their dirty banter, frequent cat-calling and rushed interactions with commuters. They lean against taxis, tables and store windows or they plop their weight on empty buckets that are a quarter-to breaking under the burden of their behinds. If I’m lucky I’ll witness the bucket-chair being turned around, filled with soapy water and used to clean some of the taxis.

By now at least three people from this group have stopped me and enquired on where I’m going with a rushed, “Suster, o ya kae?” as if these are the last taxis in the world and if I don’t get on one of them immediately the world will end.

But there really is a whole other world here.

Starting with the queue marshal who, in my commute, is most likely to be Malume Mhlope: a tall, dark-skinned, hefty man — with kind bloodshot eyes who wears Dunhill’s Courtleigh cigarettes like a cologne. I’ve known him from a distance since I was 14. Although he does not know my name, whenever he sees me he wraps his arm around my shoulders, squeezes and endearingly refers to me as his little sister before pointing me to a Siyaya or Quantum that will take me home. 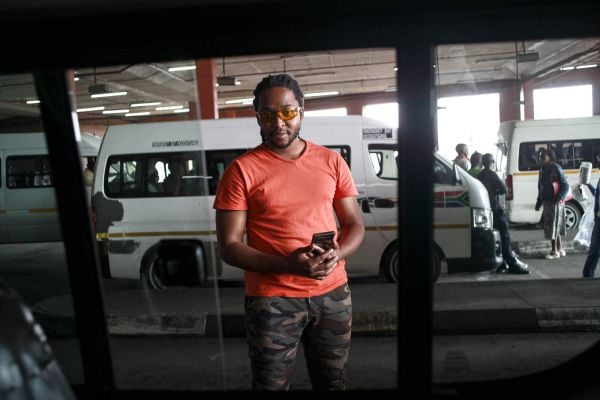 [‘A re yeng’: The taxi business barely sleeps. It’s queue marshals and drivers start their days at 4am and end at 8pm. (Oupa Nkosi)]

On recent days when I have had to go home, I have attempted to persuade him and his fellow queue marshals to speak to me in the capacity of a budding journalist about what their days on the job look like. The answer was a consistent, all-round no. So I spent more time than I normally would observing them and asking fellow passengers who have interacted with him over the years about the basics they may know.

Malume Mhlope makes sure the rank space is operational but testimonies from frequent commuters — who pay more attention to aboMhlope than the likes of me — say queue marshals are our guardian angels. They make sure commuters are treated with respect by drivers, taxis are in good and clean condition along with ensuring that the disabled and sick passengers are comfortably seated.

For those of us who work nine-to-five shifts, queue marshals are present at ranks for what seems like 24-hour shifts. In the early hours of the morning, when sleep is easy and blankets are their warmest, they are on site long before commuters and shortly before taxi drivers. Once drivers arrive, the marshals direct them to where to park the taxis based on the route the taxi will take. Once commuters arrive the marshals direct the foot traffic based on their destinations. AboMhlope’s cycle goes on from as early as 4am to as late as 8pm, depending on the taxi rank’s hours. The Mhlopes are on their feet before the sun, hollering destinations and directing taxis and commuters along with diffusing rank conflict.

Next in line is the infamous taxi driver who claims to be the misunderstood chaperone of the transport industry. After interacting with Malume Mhlope I find the most comfortable available seat and wait for fellow commuters to fill up the empty seats before abhuti’Driver starts up the 16-seater to take us to our various point Bs. Sitting behind the driver, I eavesdrop on his attempt to charm the woman counting money in the front seat with his need for someone like her to take care of him because he’s so fatigued from the number of times he’s driven this route today.

To start his day, he ranked at a ranking spot either in Chantelle or Orchards from 4am. To avoid the mad rush of morning traffic, ensure being ahead in the queue of taxis directed by marshals and to cater to early-bird commuters that include mostly civil servants and domestic workers, he left his home just before 3am.

Once his taxi was filled he drove to Pretoria’s Central Business District via Marabastad and offloaded his first load at their various stops. He then drove to the ranking spot on Van der Walt to get his second load that would take him back to the northern suburbs of Pretoria where he started his day.

In my ride home he speeds, ignores yellow lines and disregards other vehicles all in the name of transporting passengers as quickly as possible in order to make as much profit as possible. The more loads he has the more money he makes.

He continues to follow this set route, picking up and offloading commuters until the buzzing body of Van der Walt simmers down into a low hum.