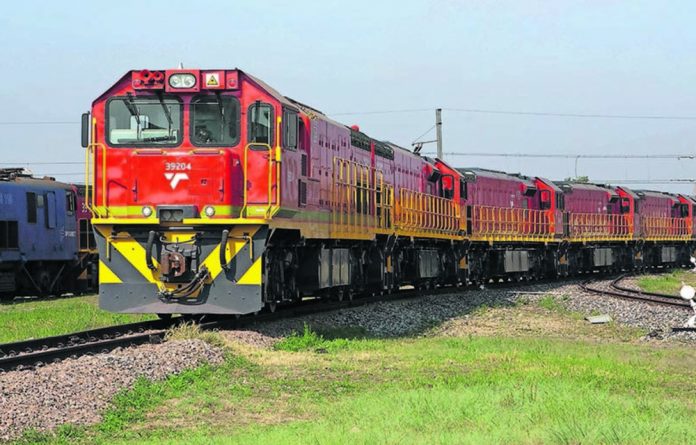 A confidential report on Transnet’s R50-billion deal to buy 1064 locomotives implicates a second Chinese supplier in paying what appear to be kickbacks to a Gupta-linked firm.

The 108-page report by law firm Werksmans shows that China North Rail (CNR) paid a middleman to extract R647-million from Transnet for a project that, by one internal estimate, should have cost just R9-million.

Other documents obtained by amaBhungane suggest the middleman was a front for Gupta associate Salim Essa.

Together, these documents provide the first evidence that not one, but two, locomotive manufacturers enlisted Essa’s help to secure benefit in the largest locomotive acquisition in Transnet’s history.

AmaBhungane previously exposed how China South Rail (CSR – CNR’s sister company) agreed to pay 21 percent of its portion of the Transnet locomotive contract to Tequesta – an Essa-controlled letterbox company in Hong Kong – in exchange for Essa’s help to secure the contract.

In 2014, CNR was awarded a R9.9-billion slice of the deal and tasked with delivering 232 diesel locomotives, roughly a quarter of 1 064 Transnet would acquire.

The rest were divided between CSR, Bombardier and General Electric.

The understanding was that CNR’s locomotives would be part-built by Transnet at its Koedoespoort facility in Pretoria. But before the deal was finalised, Transnet decided to move CNR and Bombardier to Transnet’s facilities in Durban.

The plan was pitched to Transnet’s board as a way “to stimulate development in other parts of South Africa”, but would ultimately cost R1.2-billion and delay the entire project by months, if not years.

“The relocation carried with it significant delivery risk for the 1064 project, as it created a ready excuse for non or late delivery…” the Werksmans report noted.

Transnet’s failure to investigate other options is “peculiar” and “inexplicable”.

The delay undermined the rationale for splitting the contract between four manufacturers in the first place.

CNR’s initial back-of-envelope calculation was that the relocation would cost R9-million.

Curiously, CNR enlisted the help of a dormant shelf company to negotiate the “best possible price” with Transnet on its behalf.

But he said CNR used its majority to push the contract through. Gonsalves and the other local directors subsequently refused to sign off on CNR South Africa’s financials.

For both CNR and BEX, the relocation project was potentially a major windfall.

Departing far from the initial estimate of R9-million, CNR gave BEX a new benchmark of R280-million. Whatever Transnet agreed to pay over-and-above R280-million would go to BEX as an “agency commission”.

For example – and this is the actual example CNR gave its local partners – if Transnet agreed to pay R650-million for the relocation project, BEX would receive R370-million (R650-million minus R280-million) as payment for negotiating the deal.

Everything over R280-million would go to BEX, Gonsalves confirmed, a deal he describes as hugely excessive for a company that had never traded.

Two months later, BEX came up with a figure: R719-million.

“On this price CNR are prepared to offer a 10% settlement discount… This results in a revised project relocation cost of R647 181 494,” BEX wrote in an email.

BEX’s figure was a substantial increase from the R9-million estimate, and more than double CNR’s benchmark of R280-million.

Werksmans found nothing to suggest Transnet investigated the figures it was being fed.

In a written response to amaBhungane Transnet said: “There were various threats made to Transnet in terms delay penalties based on the forex structures and escalations which were fixed for the duration of the contract. Transnet was informed by these bidders that the delay in signing off the relocation is also impacting other suppliers.”

Detailed questions were sent to CRRC, the company formed when CSR and CNR merged, but no response has been forthcoming.

There is no evidence connecting Bombardier to BEX, but it may be tainted by any suggestion the relocation costs were inflated. The company denied “any suggestion of misconduct in connection with the Transnet procurement process”.

Even without the leaked BEX email there were clues that Salim Essa was the hidden hand behind BEX.

The sole director of BEX, Hasware, was a director of three other companies – Homix, Forsure Consultants and Hastauf – which appear to operate as “letterboxes” for the Guptas and Essa, passing back large “commissions” from Transnet contracts.

AmaBhungane tried to reach Hasware, but were told by the man who answered his phone that Hasware had moved to India.

In addition to this, when Werksmans’ forensic auditor, Wits professor Harvey Wainer, saw the BEX “business development” contract he remarked that it looked “identical” to the now notorious R5.3-billion “kickback” agreement signed between CSR and Tequesta, as part of the same Transnet locomotive deal.

“Notably, the layout, style and format of the Tequesta contract is the same … the cover pages appear to be identical (just different names inserted),” Wainer noted in his own 103-page report.

But the most definitive proof of Essa’s involvement comes from the leaked BEX email. The email trail shows that BEX forwarded the proposed CNR relocation fees to Essa with a simple “fyi”.

Two days later, Essa forwarded the same documents to Eric Wood, at the time a director of Regiments Capital and Transnet’s advisor on the 1064 locomotive deal.

All of this took place while BEX and CNR were negotiating the R647-million relocation fee with Transnet.

Wood confirmed Essa’s involvement in the CNR relocation project saying: “Essa would bring work or business opportunities to Regiments from time to time”, which included the BEX deal.

“Whilst the documents were sent to Regiments for consideration… Regiments passed on the opportunity to work on this,” Wood told us in a written statement.

It took two years before official red flags started going up around the BEX deal.

In June last year, CNR’s auditors, KPMG reported the R65.9-million payment to the Independent Regulatory Board of Auditors (Irba) as a so-called “reportable irregularity”.

KPMG told Irba that CNR “significantly misrepresented to Transnet the cost of the relocation … from Pretoria to Durban” and that CNR “made payments to BEX which appear to lack sound commercial substance and purpose”.

This week Transnet said it had tasked both internal auditors and Werksmans with investigating the relocation fees.

“When in 2017, issues around BEX surfaced, Mr Gama requested Werksmans to investigate that matter as he had never been party to any relocation negotiations and his approval was based on substantive documentation presented by the negotiators…” Transnet told us in a written statement.

It also said the relocation fees are “subject to a number of investigations by a number of law enforcement authorities”.

Gonsalves confirmed that CNR’s minority shareholders had also laid a charge with the police in terms of the Prevention and Combatting of Corrupt Activities Act.