Burning tyres and dodgy ambulance deals? Six health scandals you might have missed 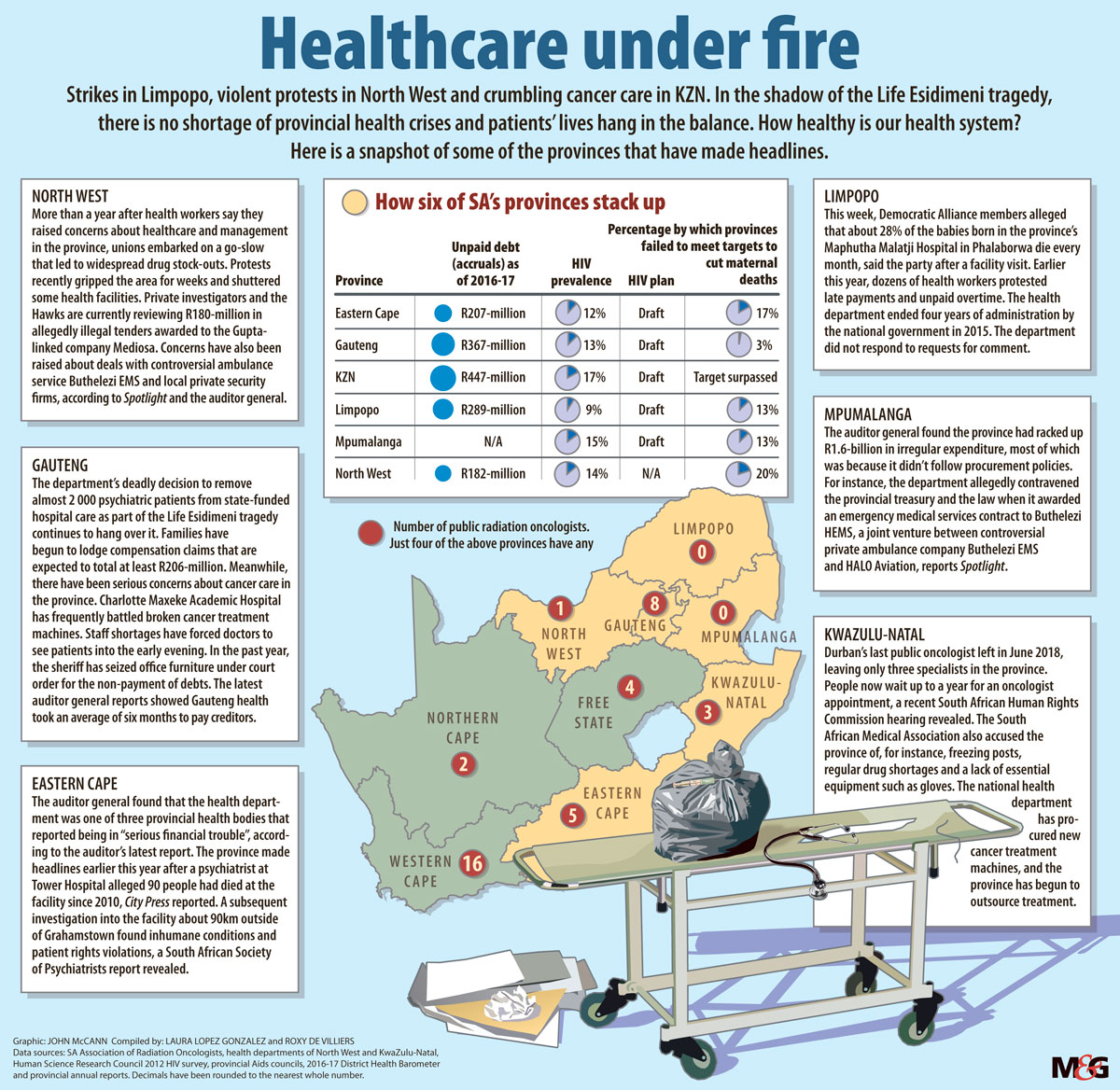 State capture, austerity budgets, allegedly dodgy dealings with Guptas — healthcare in South Africa has seen it all in 2018, and we’ve still got six months to go.

The violence and alleged intimidation at the healthcare facility led hospital staff to contact Bhekisisa from inside locked wards.

@HealthZA what is being done about the lock down at #CharlotteMaxeke?!

The attached convo is one I had with a surgeon who works in the hospital who is currently locked in in one of the wards. @Bhekisisa_MG any word on what the workers grievances are? pic.twitter.com/iIQfQHU6x8

BREAKING: Staff at Charlotte Maxeke Academic Hospital have contacted Bhekisisa with reports that a man with a gun was seen inside. The Gauteng Health department cannot confirm this and cautions it may have been a police officer.

Democratic Alliance MPL Jack Bloom said in a statement that unpaid bonuses were behind the demonstrations.

The workers’ grievances are about unpaid performance bonuses and the current wage negotiations, according to @JackBloomDA

The department now has until the end of June to come up with workers’ cash, Business Day reports.

But in the milieu, here are a handful of healthcare snafus you may have missed.