As the Democratic Alliance’s nominations for premiers come to a close this Friday, those who have thrown their hats in to the ring are fine-tuning their motivations to be presented to the party’s selection panel.

It will select the candidates who will be the faces of the organisation’s 2019 election campaign.

This week the Mail & Guardian spoke to the premiership hopefuls in Gauteng and the Northern Cape, the two provinces the DA has deemed “non-negotiable” to win. The party also hopes to retain its control of the Western Cape — and to bring the ANC’s overall support to below 50%.

The province, South Africa’s economic powerhouse, is likely to see a fierce contest within the DA.

One of the premiership hopefuls is member of the provincial legislature (MPL) Makashule Gana, who confirmed he had submitted his application. 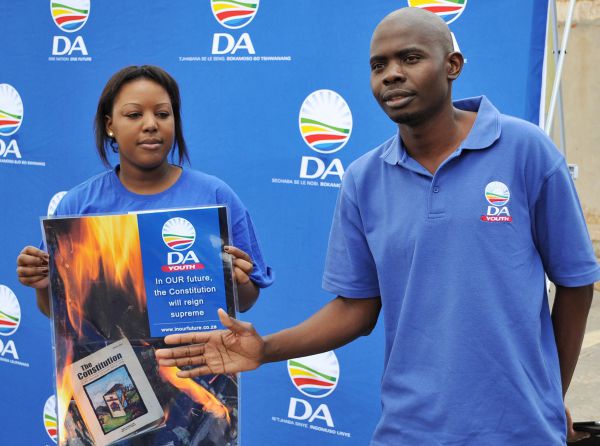 He vacated his seat in Parliament in 2016 with the intention of building up the DA’s structures in Gauteng’s townships. At the time speculation was rife that his return to the province was also to position himself as a candidate for premier. He confirmed the speculation in April when he became the first DA member to announce his intention to stand.

He enjoys the support of senior DA leaders in the province, such as provincial leader John Moodey, as well as that of members of a “progressive” grouping.

Gana said this week his vision for an effective Gauteng government involved creating a digital economy that would see technology become the cornerstone of most functions in the provincial government.

“The important thing for me is the use of technology in addressing the issues we have, especially on health and education. We need to make sure we move with the times. We need to make Gauteng the digital hub of the country and the continent.”

With job creation being used as one of the DA’s main electioneering tickets, Gana believes the introduction of a digital economy would shift the focus away from the traditional sectors known to drive Gauteng’s economy, which were no longer performing at their peak.

“The focus should be on skilling people regarding the digital economy so they can take advantage of the changing nature of the global economy. If you look at mining, which is what used to work for Gauteng [economically] … the number of jobs that sector created have reduced,” he said.

Within the party, however, Gana has faced criticism for being too radical and for “sounding too ANC”, mainly because of his approach to the need for transformation within the DA.

He said his perceived radicalness should be viewed as an asset to the DA. “I don’t think the way I sound can be a problem for the DA. It’s actually an asset. Anyone who wants to win Gauteng needs to be connected to the people on the ground and the way I speak and do my politics is an asset for the DA,” he said.

MP Ghaleb Cachalia confirmed he had submitted his application “after careful consideration”.

He joined the DA shortly before the municipal elections in 2016 when he was announced as the party’s mayoral candidate in Ekurhuleni.

Despite some criticism that he has not been an active member of the party for long enough to occupy a top position, he said his 2016 election performance in Ekurhuleni had given him an opportunity to prove himself.

To ensure effective governance and job creation in Gauteng, he said his motivation would focus on the need to start collaborating more extensively with the private sector through private-public partnerships.

“There should be public-private partnerships across education, health and the economy to ensure that we rope in the private sector to partner with the public sector to build hospitals, to provide expertise, to build schools and kickstart the economy,” Cachalia said.

The state of the province’s health and education services were also his priorities, as well as addressing corruption and doing away with cadre deployment.

In addition to standing as the DA’s mayoral candidate in the municipal elections, Cachalia has also stood for the positions of Gauteng leader and now for premiership in the short time he has been with the party.

Asked whether he was concerned about appearing hungry for the position, he insisted it had been other DA leaders who had expressed confidence in him each time and convinced him to stand.

“People in the party have said: ‘If Ghaleb Cachalia was able to serve the party in that [2016] election, maybe now is tiwme for him to serve the [DA] in this particular way [as premier].’ That question has been asked of me a number of times to say ‘Will you stand for premier?’ by senior and junior people,” he said.

In the Northern Cape, the DA is hoping to capitalise on the weaknesses of the ANC in the province. In 2016, the ANC’s former provincial chairperson John Block was sentenced to 15 years’ imprisonment for corruption and money laundering.

The race to replace him left the party divided after its provincial elective conference in May last year, which led to court bids to challenge party decisions.

The DA’s Northern Cape provincial leader Andrew Louw, who confirmed his application to become the candidate for premier, said he believed the ANC no longer had a stranglehold on areas in the province, which would work in the DA’s favour. 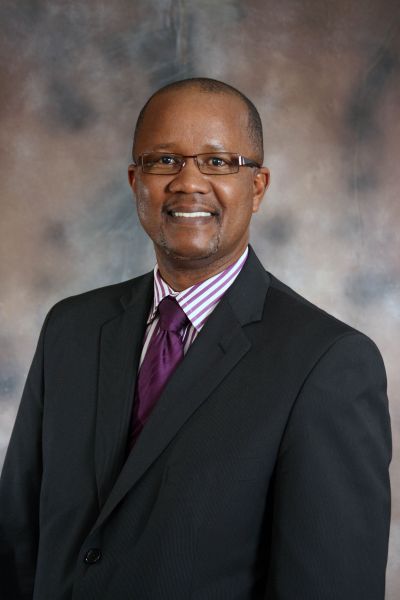 [Andrew Louw has his eye on the Northern Cape]

Louw is not new to the candidacy selection process and was chosen to stand as the party’s premier candidate in the 2014 national elections. He believes creating an effective government and growing the Northern Cape economy would have to begin with fixing the province’s infrastructure to attract investment.

“It is important that we start fixing our infrastructure. As a result of the [poor] condition of our roads, you find that many people do not want to come to the Northern Cape because of our infrastructure that is aging,” Louw said.

Unlike in Gauteng, where the DA had major electoral success in the municipal polls, the party only increased its votes by 2.86% in the Northern Cape.

Louw said, besides capitalising on the ANC’s weak spots, he was realistic about the probability that the DA would only be able to reach its goal of winning the province by forming a coalition government with other political parties.

“We are aware of the fact that we might not do it on our own, but there’s a strong chance that we will win this province through coalition and the DA would like to become the anchor in the coalition.”

The DA is hoping not only to maintain its control of its flagship provincial government in the Western Cape, but also to increase its majority in the province. 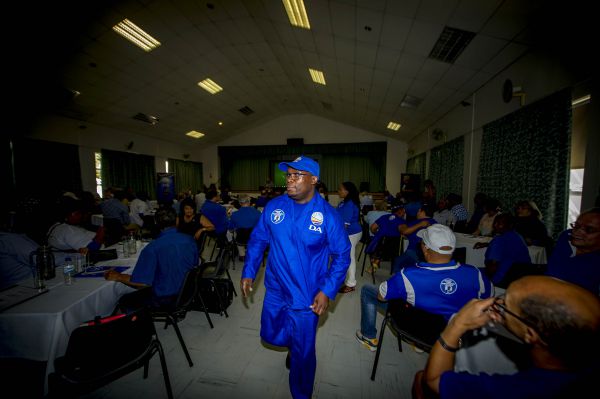 At the time he was understood to have the support of current Premier Helen Zille, who is believed to be a close ally.

He is likely to contest the position with finance MEC Ivan Meyer and economic opportunities MEC Alan Winde.

Besides Zille’s backing, Madikizela’s advantage might also be the experience he has gained as provincial leader of the DA during a time when the province has had to put out many fires that have caused uncertainty about its ability to retain votes in 2019.

Along with the party being criticised for its poor handling of the Cape Town water crisis, the DA has also had its hands full with De Lille and attempts to remove her as Cape Town mayor.

Madikizela has also done damage control in four other Western Cape municipalities where mayors have gone rogue and, in some cases, faced disciplinary action for defying the party.

The provincial leader himself is not without blemish. Last year, he was subject to an inquiry about maladministration after he failed to declare that a contractor doing business with his human settlements department had partly funded a lavish birthday party thrown for him in March.