Courtney Saridn, 25, moved through the streets of Beaconsfield looking for shops that had not been boarded up or ransacked and abandoned. She was in search of bread to feed her child.

“I couldn’t even find bread. I can say we are struggling. But what can we do about politics and what they do there. We can only pray, and ask for some change.”

For two days now, the main street has looked like a wasteland. 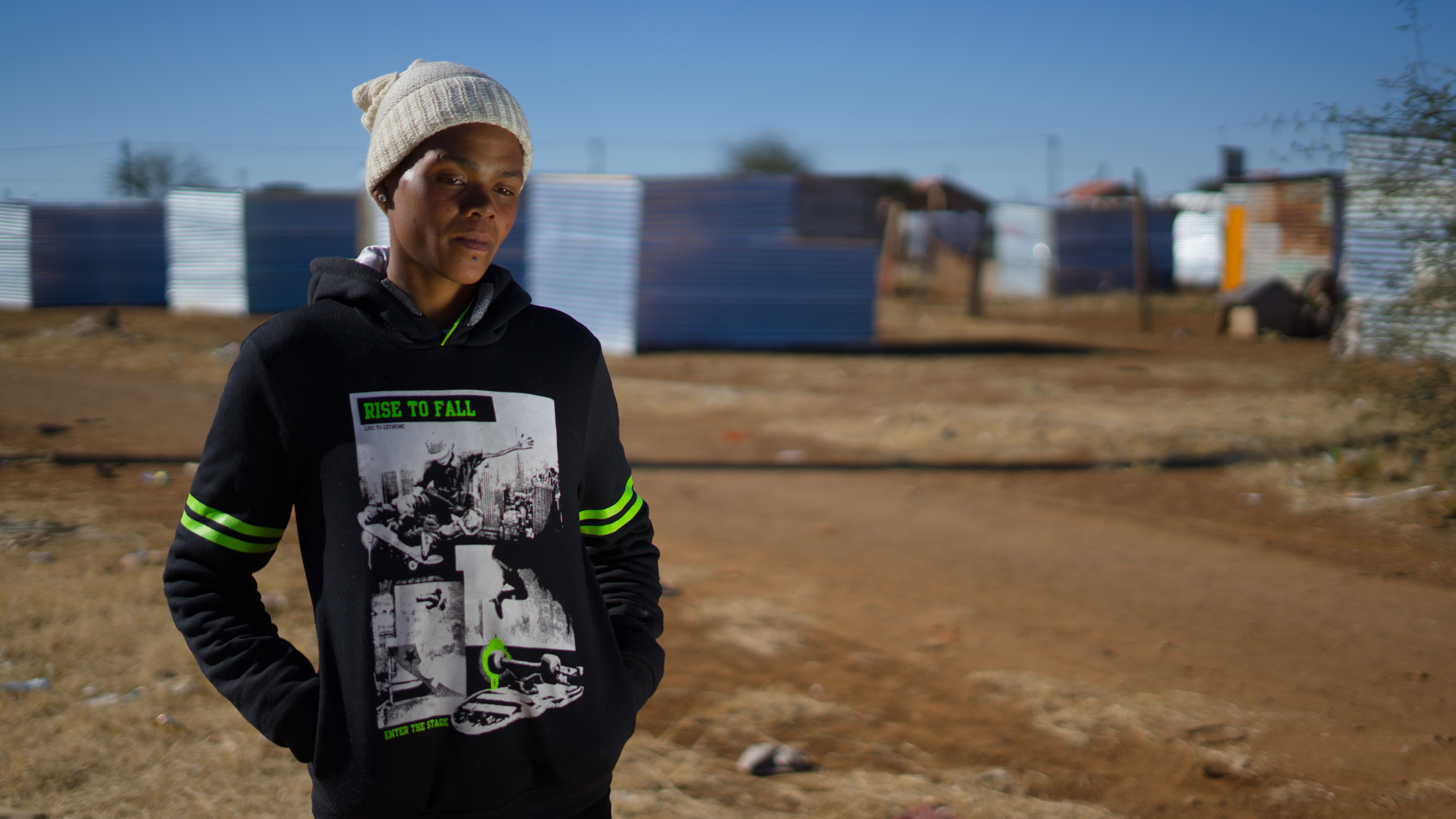 Saridn is one of thousands of people who have had their lives affected by the unrest that has seized Kimberley over the past week. They have had their streets blocked with boulders, concrete pillars and shipping containers. Shops have been looted and other businesses remain closed. In the melee of rubber bullets and teargas is talk of how R260 caused the unrest. At least that is what residents allege.

Last month, the mayor of the Sol Plaatje municipality — Mangaliso Matika — introduced a R260 flat fee for “electricity availability” for all homes connected to the grid, in addition to regular prepaid or monthly bills. As one protester put it: “We have to pay to be able to pay for electricity”.

The city held a strike before and nothing happened. Now the strike has returned, this time with bite.

A website advertisement announcing the July 12 shutdown reads: NO VIOLENCE, NO LOOTING, NO DESTRUCTION OF PROPERTY, and ALL SERVICES WILL OPERATE AS NORMAL. “We will not destroy our City, We will not harm any of the businesses in Our City, We will have No Violence and Will March to The Municipality Peacefully.”.

The futility of attempts to manage and control the protest are everywhere, but nowhere is this more apparent than in Galeshewe, Greenpoint and Roodepan. These neighbourhoods are battling Kimberley’s highest rates of unemployment and poverty. Residents throughout the city described their dissatisfaction with the tariff to the Mail & Guardian. But for many residents in these three neighborhoods where protest action has been strongest, the tariff is seen as nothing less than an insult.

Nadia Abrams, a resident of Greenpoint, says the discontent had been building for months, if not years — long before the present conflict unraveled. The tariff was the last straw. 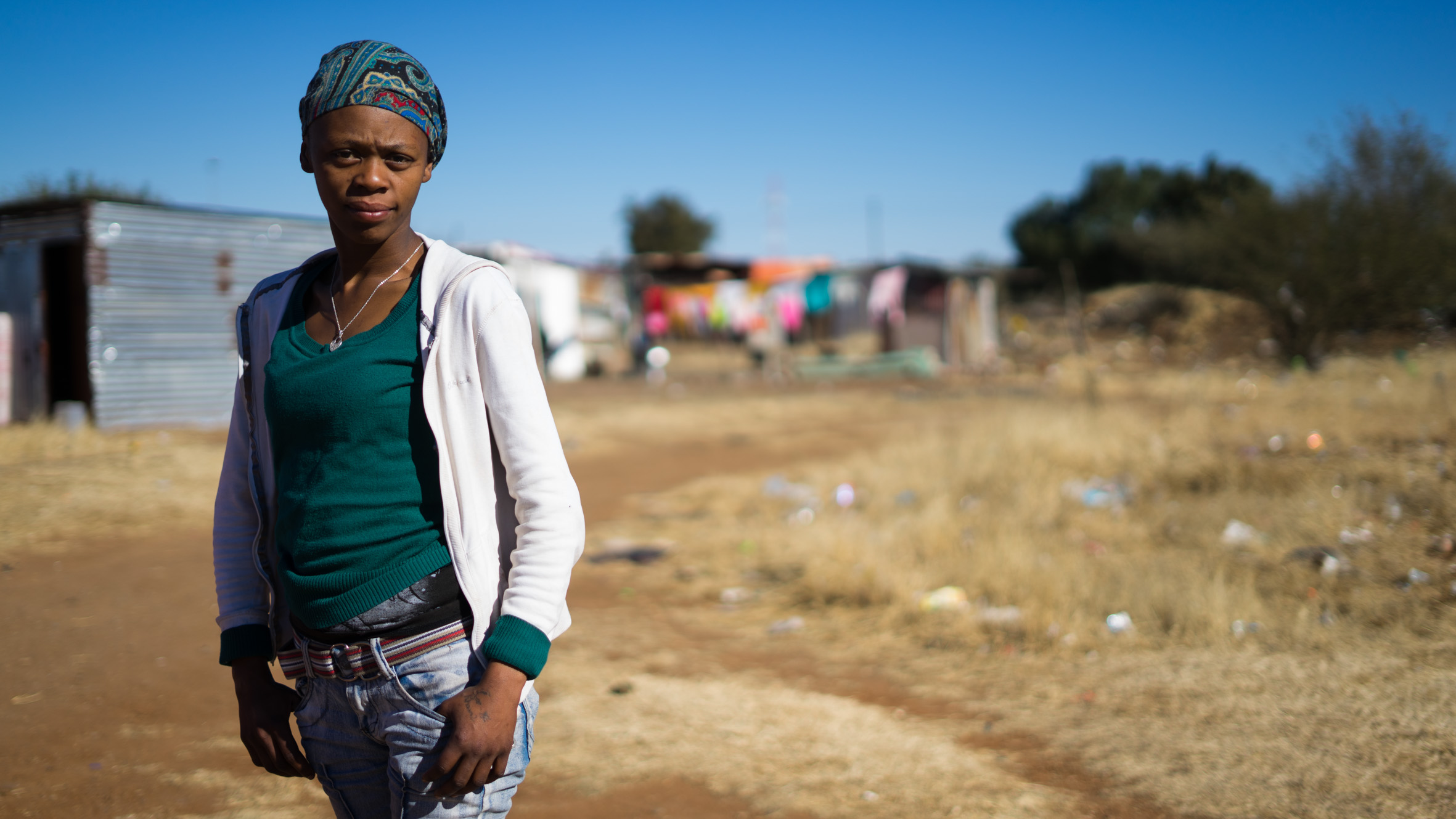 “He made us suffer. In some shacks there’s no water, no electricity. The mayor just doesn’t pay attention,” said Abrams, who stayed clear of the conflict, while witnessing much of it. People went to his house and toyi-toyi’d in front of it, people wanted to burn it. People get mad, people get even. They do bad things. What do we have, nothing, nothing.”

In response to the protest, the police sprayed tear gas and fired stun grenades into roving crowds. They also relied heavily on rubber bullets, one of which escalated the chaos.

“There was a little boy. He was just at the wrong place at the wrong time,” said Abrams. “People were striking and the police were shooting rubber bullets. He got shot through the head, they rushed him to the hospital, but he couldn’t make it.”

A photo of the boy has spread across a digital grapevine, stoking anger and frustration. Social media, in particular Facebook and Whatsapp, have played an integral role in facilitating the strike and the rapid spread of information. Whether it is true or false is a minor detail. Residents are angry.

On the other side of Greenpoint, a few kilometres closer to the city centre, Beaconsfield is conflict zone. Marius Groue, a 58-year-old pensioner who helps out at a camera shop was mugged by a growing criminal element that appears to taking advantage of the strike. 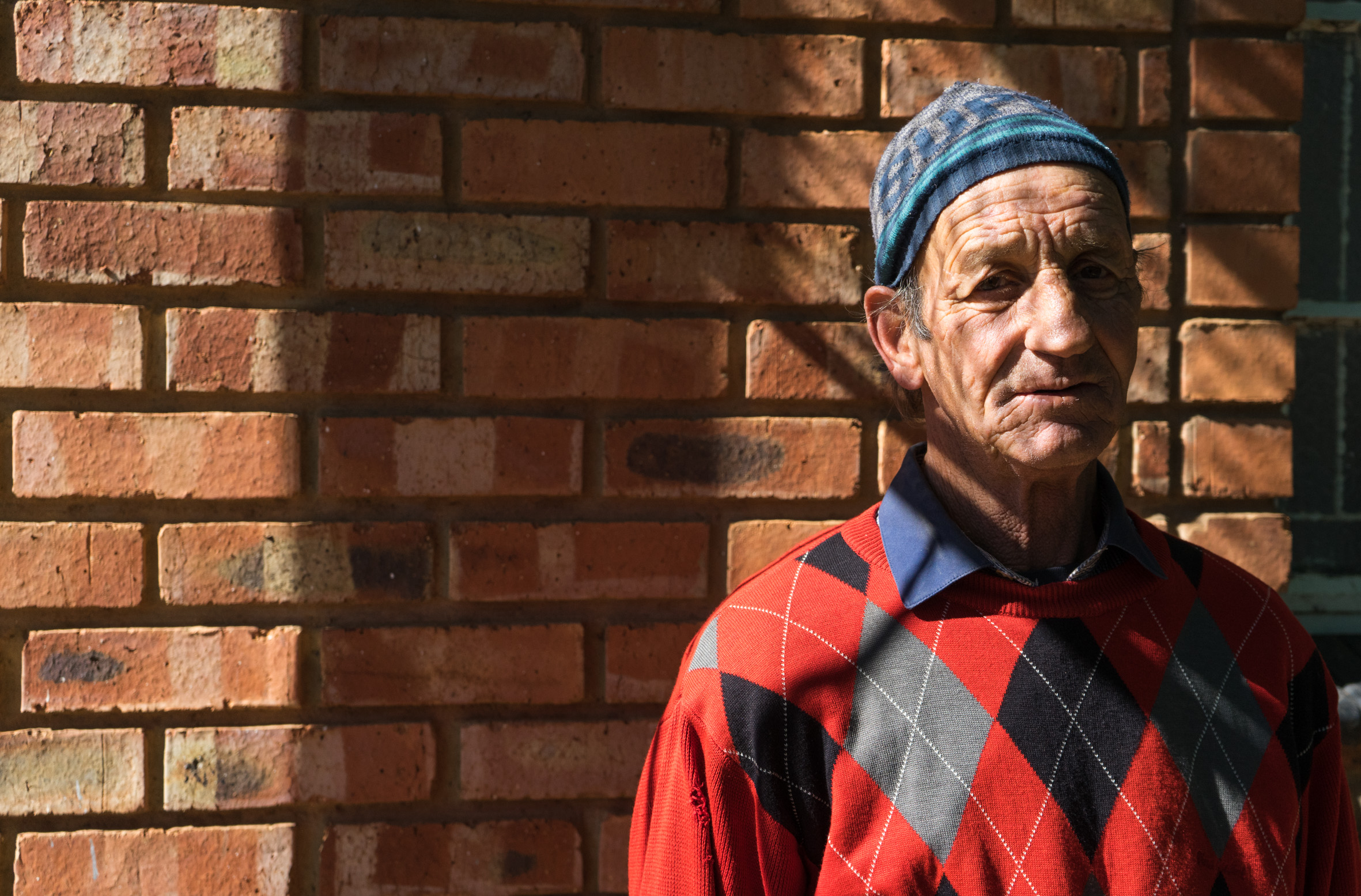 “They robbed me last night, just over there. I just said take it. I didn’t want any trouble,” said Groue. “I’m an old man, what must I do?”

As of Friday, Kimberley police had reportedly issued a call for reinforcements. 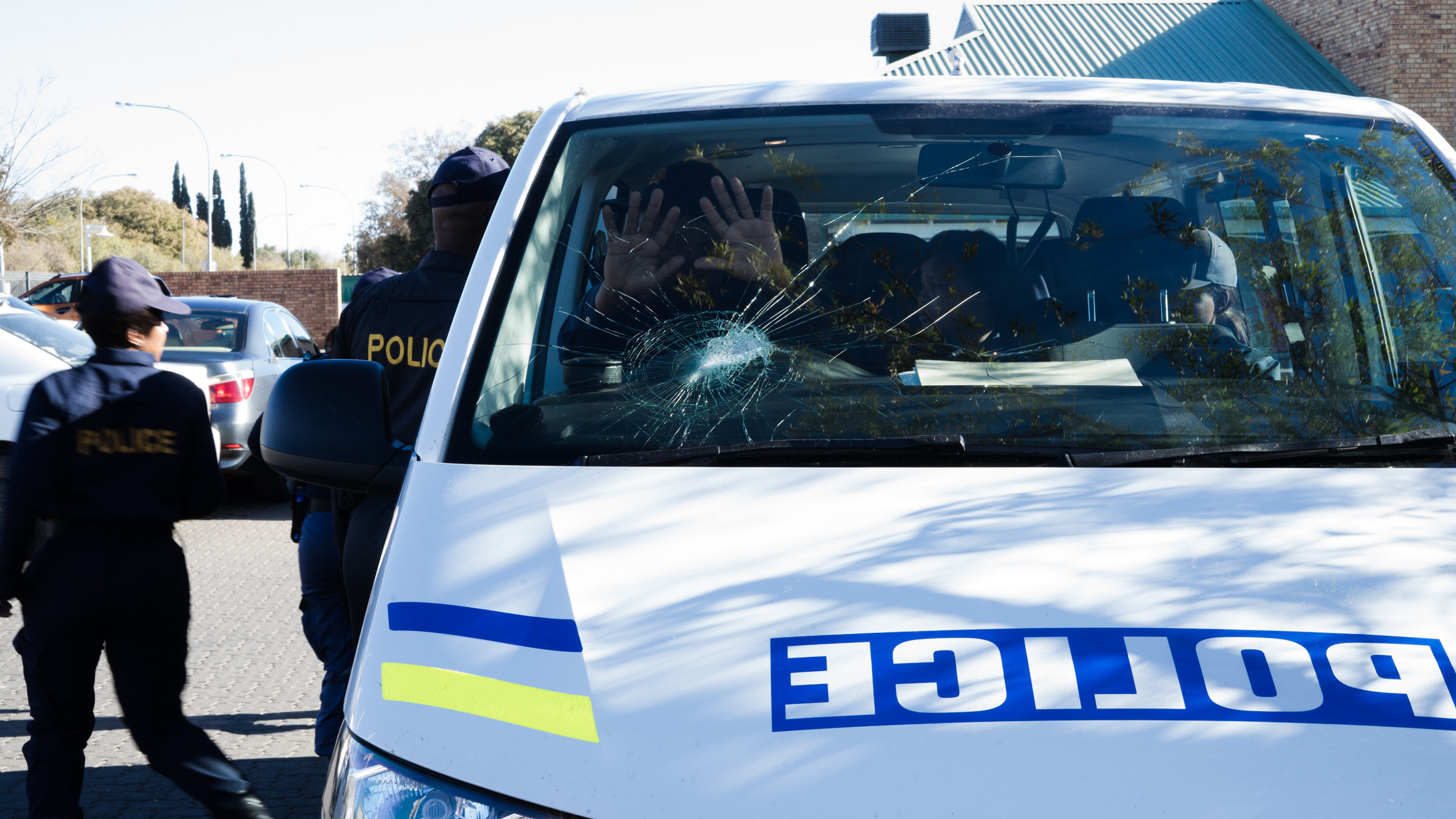 Police resources in the Sol Plaatje municipality are strained as the protests continue. (Richard Loria/M&G)

“Five SAPS members who were injured during the protest have just been discharged from hospital and we have called them back to help,” Lieutenant Colonel Mashay Gamaldien told News24. “Even the officers who have been placed on leave have been called back.”

In the same neighborhood, Wilkens Jaco tried to keep the protest from turning on a grocery store just down the road from his house. 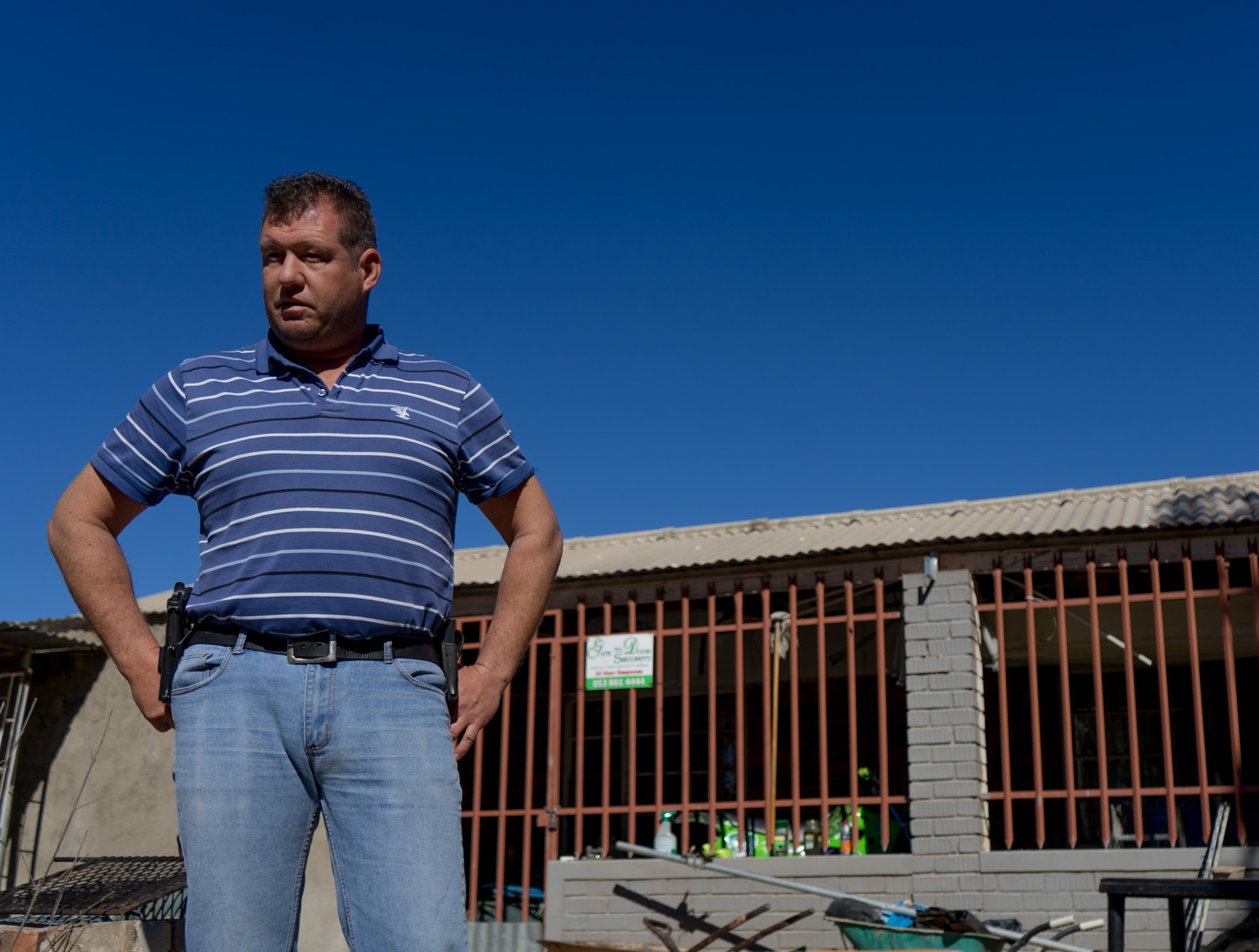 “They know I will shoot, I won’t hesitate because these are my clients and I’m here to protect them. They want to come here and do the same as well, we’re not going to allow that.”

A crowd of people had gathered in front of the grocery store, egged on by a protester with a large rock in hand. “We cannot buy electricity but you get less units,” he said. “This is bullshit.”

Later, behind the fence surrounding his home, Jaco described how how the protest has changed over the course of the last few days, saying: “This as actually all about service delivery for that R260, and now it’s just escalating. Now the criminal part is coming in where they’re looting the shops. And we can’t allow that to happen.”

In Galeshewe, on the other side of Kimberley, Elias Ali had no security to ward off the protest when landed at his shop’s doorstep. He had been staying a friend’s place, out of reach of the riot. The news came as a barrage of texts and calls — alerts from friends, family and neighbours who watched as the crowd smashed the gate and bludgeoned their way into the shop, turning his livelihood into a shell of itself within minutes.

“There was plus minus R300 000 worth of stock. We don’t have insurance. We will try to fill the shop again but we don’t have money.”

Many of the small shops in Greenpoint and Galeshewe are owned by migrants from Bangladesh and Ethiopia among other countries. They have become an easy target.

“I don’t say they don’t like the foreigner — you understand. But when there is strike, when they make toyi-toyi, they attack quickly the foreigner.”

Ali and his family repeatedly directed their ire towards the municipal government, which they say has failed these neighbourhoods.

“They say there are electric problems… there are road problems, there are many things, lots of problems. The municipal government don’t want to listen.”

Small shop owners like Ali were some of the hardest hit by the strike, and the shops often support extended families both here and back home. They were also a source of employment and stability for others in the community, like Milton and Jennifer Mqoma. The couple befriended a Bangladeshi shop owner on the other side of Galeweshe who provided them with a place to stay, and a job for Milton — until his shop was looted as well.

“The morning they took all the things. Another people come with knives,” said Mrs. Mqoma, raising a fist in the air and bringing it down in staccato movements. “And the whole street the people… nobody can help us. I’m bleeding in my heart, because now I will stay hungry.”

“It’s not people striking, it’s tsotsis,” she continued, visibly shaken by what had happened.

The strike is expected to continue until the municipal government concedes to a number of demands, including the resignation of the chief financial officer and municipal manager Lydia Mahloko and Goolam Akhawaray respectively. The two are accused of hiring and public relations company which distributed flyers falsely telling residents the strike had been cancelled. Residents say the pair paid the PR company R1.2-million without following proper tender procedures. Others in the community are calling for the resignation of the mayor.

“We made this shit, making roadblocks, ” said a young Greenpoint resident resident who chose to remain anonymous. Just ahead, a shipping container had been moved to the centre of a T-junction on Woodburne street, the demarcation line which runs the northern border of Greenpoint.

“Listen, we don’t want the police involved in any way. We want the mayor, or the governor who is serving us. I mean, he’s also a human being you see, I’m also a human being. So he will understand what is my needs, because the same needs he has.”

War for diamonds: An unequal battle

War for diamonds: How stones found at abandoned mines enter the illegal economy