Coffee Bay’s pristine seaside land is home to some of South Africa’s most popular holiday resorts and remains in the hands of the Bomvana and Pondo tribes. But this has not translated into a better life, as the locals claim they’re being exploited by the tourism sector.

Stretching from Morgan Bay to Xolobeni, the Eastern Cape’s Wild Coast boasts one of South Africa’s most rugged coastlines, with amaXhosa villages scattered along hundreds of kilometres of nearly untouched beaches dotted with hotels and backpacker resorts. In Coffee Bay, these villages are located on prime coastal land along river banks, hills with spectacular views and on the edge of cliffs that drop dramatically to the ocean.

But owning land does not necessarily equate to wealth and won’t always put food on the table, the Bomvana locals of Jonga village told the Mail & Guardian this week. They claim they are being exploited by the tourism industry.

“This is our ancestors’ land. They are buried in the garden. This land was never taken by the whites during those [frontier] wars [against British forces] and I will defend it with my life.” The headman of Jonga village, Khetekile Nonyawo, beams with pride as he speaks about the land he is tasked with protecting.

In Coffee Bay, the land is administered by the chief and his headmen. This week, most residents advocated for the tribal land system to be protected. This sentiment was repeated by many people attending Parliament’s review panel hearings, which are investigating whether the Constitution should be amended to allow land to be expropriated without compensation.

The current system is flawed as it has not significantly improved the lives of locals in Jonga village and most of Coffee Bay, residents say.

“When I want something to eat, I have to go down to Coffee Shack [a local backpackers’ resort] to look for a job digging trenches or cleaning. They give me R150 a day.” Nonyawo’s voice is now subdued, and expresses the shame of being forced into hard labour despite living on prime real estate on the coast.

Coffee Shack co-owner Belinda Malherbe denies the claims of exploitation, and insists that Jonga village locals who work at the backpackers are treated fairly. “He [Nonyawo] gets paid the same as everyone else here, above minimum wage.”

According to its website, 30% of Coffee Shack is owned by the Jonga village through the Tshezi Community Trust, under chief Gwenyati Pali. Besides employing mostly locals, the Coffee Shack board includes two villagers from the area.

Jonga village is perched on four hilltops and runs along the Mapuze River towards the sea, where land occupied by some of the poorest residents has now become a target for purchase by tourists.

In Coffee Bay, there are few ways to make a living. Nonyawo’s translator, Zuko Mvimbo, explains: “Either you can grow a garden with vegetables — you can rent to these white outsiders — or you can work in tourism, like me.” 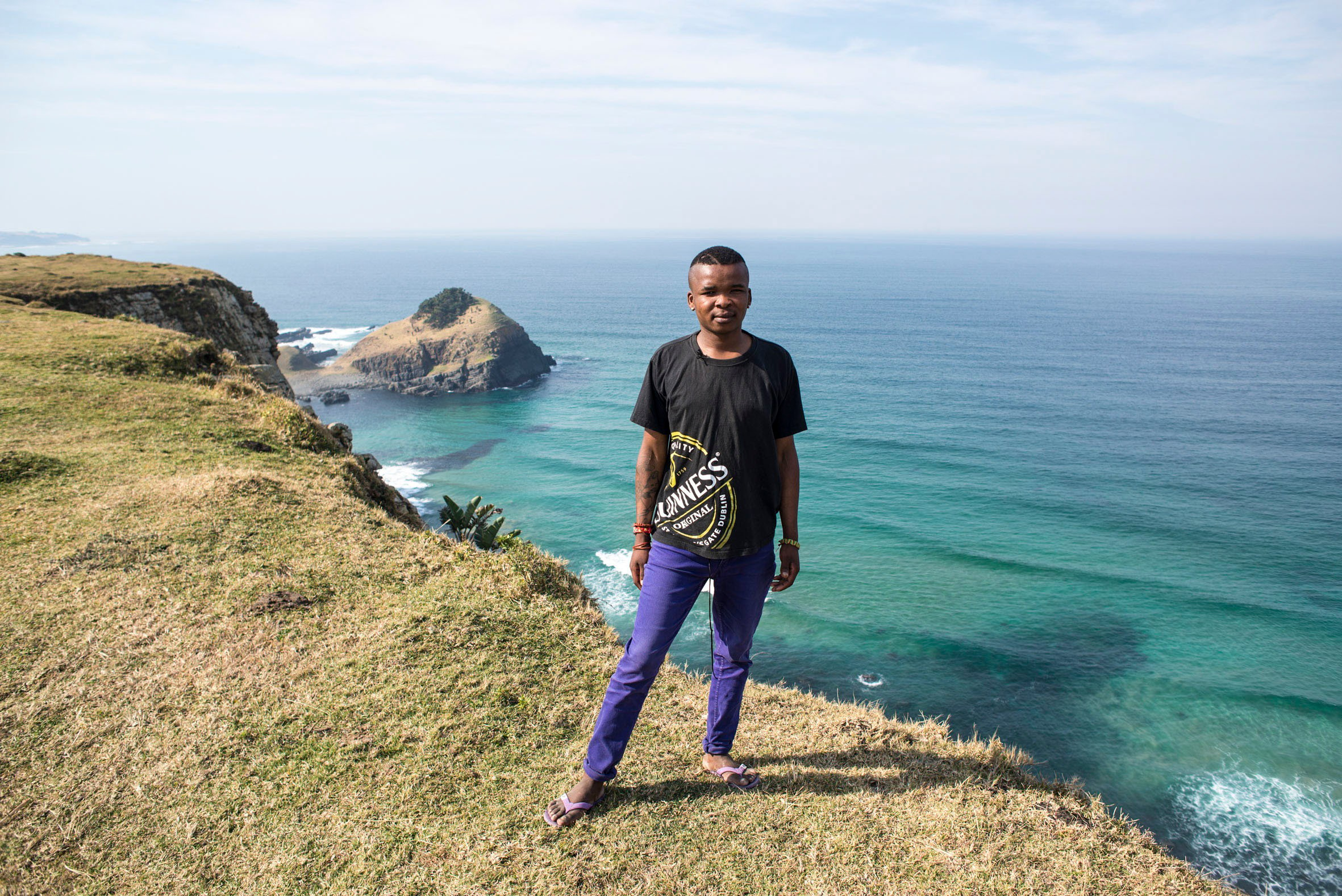 Mvimbo left school in grade eight to be a tour guide in the popular holiday destination.

“But I have beautiful land; you’ll see it now,” he says. An hour later, Mvimbo is standing on his hilltop plot less than a kilometre away from a cliffside dropping on to an isolated beach. “I need to find out how to make money from this land, because I’m exploited too much.

“I mean, I can take 20 guests on the village tour and the backpackers gives me R150 only for the whole day. But the guests pay R100 each,” he bemoans.

To get by, his friends give surfing lessons, dive for crayfish and catch fish for tourists.

Village tours are a popular drawcard in Coffee Bay. Mvimbo takes foreigners from mostly European countries to visit Jonga and observe the residents living there in squalor.

“I explain what a rondavel is and tell them about how the floor is covered with cow dung, then sometimes it’s a sleepover where I take them to my mother’s house and they eat umnqusho and mfinyo — you know, classic Xhosa dishes,” he says.

In return, usually the tourists give an optional tip of R200. Mvimbo says the tourists mostly feel alarmed by the people’s living conditions, and often end up giving more.

In front of Coffee Shack, two women from the Netherlands speak glowingly of their “original African experience” as they buy beads made of seashells, coffee beans, lucky beans and plastic from local women. “We really enjoy it, yeah, would definitely come back,” one says.

The local women sell their crafts and beadwork for R30 each. They say their husbands have been sent away to the mines, so they have to provide for themselves.

Nonyawo admits that tourism is big business in his village, and doesn’t shy away from talking about how much money the chief gets from hotels and backpackers that rent the land their businesses are built on.

The largest of these resorts in Coffee Bay is the Ocean View Hotel, which is less than 200m from the sea, and only 100m from the sand dunes.

Ocean View general manager Alex Brett says the hotel fulfilled its obligations to compensate the locals through the chief, and 98% of its staff are from Jonga village, proving the establishment’s commitment to uplift the community.

“From all that money he [the chief] is getting, there is nothing that comes to us. Nothing,” Nonyawo says, before relaying a story about the chief asking each villager for R50 because he was tired of walking and needed a car.

“We said no. Then a while later, he is driving a double-cab bakkie. Those backpackers bought him that bakkie,” Mvimbo interrupts, repeating a popular rumour in the village.

Despite numerous attempts, chief Pali could not be reached, but the backpackers denied any knowledge of the chief receiving a bakkie from any of the resorts in the area.

“They use us, the whites, and they pay the chief to rent the land. But we need the tourism here, my brother, because in winter, you can’t live out of your garden. It’s too dry,” Mvimbo says.

Dawn Kanatu (46) is, however, proving Mvimbo wrong through the garden that she harvests all year round on land overlooking the ocean. 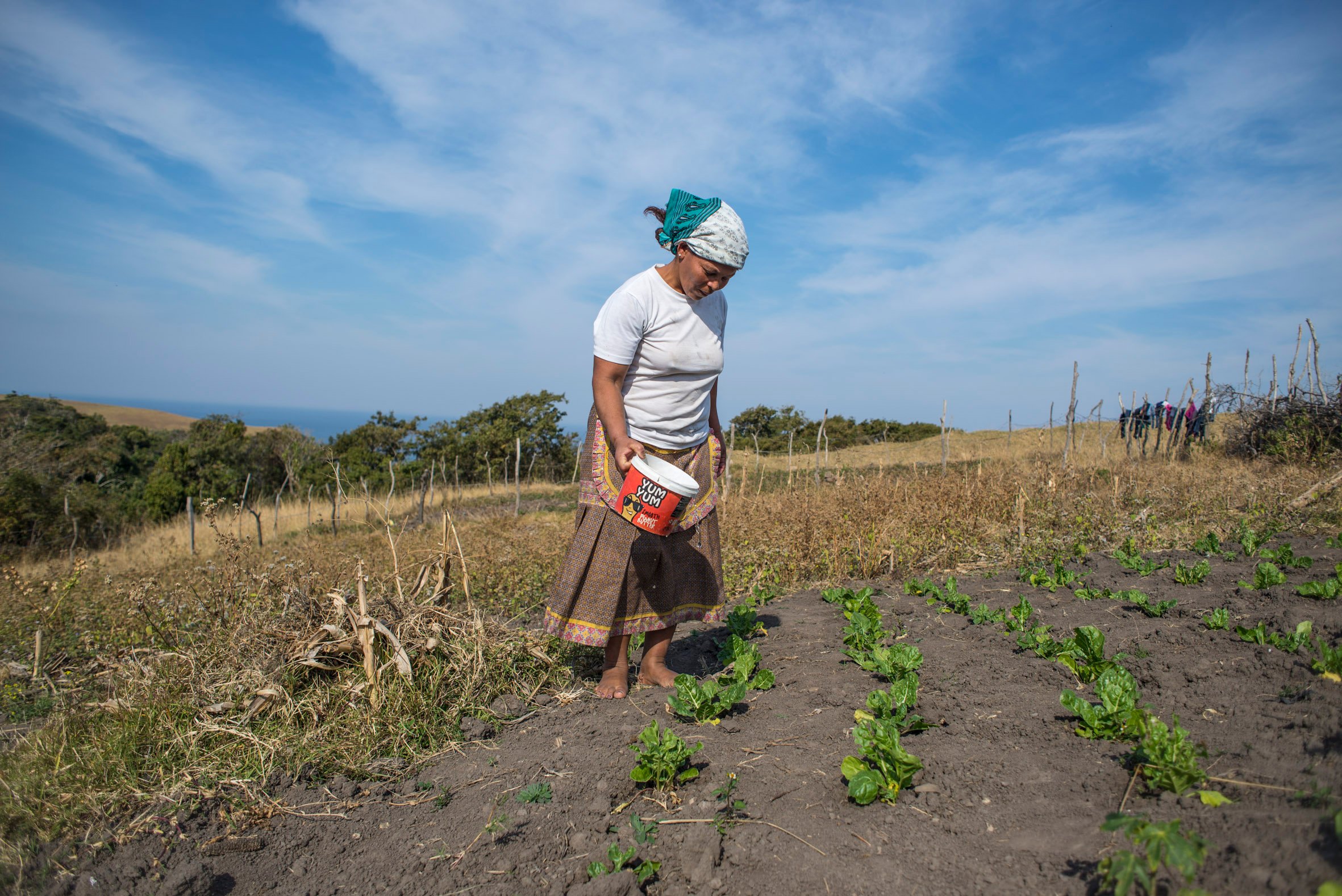 “And I can sell some of the extras down there [at the backpacker resorts],” Kanatu says.

“I am paying school fees with that money. I wanted to my children to go to school in Mthatha but they said no, they like it here.”

Kanatu’s land has also been speculated on by “outsiders” since her husband David built their three rondavels. 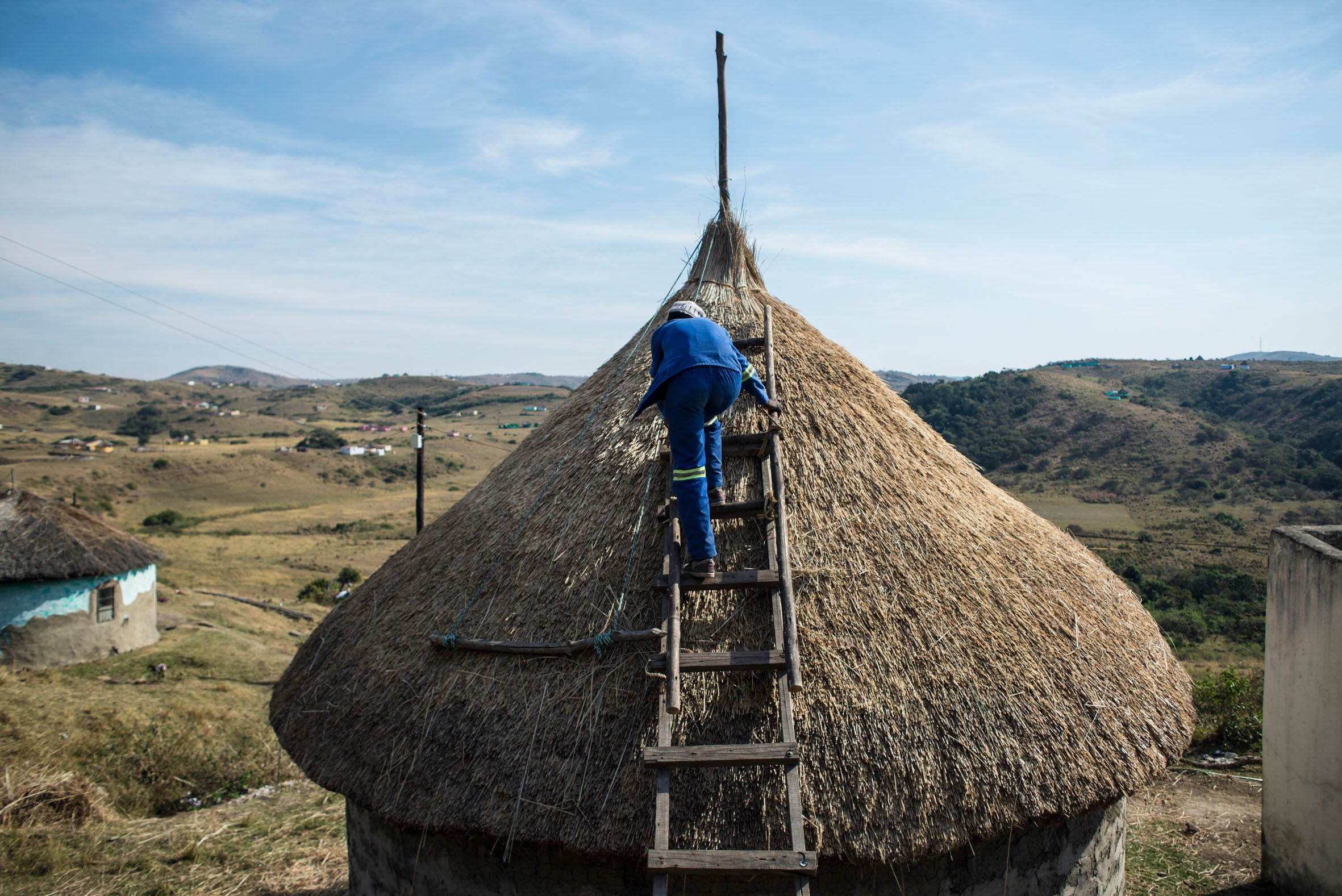 “There was a guy from Durban. He wanted to buy my garden for a lot of money, but I said no,” she explains, watering her spinach plants with a bucket filled from the river that runs through her land.

But Mvimbo believes the real jewel of the village-on-the-beach is its hidden dagga crops. The herb is cultivated by a collective of Rastafarians such as Judah High, who has blended into the community and built a greenhouse for his plants with recycled two-litre plastic bottles.

“I don’t even have to say much about legalising because it will happen on its own, and here the conditions are perfect for it. It grows wild along the river,” High explains.

Back at Coffee Shack, the managers are hesitant to discuss the land debate and how it may affect their businesses. “It’s a sensitive matter,” one of the men, who doesn’t want to be identified, says.

“Ja, because they know they are milking us and milking our land. Now they don’t want to talk,” Mvimbo whispers.