The Mail & Guardian has always been a serious newspaper. Its social commentary and emotionally stirring content have always simmered on the edges of my conscience. Imagine my astonishment, when the little known Singh of Ride Fast magazine was given the opportunity of being associated with this media Goliath.

As a bike road tester I had begun the almost impossible task of refining motoring journalism. It was an effort to drag it away from its current trend of prepaid, bland international reviews and copy-and-paste articles and change it to something more expressive of our diverse culture. In the current climate the industry resonates with vibrations reminiscent of a bygone era; relics that were driving since Ramses flicked his first whip are still manipulating the industry.

This is in no way indicative of us as a developing democracy. For me it was a frustrating crawl through the swamps of ignorance and misnomers of perceived competence in the written word. In fact the fear of “journos” not getting vehicles to test had created more than a few slightly weighted articles and incomplete reports. The M&G’s mandate for expressing the truth was what drew me into the fray.

The Singh decided to take a step in a direction away from the usual extreme of death-defying road testing of motorbikes and venture into the more dangerous world of motor cars.

Welcome to the first quarterly publication of the Mail & Guardian’s Motoring section.

Cars and bikes have always shored on the opposite ends of the river of technology and progress. For many years bikes ruled with arrogant abandon. The only shortcoming on the two-wheeled machine was the moron twisting the throttle. 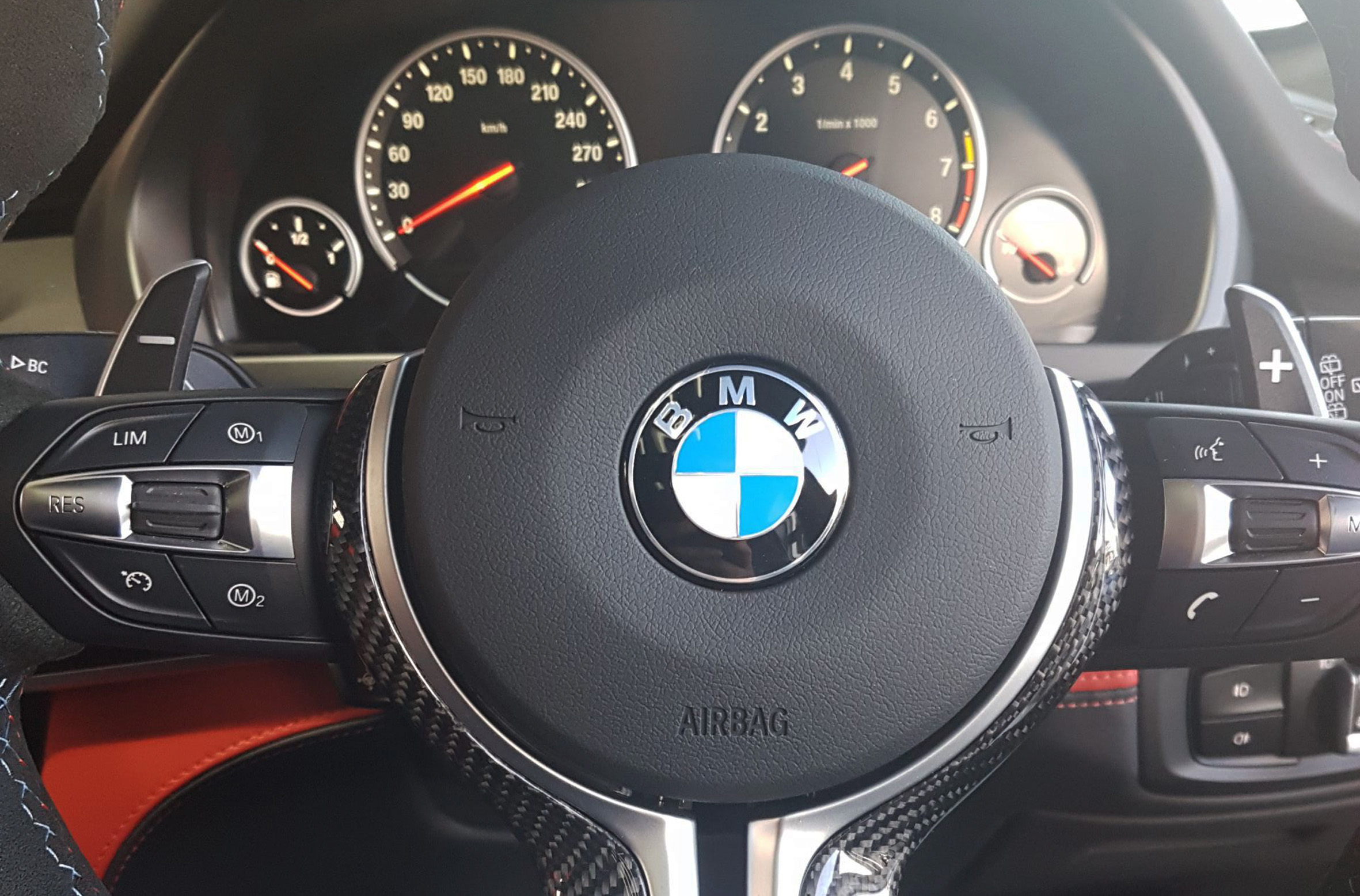 In recent years, the four-wheeled demons of modern science have taken frightening leaps against Newton’s principals and Mother Nature’s laws of gravity.

Our first choice of test ranged between the big three, The Four Spring Duck Technique (Audi), The Bavarian Motor Legend that survived the split of Germany (BMW) and the old men’s status symbol (Mercedes Benz).

Oh, but how these brands have evolved. Pushing out more power than some fourth world countries and better traction than tire-warmed slicks at the racetrack. The new breed of family saloon will twist the mind and tangle the senses, leaving you brutalised and needing a reality check, just to remind you that you are not an immortal being with self-imposed super-powers, but a bag of blood and bones relying on the mechanical geniuses who have crafted these machines from the ground up.

This month we test the 2.3-tonne X5 M. It is a supercar posing as an SUV, disguised as a mommy wagon but with acceleration and performance as subtle as a Michael Bay action movie.

With the original X5, BMW practically invented what is today the modern SUV segment; other manufacturers latched onto the idea of combining what is essentially a clunky off-road vehicle with a large passenger saloon, and as the various incarnations were developed, some engineer decided to further push the envelope by adding ludicrous amounts of unrelenting power.

For all the impulsive flamboyance of the 4.4-litre twin turbo power plant, the liberating power of 567hp, and the disinhibiting promise of traction via 21-inch 325/30 rear tires, the X5 M feels substantially under-marketed and oppressively underutilised on our less-than-adequate roads. 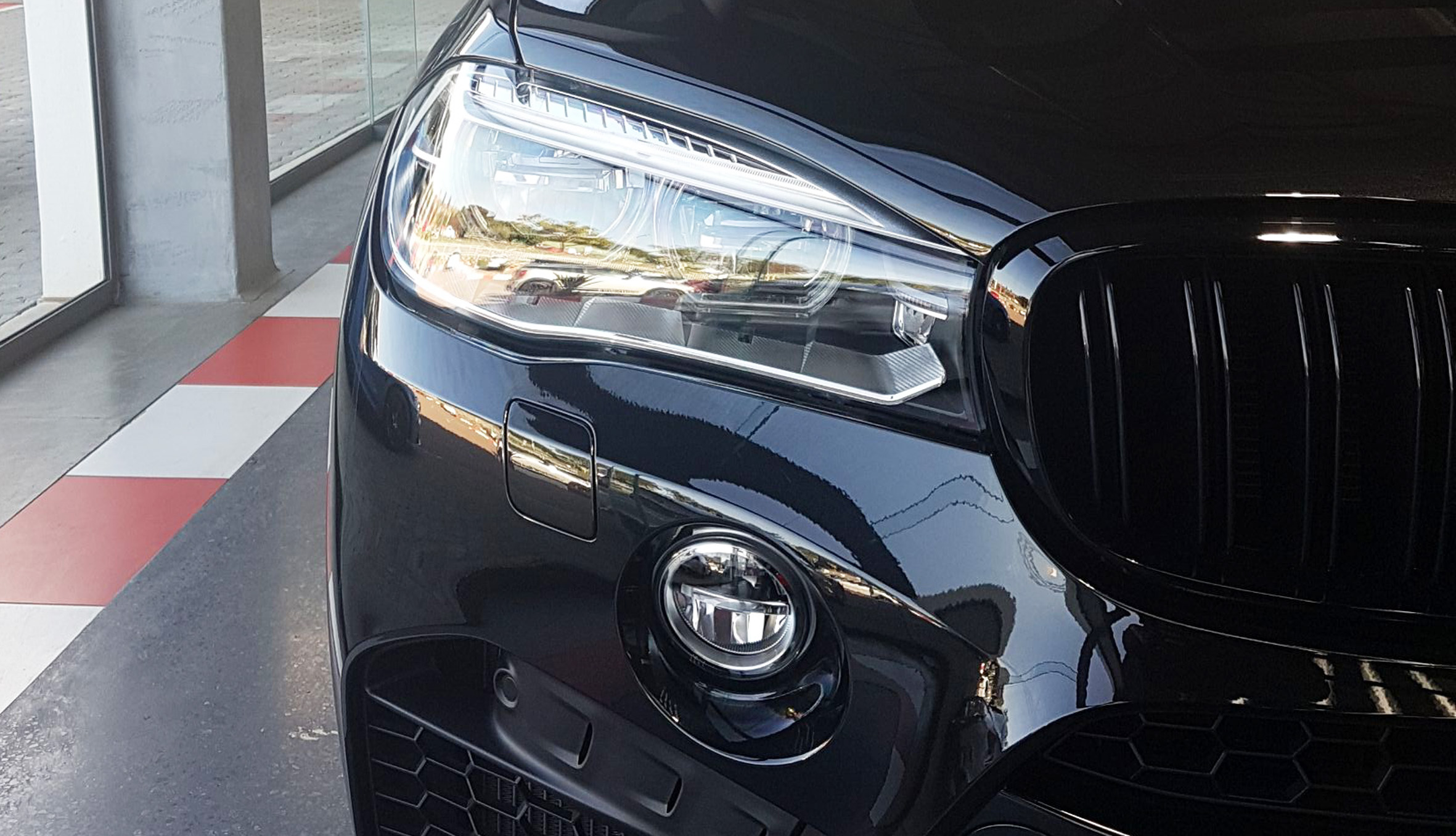 The SUV’s features read like the menu of a five-star Michelin chef’s restaurant. We have heated seats, front and rear, panoramic sunroof, voice activated satellite navigation, enough buttons to keep a space pilot happy for hours and a heads-up display that is provocative and helpful.

One of the features that I giggled about was the hands-free tailgate. You tentatively approach the load area, wave your foot under the bumper, and lo and behold, the back whirrs open. It may not seem like much, but how many times have you found yourself lugging a load to the boot of your vehicle, only to then have to unceremoniously dump your precious cargo, pop the offending tailgate and attempt to smuggle your stuff off the floor back into the f%*king boot while trying to avoid another hernia?

Keyless Go is a feature that I am still not entirely comfortable with, but I’m a biker, what do I know about luxury or lost R8 000 keys? But wireless charging, 20GB of media space, enough speakers to make an audiophile blush and optional LED screens on the back headrests all signal luxurious indulgence with ultra-performance. What is this world coming to?

This generation of the X5 has apparent improvements over the previous models. Some of the improvements include a rumoured decrease in consumption and an increase in power. Perhaps more oomph is not a bad thing.

It’s hard to resist the quick-shifter-like detonation of the gearbox as you caress the paddles through up and downshifts. The changes are soft enough, even under hard acceleration, to be able to sip a cappuccino in the back seat. I wouldn’t recommend this during cornering though. 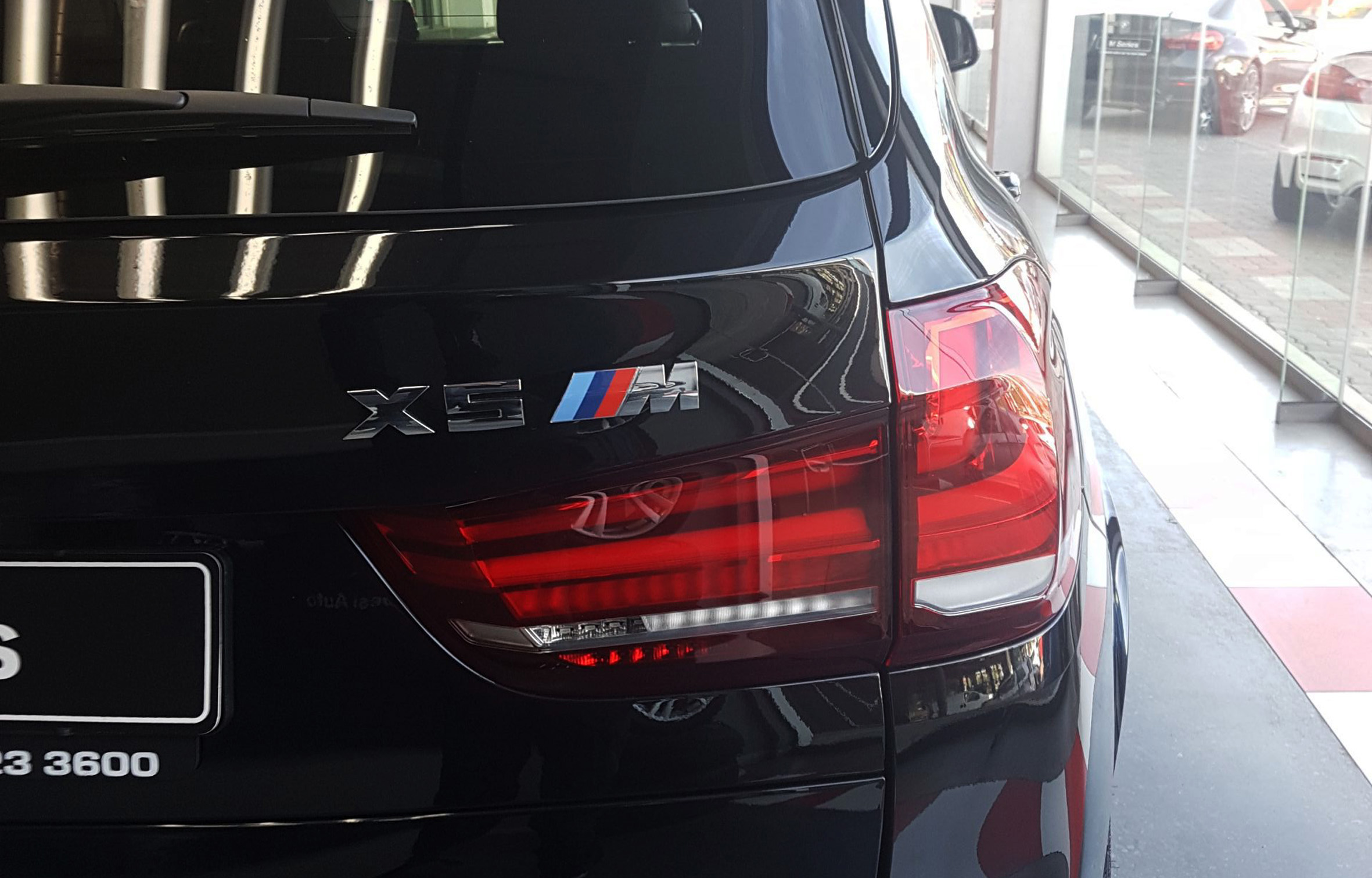 The X5 M is brutal; it feels impossibly fast and stops with savage determination. On our runs at altitude, we managed to secure a 3.7s 0-100km/h, which is absurdly fast for what is actually a SUV on steroids. The Beemer topped out at about 263km/h or so. The biker in me watched the speedo climb with gleeful anticipation and when the restrictor softly slowed me down, I must admit a scratch of disappointment tickled my throat.

For a moment let’s look at the competitors in this segment; we have the Stuttgart stallion in the form of the Porsche Cayenne Turbo, the sultry and suave Range Rover Sport SVR, the all-new Mercedes-Benz AMG GLE 63 S and the yet-to-be confirmed Jeep Trackhawk, all titans in the SUV market. The X5 trumps the Range Rover and Porsche in terms of torque and loses out to the AMG. Like the bikes, none of this is relevant in real world terms unless we can test them against each other.

The X5 M features adaptive sports suspension, which keeps it solidly planted under heavier cornering conditions, but you do subtlety sacrifice ride comfort. The three-odd hours in Joburg traffic had me fidgeting slightly in the figure-hugging seats. But let’s face one glaring fact, this machine was meant to go fast — very fast — with as little fuss as possible. The buttons that reside on the right of the gear lever allow quick access to power, suspension, and steering adjustments. It’s all rather elementary, Dr Watson, once you get the hang of it.

The appearance of the X5 M whispers power without the brash arrogance of the M4 or the loud pallet of the X6 M. Its cavernous air intakes, microscopic X5 M badging and aggressive quad pipes announce its virtues without revealing the ravenous monster that lurks beneath.

I was fortunate to have smug S3 driver pull up next to me and smile. It was not a polite gesture of appreciation from one petrolhead to another, but a smug look of disdain for this BMW that could actually ride over him like a tar bubble in the road. I desperately tried to remember how to engage the launch control, but failed dismally. Instead I tramped the pedal as the light changed and hoped the all-wheel drive system would do the rest. The X5 M blazed a trail up the hill with enough pace to outdistance the Audi by a large margin. Point proven. The business aspect of the SUV delivers superlative performance with the panache and grit of Mike Tyson in his heyday.

The brakes leave re-entry marks across your chest when you stomp on them. We measured that this behemoth stops from a 100km/h to 0 in about 35m. That’s staggering. I don’t think most bikers can stop that fast. Perhaps we should test this.

The upright shopping cart corners like a vehicle half its mass, changing direction with consummate ease and staggering poise. It clings to the road like a face-hugger in an Alien franchise, the massive rubber barely missing a beat as it deftly pulls the big car around some pretty narrow tarmac. As a biker, the handling of something this large defies belief; it has to be driven to be believed.

The Learjet-like start-up, subtle but aggressive stance combined with spellbinding performance creates a dynamic and visceral testament to the powers of technology and evolution. As a road tester I think that although the X5 M does everything well, it is not specifically a purist sports car, but a hybrid with bloodlines that extend its appeal across all categories of the motoring environment.

Whether it’s a dash to the local grocery store, a day of business transactions or a track day at Kyalami, this new generation of SUVs answers all those dark questions and more, all with the power of Thor’s hammer.

Sex Appeal 6 (As sexy as a plus-sized model)

Steering 7 (not much fun on heavier settings)

Acceleration 9 (It weighs more than the entire local superGP team, including their bikes)

Sound 8 (pops when you shift)

New Caravelle sails along in comfort

The battle of the big vans

Our Polo crush gets bigger … literally