Eben Venter’s new novel, Green as the Sky is Blue, is narrated with elegance, simplicity and power. It is seriously challenging and, despite its exotic settings, seems close to home. 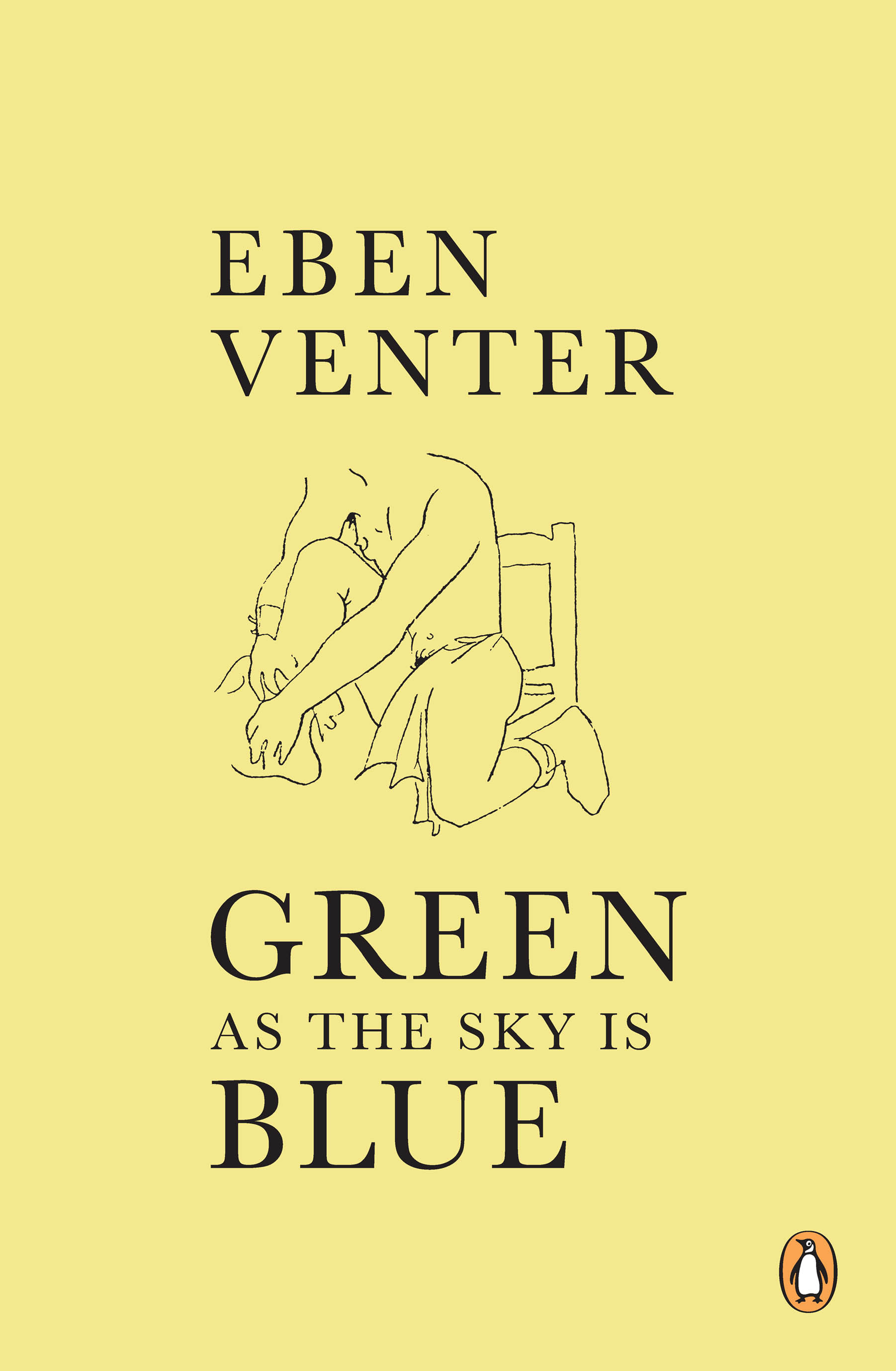 In Simon Avend, Venter’s protagonist, we find yet another manifestation of that now familiar fictional ghost, the white expat who returns to his old haunts in South Africa. An early example of this is JM Coetzee’s autobiographical novel, Summertime, when he revisits his family’s farm in the Tanqua Karoo; another is Peter Jacobs in Michiel Heyns’ Lost Ground. Something has made them leave, some dissatisfaction or fear, but something brings them back. Is it heimwee (homesickness), lost love, second thoughts, curiosity to see whether the agtergeblewenes (those left behind) are really as remembered or just to see how bad or good things are now. South Africans, especially white ones, have been emigrating since the late 1960s, but for those whose umbilical cords are irrevocably mixed with this earth, it is not an easy thing to do.

Simon is a writer, long resident in Australia. In a very pared-down view of his life, we share his visits to his therapist, Dr Jo Spiteri, with whom he discusses in detail a string of casual sexual encounters or, as he frankly calls them, “one-night stands”. He diarises them, with notes, and they are many and various: a male sex worker in Bali, people at a sex party in Milnerton, Cape Town, a fellow South African in a Tokyo hotel and, most significantly, a Turkish art gallery assistant in Istanbul. Other sexual encounters, unconsummated but etched in memory, also recur.

Dr Spiteri hears him out on the details, passionately but calmly recounted, always beautifully described, as far as it is possible to translate sex into words. Venter does this exceptionally well. Dr Spiteri offers her own comments based on Greek philosophers’ views on sex, as well as the writings of French philosopher Michel Foucault, whose four-volume work, The History of Sexuality, has had a radical influence on contemporary feminist and queer studies. These rather academic remarks are surprisingly accessible to the reader, as well as illuminating.

Venter often creates elegant settings, with a few well-chosen details for Simon’s engagements. At times this seems too contrived, too focused on design and lifestyle. But Dr Spiteri’s rooms are the home to which he returns, in a house with a veranda overlooking a river, very far from the hurly-burly of daily life in Simon’s home country or even in urban Australia. It is a scene of meditative respite for the reader as well as Simon. Venter extends and deepens these exchanges by allowing the reader some insight into Dr Spiteri’s own sex life and her carefully controlled attraction to Simon, her client. It’s a delicate balance of genuine affection and professionalism.

Woven into these episodes is a complex and relatively messy thread about Simon’s memories of his home life in South Africa. His relationship with his now aging mother is both exasperated and kind. Ironically, the one embrace in which he feels “sheltered” rather than driven to sexual transcendence is when he allows her to creep into his bed for a while, on her last visit to Australia.

He is distressed not only by the hideous suburbia of her coastal dorpie, but also by the unchanged rituals of braai and watching rugby. He perceives her as stuck in that milieu. She is, but so is Simon’s response to it. Manifestations of casual racism upset him the most, but he himself slips into accepting the structural racism, which remains unchanged too.

Although Simon takes us along on his many adventures, he keeps himself well centred, which he manages by not expecting more than a purely physical exchange. Dr Spiteri invites him to consider what Foucault and the ancient Greeks have to say about moderation and managing one’s sex life. She quotes Foucault: “The moderate individual is one who explores and develops, allows himself to explore, yet is also willing to be explored, and always in full control of his desires and pleasures. And that, sir, is the mark of manliness. The virile stance.”

There is an undercurrent of sadness, but it is for the history of exploitation (the wine farm the taxi driver cannot fully respect), for the poverty that makes children snatch left-overs from dogs, for the dire state of rural roads. But it is at the end of one such road that he learns the meaning of “green as the sky is blue” and how to apply it in his own life. But the question remains: Has he achieved the calm mind Dr Spiteri and he seem to be searching for? Is it possible to manage an obsession?

This novel is the very antithesis of Trencherman, Venter’s angry post-apocalyptic novel set in South Africa, and for which he won many awards. It seems that the tumult of a river of dashed hopes and disappointments has gone over the falls and through the whirlpool to a quieter, contemplative stretch downstream, carrying the writer and his readers to a different place. Green as the Sky is Blue is not overtly political, though our history is always with us. It deals with intimacy and trust, and finding one’s place in the world. Venter dares to bring the reader into a close place, as if to say, we are all the same under the skin.

A novel look at diaspora and identity

Compassion in the tragic quest for a colony

The Texture of Shadows: Beyond anger and retribution