Silver Town: The picture of devastation

It was as if a lightning bolt had struck, leaving a gaping hole where homes had once been. In the burnt-out wreckage, people — tiny figurines among the vast destruction — search for any belongings that might have survived the fire that ruined everything.

Well, everything except the bricks-and-mortar RDP houses to the right of the ashes. The flames also hadn’t managed to reach a few homes on the margins of the informal settlement in Khayelitsha, Cape Town.

Nevertheless, Silver Town had been devastated, turning the glittering corrugated-iron homes into a grey wasteland.

This is the image captured in a photograph that has gone viral. It was taken with a cellphone and forced Capetonians and people all around the country to see what remains in the aftermath of a shack fire. It has aroused empathy for all those who have suffered and helped to raise donations from people and big corporates. 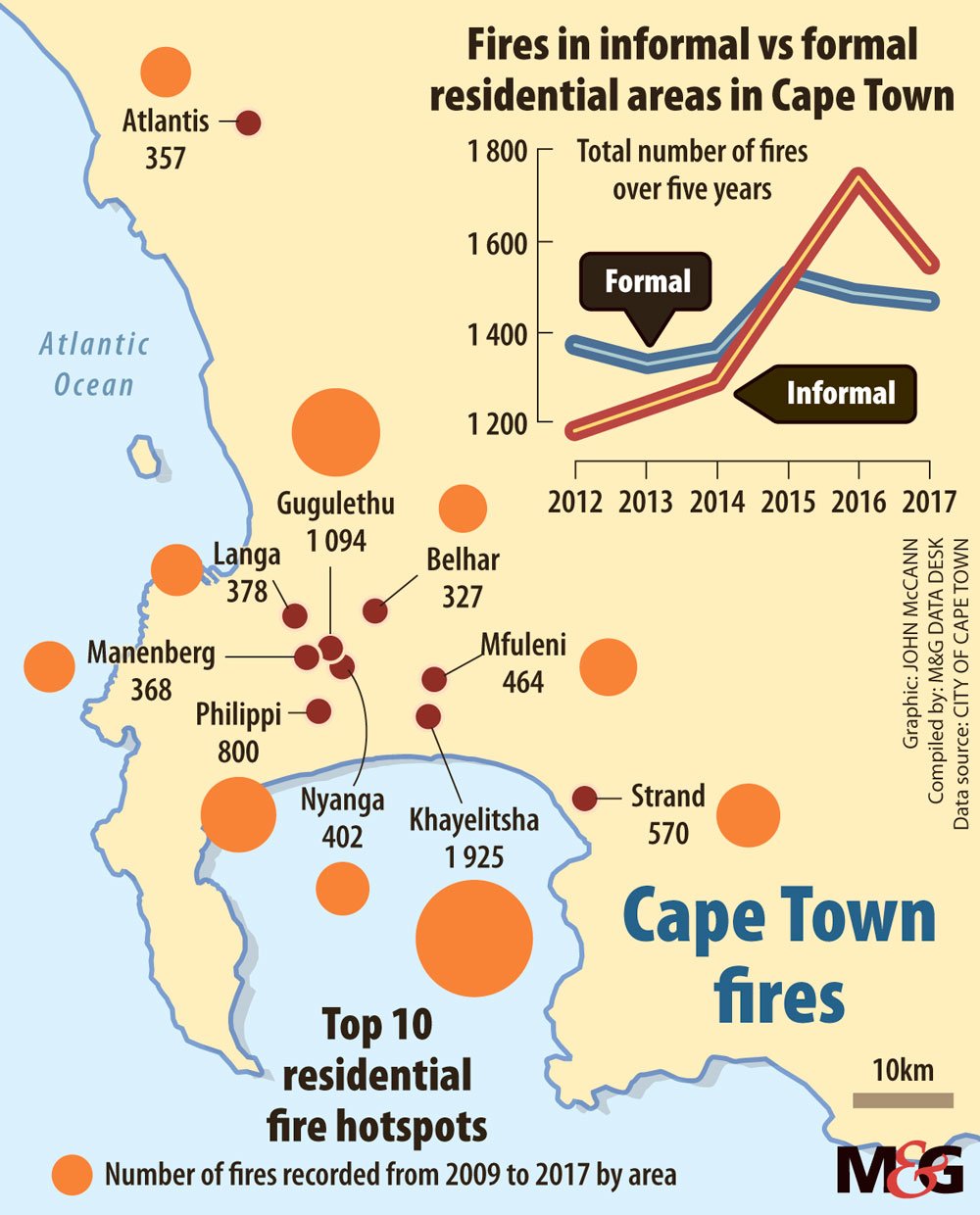 The man behind the photo is an often disliked figure in the Cape Town political and public spheres. He says the photo is important in raising awareness about the calamity of shack fires, but he believes, despite criticism that shack fire victims are treated with less sympathy than those of fires that rage in places such as Knysna, that Capetonians have always responded generously to such disasters.

On Saturday morning, JP Smith, the mayoral committee member for safety and security, sat in a helicopter watching fire engines battle the last embers of the flames. He sent a batch of photos and a video from his phone to a WhatsApp group of journalists and city disaster management officials. His aim had been to assist the city’s joint operations centre to plan an emergency response to the fire, but he says he was struck by the devastation he saw.

“The fires are never par for the course. When some us have fires, we lose TVs, but in this case people are scrabbling for the rudimentary parts of their lives,” Smith says. “It’s not possible to see it without feeling affected.”

His photos are far removed from the despair that spread through Silver Town in the early hours of Saturday morning, when 342 homes were destroyed and 1 355 people were left with the ashes. One person died.

Sindiswa Mdikidiki has spoken to News24 about how she had to throw her baby out of the shack to save her other little one. Other residents were afraid to leave the places where their shacks once stood in case someone else rebuilds there.

But none of this is captured in the photograph. Instead, the people who live in the homes are anonymous. Usually, City of Cape Town photographer Bruce Sutherland takes photographs of the fires that ravage settlements each year but, while he was taking professional images, Smith snapped photos on his phone in portrait mode from the air. These were widely shared on Saturday and Sunday.

For Smith, what he saw from the helicopter was a disaster that would be difficult to respond to. “You start doing mental arithmetic and seeing how narrow the roads are. It’s very difficult to transport necessities when the roads are that narrow,” he said.

His photos were used by the joint operations centre to plan a response to the fire with each of the relevant government departments.

Smith says he has sympathy for the shack fire victims because he knows residents of the different townships from attending community meetings.

The Democratic Alliance has been criticised for the fires that engulf informal settlements in the Cape every year. Pressure has been mounting on the party to provide safe housing and ensure adequate fire prevention methods are in place. Without proper safety measures, fires will continue to ravage Cape townships as they have done in previous years.

But Smith says it’s “extremely disingenuous” to blame the party at a local government level because rapid urbanisation has made it difficult to keep up with housing demands. He also cast blame on the national government for not budgeting enough for housing.

The residents of Silver Town are now rebuilding their shacks, but some complain that the city does not provide adequate resources for this.