Dubai — Campaigners are calling for urgent cross- border action to halt the illegal trafficking of cheetah cubs from the Horn of Africa into wealthy Gulf states, where the animals are kept as pets and traded and paraded on social media sites.

In the past two months, 11 cheetah cubs have been rescued in three raids by the authorities in Somaliland, an autonomous region inside Somalia, which has become a main trafficking route for cheetahs out of East Africa into the Middle East. 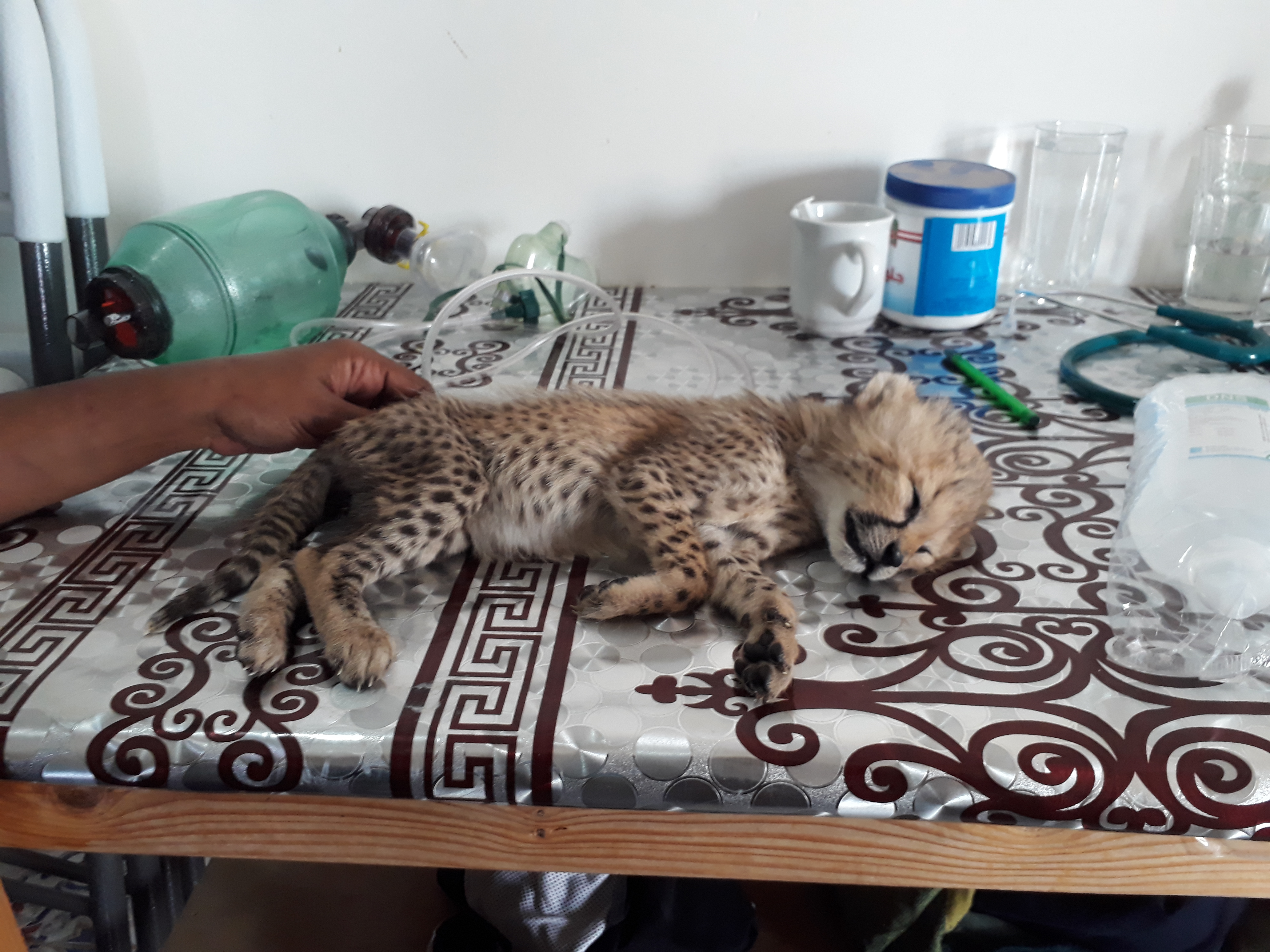 Technology firms have made public commitments to crack down on their sites being used by illegal wildlife traders, but the online platforms remain awash with adverts for endangered animals, including cheetahs.

“The rising trade in cheetahs and other animals for luxury pets in the Middle East is helping to drive critical populations of wildlife to extinction in Somaliland and North and East Africa,” said Shukri Ismail, Somaliland’s environment minister.

The rescued cheetahs are being cared for by Somaliland vets and the Cheetah Conservation Fund (CCF), a Namibian research and lobby institution, which has 14 cubs in a temporary “safe house” in the capital, Hargeisa.

Since the CCF began working with the Somali-land government in 2011, it has intercepted more than 50 attempts to traffic cheetahs.

But, said the CCF’s assistant director of Illegal Wildlife Trade, Patricia Tricorache: “We believe as many as 300 cheetahs are smuggled from Africa into the Middle East every year.”

She said the animals are usually smuggled across the Gulf of Aden to Yemen and then taken to Saudi Arabia and beyond.

In the United Arab Emirates (UAE), many owners of big cats and primates post pictures of themselves and their animals on social media sites, sometimes posing with celebrities. In August this year, for example, a newly opened café in an upmarket suburb of Dubai shared videos on its Instagram feed of a cheetah eating meat off its floor after a customer brought the animal inside. 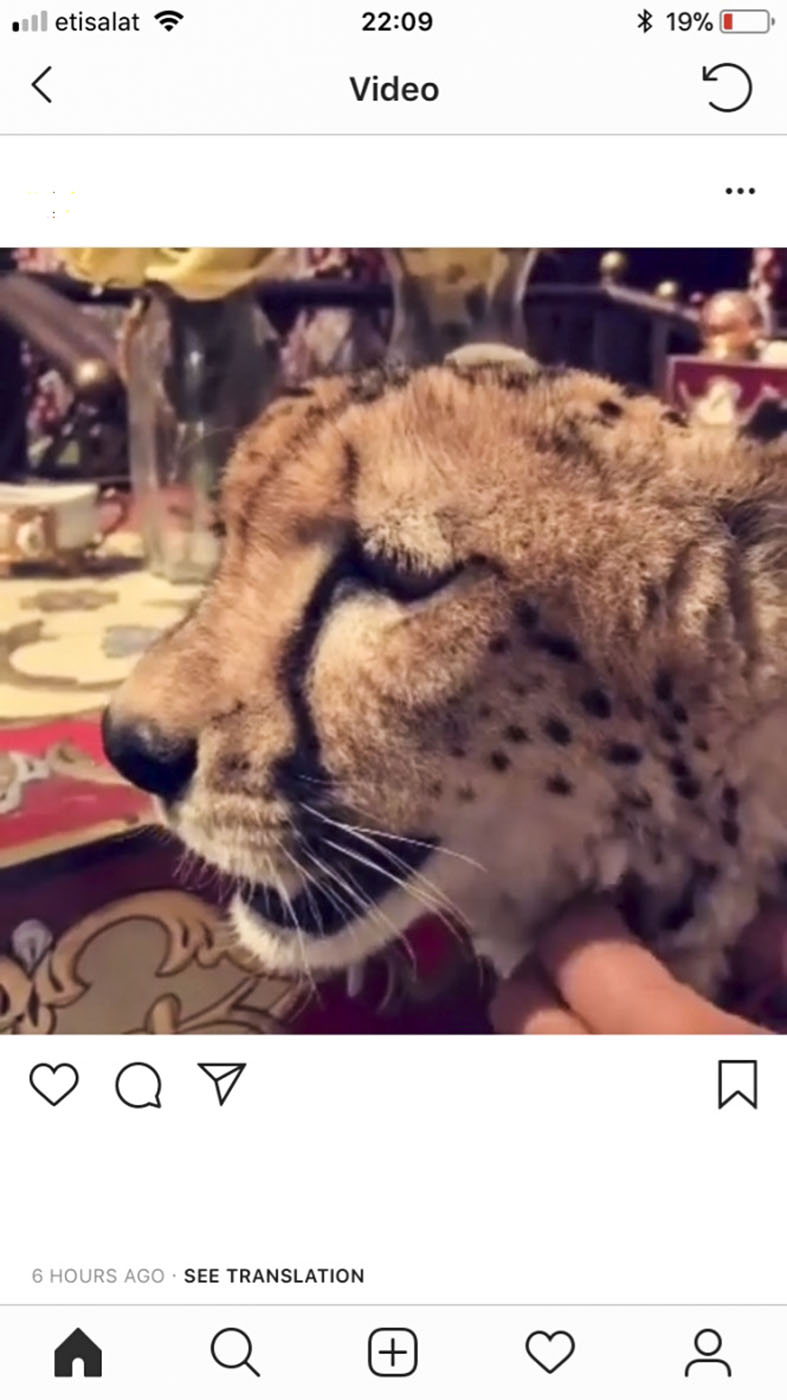 The big cats are in demand by rich clients in the Gulf States who post pictures of their exotic accessories on social media.

Tim Husband, the technical director at the new Dubai Safari Park, estimates there are as many 3 000 big cats kept domestically in the UAE. “It’s a status thing,” he said. “People already have a fast car so they want something else, something more exotic.”

The images posted by the UAE’s super-rich could not be further away from the harsh reality of the cubs’ capture by traffickers, the grim conditions of their journeys and their slim chance of long-term survival.

Daniel Stiles, a Kenya-based independent wildlife consultant, said more needed to be done to discourage people from keeping pets like cheetahs. “You need to stop the demand and that means addressing cultural aspects,” he said. “Animals like cheetahs are status symbols and as long as they are regarded as such, people will still want to have them.”

The UAE is taking steps to clamp down on exotic pets. Since January last year it has been illegal to own, breed and trade cheetahs and other animals, including snakes and primates. Federal Law 22 is a regional first and has been widely praised by animal welfare campaigners.

Hiba Al Shehhi, acting director of biodiversity at the UAE’s ministry of climate change and environment, said that “cracking down on the illicit wildlife trade is one of the government’s top priorities” and that it had been partnering in awareness campaigns in schools, shopping malls and airports in a bid to change attitudes towards exotic pets.

Dubai’s customs officers have received training and detection equipment to help them to spot wild animals being smuggled into the country.

Al Shehhi said that UAE border officers seized 11 cheetahs (out of a total of 21 big cats) between 2013 and 2017 and that the ministry was developing an “integrated system for reporting and tracing wildlife violation cases”.

It is still possible — and legal — to get a private zoo licence in the UAE, and a number of wealthy families continue to keep exotic pets. And, despite the new law and its threat of stiff fines (up to R1.9-million) and imprisonment, a thriving online market for big cats and other now-banned animals, such as monkeys, snakes and crocodiles, continues.

In several cases, the online posts could be clearly linked by phone numbers, branding and Google map locations to licensed pet shops in Dubai, Abu Dhabi and other Emirates.

An independent data analysis of the online cheetah trade by a wildlife crime agency published in September, found that between February 2012 and July this year, 1 367 cheetahs were offered for sale in 906 adverts on various websites and social media channels. Instagram accounted for 77% of all adverts, with the rest appearing on YouTube and other local classified sites. Almost two-thirds of the adverts were linked to Saudi Arabia and the top four sellers appeared to be located there, and 10.8% were associated with the UAE.

Al Shehhi said the ministry had partnered with the Telecommunications Regulatory Authority to monitor online sales, but said that most of the adverts were “posted by fake channels outside of the country”. She said 60% of “such content” had been taken down. She didn’t say how the percentage was calculated.

Instagram and its parent company Facebook (which also owns WhatsApp) are among the companies that, earlier this year, joined the Global Coalition to End Wildlife Trafficking Online, along with organisations such as the World Wildlife Fund, which aims to reduce wildlife trafficking online by 80% by 2020.

Last year the photo-sharing site launched a pop-up content advisory warning triggered by hashtags associated with the sale of endangered animals and animal abuse. But the system does not have a setting for Arabic language posts, and in two months of monitoring UAE-based Instagram accounts, which are mostly in Arabic, there were no such advisories. There was also no option to report posts for their animal-related content.

According to the findings of a questionnaire submitted at a meeting of the Convention on International Trade in Endangered Species (Cites) in Russia last month, there were only 32 confiscations of cheetahs globally between January 2015 and June last year. The UAE said it made no confiscations during this period.

None of Somaliland’s 50 seizures have been included in the Cites data because the country is not formally recognised as an independent nation and is therefore not party to Cites.

Recognised or not, the government in Hargeisa is trying to stop the smugglers at source and in August passed a new forestry and wildlife conservation law, giving added protection to wild animals as well as new powers to prosecute illegal animal traffickers.

Just days after the law was approved, the country recorded its first successful prosecution of two men who had been caught with six malnourished and dehydrated cubs in El Sheikh near Berbera on Somaliland’s northern coast.

Ismail called for more international dialogue, especially with Gulf countries, about the trade in endangered animals. “We are very concerned that if this goes on any longer, the cheetahs will go from being an endangered species to being extinct and we will not be able to rescue them,” she said.

Once found all over Africa and Asia (including India, Pakistan, Afghanistan and the Arabian Peninsula), cheetahs are now thought to live wild in just a handful of African countries and in a small area of Iran.

The International Union for the Conservation of Nature’s Red List, the globally recognised conservation inventory, designates cheetahs as “vulnerable” (one category away from “endangered”) and in 2015 estimated the adult population as under 7 000.

Infringement on their habits as a result of agriculture, roads and tourism and depletion of food stocks are two of the main reasons for their dwindling numbers. But hunting in retaliation for livestock attacks and trophy seekers have also played a part.

Historic records refer to people catching cheetahs to use them to hunt as sport for the aristocracy. Today, the wealthy buy them as exotic accessories to show off to their friends.