Mpumalanga Premier Refilwe Mtshweni could be held in contempt of court for failing to release the findings of a report on a traditional leadership dispute.

The contempt application is being brought by Sello Harries Maloka, who is seeking reinstatement as the kgosi of the Bakgatla ba Mocha clan. Maloka, 84, wants the report of the commission that investigated his claim that he is the legitimate kgosi of the clan released. The papers had not been filed at the time of going to press.

Maloka’s battle goes back 31 years to 1987, when he was deposed as kgosi by the president of Bophuthatswana, Lucas Mangope. Maloka’s half-brother, Ntokolo Justinos Maloka, who is also cited as a respondent in the matter, was instated as the kgosi. 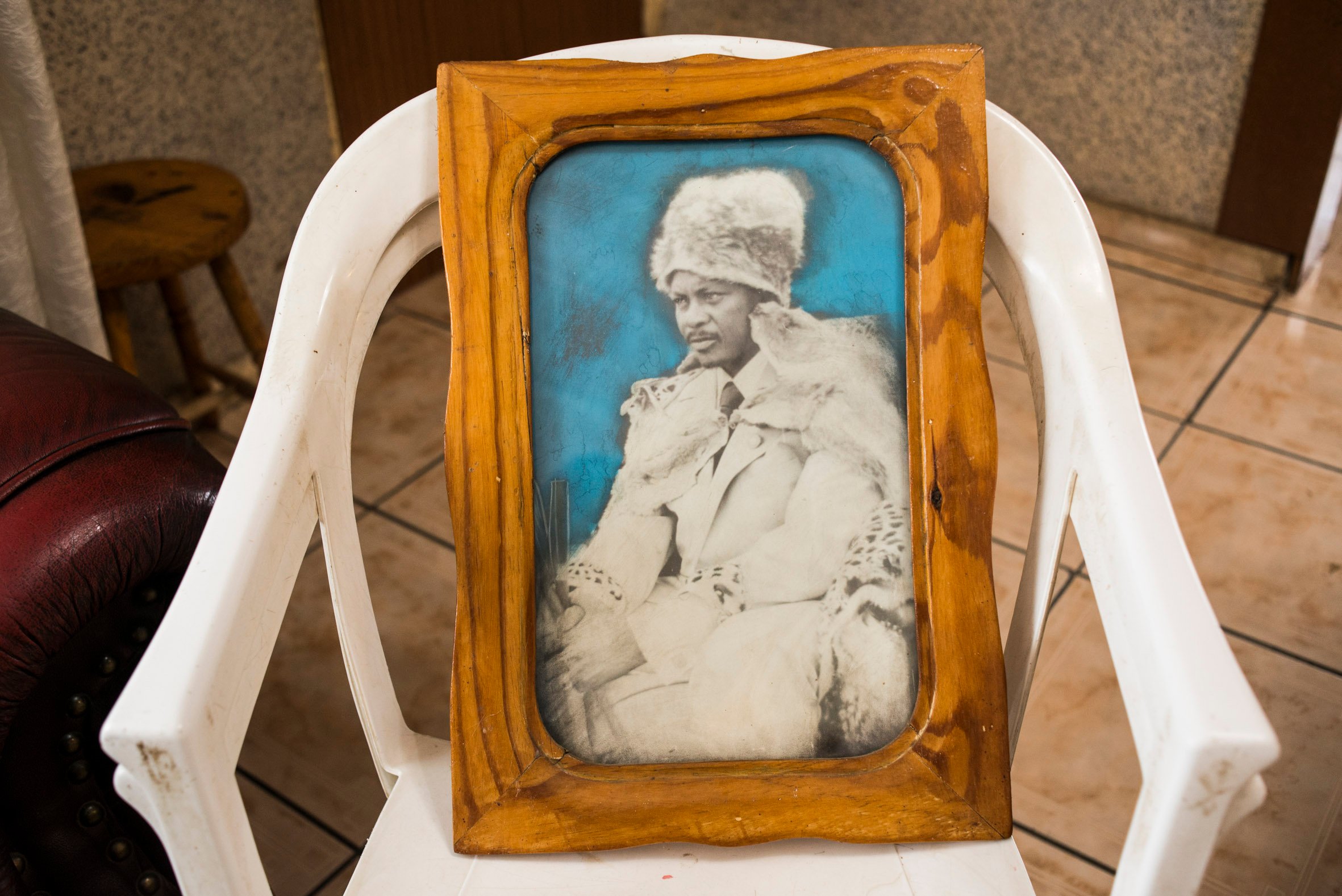 Sello Maloka was the kgosi until homeland leader Lucas Mangope deposed him and installed his half-brother Justinos Maloka. (Delwyn Verasamy/M&G)

The commission began investigating Maloka’s claim in 2011. In August 2014, he made a submission during a public hearing in Nokaneng, near Pankop, and later received a letter informing him that the matter had been finalised.

But, according to Maloka, he has been struggling to get the report released and he has had inconsistent and contradictory messages from different government departments.

Maloka approached the public protector, who suggested he approach the department of co-operative governance and traditional affairs.

Eventually Maloka went to court but, despite an order in his favour, he is still to get his hands on the commission’s findings.

Maloka wants Mtshweni to be held liable in her personal capacity and to carry the costs of the contempt application. He also wants her to be sentenced to “30 days imprisonment, alternatively such period as the court deems proper, suspended for a period of five years” if she does not provide the report within 10 days.

The premier’s office did not respond to questions from the Mail & Guardian.

“It has been frustrating,” said Maloka, from his home in Pankop, about 80km north of Pretoria.

He said the delay in settling the matter had had an adverse effect on his plans to develop the land successfully claimed by the clan in 2008.

The area in Mpumalanga is surrounded by thriving commercial crop, cattle and game farms and extends into neighbouring Limpopo, North West and Gauteng.

The Bakgatla ba Mocha, who bought the land in the mid-1800s, were removed from it without compensation after the passing of the Native Land Act of 1913 and the Native Trust and Land Act of 1936.

They were forced into overcrowded reserves such as Pankop where, because of the scarcity of arable land, they could no longer farm commercially. As a result, they joined the legion of migrant workers in the cities.

The clan’s claim was finalised between 2008 and 2010. But, because of a lack of funding, they were advised to lease the farms back to the white farmers who occupied them before the claim.

“We were aiming high but we are [being] destroyed by this war,” said Maloka, whose home is on the grounds of the clan’s tribal authority offices in the centre of the village.

He is referring to the “cold war” between himself and his half-brother.

In a letter to Bapela’s office, dated January 2017, Maloka, through his grandson Phopolo Maloka, pleaded for a quick resolution to the matter, saying that both he and Justinos Maloka “are in advanced age and in poor health, therefore the report will bring finality and peace to this long-standing family dispute”.

Maloka said it had divided the clan “and further delays in releasing the report will escalate the tensions and deepen the wedges between the different factions of the Maloka royal family”.

He cited a 2015 incident in which his house and car were petrol bombed. One of the farms restored to the clan has become the subject of a tug-of-war between them and land grabbers, who are selling plots for as little as R100. What was once prime agricultural land, valued at an estimated R4.8-million, is now a shantytown of row upon row of hastily assembled shacks.

One of Maloka’s wishes is to build an agricultural university in Pankop. He wants the land to be central to a thriving rural economy, which would employ the youth in the area and would contribute to a bursary scheme that would help to produce skilled residents. That, he hopes, would stop the youth from having to leave the area in pursuit of economic opportunities. 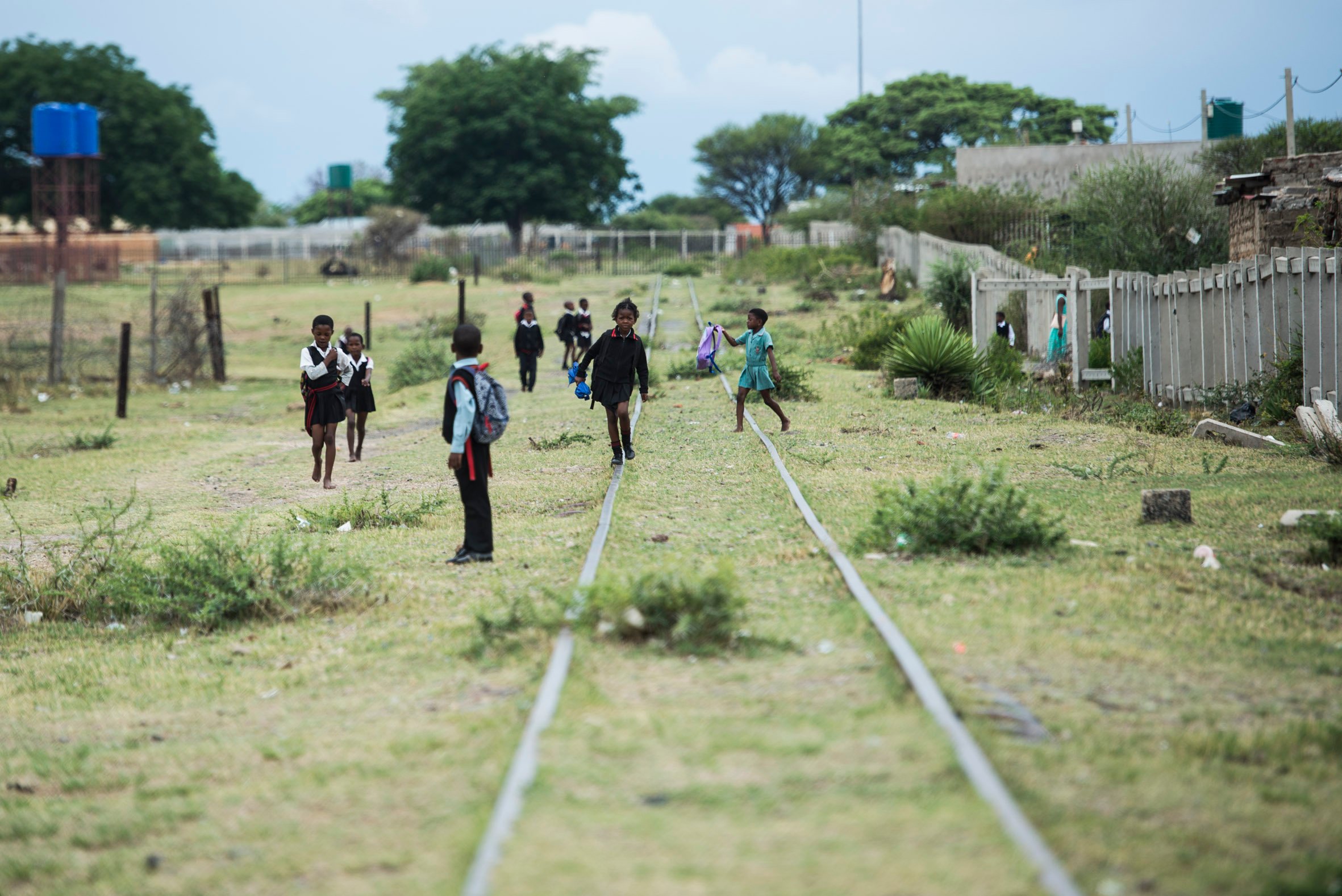 The property association, which administers the land on the clan’s behalf, has been riddled with troubles of its own. It is split into factions, who are pocketing the rent from the farms. Cases of corruption and fraud have been opened against them, but they have yet to be brought to court.

Maloka said they had lost count of the number of different bank accounts set up by the different factions to cash in on the rents.

“I want to bring an end to all this,” said Maloka.

The results of the struggle between him and his half-brother are evident. Maloka lives in an elegant facebrick house, which stands adjacent to the tribal authority’s offices. It is the ancestral home of the Maloka royals. Between the two buildings, facing westwards, are the graves of generations of Bakgatla ba Mocha royals, dating back to the mid-1800s. 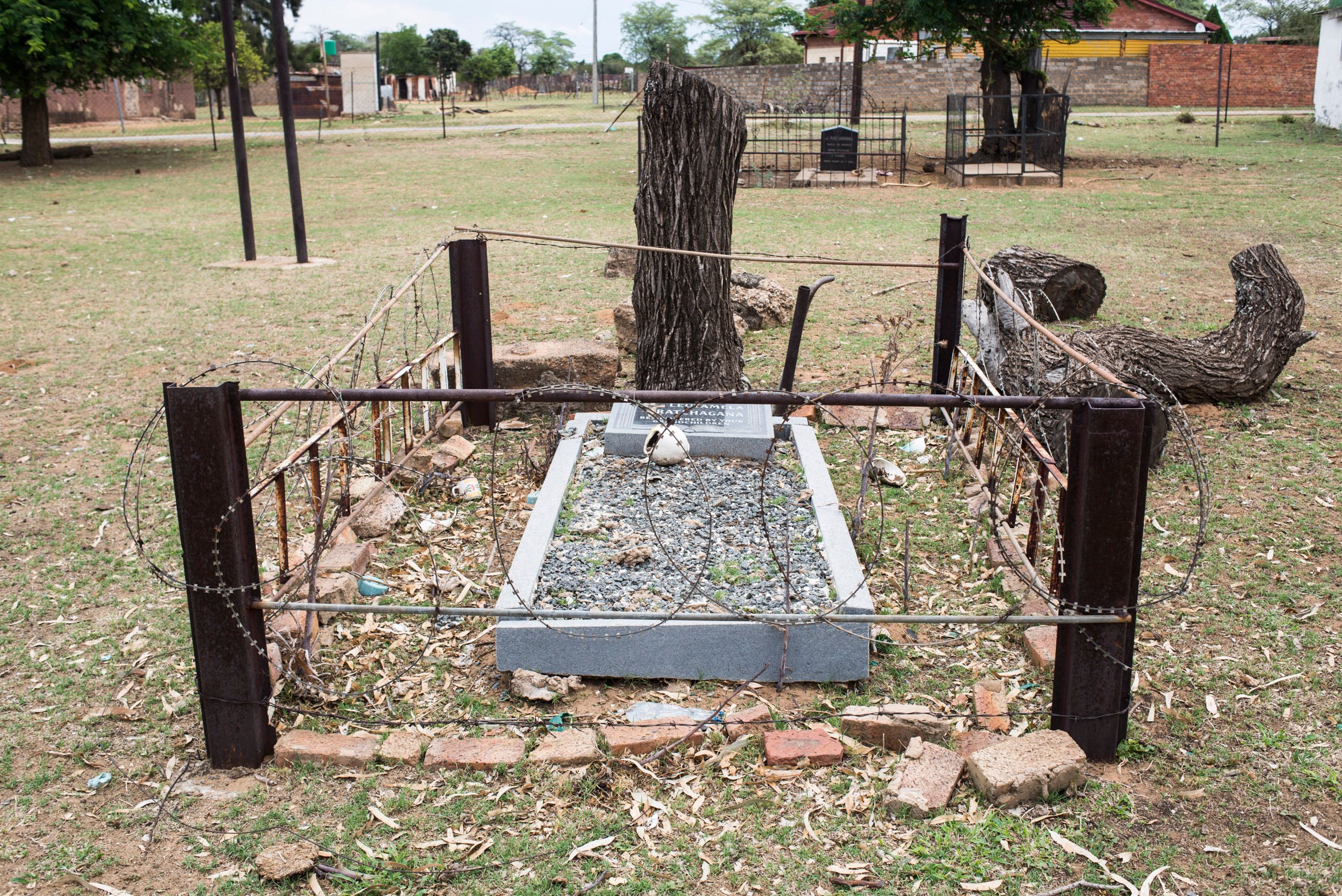 Harries Maloka keeps the royal leopard kaross (seaparankwe) and assegai passed down to him by his forebears in a blue metal trunk, which he hasn’t opened since his public submission to the commission. He hopes that someday soon he will be able to don the seaparankwe when he officiates at the opening of his dream agricultural university in Pankop. — Mukurukuru Media

‘Mangope’s a devil, he pushed me out’

Sello Harries Maloka breaks into a sad smile when he recalls being deposed as kgosi.

He was a member of Bophu­thatswana president Lucas Mangope’s government and a senior party member. His troubles started when he returned from a conference in Eastern Europe in 1979 and the word went around that he had become cosy with the then banned ANC. Mangope was hostile to the ANC and all liberation movements, which were equally against the homeland government system.

READ MORE: What was taken must be returned

Shortly after his return, Maloka proposed to the Bophuthatswana Parliament that the government build a university to benefit its people. The opposition Seoposengwe party sang his praises. This seemed to confirm that he was an opposition and ANC sympathiser.

“I knew that education comes first. But that created a lot of enemies for me. Mangope believed the rumours that his [presidential] belt was going to Pankop if he didn’t deal with me,” said Maloka, who still keeps dusty copies of the minutes of the Bophuthatswana homeland government’s meetings.

He was deposed in 1987, after a series of violent incidents allegedly instigated by Mangope.

“Mangope is a devil. He came here, shook my hand and said he was with me. But on the other hand he was working to push me out.”

Maloka fled his home village after he was tipped off about a plot to kill him. He settled in Ermelo and lay low for months.

He eventually became an estate agent. When the liberation movements were unbanned in 1990, he moved to Johannesburg before returning to Pankop.

He had joined the ANC in 1953 in Alexandra and remembers attending meetings addressed by a young Nelson Mandela.

Arrests, deaths double as isolated looting and vandalism spread beyond Gauteng and KZN