Laying bare the basics of science for community development

The Water Research Commission (WRC) recognised the need to use science for the benefit of communities, and appointed Amanz’abantu Services for the implementation of a social franchising project to benefit 302 peri-urban schools in the East London education district.

The researchers looked at social franchising and economic opportunities from the application of appropriate faecal sludge treatment technology. After this they examined piloting processes and the application of affordable biochar technology for the safe treatment and beneficiation of faecal sludge. The last aspect, though treated in full detail separately, was to oversee the improvement in school sanitation facilities, learners’ hygiene behaviour and performance at project beneficiary schools.

Melanie Wilkinson, one of the researchers, said that social franchising is a new concept. In her own words: “Social enterprise operates in the market to achieve certain goals.”

She said: “The increased acceptance of the importance of social entrepreneurship can be interpreted as a paradigm shift, applying commercial tools to increase the impact of social projects and to make them more sustainable. The social entrepreneurs are expected to make enough profit to be sustainable and to achieve and promote their social goals, but they do not take profit out of the community or distribute it to any other shareholders.”

What has now emerged is that instead of finding places to dispose of faecal sludge in the Eastern Cape, there is a new way of reusing it. In the past municipalities have had difficulties in transporting sludge to distances of over 300km to dispose it.

The application of biochar to soil helps in the reduction of offsite pollution. It increases the retention of nutrients such as phosphorous and nitrogen in the soils, aids in decreasing the leaching of these nutrients into the groundwater and helps to save the nutrients from erosion due to surface water flow. 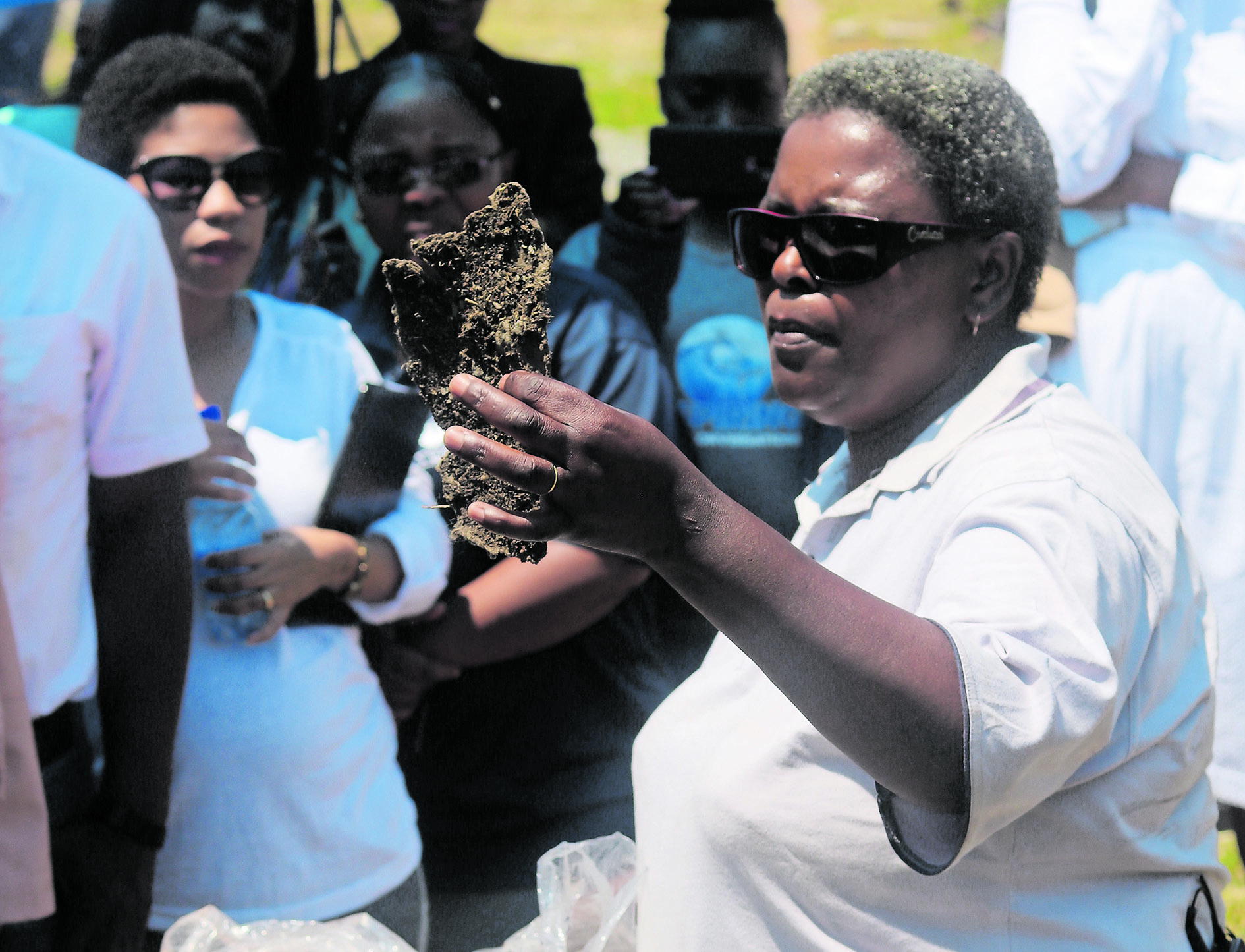 Sakkie Obafo of the Amathole district municipality said that when they started with the project in 2009 they involved seven local municipalities. They worked on emptying ventilated improved pit latrines, but were confronted with the question of what to do with the sludge after emptying these latrines. They had to dispose it within select areas after having commissioned some studies on groundwater protocol in such areas.

“In Dutywa, where we started, we demarcated areas to dispose of sludge and backfill properly. The challenge was that we were emptying one pit at a cost of R1 500, which became unsustainable in the long run. With so many toilets having reached a point where they had to be emptied, it proved to be difficult for us.”

The intervention that the researchers came up with was seen within the larger project of economic development in the area. “Faecal sludge is a resource, as it contains resources such as nutrients, energy and water. All these contents have value and offer beneficiation and monetary gain for social franchisers,” said Wilkinson.

It was this element of social beneficiation that pushed this scientific project to look into management of sanitation within schools as well. The idea was that for franchisee to benefit from the ultimate product, the operation and maintenance of sanitation facilities needs to be stepped up.

Dr Sudhir Pillay of the WRC said: “We wanted to know what is the problem with rural schools and to find a solution for it. There were factors that were influencing the infrequent use of school sanitation.”

Pillay said there are general problems of management in schools. The focus on putting in new facilities was not a solution, as the attitude towards sanitation would not have changed that much. It is for this reason that they had to work first on the attitude of users for the long-term sustainability of this project.

Asked if this project has the capacity to grow bigger than where it is now, Pillay said there is indeed room for growth, especially if the procurement matters between municipalities and franchisees can be streamlined. Currently valuable expertise that the franchisees acquire may not be able to put back into society when ordinary sanitation bids are issued. He said there is a need to tailor-make specifications before government departments and municipalities advertise sanitation operation and maintenance projects.

“Another challenge is that everyone wants to have a flush toilet, yet we don’t have enough water and energy that will go with it. We should find better ways of using the meagre water we have to flush toilets, maybe even getting to a point where two litres will be good enough to flush a water toilet,” said Pillay.

The team of scientists is convinced that the experiment conducted in the Eastern Cape can yield positive results and see growing business in the biochar industry. Naidoo said: “Biochar technology for faecal sludge treatment presents an innovative, cost-efficient and appropriate technology option for turning faecal sludge into sustainable and environmentally sound development opportunities.”

The technology has the ability to create economic opportunities for communities while addressing unacceptable levels of environmental health hazards. The use of the products of the biochar process can result in community-level economic development opportunities that may have the untapped potential to unlock economic growth where it is most needed,” said Naidoo.

For this enterprise to grow there would be a need to have a level of acceptance, for example of the use of biochar for domestic use. This requires the involvement of social partners. Research shows that currently there is increasing use of biochar, for iron supply within the agricultural sector as well as fertilising the soil. — Ndavhe Ramakeula