“Physics was invented and built by men,” said Alessandro Strumia, a senior Italian scientist, in a seminar in September on gender issues in physics at Cern, the European nuclear research centre in Geneva.

The reason, he said, for the discrepancy in the numbers of men and women in the field is that women are innately less capable than men. He then suggested that male scientists are being discriminated against in order to give opportunities to women.

More than 4 000 scientists from around the globe have signed a statement pointing out the scientific and moral problems with Strumia’s remarks.

“Physics and science are part of the shared inheritance of all people, as much as art, music and literature, and we should strive to ensure that everyone has a fair opportunity to become a scientist,” reads the statement. 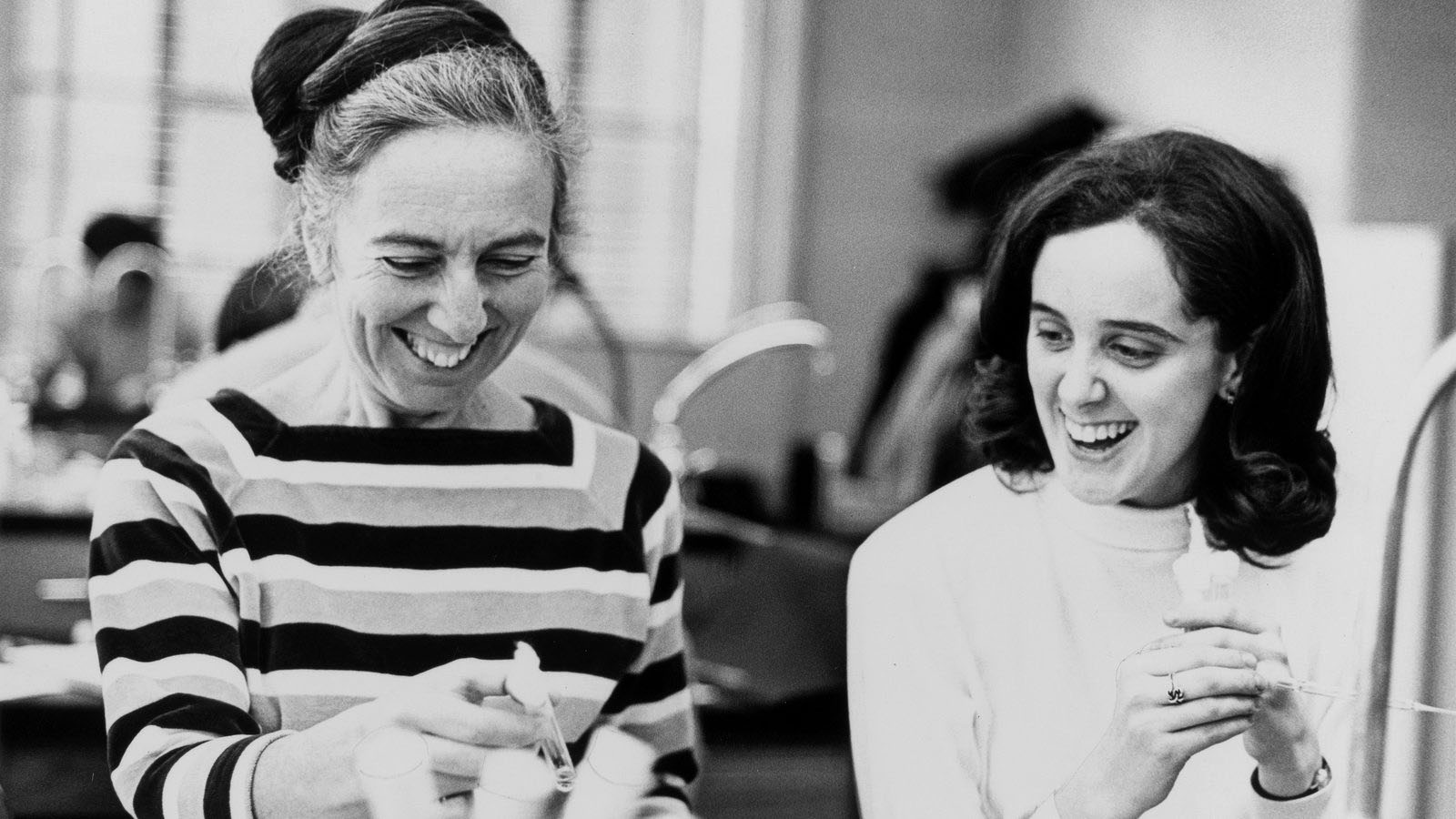 Manglin Pillay, the chief executive of the South African Institute of Civil Engineering, wrote in an article in July that women “prefer to choose care or people-oriented careers, while men tend to choose careers that orient them to things and mechanics”.

“Should we be investing so heavily in attracting women into STEM careers [science, technology, engineering and maths], specifically engineering?” Pillay asked.

In reaction, WomEng, an organisation for women in engineering, issued a statement: “To discount the contribution women have made to this sector is a grave injustice and to reduce us only to caregivers is a travesty.”

James Damore, a software engineer at Google, wrote in an internal memo in July 2017: “The gender gap in tech” exists because of biological differences between men and women. He based his conclusion on “an evolutionary psychology perspective” and argued that these differences are innate and bred into us by natural selection.

Google fired Damore for “advancing harmful gender stereotypes in our workplace”, a violation of the company’s code of conduct. Damore has filed a class action lawsuit, claiming that Google is discriminating against conservative white and Asian men.

Many scientists have pushed back against Damore, questioning the accuracy of the “science” he cited. Physicist Jess Wade argues that “those biases have calcified the idea that the inequities that surround us are rooted in our biology rather than our society”. 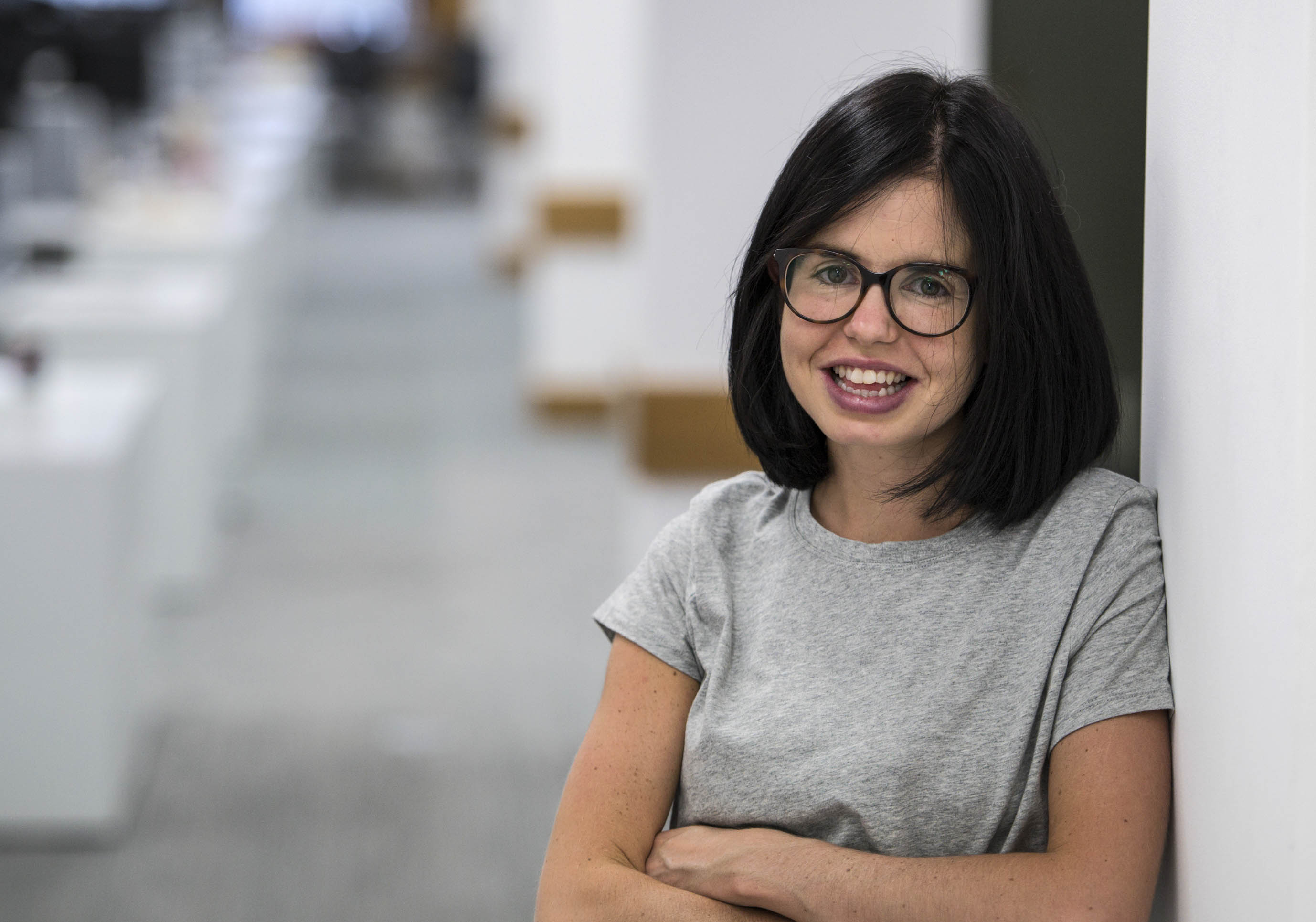 Why has there been a flurry of statements recently from male scientists claiming that women have less capacity in the sciences than men? What aspects of the history of science contribute to the persistence of these views?

In 2016, I published a book about the history of palaeoanthropology and genetics in South Africa. Darwin’s Hunch: Science, Race and the Search for Human Origins explores the following questions: How has the changing social and political context shaped the search for human origins? What influence did colonialism, apartheid and scientific racism have on the search? And how did scientists’ assumptions shape their research questions about human evolution?

My next book is inspired by Ruth Hubbard, the first woman to achieve tenure in biology at Harvard. Her course on biology and women’s issues that I took in 1983 helped me to see the tendency for male scientists to use biology to affirm patriarchy. Hubbard wrote numerous books and articles on this topic.

Hubbard stood before a lecture hall of undergraduate students, wearing corduroy jeans and walking shoes, with wispy salt and pepper hair in a braid. She showed us that there were scientists who believed the Victorian stereotype of the active male and the passive female, and that these scientists imposed their beliefs on their research, whether it was with animals, humans, algae or bacteria. Hubbard often described these scientists as “promoting a self-fulfilling prophecy”.

“The reason for the survival of these recurrent [biological] determinist theories is that they consistently tend to provide a genetic justification of the status quo and of existing privileges for certain groups according to class, race or sex,” wrote Hubbard and several of her colleagues in the November 1975 issue of the New York Review of Books.

They critiqued sociobiology, a new field that argued that men and women had different capacities and abilities as a result of the different roles they played hundreds of thousands of years ago as hunter gatherers.

As a result of Hubbard’s course, I wrote my undergraduate thesis about how male physicians in the United States from 1870 to 1920 portrayed women’s biology as inferior to men’s. They urged young women to stay away from further education and focus on their reproductive function instead.

“What an ingenious way for the elite male community to keep women in ‘their place’. And it seems ludicrous to me that any portion of the population — male scientists, etc — would try to break off women as a subset of humanity and try to prove them to be inferior,” I wrote in an essay.

“I realise the factor of self-interest, but discouraging competent, skilled, intelligent women seems to be against the better interest of society. Unfortunately, the frantic search for biological sex differences persists today as it did a hundred years ago.”

Decades later, this search for biological differences persists. Thousands of women scientists around the world are asking why. My new book will return to this subject, which I explored as a young student.

Hubbard died in September 2016, but she would be glad to know that a new wave of women scientists is pushing back against the old debates, and disagreeing with men like Strumia, Pillay and Damore.

In the month that Hubbard died, Margot Lee Shetterly published Hidden Figures, the book that was made into the film of the same name, about African-American women mathematicians, such as Katherine Johnson, who played a critical role at Nasa in the 1960s.

In 2017, Angela Saini, a British-based science writer, published Inferior: How Science Got Women Wrong — and the New Research that’s Rewriting the Story. In the same year, Wade, a British physicist at Imperial College, began writing hundreds of Wikipedia entries about unrecognised and overlooked women scientists.

Wade, who works in experimental, solid-state physics, was in the audience when Strumia gave his talk. She says: “When people in positions of power spread such ideas, they teach the next generation of scientists that such behaviour is okay. Obviously, it isn’t.”

On social media, there is growing attention to women in STEM with hashtags including #WomeninSTEM, #WomeninTech, and #STEMinists. Only weeks after Strumia’s comments, Donna Strickland, along with Gerard Mourou, won the Nobel prize for physics, based on her breakthrough work with lasers. 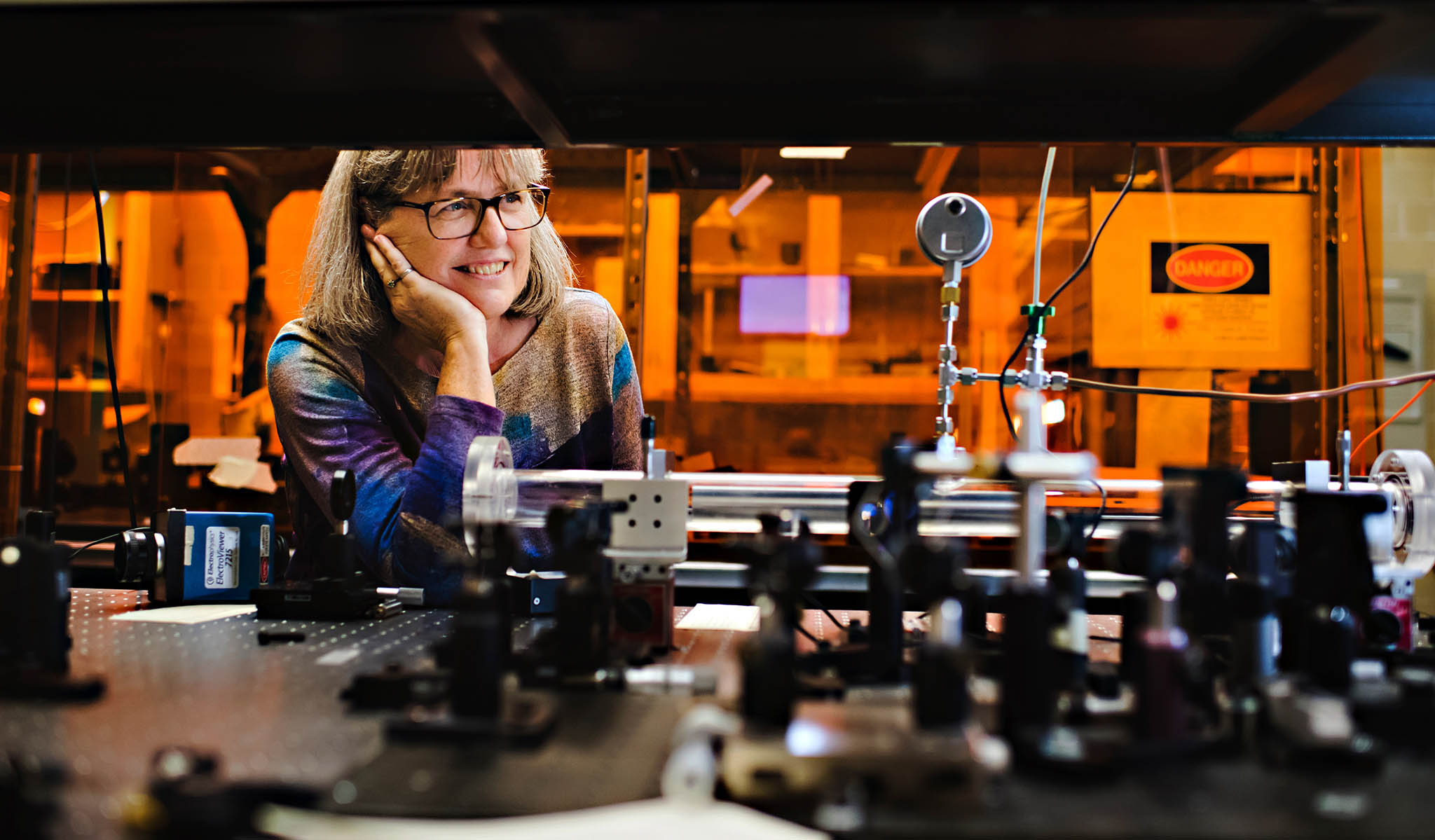 Donna Strickland won a Nobel prize weeks after a male scientist said women were innately incapable of being scientists. One for the Wall

The Mail & Guardian’s list of 200 Young South Africans this year revealed a growing number of women in science and the National Research Foundation states that “more black and women researchers are entering the field at considerably higher rates than previously”.

Kim Tommy, a PhD candidate in palaeoanthropology at the University of the Witwatersrand and head of science communications at the Centre of Excellence in Palaeosciences, wrote in an article for The Female Scientist earlier this year: “Science has been used as a weapon in the past to further the agenda of oppressive powers.” 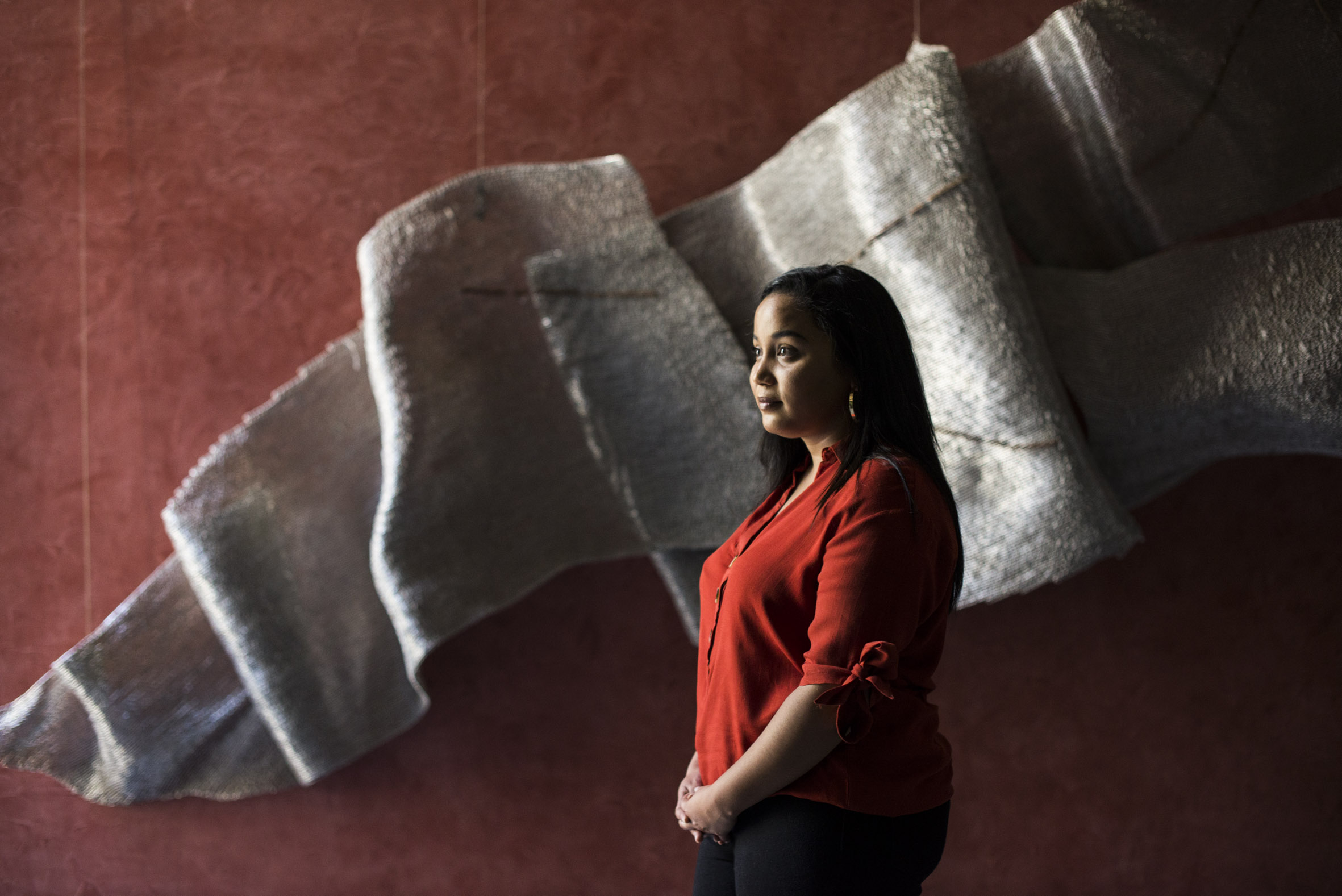 Kim Tommy, of the Centre of Excellence in Palaeosciences at Wits University, decried the use of science as an oppressive tool. (Delwyn Verasamy)

She described how scientific research can be flawed, and she inspired a new generation of women in science.

Decades later, we’ve still got work to do.

Christa Kuljian is the author of Sanctuary (Jacana 2013) and Darwin’s Hunch: Science, Race and the Search for Human Origins (Jacana 2016). She is a research associate at Wiser

Christa Kuljian
Christa Kuljian is a Research Associate at the Wits Institute for Social and Economic Research (WiSER) and graduated with an MA in Creative Writing from the University of the Witwatersrand in 2007.
Facebook
Twitter
WhatsApp
Linkedin