Inside the illegal abortion market: ‘I nearly touched hell’

Tapiwa Chiwenga was two months pregnant when she slipped the pink pills inside herself, lay down on her bed, and prayed they would do their job.

She was 22. Her boyfriend, a foreign student in Zimbabwe on a scholarship, loved her fiercely. But he was broke. So was she. She lived with her cousin and didn’t have a job. A baby simply was not in the cards.

But the pills didn’t do anything.

So her boyfriend went out and bought more.

This time, “I nearly touched hell,” she remembers. For days, as she tried to hide her symptoms, Chiwenga, who asked that her real name not be used, bled and swelled. Her stomach ached sharply.

The pregnancy was gone, but by now, the couple had spent an astronomical US$180 (R2 500) on the pills and had nothing left for a doctor. Finally, her cousin brought her to a gynaecologist, who explained she was having complications from her abortion.

When he heard the diagnosis, Chiwenga’s cousin kicked her out of the house.

Chiwenga’s story is a common one in Zimbabwe, where the country’s 1977 Termination of Pregnancy Act only allows the procedure in cases where the pregnancy endangers the life of the woman, the unborn child is severely deformed, or in cases of incest and rape. In practice, however, not even women in these kinds of situations can access safe abortions easily, a 2014 case in the country’s supreme court revealed.

About 66 800 abortions were performed in Zimbabwe in 2016, an October 2018 study published in the journal PLOS ONE found. Lead author and senior research scientist at the United States reproductive health think tank the Guttmacher Institute, Elizabeth Sully, says almost all of the terminations took place outside of health facilities and the regulatory framework — and were likely illegal.

“We know the majority are clandestine because health facilities only reported performing a very small number of abortions and the legal requirements for obtaining one are onerous, making it very difficult for women to access safe and legal abortion services,” she explains.

Only four African countries — Cape Verde, South Africa, Mozambique, and Tunisia — permit elective abortions, while Zambia allows them for health and socioeconomic reasons, the Guttmacher Institute explains on its website.

But like everywhere in the world, Zimbabwean women who want to end their pregnancies find their own ways, legal or otherwise. For most women here who don’t qualify under the restrictive law, the only choice is to go underground, to a network of unregulated providers who dole out pills and herbs they promise will do the job.

It can be a dangerous gamble.

I found out firsthand. 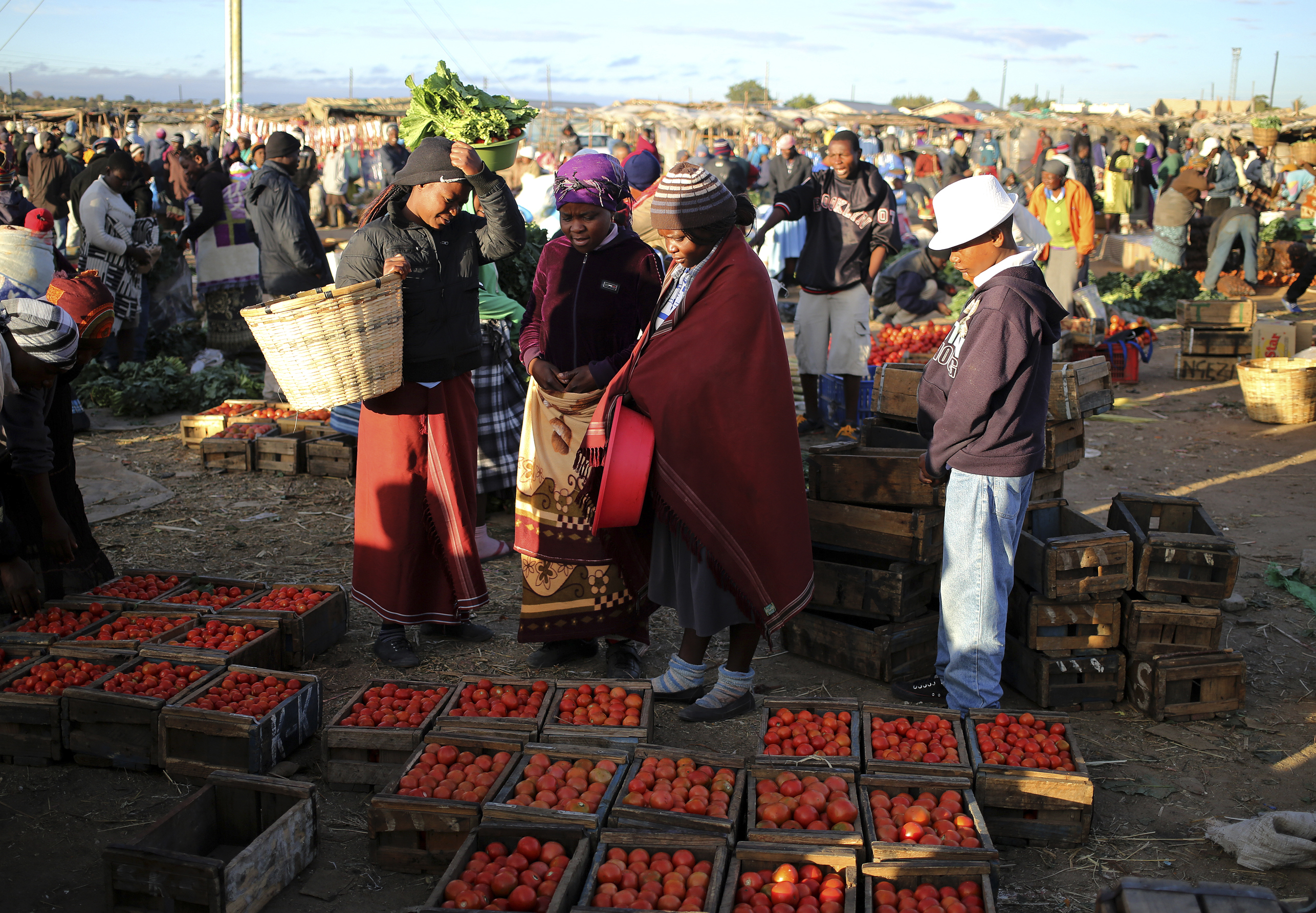 What’s for sale: Fruits and vegetables aren’t the only things for sale in Harare’s markets. Like most places, traders also hawk illegal abortion pills or traditional medicines that promise to end unwanted pregnancies. Women may pay a deadly price. (Siphiwe Sibeko, Reuters)

I’m standing in the market in Zimbabwe’s capital Harare. I ask the traders there for the kind of herbs one might use to end a pregnancy.

Someone points me in the direction of a group of stalls with vendors selling traditional herbs.

There, a woman manning the first stall peppers me with questions: How far along are you? Why doesn’t your partner want the baby? Why don’t you want the baby?

In a bid to expose how Zimbabwe’s unsafe abortion underworld operates, I’ve gone undercover pretending to be a client.

Finally, after several hours, I am introduced to Sekai.

She looks to be a little over 50, and wears her hair in long dreadlocks. Dressed in a weathered sky-blue apron and tennis shoes, she has a no-nonsense air. From her place, she peddles a collection of plants promising to cure a bewildering array of ailments, including concoctions to lure lovers — and of course, mixtures that promise to end my fake pregnancy.

“I am very affordable considering you are three months pregnant.”

A medical doctor, she noted, would charge me between US$150 (R2 060) and $200 (R2 700), a price that had recently spiked because new taxes were implemented on mobile money — the most common form of currency here.

While mixing the powdered herbs — whose names she guards tightly — she dishes out instructions.

“Take two teaspoons every day in porridge or water until finished,” she tells me coldly.

Sekai says nothing about what to do if it goes wrong. 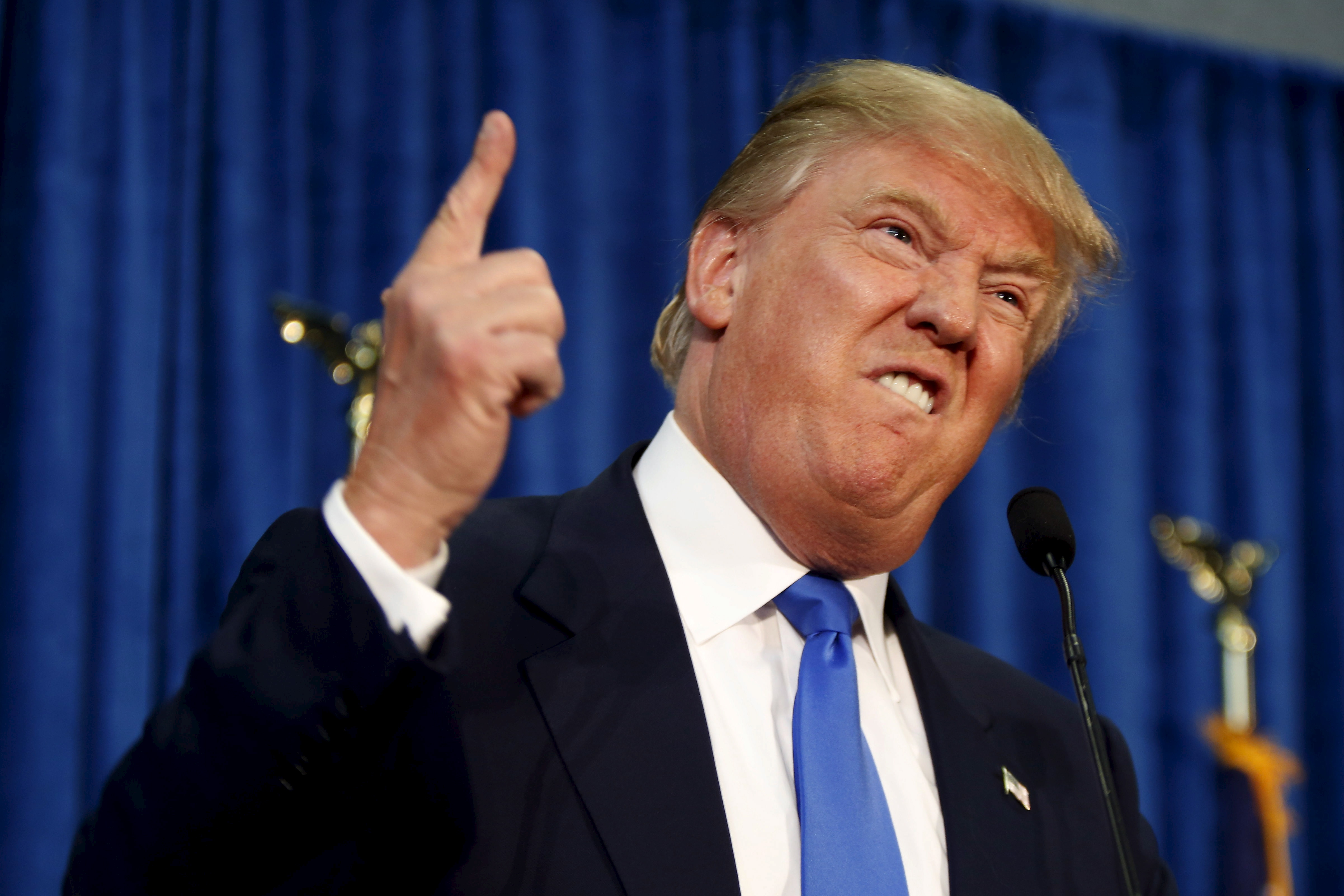 Local problems, international policies: Post-abortion care is hard to come by in Zimbabwe, not least of all because of the recent violent government crackdown, but US President Donald Trump’s gag rule could be adding fuel to the fire. The US policy has led to the closure of hundreds of family planning sites.

A few weeks after her abortion, Chiwenga was still bleeding, and her feet were prickly and always cold.

A friend told her about Katswe Sistahood, which referred Chiwenga to Population Services Zimbabwe, an organisation that provides sexual and reproductive health rights services and treated her at no cost.

Four out of 10 women who undergo abortions in Zimbabwe experience complications such as haemorrhages or infections, health professionals surveyed as part of a PLOS ONE study told researchers.

But, the study revealed, only half of women who experience complications will be treated.

And Zimbabwe’s recent violent protests, sparked in part by spiralling fuel prices, may be exacerbating the crisis in post-abortion care. The latest government crackdown has forced some health facilities to close, and reports of security personnel in and around those that remain have made many afraid to seek out healthcare.

The country’s longstanding economic crisis has also taken a toll. More than half of Zimbabwean health facilities had reported stock-outs of the drug misoprostol — one of the drugs doctors and midwives use for abortions — in the three months preceding the research in 2016.

The drug, which causes the uterus to contract, allows the organ to expel any pregnancy-related tissue during or following an abortion. The shortages extended to almost all central hospitals and primary health clinics as well as most district hospitals. Hospitals and clinics were also hit by stock-outs of antibiotics needed to treat and prevent infections following terminations.

At one in five health facilities, women were forced to pay before they were treated.

Globally, unsafe abortions lead to almost 44 000 deaths each year a 2014 study published in The Lancet shows. The bulk of these deaths occur in Africa.

In Zimbabwe, although recent figures on abortion-related deaths in the country are not publicly available, unsafe abortions were thought to account for 10% of maternal deaths in 2007.

The country continues to battle high rates of maternal mortality. About 650 women had died per every 100 000 live births between 2008 and 2015, according to the country’s latest demographic and health survey.

Part of the problem, experts say, is that women who self-administer abortions may not know when to seek help if there are complications and may not have transport to get there.

And, a lack of knowledge and stigma around abortion exacerbate the problem. Because many women don’t know that abortion is legal in the country or fear imprisonment for violating the law, women will suffer at home in silence after a procedure until it’s too late.

“As a result, women are keeping abortion complications [hidden] until their wombs are septic.”

If a woman develops sepsis — or a severe infection — following an abortion it can be deadly without emergency care. If left untreated, the condition can also force doctors to remove the uterus, making it impossible for a woman to fall pregnant.

To help catch complications early, researchers from the University of Zimbabwe and the Guttmacher Institute argue that post-abortion care, currently confined to hospitals, should also be available at local clinics.

But both abortion and pregnancy outside of wedlock remain heavily stigmatised, something that Chiwenga struggles with.

“It has been a year now but I still get overwhelmed by what I did,” she says. “Being a Christian it feels like an unforgivable sin. I often ask myself what if I am not able to conceive again?”

Undergoing a safe abortion does not usually affect a woman’s chances of falling pregnant again, especially if any infections are dealt with quickly, the United Kingdom’s National Health Insurance explains on its website.

But continued criminalisation of termination of pregnancy is likely to continue to keep safe procedures out of reach for most women.

“It’s not a matter of criminality, it’s an issue of public health,” women’s rights lawyer Debra Mwase says. She believes that to curb maternal mortality, the country should rather address the unmet need for contraception or the socioeconomic factors driving unplanned pregnancies rather than trying to police women’s bodies with the law.

Although Zimbabwe boasts high rates of birth control use, almost 20% of women between the ages of 20 and 24 have an unmet need for family planning services — and the percentage of adolescents who can say the same is almost double, the demographic and health survey found.

Population Services Zimbabwe, which treated Chiwenga for free, also provides contraception in the country, including in hard-to-reach areas where access to birth control is particularly difficult.

In February, the organisation told Bhekisisa that it had to close 600 of its 1 200 rural outreach sites when its parent organisation, Marie Stopes International, lost funding after US President Donald Trump reinstated the so-called “global gag rule”.

The rule allows the US to cut funding to organisations such as Marie Stopes that perform or even discuss abortions with women — even if they do so in the context of other sexual and reproductive health services. Many fear that as the gag rule shuts down access to contraception for some women, as it has in Zimbabwe, the demand for illegal abortions will only grow.

Some Zimbabwean healthcare workers agree that the law needs to change. A small 2012 study published in the journal Reproductive Health Matters surveyed 42 doctors, nurses and general practitioners and found that the majority favoured removing legal restrictions on abortion.

“I personally feel that if there is something in the laws that can be done to legalise abortion in Zimbabwe, this will really save a lot of lives,” one midwife told researchers.

“[Now], when a woman doesn’t want a pregnancy, no matter how you deny her in the medical facilities she will go to the backstreet abortionists … and then [eventually] come [to the hospital] when they have complications. — Additional reporting by Laura Lopez Gonzalez