Managerial cream rises to the top

Chelsea were full value for the 6-0 drubbing they received last weekend.

This is not a good team. The rot goes to the core and the bench: Maurizio Sarri’s decisions are what have doomed the Blues to failure this season.

He’s demonstrated a chronic inability to adapt to his surroundings, to use the resources at his disposal to their full potential.

It’s something we can’t accuse the title contenders of doing and the reason they’re where they are and he’s on his way out. 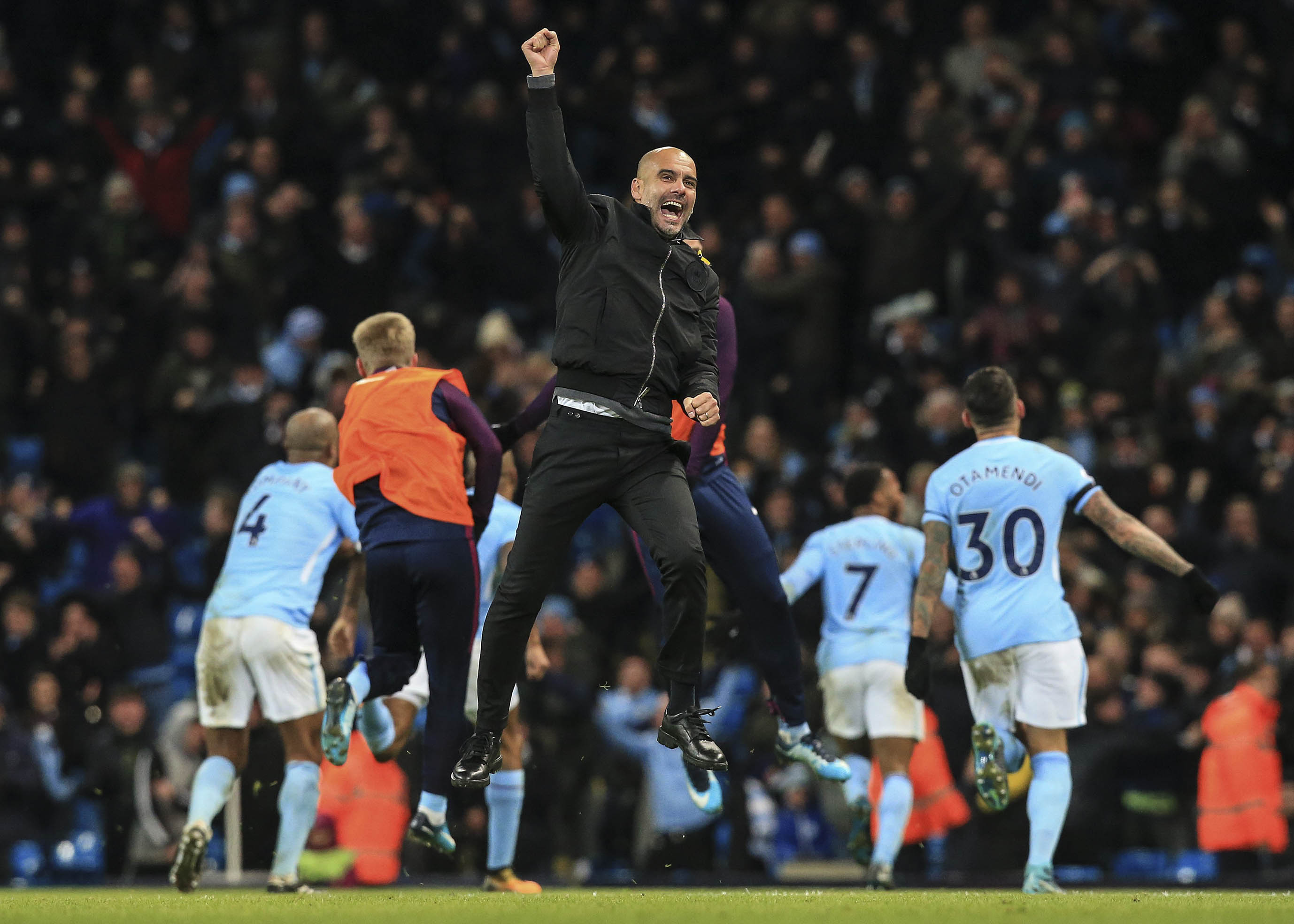 Take Pep Guardiola, for instance. It was obvious before Manchester City played their first game that this was a side far superior to everybody else. Their biggest opponents were destined to be themselves: only lackadaisical overconfidence could threaten consecutive titles.

Sure enough, their biggest challenge hasn’t come from Manchester United or Tottenham Hotspur, but from their decision not to pitch up at times. Three of their four losses this season came at the hands of Crystal Palace, Leicester City and Newcastle United, all strugglers in their own right and teams that really should be of no worry to the champions.

After that little wobble that brought those losses, it looks as though City’s back on track and ready to steamroll their way to the finish line. That’s their right ordained by a divine squad. Surely only they can choose not to exercise it.

Although it’s easy for the casual fan to blame the cash, Guardiola has once again proven his class by solving a multimillion-pound jigsaw puzzle. He’s balanced and used his attacking asserts expertly, sending them into battle at the appropriate moments. Despite the lesser playing time that comes with such juggling, Raheem Sterling, Riyad Mahrez and Leroy Sané have almost always delivered when selected. Their numbers reflect as much and almost equally contribute to City’s huge haul of goals.

What would have been a surprise in August is that Bernardo Silva’s name has become one of the first on the team sheet. After a slow start to life at the Etihad last year, the diminutive creator has remodelled his play to forceful effect. 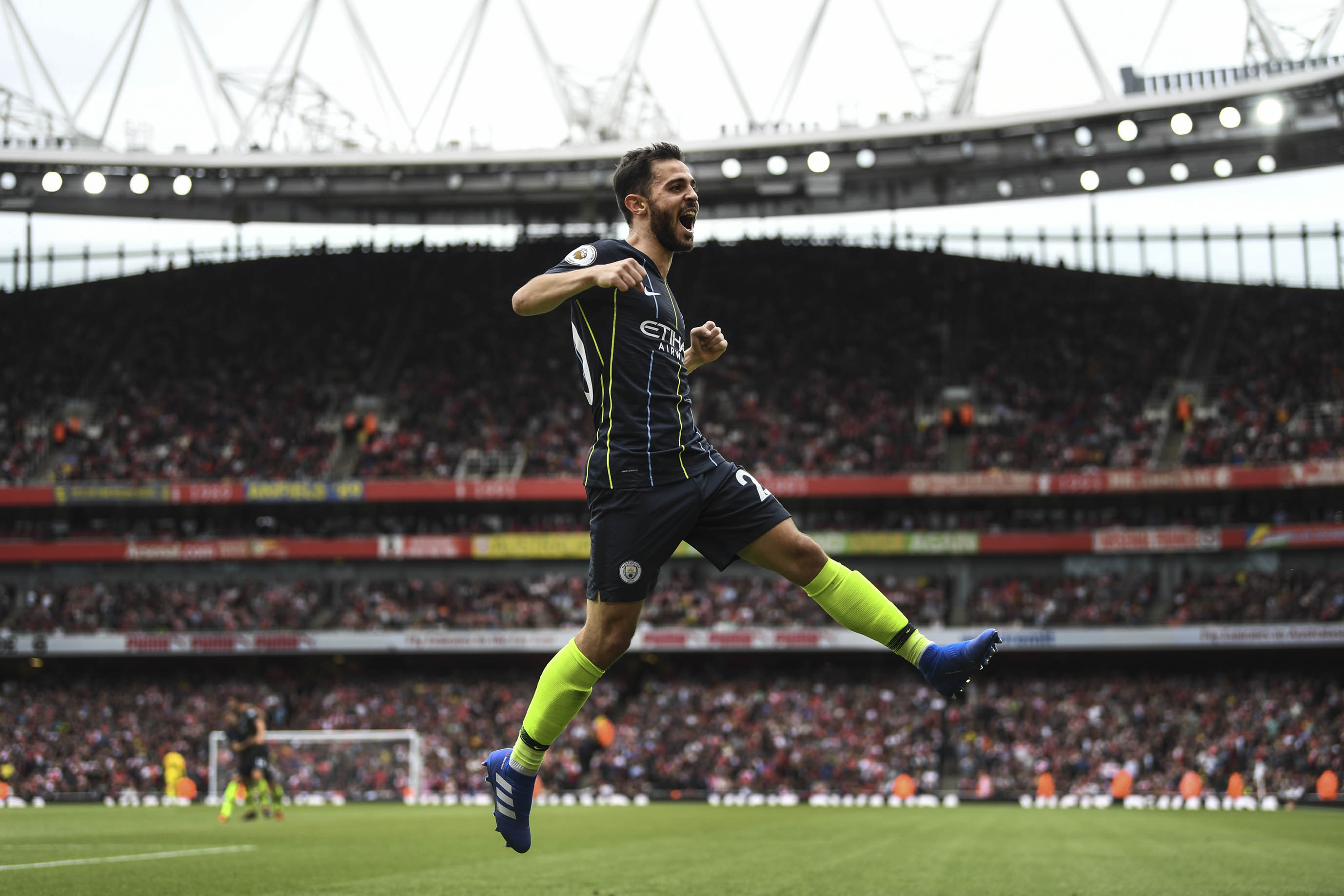 His ability to retain possession in tight spaces and redistribute the ball is invaluable to a Guardiola side that requires sustained pressure. The regularity with which he dives into free pockets of space demonstrates his supreme quick thinking — as evidenced when he sneaked past Marcos Alonso to create the opening goal last Sunday.

The few slip-ups aside, Guardiola has tweaked his indomitable formula just enough to retain the superb and filter out complacency. With his combinations in full effect, the rest of the race threatens to be a procession.

Those that would challenge

Although the Catalan maestro fully deserves his plaudits, his counterparts at City’s remaining title rivals have been equally useful with what they have.

In Liverpool’s case, the talent starts to thin out the deeper we dive past the first XI mark.

It’s hardly noticeable from a distance — Jürgen Klopp squeezed out everything that his charges had to offer to brew a beautiful cocktail of attacking football. But look a little deeper and you’ll see Klopp has fine-tuned the engine with typical German precision.

He’s done that with a ragtag group of parts.

Georginio Wijnaldum has always just kind of been there, running slowly in no particular direction. Now, all of a sudden, he’s providing a useful link between defence and attack and regularly makes effective darts beyond the opposing midfield. His considered movement has blended well with the combative nature of Fabinho when the two have started together.

In the 3-1 win against Manchester United in December, the Brazilian showed the world-class ceiling he’s able to reach and Klopp is no doubt plotting how to draw it out more frequently. Still, he regularly provides essential and previously nonexistent cover to the back four. That form, along with the resurgence of Xherdan Shaqiri, has even persuaded the manager to use a 4-2-3-1 rather than his favoured 4-3-3.

The Englishmen do what they can to add steel to the centre. Jordan Henderson is no longer first choice but is generally adequate when called upon. James Milner, at 33, continues to elicit orgasmic moans from his countrymen in the commentary box. Adam Lallana is also available anytime Klopp feels like curing Anfield’s insomniacs.

The brilliance of Roberto Firmino, Sadio Mané and Mohamed Salah is well known. What’s not obvious is how to get the ball to them and stop it from falling into the wrong net. Klopp’s shrewd prowess in figuring out those mysteries is the reason Liverpool, might, just maybe, win a Premier League table.

If we’re talking about a feast made out of a pauper’s ingredients, one need look no further than Tottenham Hotspur.

They just don’t seem to want to go away. No matter how much circumstance shakes its leg to dislodge them, Mauricio Pochettino clings on with rapid rabid zeal.

After not spending a cent in the off season, it was suspected that this squad would be stretched to breaking point. The beauty of the Argentinian coach is that he indefinitely extends that point. Their January injury crisis should have been a death sentence but he rubbed together his rugged coins and paid for clemency.

Fernando Llorente has done nothing but crossword puzzles on the bench since 2017 but has come in and played his part.

He’ll never be Harry Kane but Pochettino has successfully altered the play to make the most of his usefulness in holding up the ball.

What the coach did to revive Moussa Sissoko is a riddle on a whole other level. The French strongman is indisputably Spurs’ most improved player and possibly their best this season too. His work rate has been outstanding and often draws the biggest cheers on any given game day. He is a true boss in that midfield — better than any signing the technical team could have brought in.

That’s what good managers do. They take what they have, shut up and make it work. José Mourinho couldn’t do that. He’s gone. Sarri can’t do that. He’s probably going. In their place they’ve left a chess battle for the title. The only question is which grandmaster will secure the endgame.