A senior SAA pilot was forced to resign this year after the airline discovered he had flown aircraft for more than 20 years with fraudulent paperwork.

SAA discovered that William Chandler’s airline transport pilot licence (ATPL) was a forgery during an investigation into a “reportable incident” on a flight he piloted, the airline said this week.

Although little is known about the incident, the Mail & Guardian has learnt that the incident involving Flight SA206 from OR Tambo International Airport to Frankfurt, Germany, occurred in November over Swiss airspace.

It now appears the incident was kept under wraps, which has led to employees complaining that other malfeasance was dealt with publicly.

Two well-placed SAA sources say Chandler, who was the monitoring pilot (co-pilot) on the trip, had the controls at the time of the incident.

“When faced with reportable incidents such as this one, the airline undertakes investigations to gather relevant details, establish facts and make determination on what course of action must be embarked on, whether remedial, disciplinary or otherwise. This process forms part of our standard operating procedures,” said SAA spokesperson Tlali Tlali.

The M&G was told by several sources that Chandler had previously refused to be promoted to captain, a process that would have required him to resubmit his certification.

Industry insiders said his refusal should have rung alarm bells; pilots who joined SAA alongside Chandler in January 1994 became captains in 2005 yet he remained a senior first officer (SFO).

Besides passing theory exams, a medical and other requirements, a pilot working at an airline needs to amass 1 500 hours’ flying time, of which 100 must be at night, to get an ATPL — at a cost of up to R150 000.

SAA was not in a position to reveal when Chandler first claimed to have an ATPL but, given that he joined the airline in 1994 he would have needed it by 1999, because the airline’s policy requires all pilots to get an ATPL within the first five years of employment. Prior to 1994, Chandler worked at SAA as a flight engineer.

Pilots are among the highest-paid employees at SAA, with annual salaries ranging between R900 000 a year for the most junior pilots to as much as R6-million for the most senior captains. 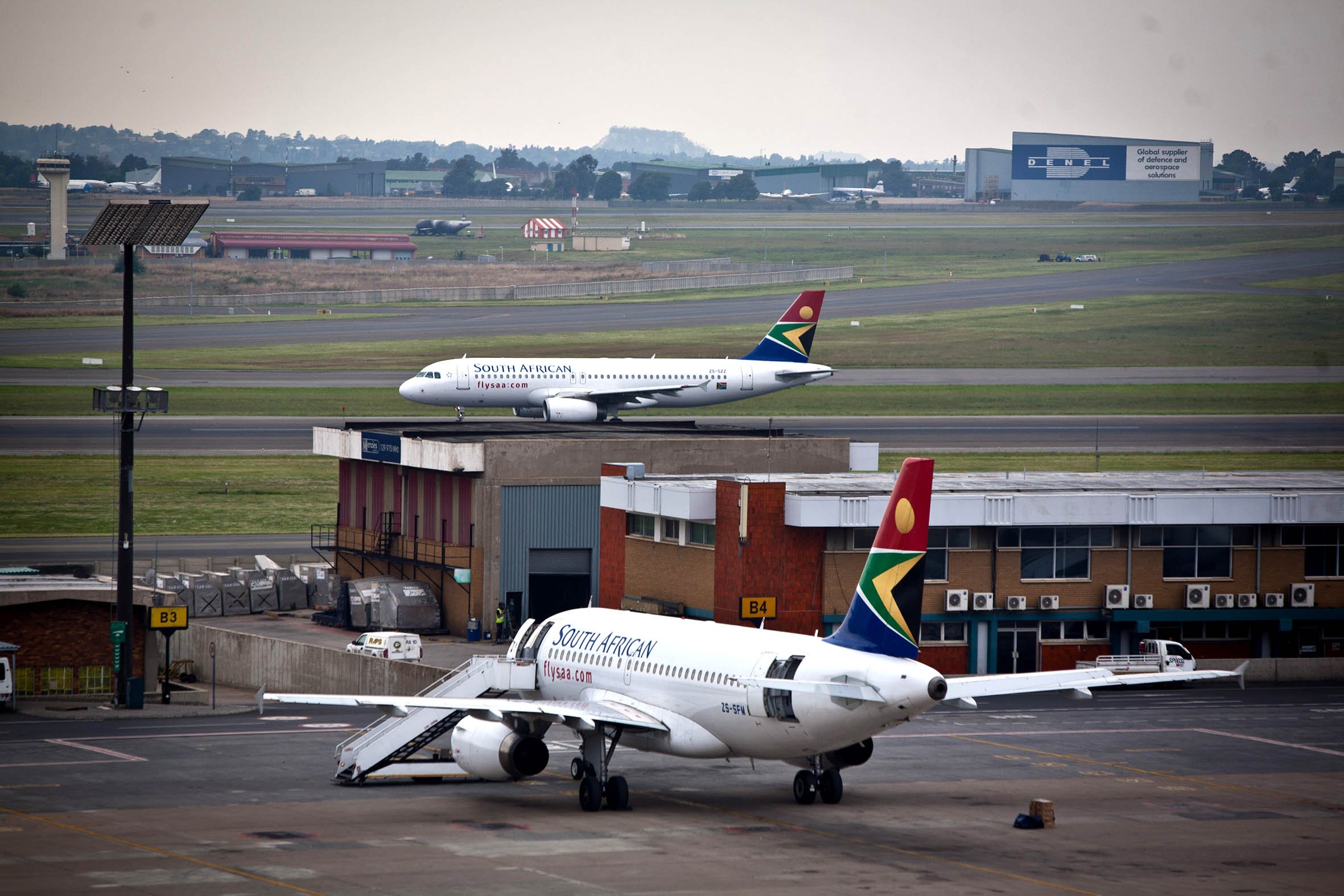 Pilots are also entitled to perks such as free airfares for their extended families, whereas other SAA employees get limited free tickets for their immediate families.

Tlali said the airline was calculating, with a view to recovering, remuneration Chandler had earned as a result of his fraud. This is expected to be in the millions and includes the perks.

“There is a direct nexus between the misrepresentations he made and his remuneration level, the benefits and allowances he received. SAA suffered actual financial prejudice as a result of claims he made for over a decade,” said Tlali.

Chandler resigned as soon as it became apparent his licence could be a forgery, several insiders said. He allegedly initially denied the fraud when German authorities confronted him.

Tlali said the disgraced SFO was part of the flight deck crew who operated the aircraft and was the monitoring pilot and not commander of the aircraft.

“SAA’s robust safety procedures dictate that the crew involved in reportable incidents during our operations be grounded and subjected to thorough and comprehensive assessment and re-evaluations. This extends to health records, training profiles and revalidation of certificates that form part of personnel records. It was that comprehensive exercise that established that the ATPL of the SFO had discrepancies. We acted on our own and were never prompted by the German authorities,” he said.

Industry insiders have questioned how the airline and the South African Civil Aviation Authority (SACAA), the body that issues the certification, could not have noticed that Chandler’s paperwork was suspect. Pilots are required to refresh their licences annually in a process that involves operating a simulator, physical exams and submitting their licences to an external examiner.

Besides opening a criminal case of fraud against Chandler, Tlali said SAA has tightened up its authentication and validation processes.

This includes the airline asking the Civil Aviation Authority to peruse all its pilots’ licensing files.

SACAA spokesperson Kabelo Ledwaba said the regulator was working with counterparts in Germany to get the bottom of the incident.

“Our view is that this is an isolated case. However, as the aviation regulator and the entity that issues pilot licences, we have earnest interest in this matter; and hence we are also conducting our own investigation in order to establish where the loopholes are and whether there is a need to introduce additional countermeasures,” he said.

“It is important that we undertake this exercise, not only for safety reasons, but to ensure that the prestige attached to a South African-issued aviation licence remains intact and our crew continue to be revered for their world-class competence.”

Chandler, along with the captain and flight crew, were grounded pending investigation into the incident. Tlali said the investigation was ongoing.

But an SAA insider with knowledge of the incident but no authority to speak on record said of the flight: “There were some strange turns that the aircraft made in the air that were not understood by anybody, even in the cabin crew.

“When they landed, obviously they had to write a safety report, and apparently there was even a problem with the jet itself because of what he had done.”

SAA has also suspended its safety officer for allegedly trying to conceal that Chandler’s paperwork was dodgy. The officer allegedly approached SAA operations executive Zuks Ramasia for help in covering for Chandler, but instead was suspended. Ramasia is the executive responsible for all operations, including flight crews.

An ATPL is the highest certification a pilot can get and allows the holder to act as pilot in command of commercial aircraft. The CPL is the entry-level certification for commercial pilots. The Civil Aviation Authority requires pilots to get their ATPL before they can become captains, but SAA requires its pilots to obtain the licence within five years of their employment.

“This forms part of the conditions of employment as regulated in the SAA pilots regulating agreement. Any pilot failing to obtain this licence will have their employment terminated with the airline,” Tlali said.

The Air Line Pilots’ Association one of the unions that represent pilots at SAA, said Chandler was a member but has since had his membership revoked.

“We do not condone the actions of this pilot and we do not tolerate fraud of any kind,” association president Captain William Rooken-Smith said.

“This association represents pilots who are trusted to conduct their affairs in a manner that benefits themselves and their profession at all times.”