A call for township theatres

In the midst of economic uncertainty, in this year’s budget speech Finance Minister Tito Mboweni allocated the treasury funds towards a new national theatre and museum. Mboweni pressed the need for this, saying such institutions have the ability to persuade and provoke the nation without coercion.

In light of Mboweni’s stance, the Mail & Guardian spoke to longstanding theatre practitioners, who use theatre to protest and conscientise, about theatre then and now.

From 1953 to 1978, theatre was shaped and controlled by the Separate Amenities Act. This Act racialised public facilities such as buildings, transport, beaches, buses, hospitals, schools, cinemas, universities and theatres. On March 11, 41 years ago, racial segregation no longer applied to theatres.

Playwright and director Fatima Dike began her career in 1972 as an assistant stage manager before penning protest theatre pieces such as The Sacrifice of Kreli, which was first staged at Brian Astbury’s Space Theatre in 1976. 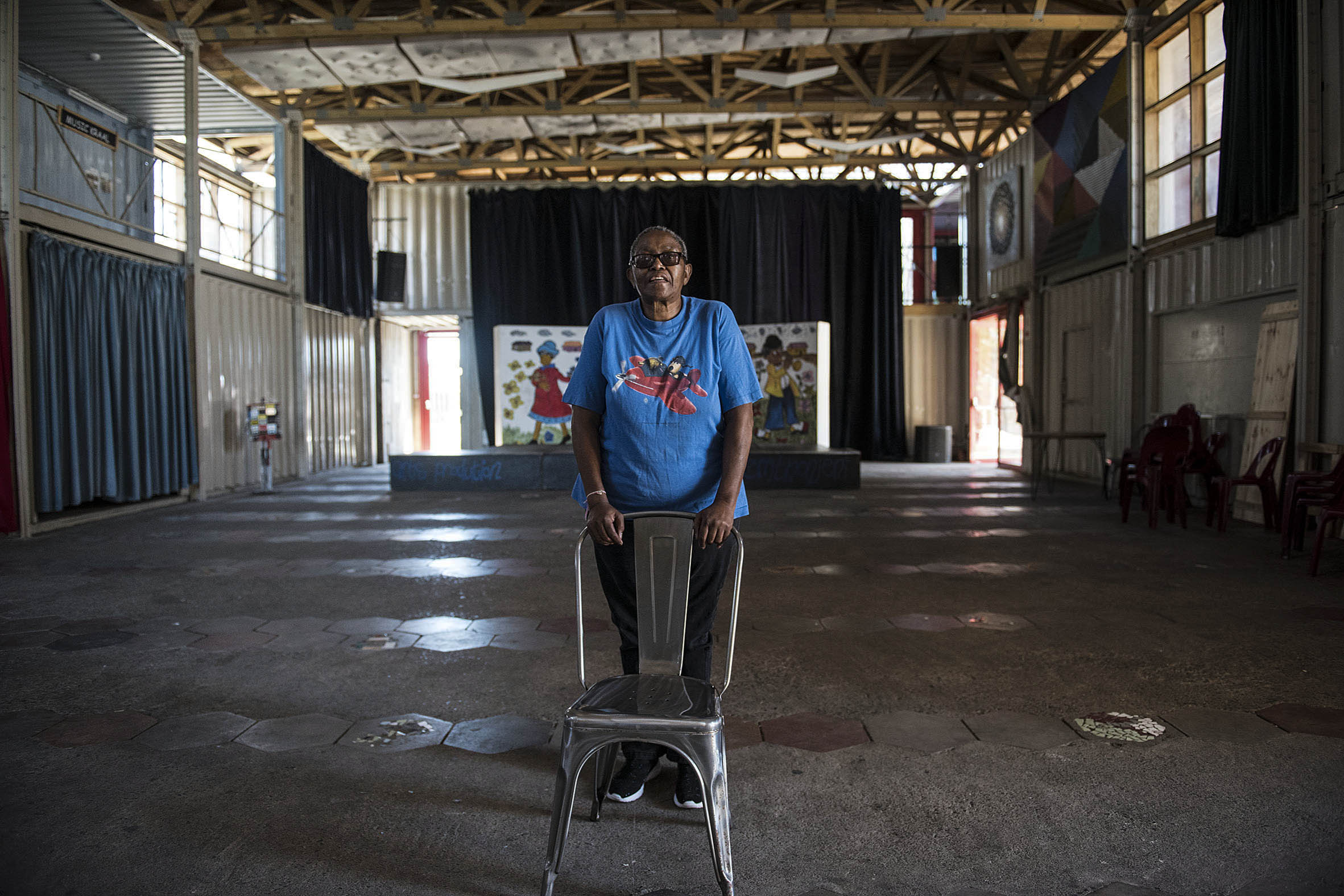 When the Space Theatre opened its doors in 1971 in Cape Town, within the Separate Amenities Act timeframe, it evaded the law by being a cultural and racial melting pot. The theatre’s lawyers found a loophole that permitted clubs to be multiracial. Dike remembers how, under the guise of a club, the Space Theatre offered “club membership” to people of all races for a fee of 50 cents (about R35 today). In 1976, Barney Simon adopted a similarly defiant concept when he opened the Market Theatre.

A bit further up the Transvaal in Mamelodi, a young Themba ka Nyathi’s walk with theatre began in 1975 during his high school years because “the situation demanded it to be that way”. After trying his hand at theatre for a year, he took up drama lessons with the Phoenix Players at Dorkay House. In 1978, he joined the Federated Union of Black Artists. His 1985 play, The Wall, was the first production written solely by a black playwright to be staged at the State Theatre. Today the playwright, actor and director attributes his low profile to his commitment to cultivating theatre in Mamelodi rather than showcasing his work at mainstream theatres so it can affect today’s youth the way it affected him.

“Art is supposed to educate, entertain and it must call for order,” says Nyathi, remembering the days when he was touring to schools and teacher’s training colleges in black areas such Witbank, Mamelodi, Hammanskraal, Giyani, Daveyton, Pietersburg and Soshanguve. “As actors and playwrights, we used to sit down with planners of education and they would tell us what they want and we would bring it to the schools through performance.”

In his 1978 essay, titled Desegregating Theatre, writer Stephen Gray describes how engaging in protest theatre back then went beyond thought-provoking entertainment. When Athol Fugard’s Statements After an Arrest Under the Immorality Act was staged, the interracial lovers in the production faced jail time when incriminating pictures of their interracial sexual contact were taken. In response to this, audience members were then solicited as “witnesses to a flagrant violation” of the Immorality Amendment Act. 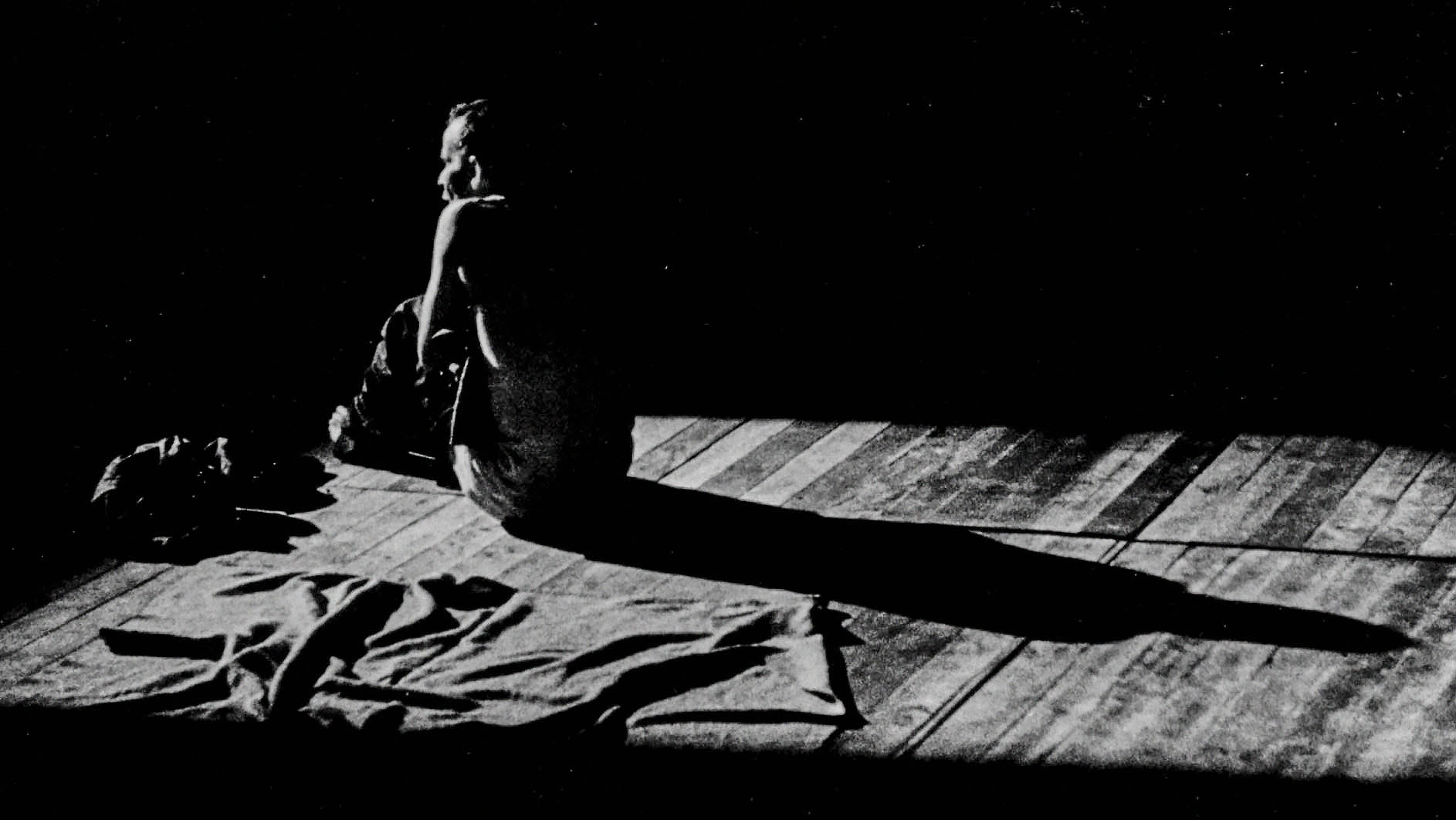 Reality: The actors playing interracial lovers in Athol Fugard’s play, Statements After an Arrest Under the Immorality Act, themselves faced arrest. Photo: Spacetheatre.com

“Legally, we were supposed to have certain performances for the club members. But we never practised that. That’s where we broke the law. You couldn’t write protest theatre. But the government never stopped us,” Dike laughs when recalling how they “beat the system”.

She explains how officials from the National Party’s censorship boards would religiously attend the first three days of every play. If they believed the play’s content encouraged treason, a letter would be sent to the playwright demanding the removal of such messages.

Nyathi recalls the mandatory vetting process that came with using public halls. “We addressed political, social and economic issues. I mean, it was protest theatre. But it was not easy. You wouldn’t just go there, book a hall and perform. They would want to see your script.”

During some performances, cast members would be seen running off stage to escape prosecution from the censorship board or the police force.

“Most of them only spoke English or Afrikaans. So all the sections they had asked me to remove from my script, I wrote back in isiXhosa,” Dike says.

To accommodate white audience members, Space Theatre ushers would place them between two isiXhosa-speaking people who would then interpret the dialogue.

“That was a war. We were telling our stories regardless of what the system would do to us if they found out. We were completely committed to that. It was exciting,” Dike explains with a mischievous chuckle that, after a long pause, is followed by a sigh that begs me to ask whether circumstances have improved.

To this, she responds by dismissively noting the freedom to choose where she wants write, speak and perform. But she then adds how, “before desegregation, before we could get into the mainstream theatres, we performed in churches, town halls and schools in the townships. That’s how it started for many because we couldn’t go to theatres in white areas.”

Based on Dike and Nyathi’s engagement with the field, they are of the thinking that township theatre no longer holds the weight it used to.

“Black playwrights must actually rekindle and reclaim what they used to do. We must reclaim what we have lost. We need to conscientise people where they are. It’s easier in the townships. Think about the money. How much money would you need to go to the State Theatre [in Pretoria] from Soshanguve?” Nyathi argues.

As a teacher in the performance arts, a director and an actress from Hammanskraal in Pretoria, Nkoto Malebye is familiar with the shortcomings of relying on mainstream theatres to cultivate an interest in performance art. This is because many aspiring practitioners will not reach the goal of showcasing in mainstream theatres. “I did theatre for so many years and got so many nos as a black female director. The theatres want bums on seats. They want big names behind a production. It must bring bums to seats. Things are tight economically so budget and the financial outcome of a production come first. We’re not at a place that’s looking at expression and creativity first,” Malebye explains.

Instead of looking to mainstream theatres, Malebye encourages the idea of having establishments that focus on theatre in the township. “Very few people can say ‘ke ja ka theatre [theatre is my bread and butter]’ because those who are eating off theatre aren’t necessarily interested in opening it up. So there’s a need to set up shop ko gae [in our homes],” Malebye argues.

With spaces such as the Soweto Theatre in Jabulani, The Makukhanye Art Room in Khayelitsha and the Olive Tree theatre in Alexandra, township theatre is not dead. But longstanding practitioners are pressing for deliberate, ongoing and structured input from national organisations such as the South African Arts Council as well as the department of arts and culture that go beyond funding one national theatre.

“There is a shortage of theatres in townships and I think there is an abundance of people like me, who have been working in the performing arts and are semi-retired but could come into available spaces where we can start programmes,” Dike suggests.

In closing, Nyathi argues that, if the department of arts and culture is serious about investing in theatre and other artistic fields, the first step forward would be grassroots research.