While the Mpati commission continues to deal with claims of Public Investment Corporation (PIC) abuses, a Bill aimed at curbing them is allegedly being met with political push back.

The PIC Amendment Bill, proposed by the National Assembly’s standing committee on finance, was mooted in 2017 when allegations of political interference at the state-owned asset manager began to dominate headlines.

The Bill, which was passed by the Assembly last month, is now before the National Council of Province’s select committee on finance and must be finalised before Parliament rises at the end of this month. A new Parliament will take the reins after the elections on May 8.

The minister of finance, Tito Mboweni, wrote to the chairperson of the select committee, Charel de Beer, on Monday this week to raise concerns about two aspects of the Bill. These were outlined by the treasury’s chief director for financial markets and stability, Roy Havemann, at public hearings this week, recorded by the Parliamentary Monitoring Group.

The first relates to governance questions, Havemann told MPs, notably whether a political office bearer, namely the deputy minister of finance or a deputy minister from the economics cluster, should be appointed as the chairperson of the PIC.

The second issue Mboweni raised is that the commission of inquiry into the PIC, headed by retired Judge Lex Mpati, is currently considering the governance structures of the PIC and will be making recommendations on them when it finishes its work. The commission began its work in January, after the committee had begun drafting the Bill. 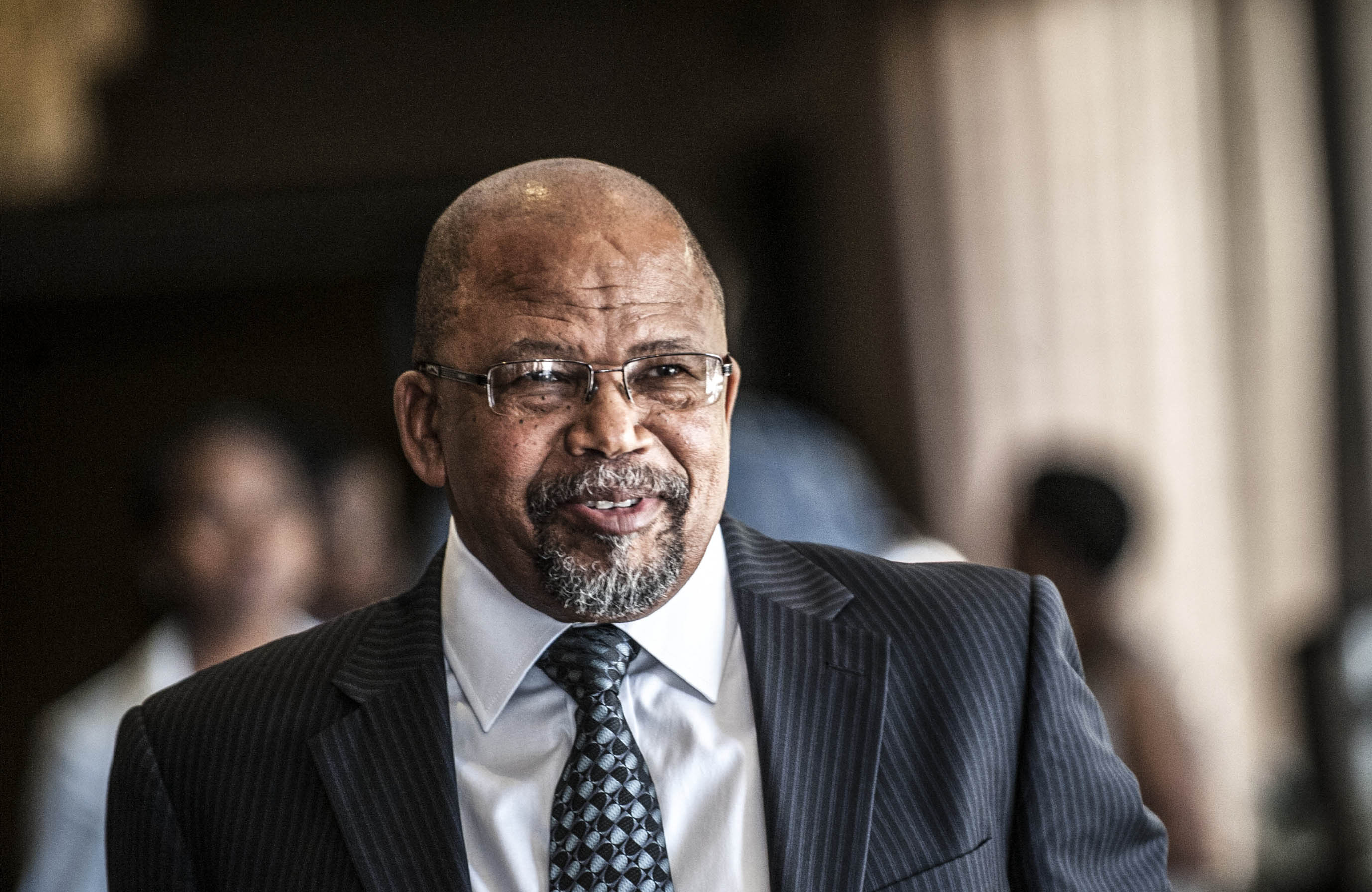 The issue was discussed at the Mpati commission, headed by retired judge Lex Mpati, into abuses at the PIC. (Sumaya Hisham/Reuters)

But trade union representatives have become increasingly worried about what they see as “covert” efforts to collapse the Bill and prevent it from being adopted before Parliament’s term ends.

The PIC manages more than R2-trillion in assets for state pension and social welfare funds, including the Government Employees’ Pension Fund (GEPF) and the Unemployment Insurance Fund.

Addressing the hearings this week, trade union federation Cosatu’s parliamentary co-ordinator, Matthew Parks, said he had never seen this kind of resistance to a Bill. There were clearly efforts by “those who have looted at the PIC and want to continue looting” and who “benefit from the governance chaos at the PIC” to halt the Bill, he said.

The Bill proposes a number of changes to the PIC Act. They include the recommendation that the deputy minister of finance or, in consultation with the Cabinet, another deputy minister from the economics cluster, be appointed the chairperson of the board.

The Bill also provides investment guidelines to the PIC for making investments decisions, which should, “as far as possible”, consider investments that, among other things, create and protect jobs, promote sustainable development and “industrialise the economy”.

The treasury did not respond to a request for comment but the question of whether the PIC’s chair should be a political appointment has been flagged as a major governance risk duringt he hearings at the Mpati commission. In testimony a PIC former independent non-executive director Vuyo Jack said that a politically appointed chair at the PIC “ exacerbates” the governance risks confronting the organisation.

“Having an independent person to safeguard those investments with a mandate that is not clouded by any political moves will ensure that you’re actually enabled to safeguard the risk that Government is facing,” Jack told the Commission.

“There’s no legal principle, no economic principle that supports that the deputy finance minister should share the PIC,” Jack said.

De Beer said, despite the letter from the minister, the committee planned to go ahead with processing the Bill as planned.

He referred questions about the minister’s issues with the Bill to the treasury and denied that he had personally experienced any adverse pressure to see the Bill collapsed or stalled.

The Democratic Alliance’s Alf Lees has criticised the ANC in parliament for not fully ventilating Mboweni’s views on the Bill by making the letter public. The DA supports some elements of the Bill, but is opposed to a political appointment to the role of chairperson. It also views the investment guidelines as a “trojan horse” to introduce the controversial question of “prescribed assets” into law, which could see pension funds used to bailout parastatals such as SAA and Eskom.

Before the Bill was passed by the Assembly, it was suggested that it be postponed to allow the Mpati commission to complete its work. But the standing committee on finance, headed by Yunus Carrim, opted to proceed with it. The committee said in a report to the assembly that a secondreview of the PIC legislation could take place under the next Parliament, depending on the ­recommendations of the commission.

The PIC’s problems could have profound implications for the GEPF and the fiscus.

The GEPF is a defined benefit fund, which means, if the fund cannot meet its liabilities — essentially the payouts it owes state pensioners — the government must make up the shortfall.

The Association for Monitoring and Advocacy of Government Pensions, a group of pensioners, has become increasingly concerned about the GEPF’s performance. Christo van Dyk, a retired state auditor, highlighted in a review of the report, that worse-than-expected investment returns remained “the single biggest factor that causes strain on the fund”.

In examining the GEPF’s change in financial position from the previous actuarial valuation carried out in 2016, the report noted that it was assumed that the assets of the fund would earn 12.5% a year. Instead, it earned about half that — 6.49% a year. This resulted “in a substantial strain” of more than R225-billion for the fund.

The GEPF revealed in its annual report last year that it had to write down more than R7-billion in several investments, a number of which are being scrutinised by the Mpati commission. They included those in the Independent Media group and in the defunct VBS Mutual Bank, and the empowerment deal done with retailer Steinhoff and its partner the Lancaster group.