Corruption rife throughout our civil service

If a week in politics is a long time, as the old adage goes, then a year is a surely an eternity.

Last year, President Cyril Ramaphosa’s first State of the Nation address boldly announced “a new dawn”, signalling the end of “all the negativity that has dogged our country”, including perceptions of widespread corruption under his embattled predecessor, Jacob Zuma.

Despite the president’s glossy efforts to present his tenure as one of good governance and accountability, his administration has been plagued by continual allegations of corruption.

The commission of inquiry into allegations of state capture, led by Deputy Chief Justice Raymond Zondo, has already unveiled the extent to which Bosasa and the Gupta brothers influenced decision-making at the highest levels of the state. And newly unearthed allegations of underhand governance have tainted some of the most senior members of Ramaphosa’s inner circle.

Many journalists and researchers have attempted to calculate the costs of “state capture” — from the market panic about the revolving door in the treasury, to the costs of Eskom’s malpractice, tangibly illustrated in load-shedding — to show how corruption affects us all indirectly.

But what about other forms of corruption that take place on a more direct, personal level? Not the sort of corruption that flashes across the headlines, but corruption with a face, a name and an official title. While would-be Cabinet ministers and sons of presidents navigate the venal path from one dubious businessperson to the next, South Africans are at the mercy of unscrupulous officials.

An exclusive emphasis on state capture precludes our understanding of corruption in its most dangerous manifestation. If institutions of government and state-owned enterprises have been financially crippled by corruption, what of the institutions most South Africans frequently interact with — schools, government offices, clinics and the police?

What are South Africans’ perceptions of the government’s anti-graft efforts, what are their experiences of corruption and how does this affect their access to services? Public opinion data from Afrobarometer, a nationally representative survey carried out in September last year, provides some answers.

A broad overview of the national perception shows that two-thirds of South Africans believe the level of corruption has increased in the past year. Although a slight improvement from the previous survey in 2015, when four out of five respondents said corruption had increased, citizens remain overwhelmingly negative.

Ramaphosa’s anti-corruption agenda has yet to convince South Africans that his administration is serious about the problem. When asked to assess how the current government is handling the fight against corruption, 70% believe it is performing badly. Since 2015, there has been a slight increase in the small share of citizens who believe the state is performing well, from 20% to 25%.

Despite the negative assessment of the state’s anti-corruption efforts, a majority believe citizens can make a difference in the fight against corruption. If people are to play a part in anti-corruption efforts to root out bribery and illegality, they must be free to report wrongdoing without fear of intimidation, and confident that disciplinary action will be carried out.

Worryingly, nearly two-thirds of South Africans fear the risk of retaliation if they were to report incidences of corruption. Coupled with the apprehension surrounding reporting instances of corruption, a slim majority believe reporting corruption is unlikely to result in any action being taken.

News media and analysis tends to focus on the scale of corruption in government and state-owned enterprises. When asked to identify who is involved in corruption, most people identify the police as the most corrupt institution in the country, with just under half of respondents indicating that most or all police officers are implicated. In a close second, local government councillors are widely perceived to be corrupt. 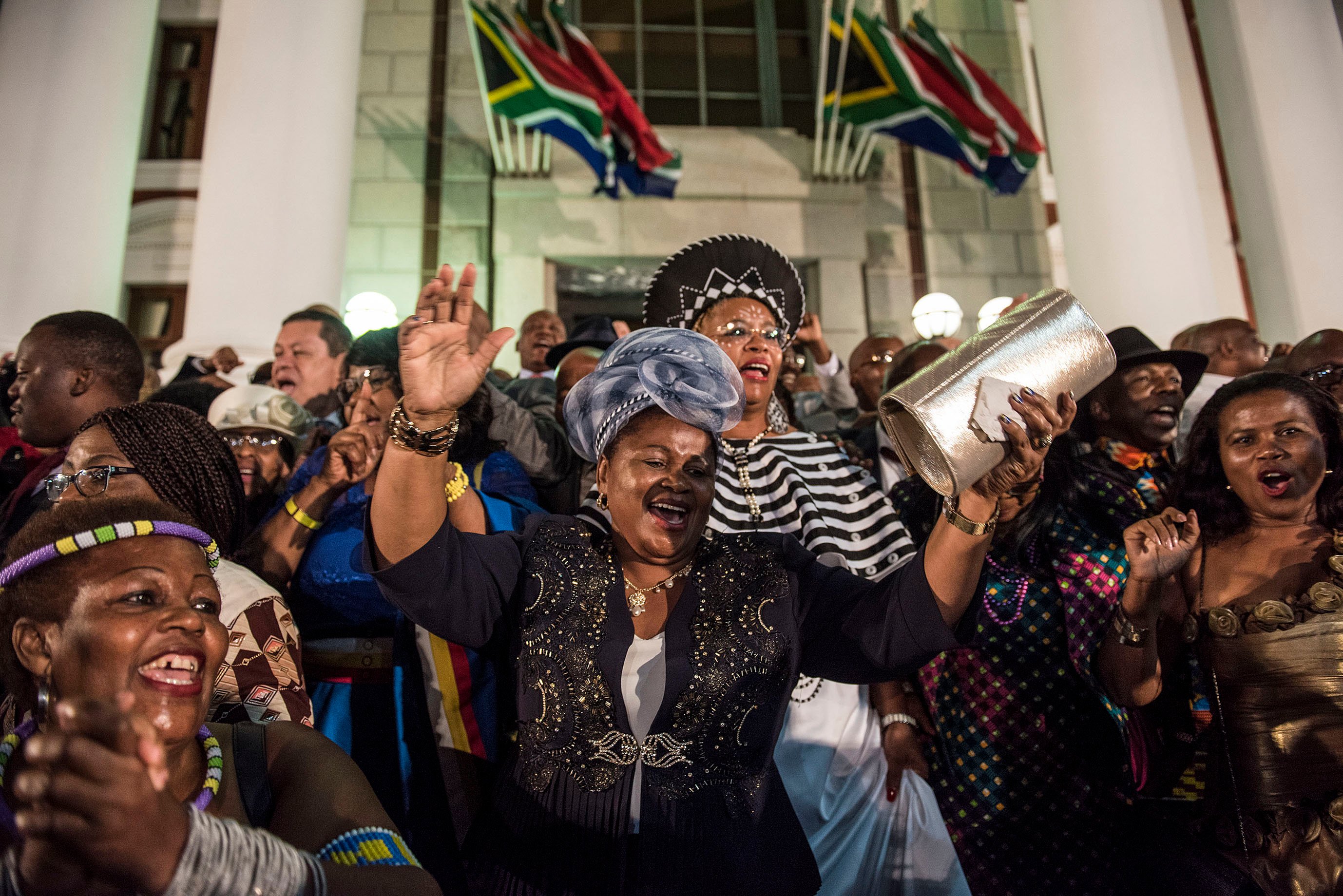 MPs rank as the third most corrupt group, faring slightly better than the presidency and government officials. The institutions considered least corrupt are non-state groups such as traditional and religious leaders, and nongovernmental organisations.

In 2006, only a fifth of South Africans believed that officials in the presidency or judiciary were involved in corruption, rising to a quarter of respondents for MPs. In 2018, South Africans were far more sceptical, with a third of respondents believing judges and magistrates are involved in corruption, and nearly half identifying MPs as corrupt. Between 2015 and 2018, perceptions of corruption in the presidency remained high, but dropped by seven percentage points.

As South Africa’s democracy is becoming increasingly competitive and partisan lines are being drawn ahead of the elections, citizens appear to be united in their collective belief that the highest levels of government are corrupt. Even a third of ANC supporters believe most or all officials in the presidency are involved in corruption. Unsurprisingly, respondents sympathetic to the Democratic Alliance and the Economic Freedom Fighters are even more convinced of malpractice.

A culture of corruption has enabled a culture of bribery for basic services. On the one hand, the law is being abused by corrupt officials and a minority of citizens alike. On the other hand, some South Africans resort to bribery to get the state services guaranteed in the Constitution, services which are otherwise denied by corrupt bureaucrats.

Although the vast majority of respondents said they had not paid bribes in the year prior to the survey, a minority admitted to doing so. A quarter of all respondents who had contact with the police in the past year admitted to paying a bribe to avoid a problem. About half as many respondents paid a bribe to get school services, while a similar share paid bribes to get identity documents and police assistance.

South Africans believe bribery is an effective way to circumvent the law. About 80% of the country’s citizens believe it is likely that a rich person could pay a bribe to avoid paying taxes, going to court andregistering land that does not belong to them. Worryingly, a small majority of respondents believe it is equally likely that the average South African could do the same.

Corruption is pervasive and the Afrobarometer survey confirms what many of us know. But the data also presents an opportunity to reflect on our conceptions of corruption: Who are the main perpetrators, and where is it happening?

If most South Africans believe that corruption is rife at their local police station, that reporting corruption is likely to result in retaliation or inaction, and that a minority must resort to bribery to get state services, the real tragedy of corruption is occurring far beyond the high-security walls of Saxonwold, and is being played out in local government offices across the country.

Perhaps we should consider that state capture, including the narrative of “the president’s keepers” and the “gangster state”, is not simply the folly of immoral people in powerful positions, but is instead symptomatic of a much larger, more sophisticated network of dysfunctional institutions, populated by people willing to abuse their relative power, and a desperate citizenry that resorts to supplicating for basic rights.

If Ramaphosa’s “new dawn” is to have any meaning, senior government officials involved in corruption must be identified, ostracised and held to account. The emphasis on high-level accountability is necessary, but it is just the tip of the iceberg.

Pernicious corruption is carried out at all levels of the state. The most fundamental task will involve reforming local government and state services to allow citizens to report instances of corruption without fear of reprisal. Corruption is more than faulty governance; it is an impediment to South Africans’ rights.