Tshililo Mowali sits on the corner of Twala and Zondi streets in Zola, Soweto. You’ll find him and his business partner, Jabulani Nkabinde, at their makeshift car workshop every day of the week, Mowali says.

Business is slow on Wednesday, so, as Nkabinde works on a bright yellow, banged-up BMW, Mowali separates hundreds of nuts from bolts into plastic containers, examining each part with his greasy fingers.

Despite his name, which he says means “lamentations”, Mowali isn’t one to lament his life in Zola, a section of Soweto sandwiched between Jabulani and Emdeni. “The only problem that we have is that we have a lot of mosquitoes. I don’t think there’s much we can do about that,” he says, breaking into hearty laughter.

Mowali does not concern himself with the politics in the area, which, like many townships in Johannesburg, is caught in the tug-of-war between the Democratic Alliance-led municipality and the ANC government in Gauteng.

Mowali chose not to cast his vote in last week’s general elections. He calls nonvoters like himself “sane people”. 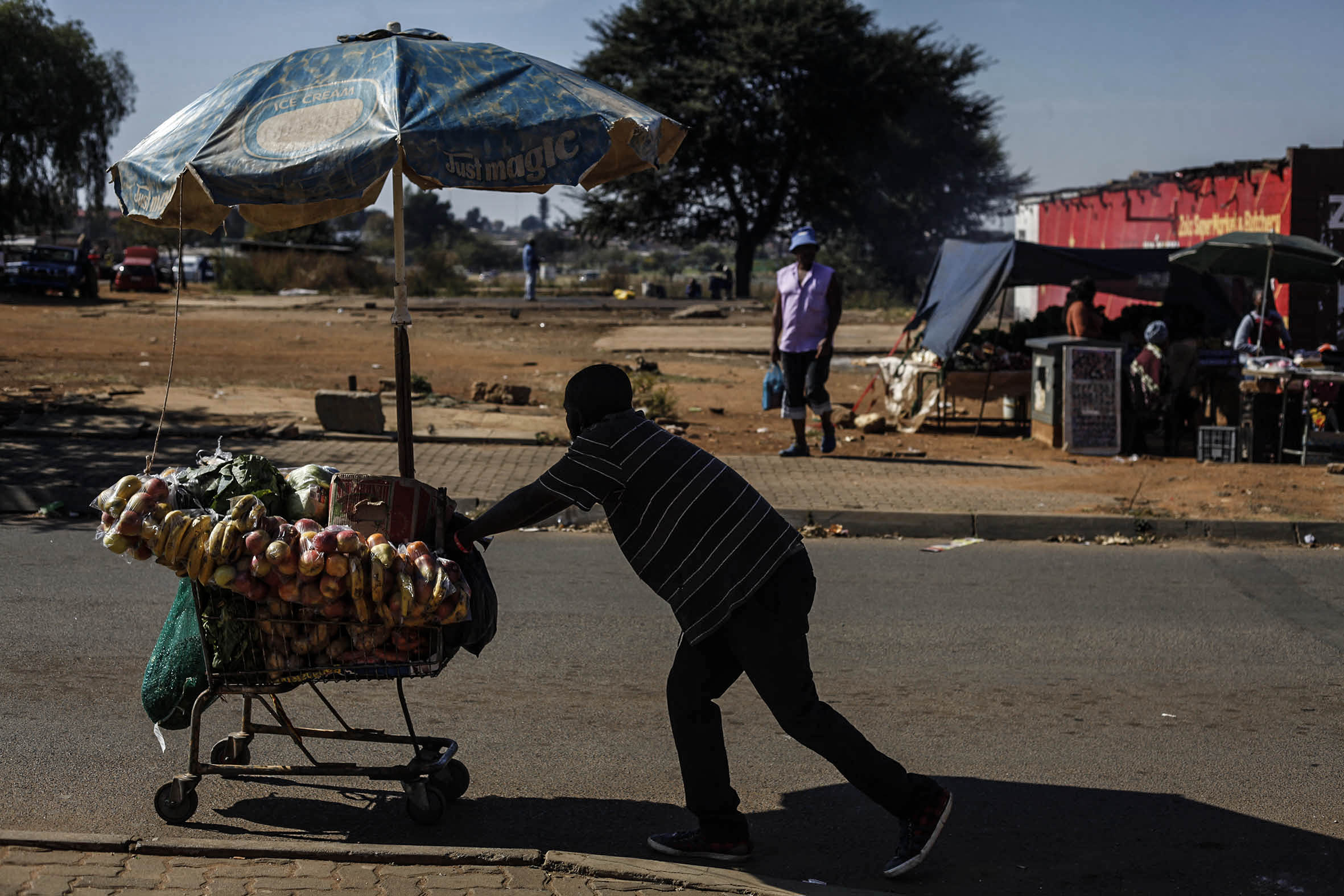 The ANC barely held on to its majority in Gauteng, winning just over 50% of the provincial vote.

With a total voter turnout of 68.28% in the province — down from 72.97% in 2014 — the DA also took a knock in its support, losing more than three percentage points of the votes it won in the previous elections.

Explaining the ANC’s loss of support in Zola, Mowali says the party “took their foot from the pedal”.

“So the car was not travelling that fast any more. They forgot that their passengers like fast cars,” he says with a cheeky glint in his eye.

“I am saying it is not that the people do not love the ANC any more. The ANC is the only thing that they know … So now, because service delivery is the pedal, since they were not delivering, it’s like taking your foot off the pedal. So the car went slower.”

Mowali’s analogy is well received by Nkabinde, whose hands are buried in the engine of the BMW, which now and then he gets to groan to a start.

Lindiwe Zukelwa doesn’t fault the ANC for being slow to deliver on its promises: “Rome wasn’t built in a day,” she says. 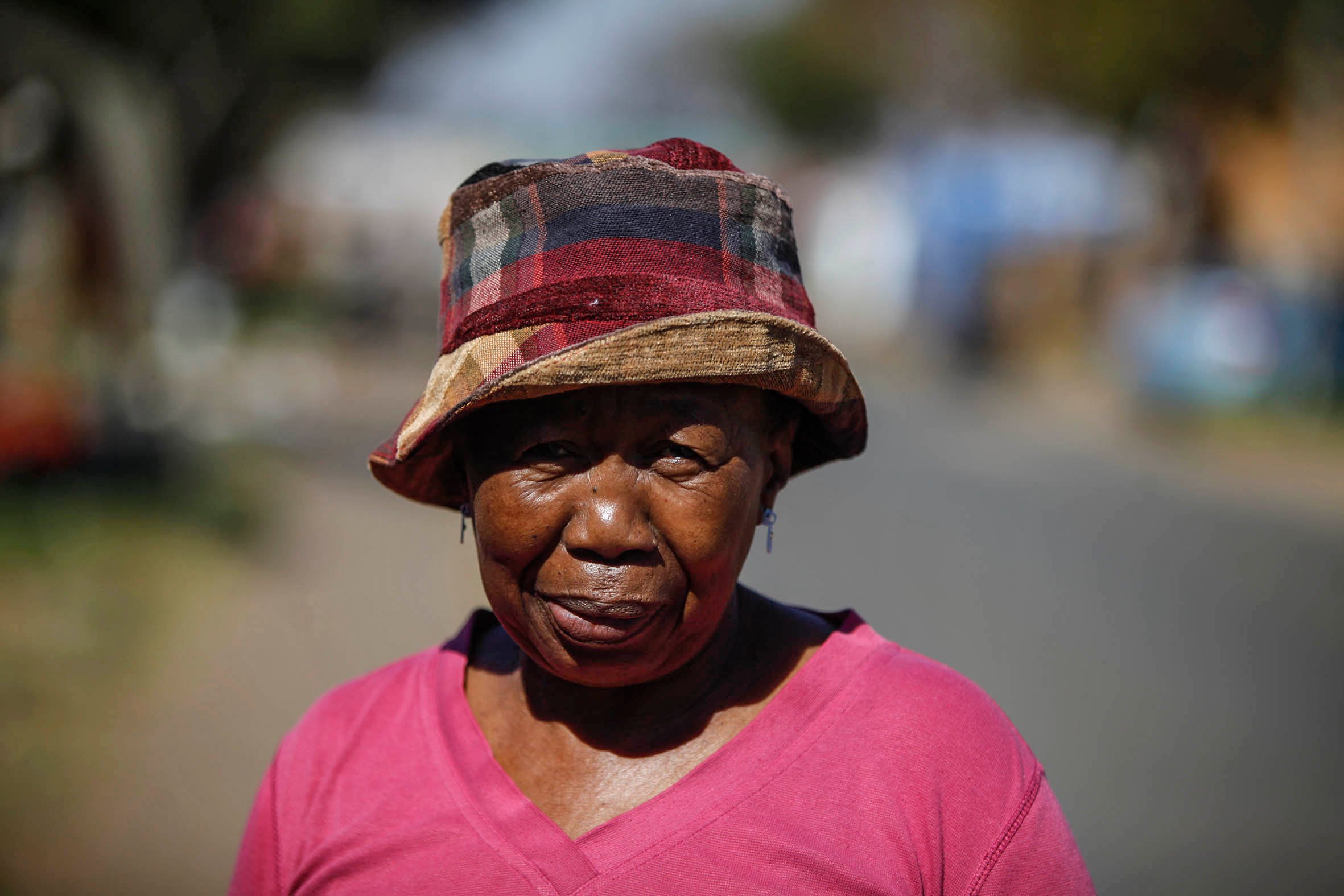 Lindiwe Zukelwa still believes in the ANC, despite conditions in the area. (Oupa Nkosi/M&G)

Standing in the shade outside the Zola municipal offices, Zukelwa, who has lived in the area since the 1970s, compares her living conditions today to the struggles residents of the township endured under apartheid.

“There was so much oppression that was done to us … Here in Zola, the ANC has worked hard since the 1980s. People know what the ANC did for us,” Zukelwa says, her safety pin-shaped earrings swaying slightly as she talks.

Zukelwa says she looks forward to the ANC regaining Johannesburg in 2021.

“When the ANC takes over, we know everything is going to be just fine for us. Especially now that the ANC has learned and has heard the cries of the people,” she says, her voice becoming gravelly.

She says the DA brought service delivery problems — including problems with electricity, water and rubbish collection — to the township when it took control of the municipality in 2016.

But her real disdain is seemingly reserved for the Economic Freedom Fighters (EFF), which this year more than doubled the votes it won in Zola in 2014.

“We can’t just go with fly-by-night, come-and-go things,” Zukelwa says of the EFF.

The 63-year-old doesn’t credit the ANC’s losses in the area to any particular party but blames it on the bad weather on election day. “The voting day was cold, and there was that little bit of rain. Maybe that is why they didn’t come out.”

On Wednesday, Letsoalo, who has paired his Sanco T-shirt with army pants, is fielding calls from his comrades about a small protest over jobs at the Pikitup depot in nearby Zondi.

The protesters in Zondi, which falls under Zone 8 along with Zola and four other wards, used the backs of ANC, EFF and DA election posters as placards demanding “jobs, jobs, jobs”.

“Generally people did not go out and vote,” Letsoalo says, adding that a low voter turnout in Zone 8 hurt the ANC. He says this was made worse by frustrations about last week’s voting process, which was mired in complaints of logistical hiccups and fraudulent voting.

But Letsoalo concedes that residents of Zone 8 are also fed up with the ANC over service delivery, partly because of a “misunderstanding” over the DA’s responsibility in this regard.

“Our people, everything that goes wrong, they say ANC is responsible … People voted for ANC councillors — they expect service delivery from the ANC,” he says, his words punctuated by a distinctive guttural brei.

Letsoalo adds that the EFF has also managed to leverage its power in its coalition with the DA in the City of Johannesburg, a strategy he believes has garnered the party the support of residents hoping to get municipal jobs.

But Siphiwe Nene says he turned to the EFF because it provided an alternative to the “old” politics of the governing party.

“I’d rather go with a new organisation,” he says, sitting next to his mother, Thokozile, who is also an EFF member. “EFF is a political party for the youth of South Africa. So the ideas and the things that I want in life, I can find them in the EFF.” 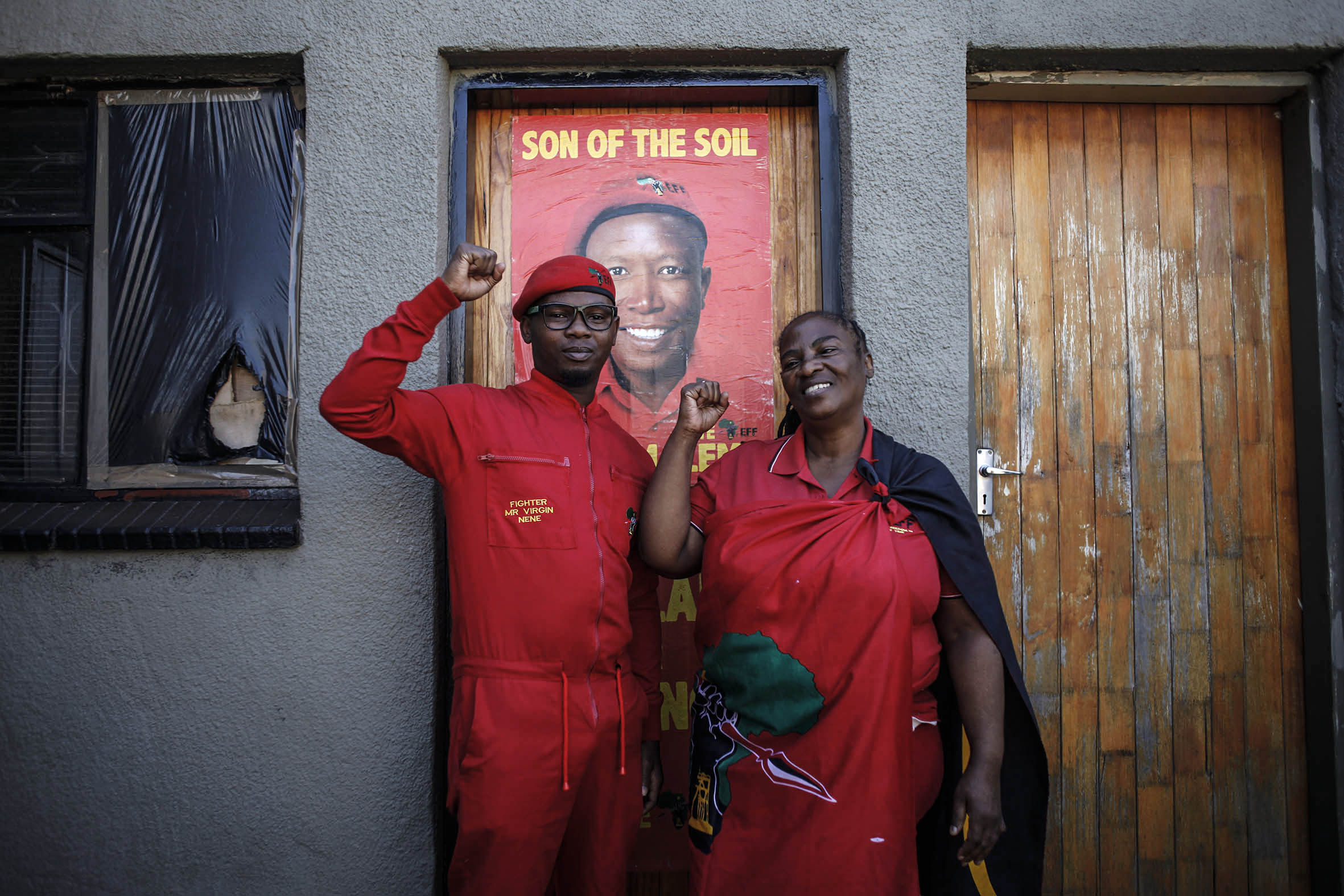 The 35-year-old explains that the EFF managed to do so well in Zola because the party hit the ground running when it came to campaigning in the area. “I can’t talk for everyone, but I think some people are angry with the ANC,” he says softly, peeking through his thick glasses.

Thokozile says she votes for the EFF because the ANC has failed her “a lot”.

“I registered for an RDP house in 1996, and I never got it. I again registered in 2000, and still I didn’t get it until today,” she says, hardly making eye contact.

“My kids cannot find employment and the only people who get jobs are the card-carrying members of the ANC. They give jobs to each other.”

Kaizer Kubheka, Sanco chairperson for Zola, says if the ANC fails to attend to service delivery and housing issues, the party will find it even harder to retain its power in the next elections. 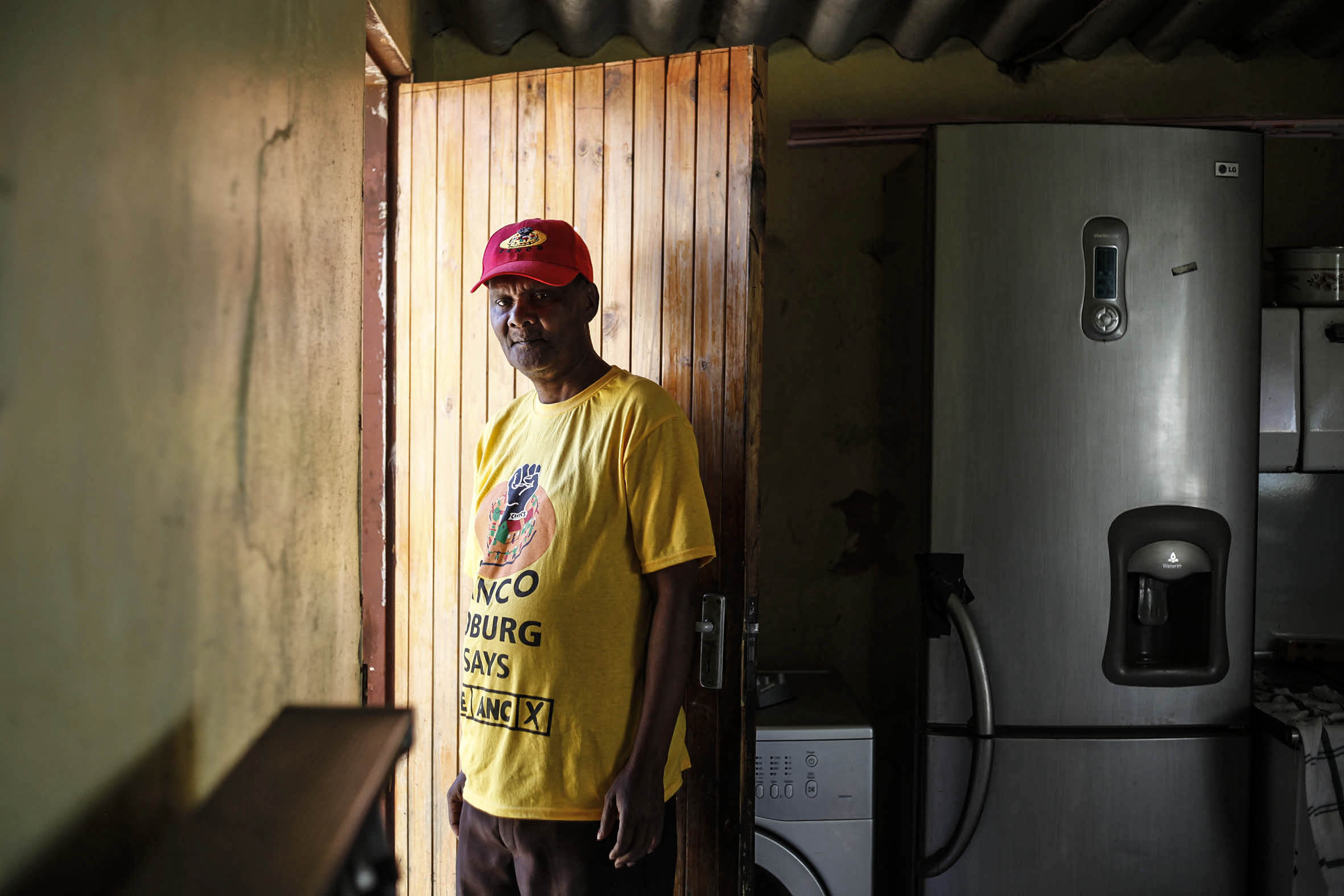 Sanco’s Kaizer Kubheka says if the ANC doesn’t listen to people, it will lose more votes in the future, whereas people in Zondi are already protesting. (Oupa Nkosi/M&G)

Kubheka, whose face is expressive despite his barely-there eyebrows, has lived in Zola since it was established in 1956.

He lives opposite the Ngubeni Street park, not far from kwaito star Zola 7’s childhood home.

Mounds of rubble and litter are dotted around the park, where a herd of cattle graze. There are no children in sight. Kubheka, whose two grandsons rattle the garden gate for his attention, says the park is too dangerous for children. 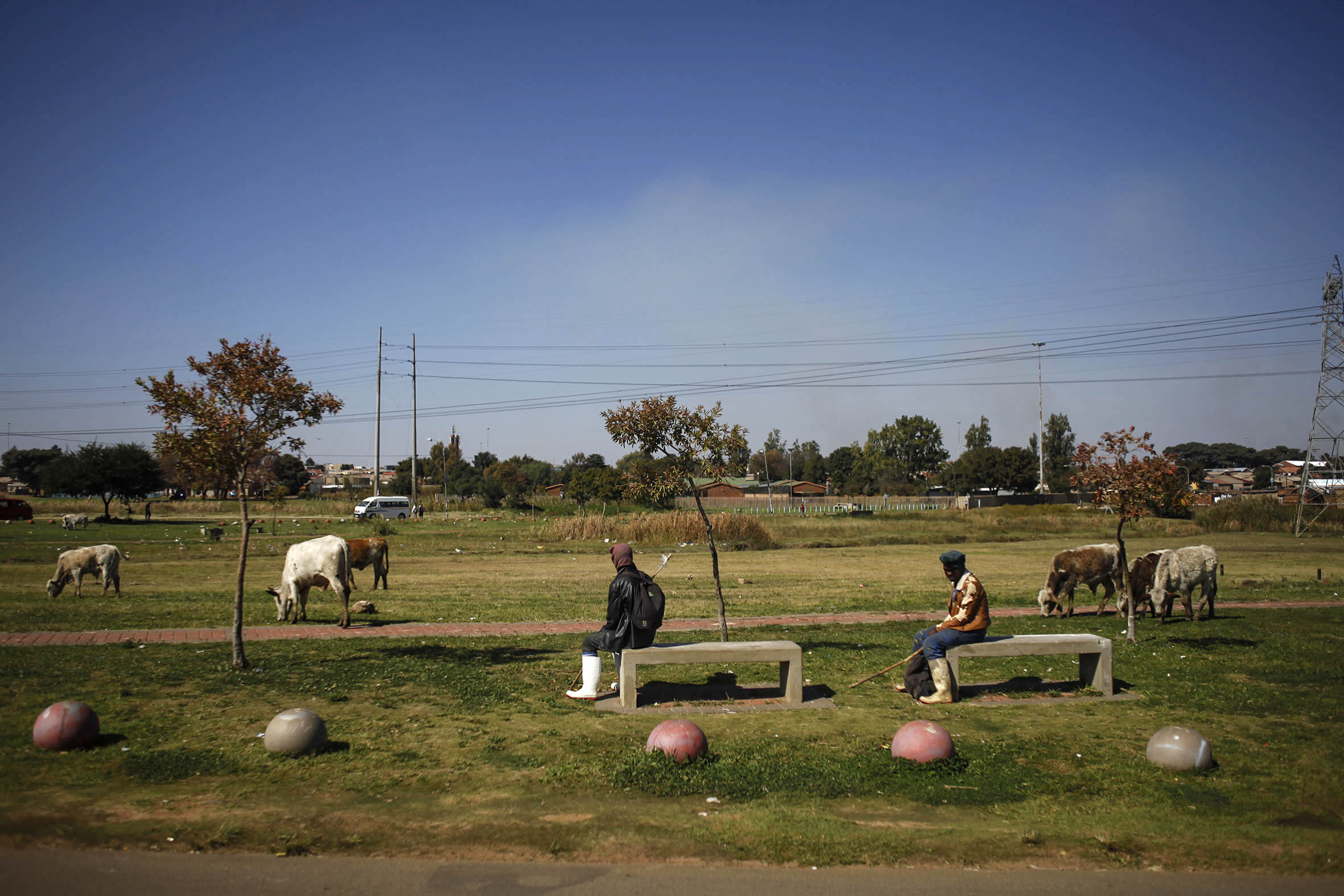