Wiomsa’s executive secretary, Dr Julius Francis, who lives in Zanzibar and presented at the IIOE-2 conference, said their aim is to establish a science-to-policy platform by addressing the research gaps in the WIO, including research on ocean acidification, marine litter and mining activities. They also closely engage with coastal cities and communities who depend on the ocean for their livelihoods.

“Through the Nairobi Convention (a regional Convention for the Protection, Management and Development of the Marine and Coastal Environment) the 10 countries agreed to develop a co-ordinated approach to the implementation of the Sustainable Development Goals (SDGs), with afocus on SDG 14: Life Below Water,” Francis said.

“We are setting up baselines for at least four SDG 14 targets, providing management and policy recommendations, and tracking the progress of these targets over time. These include: marine pollution, with a focus on marine litter, healthy oceans, ocean acidification, and marine protected areas.” 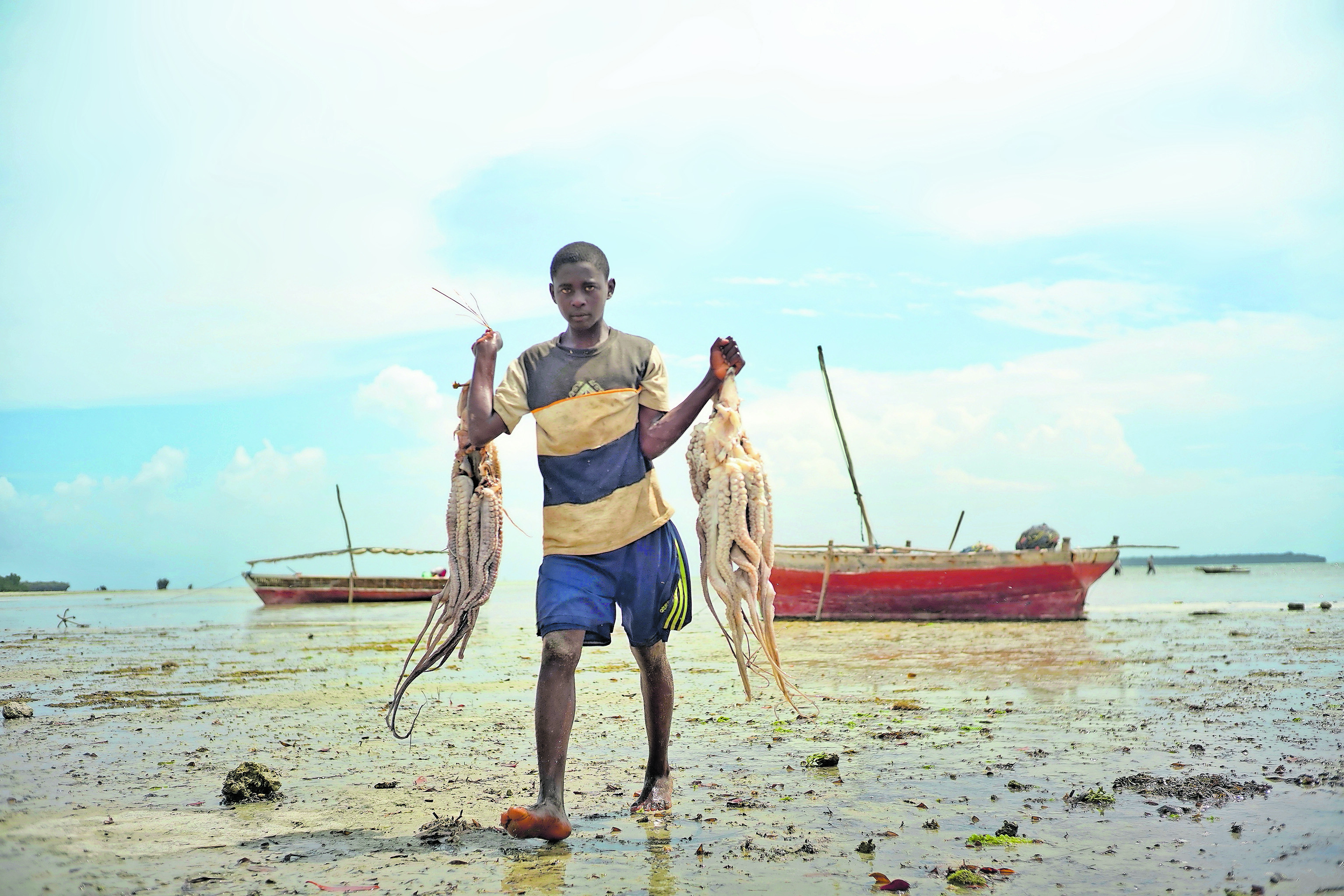 A fisherman with the day’s catch of octopus (Photo: rahimsagaff_photography)

To date, Wiomsa has provided support to set up monitoring programmes for ocean acidification and marine litter as the first steps in establishing baselines against which to measure change and the degree of success of mitigation strategies.

Francis explains that the coastal zone of the WIO region hosts major cities, harbours, industries and other development infrastructure that, while vulnerable to climate change themselves, also pose increasing threats to the integrity of coastal and marine ecosystems.

To address this, in 2018 Wiomsa launched a four-year programme called Cities and Coasts. One of the research projects supported by the programme is Cities and Climate Change in Coastal Western Indian Ocean, A Grand Challenge, led by Dr Bernadette Snow, director of the Institute for Coastal and Marine Research at the Ocean Sciences Campus of Nelson Mandela University https://cmr.mandela.ac.za/, in collaboration with the German Climate Service Centre.

Together with decision-makers and society, this three-year project is exploring and planning how coastal and marine planning can be implemented to enable better adaptation to climate change in vulnerable coastal cities of the WIO.

Everyone — not just governments — must act to mitigate climate change