Pregnant at 16, with a sick mother who had lost her job, Lebohang Kotolo wanted to quit school and, at one stage, to end it all,because she felt she had become a burden to the family she was responsible for.

Her mother was shamed and she was shunned; there was no one to help her.

“The whispers about how I deserved this [by]the community made this whole situation worse,” she said.

“I wanted to quit school to take the burden off my family. I felt I had shamed them and it was not okay for me to have dreams and ambitions. My family needed me to take care of them.”

According to Statistics South Africa, many girls between the ages of seven and 18 cite family commitments as a reason for not going to school. This was Kotolo’s future, in her view.

The 21-year-old University of Johannesburg (UJ) student remembers how her family’s woes started when her father fell ill, back in 2006. He was diagnosed with HIV and prostate
cancer. “He was one of those fathers who would disappear every payday and was not around much.”

He died that year. A few years later her mother, Gabisile Kotolo, was also diagnosed with HIV and stopped working because she was constantly feeling unwell. The family had no breadwinner and the only roof over their head was Kotolo’s late grandmother’s home. This situation is repeated throughout South Africa. Stats SA figures show that more than 43% of children in the country live with their mothers, and not with both parents or their fathers. 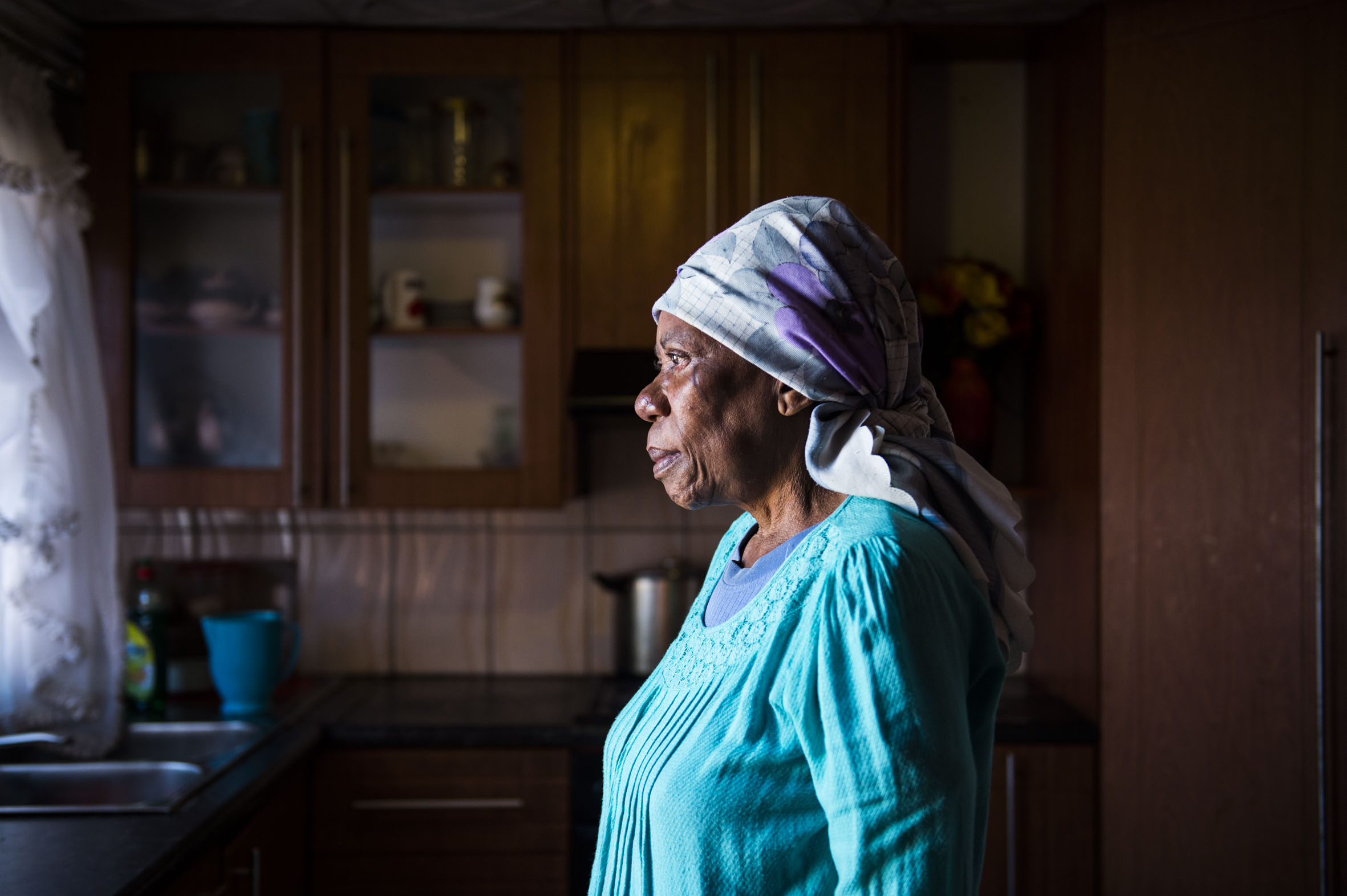 When Lebohang Kotolo fell pregnant as a teenager, her mother Gabisile Kotolo (above) was devastated. (Delwyn Verasamy/M&G)

It became Kotolo’s responsibility to take care of her mother and still go to school.

“I had never been intimate with anyone and so I didn’t know what it felt like wearing a
condom or not. I was shocked when my boyfriend told me he thought I was pregnant and he had been lying about wearing a condom.”

At school her marks declined, teachers were concerned and friends left her side.

“My mother heard the news [that I was pregnant], but could not believe it. She looked at me as if she was seeing through me. The nurses had to take us home the day they broke the news to her.”

This was when Isibindi stepped in. The Isibindi project provides child- and youth-care services. Trained care worker stake care of orphaned and vulnerable children and teach them life skills, provide educational support and assist with accessing government social nets such as grants and funding for studying at school.

Jabulile Mazibuko, a youth-care worker and mentor with Isibindi, said Kotolo’s story is not unique,that many girls find themselves in similar situations and have no one to turn to.

“We have dealt with all kinds of traumatic situations, such as young girls who have been raped or who have fallen pregnant. We come into their lives to show them that there is a way to cope and to dream again.”

Mazibuko said her experience has shown her that many black girls don’t have a voice in their homes and communities.

“Can you imagine being raped by your uncle and no one wants to believe you?Or [being] a young girl who has to take care of the family yet is still expected to pass at school?These are cases we tackle and I wish that communities would listen to these children more and support them instead of shunning and shaming them.” 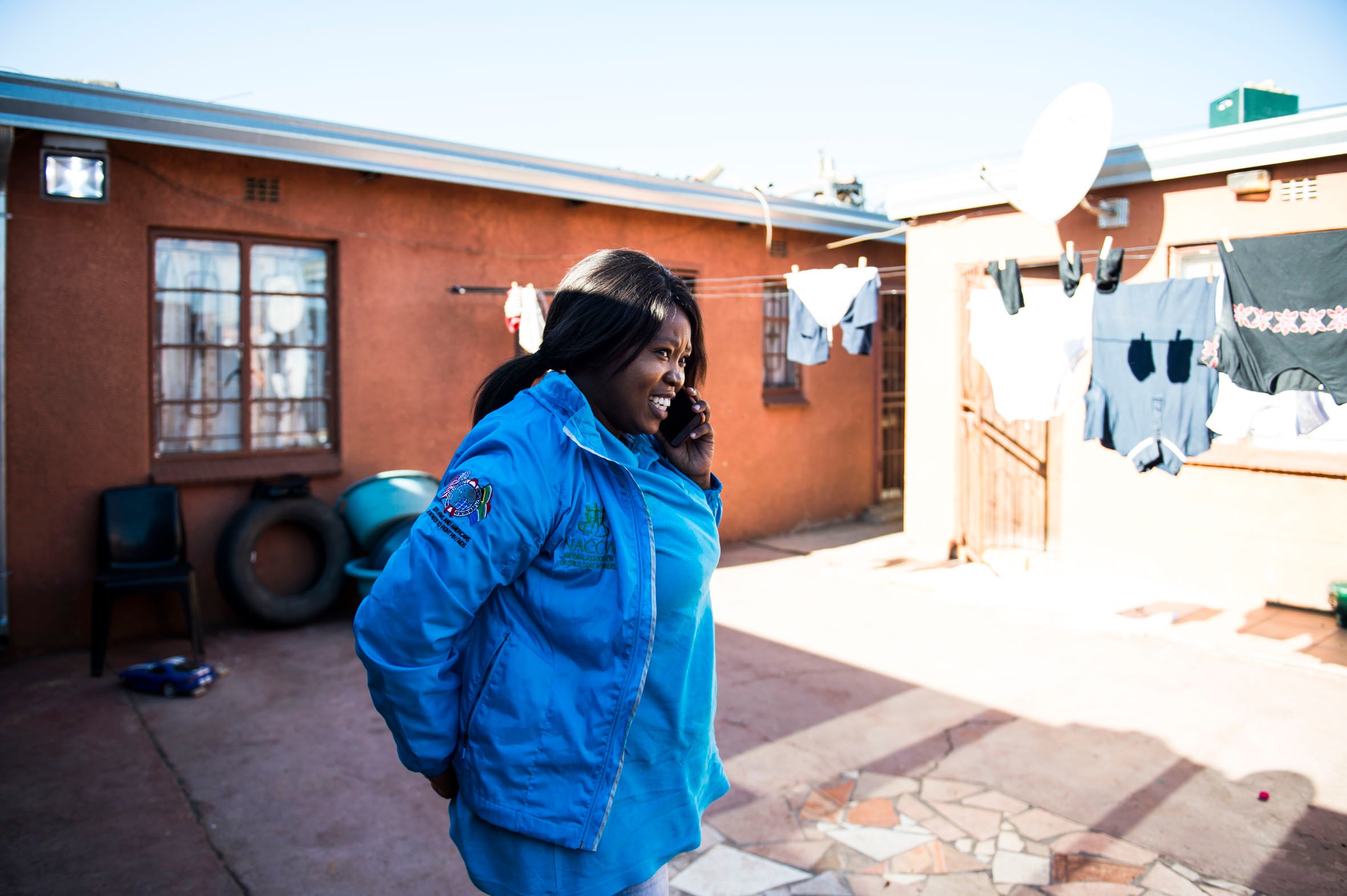 With the support of the Isibindi programme, through which care workers such as Jabulile Mazibuko provide child- and youth-care services, Lebohang Kotolo completed matric and is now in her third year of a social science degree. (Delwyn Verasamy/M&G)

After Isibindi took Kotolo into its programme, she realised she could dream again. With a 10-day-old baby, she went back to her matric class and passed with marks high enough to land her a bursary.

She is nowin her third year of a social science degree at UJ.

“I want to continue studying my honours next year but I feel guilty because I know that I am the only one who can provide my mother with a better life. There is very little money that comes into the home and everything is a struggle,” she said.

Her mother couldn’t hold back tears when talking about the hardships faced by the family. “My daughter has tried so hard to take care of us. I remember when she fell pregnant, I cried every day. I didn’t know what would become of us and I could do very little to support us.

“Even now it’s difficult because this is not our home. All I want is a roof over my head and a place to call home.”