The suburb of Uitsig, on the Cape Flats, is a mere 25km from Louisenhof wine farm outside Stellenbosch. But their realities are worlds apart.

Last Friday night, 12-year-old Ashwin Jones was riddled with bullets outside the Uitsig mosque. On the same weekend, 62-year-old Stefan Smit was shot and killed on his farm.

Two equally tragic murders. But the provincial government and the police have been accused of reacting very differently to these two deaths.

With the month of Ramadan ensuring that the mosque was busy, Ashwin and his friends earned tips by keeping an eye on worshippers’ cars. His grandmother would give her blessing because their home was opposite the mosque. This way she could keep an eye on him from her front door.

It is not known what would lead suspected gangsters to pump several bullets into Ashwin’s body.

“I believe that these gangsters were sent to shoot somebody, and he was at the wrong place at the wrong time,” says family spokesperson and local pastor Adam Alexander.

One of Ashwin’s friends says that when the last gunman came to shoot he realised it was a boy, hesitated, and ran away, according to Alexander.

He dismisses rumours that Ashwin was recruited into a gang before he was killed.

“It’s rumoured that he was a gangster and that he was full of tattoos. It is nonsense. He was part of our youth group at school. It’s called Hood — Helping Others Obtain Dignity. Ashwin was not a gangster.”

Alexander says apologies from nameless people — possibly those responsible for the killing — have been delivered to Ashwin’s parents, but they are not accepting them.

“When they realised it was a child, it was already done. They’ve sent some messages to say they’re sorry. But we don’t know who this message comes from. That’s cowardly. And it’s cruel,” says Alexander.

Just 48 hours after Ashwin’s killing, and a 30-minute drive away, Smit was gunned down.

“Stefan’s wife, Zurena, called me in the morning to tell me what happened. They were in the kitchen. They had a guest, and they were busy seeing her out.

“Zurena saw somebody come into the house, and it happened so fast, and she didn’t even hear the gun go off because she was screaming. She said Stefan didn’t even get off his chair.”

At the time of his death, Smit was involved in a dispute with people from the neighbouring Kayamandi township. In August last year, they occupied parts of his farm and called it the Azania informal settlement. 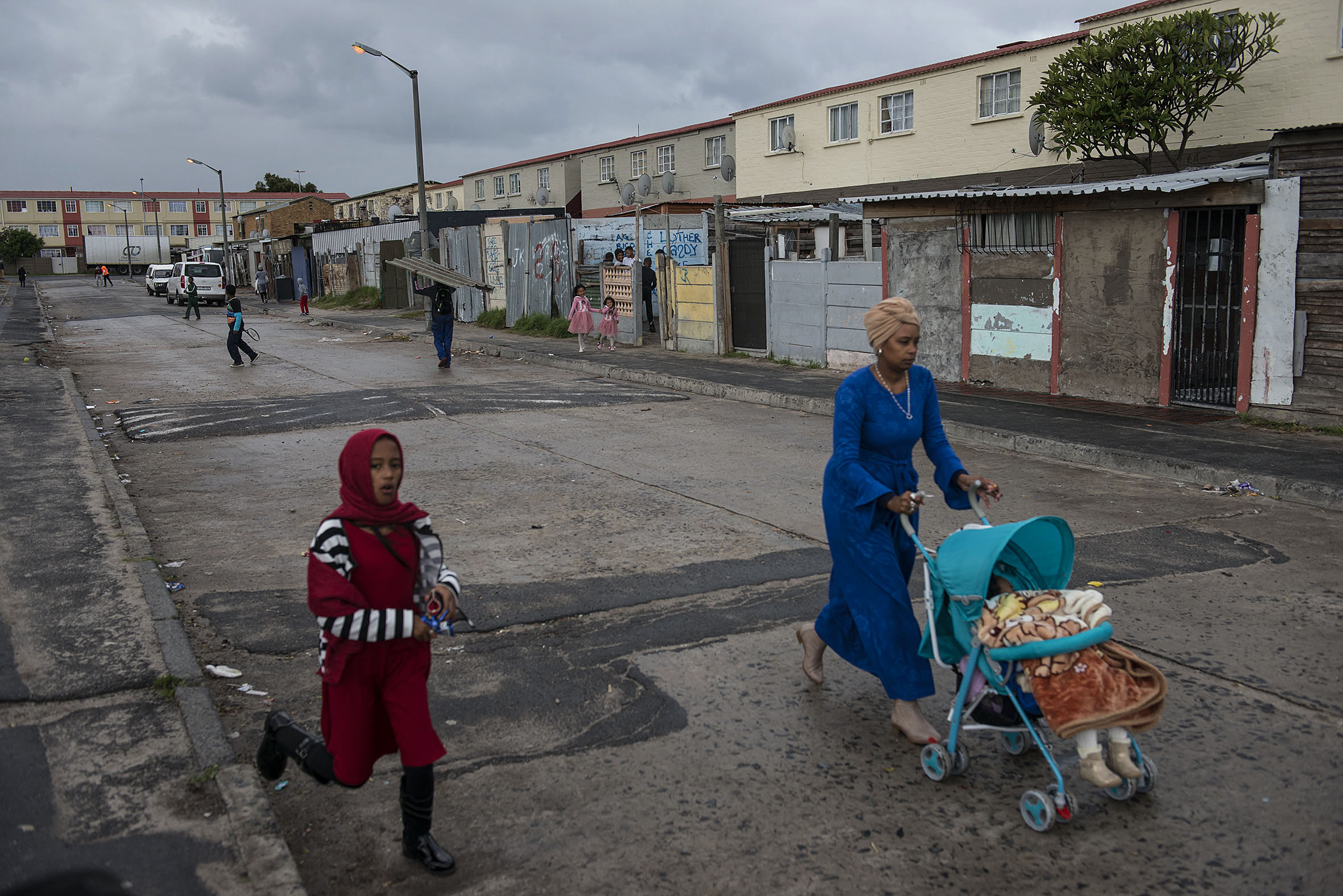 12-year-old Ashwin Jones was shot outside the Uitsig mosque on the Cape Flats, allegedly by gangsters who mistook him for someone else. (David Harrison/M&G)

After consultation with the South African Human Rights Commission, occupiers reached an agreement with the Stellenbosch local municipality that no new structures would be built.

Houston says he does not know whether Smit’s murder has anything to do with the ongoing legal battle over his land. “My feeling, it’s one of three things: it’s a farm murder, it’s a robbery or it is a vindictive action by the people who have occupied his land. But it’s difficult to say. There were ongoing talks with the people, with the municipality. But I don’t know how far that went.”

On Tuesday, another violent attack took place on a smallholding in Klapmuts, not far from Stellenbosch. A woman was admitted to hospital but her two children were unharmed.

Smit’s murder is the second on a farm in the province in recent months. In May, Tool Wessels, a farmer in the Bonnievale area, was shot in thehead. His body was found with his hands tied behind his back. His wife, Liezel, was allegedly stabbed and had boiling water poured over her.

Meyer says: “We’ve seen in the Cape Winelands two recent, violent attacks. So we are seeing an increase in violent crimes in the rural areas.”

He also says that, although most cases of attacks on farms are opportunistic crimes, he has noticed an uptick since the national discussion on land reform started, “not only in the Western Cape, but around the country”.

Meyer wants politicians to tone done inflammatory speech when it comes to discussions about land reform. “We’ve just come out of an election, and we have a political responsibility. All members of Parliament have undertaken an oath of office. Part of that oath is to respect the rule of law. And I think we have a moral obligation to keep the temperature down and not do anything that will incite violence.”

But Roegshanda Pascoe, of the Manenberg Safety Forum, questions why a task team has been set up for murders on farms, but not for gang violence. “On the Cape Flats, as you’re working, you are already in a crime scene. That’s the reality. Things like the anti-gang unit [were] a political ploy to keep us quiet. But like everything else, it amounts to nothing.”

Activists say that the unit, established by the president in November last year, did a lot of work over the festive season, but not much since then.

During 2018, 65 murders were reported in Ravensmead, the policing district that Uitsig falls under. Most of them were the result of gang and gun violence.

Alexander says trying to lift youth out of their circumstances, with constant violence around them, often feels like a losing battle. “These are senseless killings. And we’re trying to get a sense of what is happening in our community. For decades we have struggled to get social stability in Uitsig, and then this [murder of Ashwin] is happening. We are going to try our utmost. If we are going on like this, I believe we won’t see the next generation.”

Meanwhile, the Western Cape community safety department says there have only been four murders on farms in the Western Cape this year. Albert Fritz, the newly appointed provincial community safety MEC, says: “We need to ensure that policing is equally dispensed, whether you’re a working-class community, or whether you are one of those rich communities. There’s no special attention to this group and that group. 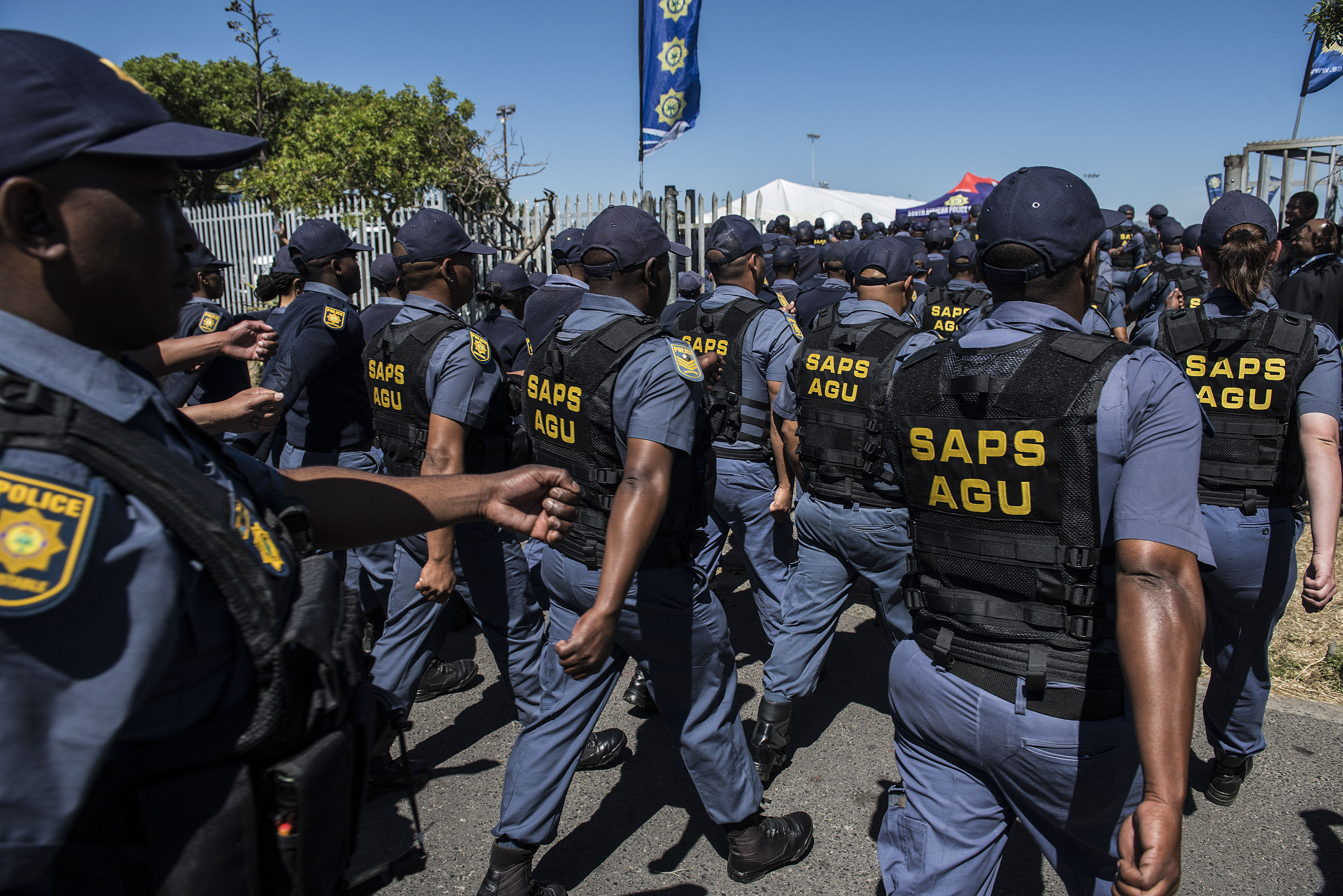 Complex: The anti-gang unit was established to tackle gangsterism on the Cape Flats, but policing alone cannot deal with systemic problems causing violent crime driven by the gangs. (David Harrison/M&G)

“We must fight this. And I don’t want an approach of ‘skiet, skop en donner’. I’m not a policeman. What I can do is use the powers afforded to us in monitoring the work that police are doing.”

Instead, he’s looking at new strategies to deal with systemic issues of unemployment, substance abuse and unstable family units to help deal with crime. “We are taking some programmes from social development with me to community safety. They are going to form part of my network of safety ambassadors.”

Fritz says he wants a community safety strategy that gets young people serious about their future.

“In our schools, there are no such things as rites of passage, to say, ‘You are now an adult.’ How do we create activities that take them to this level of an adult? I’m going to continue concentrating on unemployed youth, across the Cape Flats.”

Western Cape police say they’re still investigating the murders of Ashwin and Smit. No arrests have been made.