Just short of finding the Edge

The Edge is one of the best visual experiences of sport you could take in this year. Its issue lies in a failure to convince why you should care to take this journey in the first place.

The new documentary, directed by filmmaker Barney Douglas, chronicles the rise of England from Test whipping boys in 2009 to their ascent to No 1 in the world … with a bit of their fall back down again thrown in at the end. Released days after the country’s maiden World Cup win and days before the Ashes, the impeccable timing of its arrival to capitalise on patriotic fervour goes without saying.

Whatever flag-waving may be involved, however, there’s no denying that the cinematography is objectively stunning. The crunching close-ups and visceral in-game sounds perfectly convey the brutal, sometimes terrifying, nature of Test cricket. Aided by vivid descriptions by some of the key players of the time, you get a sense of what it could be like to walk the long, hot stretch under the Melbourne Cricket Ground (MCG) and on to the pitch, for instance. Juxtaposed with dreamlike sequences that mirror the players’ emotions and this could be mistaken for an action flick at times.

It’s a pity, then, that the cause of protagonists will be hard to sympathise with for anyone who isn’t British. It’s not that England are universally disliked, but rather the set of characters’ ambitions begin and end at getting good at cricket. Life’s struggle when the narrative begins is: we’re tired of being useless and the Aussies are always mean to us.

Contrast this to Fire in Babylon. The fine telling of the 1970s and 1980s West Indies side works so well because it’s properly conveyed what Clive Lloyd and his band of “Calypso Cricketers” were fighting for. The right to a seat at the table. The pleasure in sticking it to haughty colonialists. Real stakes.

The Edge tries its best to incorporate personal struggles when we’re introduced to the players but they don’t quite reverberate with the same gravitas. “Right, we need to talk about Kevin,” the narrator insists. “When South Africa came out of apartheid, they needed fairer representation in their largely white sports teams. In cricket they introduced a quota system, denting the aspirations of Kevin Pietersen.”

When we pick up the story we find the English getting drunk in Jamaica before getting smashed silly in their Test series against the West Indies.

Enter coach Andy Flower (another who was supposedly forced to find refuge in England after he was exiled from Zimbabwe for his criticism of Robert Mugabe’s attacks on democracy). Under his and new captain Andrew Strauss’s leadership, the team gets its act together and slowly climbs the Test rankings.

Flower’s methods include taking the team on a surprise trip to an unknown location in Germany where they’re forced to endure military-style drills. The intensity is not quite Full Metal Jacket but the exercises seemingly fulfill the desired effect of fostering a brotherhood.

By 2011 the team was good enough to win the Ashes on Australian soil for the first time since the 1980s. Pieterson celebrated the achievement by dancing to Mandoza’s Nkalakatha with his teammates in the dressing room — an image that cannot be unseen. A couple of months later and India were swept aside to cement England’s first and only rise to the No 1 spot.

What very much feels like an ode to England fortunately comes to an end at the hour mark. The final third that follows is by far the strongest aspect of The Edge.

The same carefree players from the opening now give striking descriptions of the uninterrupted pressure that haunts them and the toll it takes on their mental health. These are the unglamorous consequences of giving your life to a sport — especially one that requires you to stand in the sun for five days straight to represent a country that is just waiting to chastise you.

Jonathan Trott, or “Trotty” to his teammates, particularly articulates his suffering well, detailing how he would be literally crying over his cornflakes at the thought of another day at the crease — most of his team would just look the other way. Meanwhile, the team’s hard-fought comradery is imploding as Stuart Broad does his best to exonerate himself from accusations he had a hand in running a parody Twitter account poking fun at the increasingly beleaguered Pietersen. 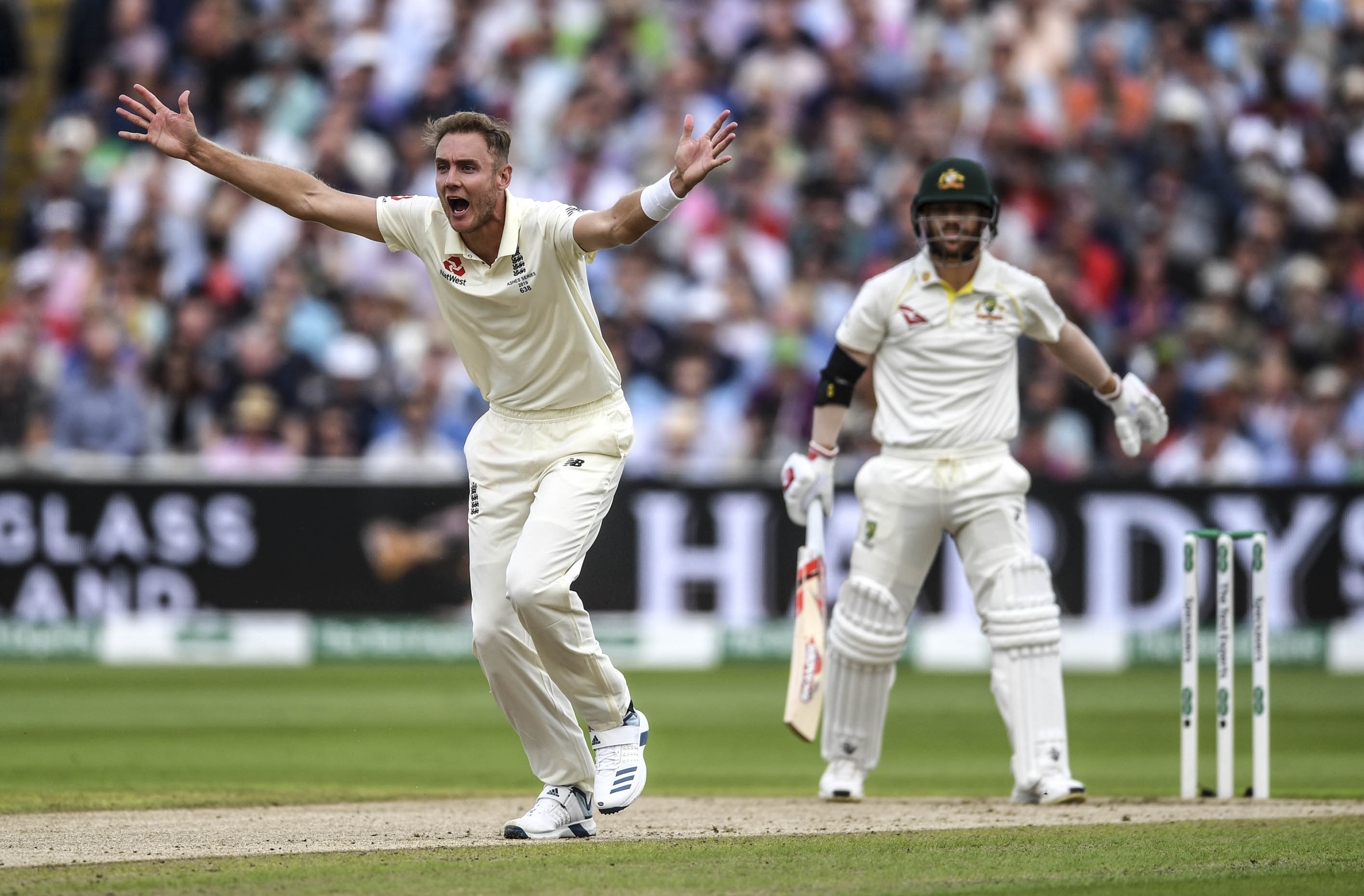 No sackcloth this Ashes: The five-Test serieskicked off at Edgbaston yesterday, with England desperate to kick on from their 50-overs World Cup triumph and regain the Ashesfrom arch-rivals Australia. They had a good first hour, with Stuart Broad (left) getting David Warner (right) out lbw when he had scored just two runs. For the men from down under, the series is seen as a chance to restate their credentials, especially after the ball tampering scandal in South Africa last year. Over the 137-year history of the Ashes, Australia has won the series one more time than their rivals, including in the most recent edition. (Gareth Copley/Getty Images)

All this is made worse by the evil Australians. If you haven’t guessed already, they’re kind of the pantomime villains of the whole tale. “Get ready for a broken fucking arm,” Michael Clarke tells a pair of batsmen unluckly enough to face an in-form Mitchell Johnson.

In the next shots their fielders are seen cackling as the ball ricochets off various body parts. Even the civilians in the stands on “Pom-bashing day” are portrayed as incapable of putting away their middle fingers or uttering any word besides “wanker”. (Incidentally, there are no scenes included of Broad or any other Englishman delivering any trademark trash talk.)

The message the film ends with is clear: if you want to be the best in the world it comes at a cost. It’s a finale that redeems the project and saves it from being chucked in the propaganda bin. Contingent on your ability to stomach an hour of one England win after another, there are few cricket cinematic experiences that could match this.