Cars have become very good at managing how you feel and how you respond to driving them. Exhausts pick their tune, while active suspensions mean any surface feels comfortable. Bakkies are, increasingly, no different as their prices move towards the R1-million mark.

The Nissan NP300 doesn’t seem to care much about managing you. It’s a car with a powerful engine, a lot of low down power, four wheel drive and, in its double cab form, space for children to sit on the way to school and load capacity for a couple of sheep in the back.

No frills. That’s why it costs R450 000 new — some 50% less than the shiner and more sculpted Ford and Toyota competitors, or Nissan’s own higher-end Navara.

Basically unchanged for 20-years, the sales pitch of the NP300 is an engine that doesn’t die and will take you wherever you need to go. That 2.5-litre turbo diesel defines this bakkie. A clunky click of the ignition fires it up, making the entire chassis and cabin shake as smoke blasts out of the exhaust. An air inlet on the bonnet feeds the engine (the bump is a problem in a car where the seat is bolted on so it can’t be lowered or raised for height).

The turbo is crude enough that there is a few-second lag when you try to push the car through the gears on the open road. Around town, this makes for patient driving, with the loose steering and wide turning circle constantly reminding you that this is a car best suited to gravel roads. And, with the air pollution coming from a big diesel, it shouldn’t be driven in stop-start city traffic. 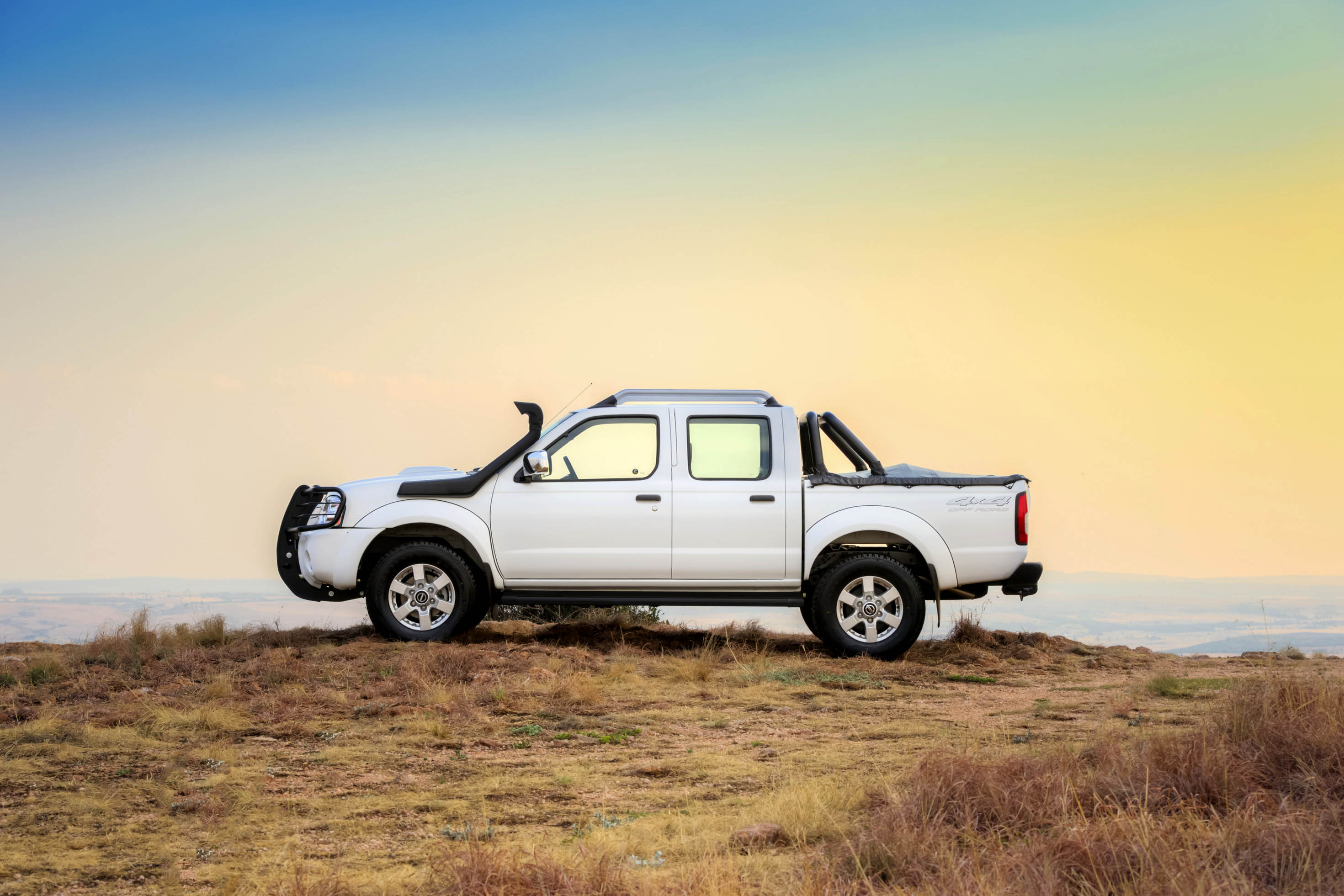 The NP300 is very definitely not a cross. In a world where other bakkies are increasingly aiming for the weekend offroader, who wants 4×4 because they don’t know how to drive off road, it is unapologetic. Nissan has built the NP300 to work — it exhibits at the annual Nampo Harvest Day in the Free State — and be easy to service.

Its 4×4 system is still manual, with a separate gearbox to engage high and low range. While rarely needed, this means the Nissan can go anywhere. But, without an active system that changes for different conditions and sends power to different wheels, it does mean a competent driver is needed to move along slippery slopes or through deep desert sand.

On ability alone, the NP300 is a brilliant machine.

But you need to live in a car. In the past, Nissan could release poorly kitted cars because they did the job and had little competition from below. The arrival and growth of brands like Mahindra — its Scorpio is R80 000 less for a double cab — has meant cheaper cars with more kit as standard.

Nissan’s response is to try and jam things into the NP300 (if you spend R20 000 or so on the extras) and fail. The cabin is straight out of the early 2000s, with big backlit buttons for the aircon and other controls requiring a hefty pull or push to shift around. There are no controls on the steering wheel. With the upgrades, the basic radio is replaced with a touch screen system that’s awful — typing is laggy and frustrating. A USB connector in the glove box adds to the feel that things have been stuffed into an old design.

And, with the constant noise of the diesel engine and the road noises coming through the bodywork, the speakers need to be on high to compete. Not that comfort has come through in any of the Nissan’s design philosophy. 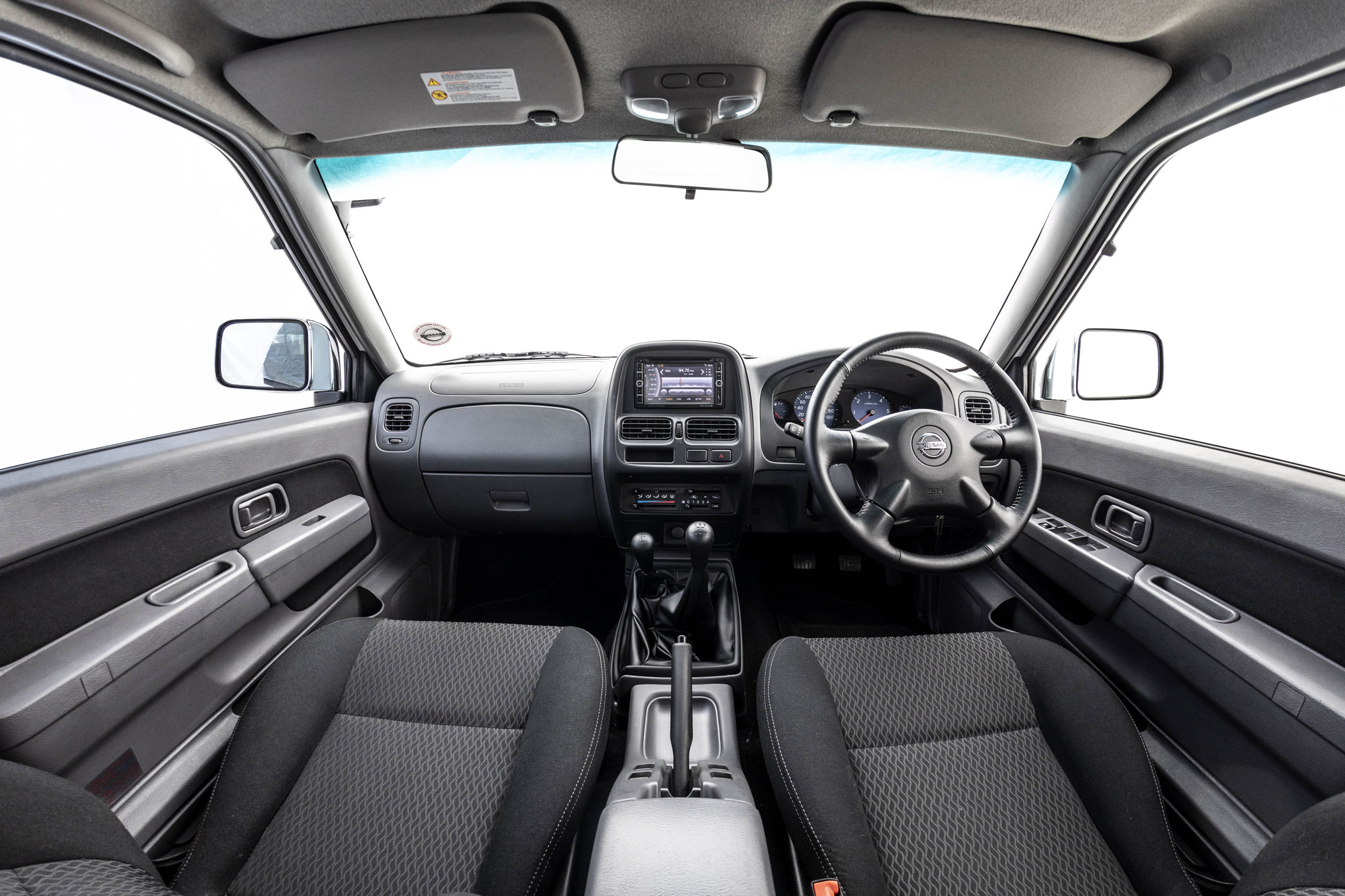 There’s no space for a phone. The wallet or coin holder is a shallow indentation under the handbrake (always a bad idea). The pockets moulded into the bottom of each door are so narrow and so deep that they just swallow things without returning them. The bottle holders in each door are too small for a big water bottle and, when used, mean that the bottle rubs up against your knees. The bolted seats also mean that your knees — particularly those of passengers in the back — are locked in the uncomfortable up position. The deep storage bin between the driver and passenger is so far back that either person has to twist to try and fish about in it. The two cup holders in the bin are similarly illogical. And there aren’t even basic refinements like a warning beep if the lights are left on when you get out the car.

All this means that driving the Nissan for any length of time is tiring.

There’s also the problem of the NP300 failing the Global NCAP test last year. This found that, in a collision, you won’t survive. Nissan have since said that the car meets local safety standards (because we don’t have meaningful local safety standards). Its competitors were, however, not tested by NCAP.

Other bakkies have used newer iterations — in their more expensive models — to build in better safety from the beginning. The NP300 shows its age in not evolving for safety. And that’s also a giant mark against buying it new. With so little changed, it might make more sense to go out and buy a good second-hand model that has the same do-anything build and none of the poorly thought-out technology (preferably a petrol one).