South Africa achieved its greatest ever haul of six medals at the World Athletics Championships in London two years ago. It was a performance that highlighted the wealth of young talent that was bursting onto the country’s tracks — talent that was presumably only going to get faster. It was widely decreed that we were undergoing an athletics renaissance.

We may very well be but, roughly a month away from biennial event in Doha, the chances of matching that tally are looking dubious.

Caster Semenya’s plight is a major factor in that negative outlook. When the Federal Supreme Court of Switzerland decided to overturn a suspension it had placed on the International Association of Athletics Federation’s (IAAF’s)testosterone regulations, it all but crushed her chances of competing in the world championships. She brought two medals home last time out, a gold and a bronze, and has unquestionably been South Africa’s greatest athlete in the past decade.

Semenya herself was far more positive this week.

“We can’t say two medals are gone because we have a very strong team,” she told City Press this week. “We can never predict the world championship, so I think everyone is a strong contender there.

“We still have Luvo [Manyonga], Akani [Simbine], Ruswahl [Samaai] and the shotput guys, and we still have the marathon guys. So you can never really tell, especially with the weather conditions in Doha, which are extremely hot.”

What’s making her view harder to buy is the uncertainty regarding world record holder Wayde van Niekerk, another athlete who secured two medals in 2017 — gold in the 400m and silver in the 200m.

The runner has rarely performed since suffering a serious knee injury in a celebrity touch rugby match shortly after those triumphs. Even if he does make it onto the plane to Doha it’s unlikely he’ll be at his elite best, which is a problem considering Americans Michael Norman and Fred Kerley have both recorded sub-44s times this year. 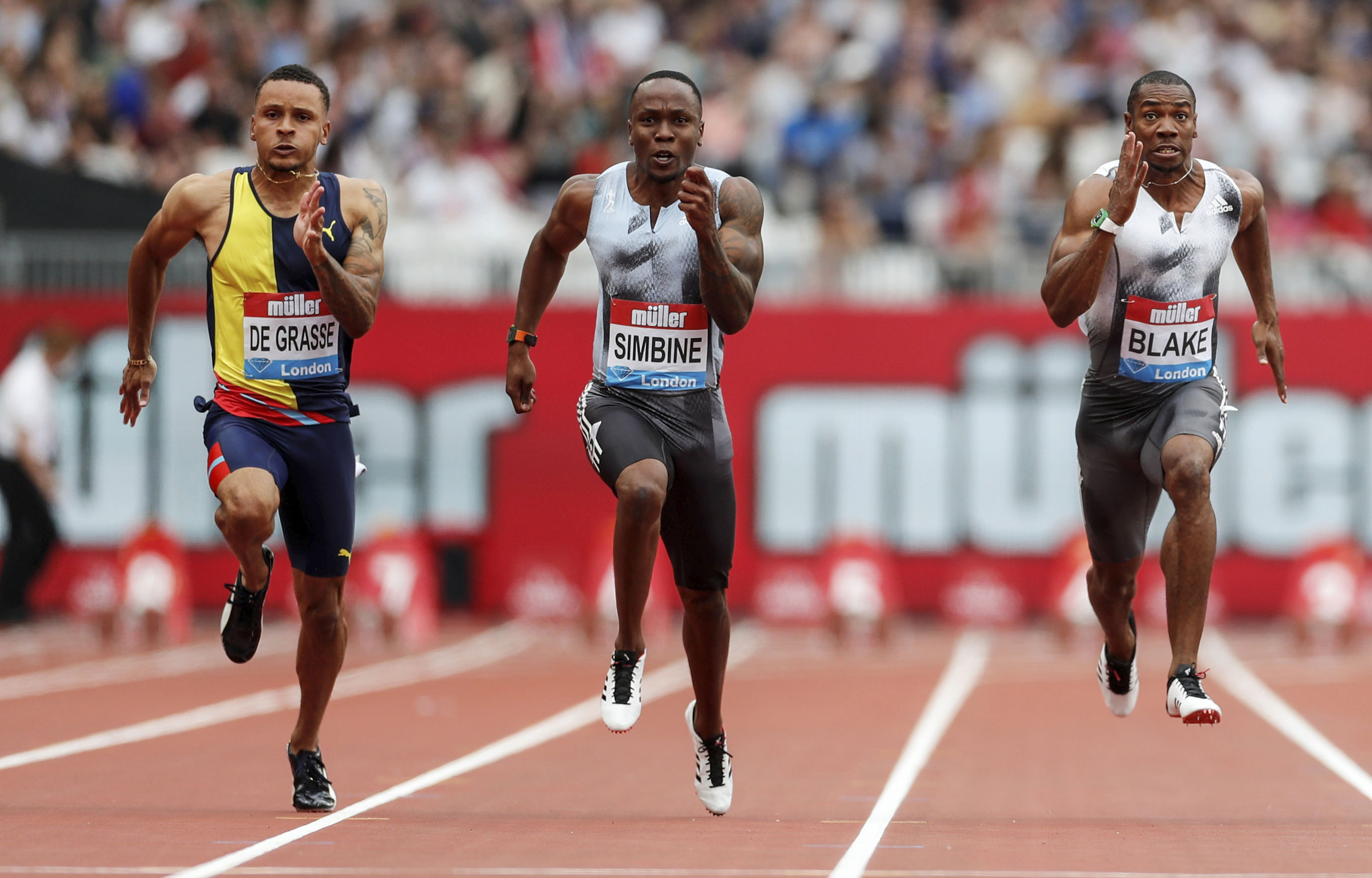 Akani Simbine will have the likes of Christian Coleman and Divine Oduduru on his heels at the world champs. (Matthew Childs)

Manyonga and Samaai, the long jump medallists in London, face similar challenges to their authority. Although they should be good for at least one podium position, 21-year-old Cuban Juan Miguel Echevarría, currently ranked first in the world, is the favourite to snatch gold.

Simbine is the biggest hope to add a different medal this time around. His 9.93 100m sprint is joint fifth globally this year and he has regularly looked to be competitive in the Diamond League. Still, Christian Coleman, who ran 9.81, and Nigerian Divine Oduduru stand out as frontrunners while the 2011 world champion, Jamaican sprinter Yohan Blake, promised to be a factor after beating Simbine to win the Birmingham meet last weekend.

The Commonwealth champion also has an outside shot of triumphing with the relay team. He was part of the 4x200m team that won silver at the Relay Championships in May but, with that event not offered in Doha, his teammates will have to put in an exceptional performance to finish in the top three in the shorter event. Of his potential baton partners, only Simon Magakwe has run a 100m good enough to crack a spot in the heats for the singles race.

Clarence Munyai is another that can give South Africa hope if he channels his best. The 200m sprinter was the second fastest man on the planet last year when he set a 19.69 national record. But since then the 21-year-old has failed to dip under 20s — unlike 13 other runners this year. American Noah Lyles has set an imperious 19.50.

Time to kick on

The medal prognosis is not great, largely because of factors outside of anyone’s control, but that doesn’t mean this can’t be a successful event for South Africa. With a young, promising squad, the world champs present the perfect opportunity to consolidate and prepare for the big one: the 2020 Olympic Games in South Africa. That’s if Athletics South Africa (ASA) plays its part.

For all their athletes’ success, the organisation did not cover itself in glory in 2017. By setting its own standards higher than those of the IAAF, 15 South African athletes were denied a spot in London. These included Olympians Henricho Bruintjies and Alyssa Conley, Commonwealth champion Cornel Fredericks and South African record-holder LJ van Zyl. 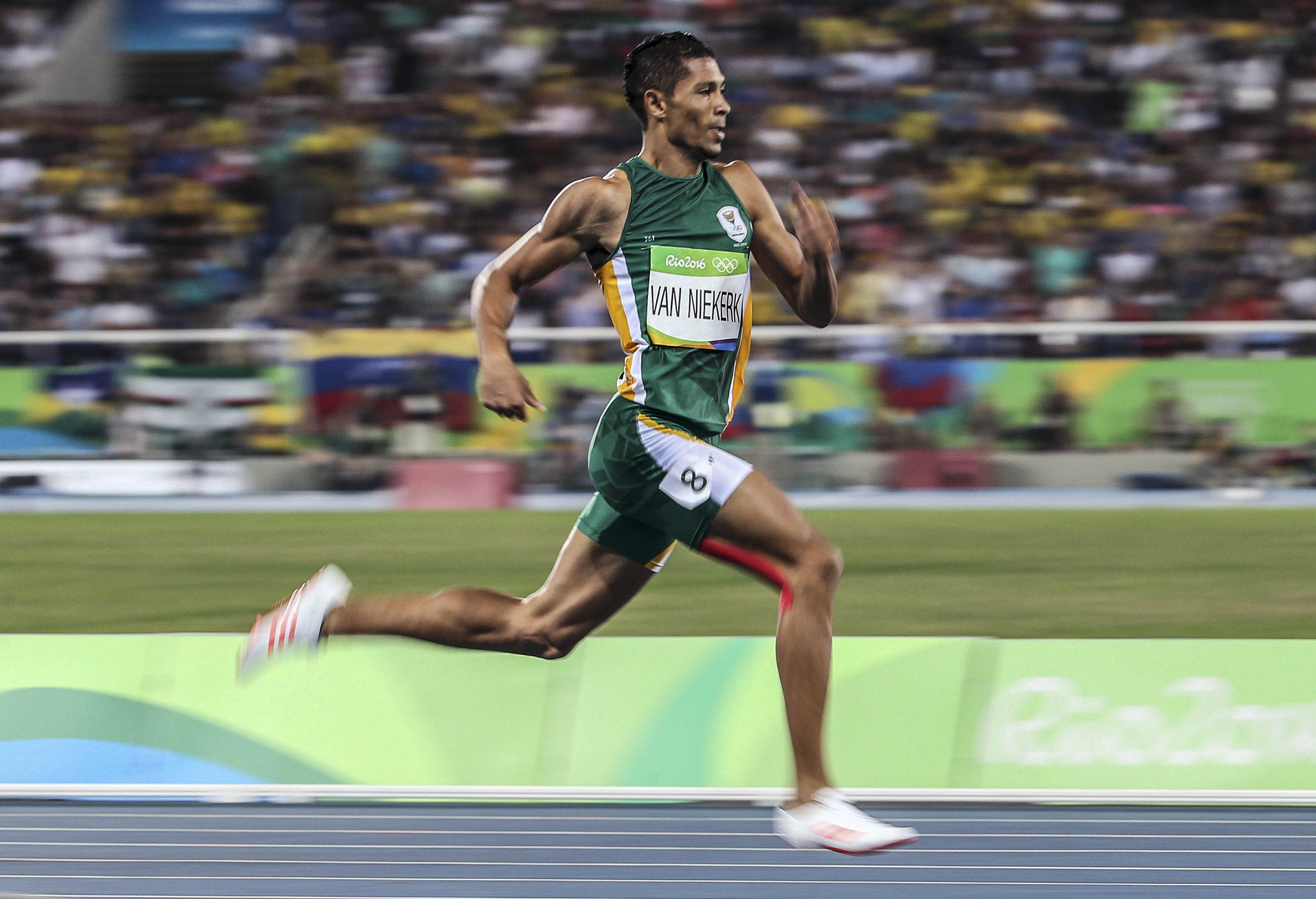 Wayde van Niekerk took two medals in 2017 but a knee injury limits his chances of a repeat. (Alessandro Bianchi/Reuters)

Media, fans and even the ASA’s own athletes bemoaned the decision.

“It’s all good and well when you want to groom talent but when there’s an opportunity to help the talent grow you shut the door on them,” Simbine tweeted at the time. “We have the potential to be such a powerhouse in track & field but we keep missing it.”

Van Niekerk responded: “Too much talent bro selection should be our last worry. Guys work to hard for this type of rejection.”

One would hope the ASA has learnt its lesson and we’ll find out after the qualification period ends on September 6. A number of gifted athletes are straddled on the “subject to board approval list”, mostly because of having missed the SA National Championships. These include Van Niekerk, Munyai and Bruintjies, as well as women’s 100m record holder Carina Horn.

The ASA states explicitly that “athletes who miss the SA Championships will not be considered for selection. Exceptions will only be made for medical/injury or family/compassionate reasons … these exceptions will be considered at the sole discretion of the executive board.”

For most of the names on the list it should be a formality. But, recent history has taught us that we can take nothing for granted.