The government has spent close to R1-billion over the past five years paying for Cuban mechanics and technicians to repair and maintain part of the military’s fleet of ageing vehicles.

This includes trucks that the army had written off in 2014 because they were considered beyond economically viable repair.

Media reports at the time quoted army insiders as saying the equipment could have fetched as much as R250-million if it had been sold at auction, but this was not approved by the generals, because they did not believe the vehicles should be written off.

Instead, the South African Defence Force entered into a contract with Cuba for 150 technicians and specialists to keep the trucks running, and also to teach SANDF members how to fix them.

The cost of the contract grew astronomically, from R35-million a year on salaries alone in 2015 to R900-million for everything including salaries, accommodation, and transportation in the last financial year. It could not be established how much of this R900-million was made up of salaries.

The contract stipulates that the defence force, as the client, is responsible for paying salaries as well as accommodation, meals, limited entertainment and allowances while the Cubans are in South Africa.

Another clause requires that the defence force be responsible for transporting any goods bought by the Cubans. A military insider said this was a bone of contention because they had had to charter a C130 Hercules cargo aircraft to ferry appliances and furniture bought by one of the mechanics.

Now the auditor general wants to make the entire amount irregular expenditure, because the contract was signed by SANDF chief General Solly Shoke without approval from Defence Minister Nosiviwe Mapisa-Nqakula or the secretary of defence, Sam Gulube.

There has been a scramble in the defence department to regularise this — through Gulube either entering into a new contract retrospectively or applying for a condonement.

But two sources alleged this week that he is dragging his feet.

The one source said: “Shoke was not allowed [in law] to sign that contract on his own. But it was allowed to stand all these years and now the minister’s adviser wants it regularised. 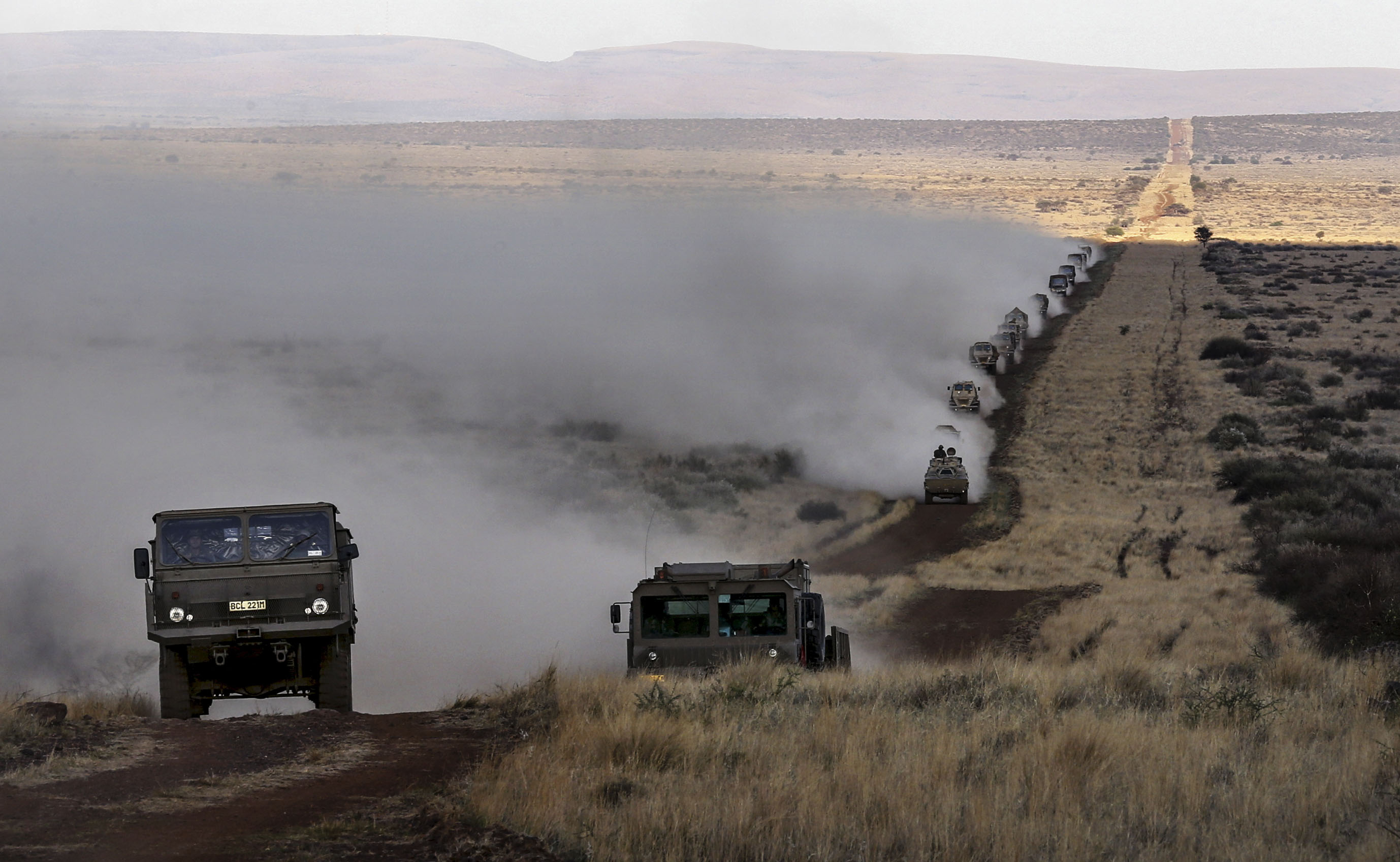 Recycle: Generals wouldn’t sell the old vehicles being fixed by Cubans. The vehicles above are newer. (Mike Hutchings/Reuters)

“Shoke always gets what he wants, and this project is no different because it gets first preference when it comes to budget.

“Besides salaries, we [also] pay for their accommodation, transport, meals, and entertainment while they are in the country,” said one source.

The other said: “Yes, what you heard about the C130 is true; their contract says we have to transport whatever goods they buy during their stay here and they go home with every appliance you can get and we must charter.”

The hiring of the mechanics to repair and maintain vehicles that were largely manufactured in South Africa by state arms manufacturer Denel has always been a sore point for servicemen, the defence industry, military enthusiasts and the press.

Online searches have revealed a few forum discussions and news articles on the issue, including one by City Press that suggests that Shoke entered into the contract before he was mandated to do so.

At the time, in March 2015, SANDF spokesperson Siphiwe Dlamini was quoted as saying that anyone who had a problem with the Cuban contractors could “jump in a lake”, and that the defence force would “keep on using [the mechanics] as long as we please”.

Dlamini had also said that Shoke handled 90% of military matters and was authorised to make army-to-army agreements, and that the local vehicle repair industry had exploited the military for years. A government source this week said: “It is true, though, that local mechanics were taking us for a ride. Imagine paying to move trucks and other vehicles from CAR [the Central African Republic] or the DRC [Democratic Republic of Congo] to South Africa for repairs, and when we get it back it breaks down within a day, or never even starts moving.

“But does that mean we needed to bring Cubans to do what South Africans are perfectly capable of doing, when jobs have always been hard to come by?”

The Cuban contract was signed with Tecnoimport, a state-owned company that imports and exports technical products for Cuba’s ministry of the interior and ministry of the revolutionary armed forces.

According to the contract, which was signed in August 2014, money for the 150 technicians and specialists would be paid — in euros and US dollars — to another Cuban entity, Tecnotex, a powerful company run by the Cuban military that was embroiled in a huge corruption scandal in 2011.

Both the defence force and the department did not respond to detailed questions about the cost of the programme, the work performed by the Cubans and whether any South African soldiers had actually completed a training with the Cubans.

It is not clear whether the department of home affairs was involved in the process of facilitating the Cubans’ arrival and work in South Africa.

The home affairs department did not responded to questions by thetime of going to print.