Flocking is the sharing of social resources — a veritable supply-chain management system of social resources. Flocking is teachers and neighbours using their collective time, knowledge and tools to establish and maintain smallholding vegetable gardens to supplement the nutrition of hungry children and their families. It is out of school youth assisting with homework where childrens’ parents or caregivers may not be available or literate to support youngsters. It is teachers providing school uniforms or books to enable children to attend school. Flocking is friends taking ill acquaintances to clinics for check-ups and treatment. It is people popping in at a sick friend’s house to talk and listen, or help with household tasks or to bring over a meal or groceries.

Flocking is also forging “smart partnerships” to generate income. A school-based vegetable garden is an example of the socioeconomic reciprocity of a smart partnership. It capitalises on available resources (time, labour, agricultural knowledge and tools). It provides added nutrition as well as opportunities for income generation to children and their families and — most significantly — it shies away from chronic dependence on support.

Flocking is not new-fangled. Generations of old and young people in urban and rural spaces in Namibia, South Africa, Swaziland and Lesotho recollect a heritage of using this supply-chain management of social resources to support one another during hardship.

Flocking leads to better-than-expected outcomes. Ongoing and multiple socioeconomic, health and education problems in Southern Africa would make one expect (in fact, predict) poor health, education, welfare and income generation outcomes. But flocking is a citizen-level resilience-enabling social innovation. Because of flocking, children are better able to attend, be attentive and learn at school, people with illness can use health services and receive home-based support and food, and unemployed friends can benefit from ingenious mechanisms to generate household level income.

Vigilant flocking structures enable early identification of people in need. Similarly, flocking structures have a no-nonsense awareness of stockpiles of social resources: who has knowledge to assist with vegetable gardening, who has links with suppliers of produce, who can donate time to afterschool care activities, and so forth.

The human fabric of this type of social support includes refined mechanisms to monitor and evaluate accountable use of resources. Ubuntu reciprocity means that you cannot expect you and your family to benefit from social support if you do not “play ball”: you cannot be the link in the supply-chain that chronically takes and uses resources, taxing the system — and not participate by reaching a level where you are also able to donate to the communal pool of supplies. Thus agency and interdependence — rather than chronic dependence on handouts (with concomitant shame) — are flocking trademarks.

Flocking is like a swimming-pool net. The danger of possible drowning persists. The net buffers whomever falls into the pool. In the same way just as challenges continue in a postcolonial space, so does flocking. The perils of limited access to services, unequal distribution of resources, uneven opportunity pathways all prevail in Southern Africa.

This may be because flocking has both cultural and structural roots. The cultural origins of flocking lie in the ubuntu way of life. Flocking is a behaviour manifestation of ubuntu beliefs and practices. Flocking shows the very best of a ubuntu-kinship: the communality of being in need and providing help as a given in life.

Southern African people who use flocking as a default way to counter ongoing and severe problems buy into ubuntu principles such as communality, collaboration, collective need and gain, reciprocity, spiritual connectedness to a world of people, nature, and reverence for elders and spiritual dimensions signifying religion and ancestors.

Ubuntu and flocking, as a resilience-enabling collective response, hold interdependence and associated agency in the highest regard — rather than chronic dependence and passivity. The reciprocity of being connected to a collective is a core prerequisite of flocking. In the same way, ubuntu mechanisms of consultation, consensus and accountability are essential in management processes that have to sustain over time.

The structural origins of flocking is evident in the swimming-pool net analogy. Flocking possibly emerged and was subsequently strengthened because of the absence of government support.

If, over a period of roughly 340 years of colonialism, the majority of a country came to understand that they could not count on people in government to provide equal opportunities to services, development and wellbeing, then flocking may indicate the social innovation of people who refuse apathy. 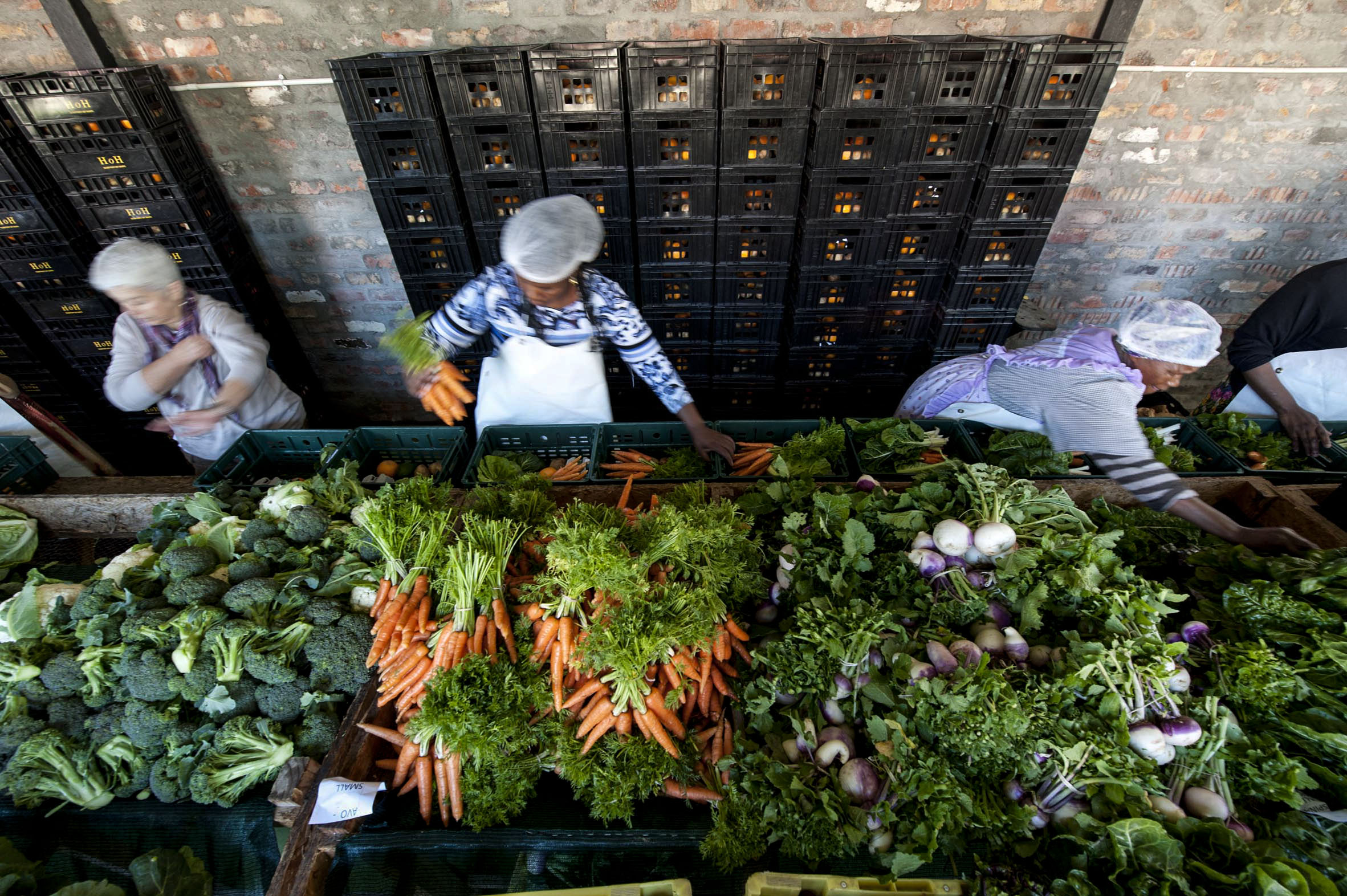 Ubuntu: The nonprofit Abalimi Bezekhaya, established more than 30 years ago, assists impoverished groups on the Cape Flats to maintain their own vegetable gardens. (David Harrison/M&G)

Flocking is a citizen-level mobilisation of self-made and lived policy-structures to counter challenges, support vulnerability and promote better than expected life-stories to the majority of people in a country. If the need for support was not so high for so long without a “possible light at the end of the tunnel of need” then it may not have been necessary for flocking to emerge as a pathway of choice to respond to need.

Flocking shows how people gather to make the light in the tunnel while moving towards the light at the end of the tunnel.

For as long as structural support remains iffy, it can be expected that Southern Africans will continue to flock. As we socialise each other into democracy in Southern Africa it is plausible that flocking may become less of a tool of acquiescing to structural disparity and more of a pathway for civic engagement to disrupt unevenness.

Citizen-level responses that may show elements of solidarity and social mobilisation signified in flocking could be the e-toll and Fees Must Fall movements. In both these examples flocking-like behaviours are used to trouble inequality structures — rather than co-existing in parallel worlds where citizens continue to provide the support, which has not yet fully grown to fruition at government-level.

Flocking is knowledge from Africa for Africa and to share with others in corners of the world with similar challenges, similar cultural beliefs and practise, and similar aspirations for well-being, social innovation and not succumbing to ongoing and extreme disturbances.

Professor Liesel Ebersöhn is the director of the Centre for the Study of Resilience at the University of Pretoria and secretary general of the World Education Research Association. This is an overview of her book Flocking Together: An Indigenous Psychology Theory of Resilience in Southern Africa (Springer)

Liesel Ebersöhn
Professor Liesel Ebersöhn, director of the Centre for the Study of Resilience at the University of Pretoria and secretary general of the World Education Research Association, is a leading scholar globally in resilience-promotion in poverty settings
Facebook
Twitter
WhatsApp
Linkedin