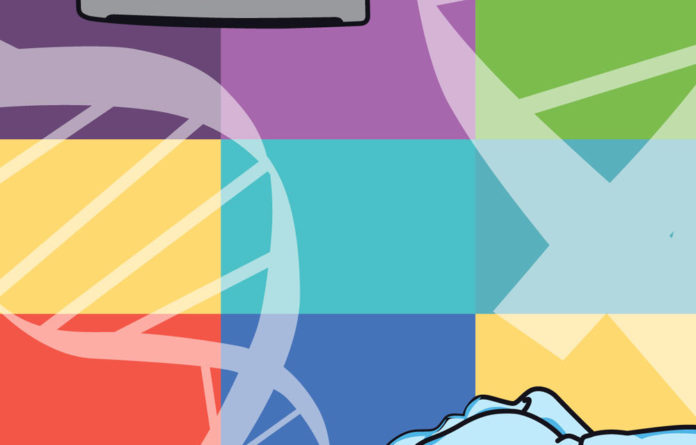 Perhaps the most prominent advancement featuring in the debate is that of gene-editing using CRISPR-Cas9 technology. Gene editing has already been used to create tomatoes that can sit in the pantry and ripen slowly for months without rotting.

It has been used to modify mosquitos so that they are unable to transmit malaria, and create ultra-muscular dogs to be used by law enforcement authorities. Gene editing has even allowed us to create cows without horns.

The most controversial application for gene editing which has been considered, is the genetic modification of the human species. Jennifer Doudna, the American biochemist who is credited for developing the CRISPR-Cas9 system, has been quoted as saying: “The power to control our species’ genetic future is awesome and terrifying. Deciding how to handle it may be the biggest challenge we have ever faced.”

Beverley Townsend and Donrich Thaldar (“Gene editing is risky, but worth it”, Mail & Guardian, September 13), suggest that the blanket moratorium called for by the international community blocks scientific progress and, with it, the opportunity to act responsibly.

Townsend and Thaldar provide an explanation of these two examples, but after brief mention of the gene-editing of the twin girls, who were subsequently born alive and are reportedly healthy, they shift their focus to Rebrikov’s plans to remove the genetic sequence for inheritable deafness from embryos created using the gametes of a deaf couple.

Rebrikov is not the best example of the considerations in the debate, because the proposed gene editing itself is problematic. The Chinese scientist planned to use gene editing to make the children born resistant to HIV infection. This was clearly a therapeutic aim. But are Rebrikov’s plans to remove inheritable deafness from embryos therapeutic? It is arguable whether deafness is a disease or a disability. In fact, a whole section of society does not believe that deafness is a disability, and that such proposed treatment amounts to discrimination against the deaf population.

The implications of what He has done is crucial to the discussion. Rebrikov’s expression of his intention provides us with the opportunity to identify and debate issues regarding gene editing, and the control which we are prepared to allow ourselves to exercise over our genetic heritage.

But, the Chinese incident clearly demonstrates exactly why a moratorium on the gene editing of human embryos must be the first words in the conversation.

He Jiankui used CRISPR-Cas9 to delete part the CCR5 gene that allows HIV to enter cells. The world had a mixed reaction to the sudden announcement of the birth of the children, and some hailed it as the medical miracle that signalled the end of HIV. But, there were many who did not reciprocate this sentiment.

For many doctors and scientists, He had acted in haste without any consideration of what was safe or ethical. At the outset, the ethical implications were clear: he had fated these children to be “prized cattle” in a society already ravaged with the HIV epidemic.

The news that broke in June this year was more devastating, and proves that we must adopt a cautious, conservative approach to gene editing.

According to a study published in Nature Medicine, He may have inadvertently shortened the twins’ life expectancy. The study showed that people with two disabled copies of the CCR5 gene are 21% more likely to die before the age of 76 than are people with at least one copy of the gene. The reason for the discrepancy is not yet known.

There are useful measures that may help us to determine whether particular uses of gene editing are justified. We can ask whether the proposed gene editing amounts to enhancement of our biological systems, because therapeutic interventions are always ethically easier to justify over enhancements which offer no therapeutic benefit apart from expressing what we want to see in our future children. Consideration of what is in the best interests of the future child is also important.

The “best interests of the child” principle is firmly entrenched in law and asks us to consider what action would serve a child’s interests best. If the proposed gene editing would place a child at a disadvantage, it would not be appropriate to proceed.

In 2008, a deaf British couple requested permission to genetically test their embryos to ensure that the child was deaf. The couple stated that “being deaf is not about being disabled, or medically incomplete — it’s about being part of a linguistic minority. We’re proud, not of the medical aspect of deafness, but of the language we use and the community we live in.”

A public outcry followed because many people viewed the intention to ensure that a child was hearing-impaired was against the best interests of the child.

The Human Fertilisation and Embryology Authority, which oversees the fertility industry in the United Kingdom, refused to permit the selection.

We should also consider whether the proposed gene editing may cause harm to the child which may be born. There is also the bioethical norm of beneficence, which asks us to consider whether we are doing good by our actions.

Townsend and Thaldar correctly state that we are not aware of the risks of gene editing on human embryos, but they conclude that this cannot be a reason to prohibit the treatment.

They correctly identify that there are risks with any therapeutic procedure. But we subject ourselves to therapeutic procedures after at least some of the inherent risks have been identified and measured. We would not do so if there were no studies regarding the efficacy and safety of such procedures.

This is not a risk we would take for ourselves, let alone the earliest and most vulnerable forms of human life.

A fundamental question is: Who gets to decide these issues? The public and legal and scientific communities need to be involved, and this cannot happen overnight.

Moratoria provide us with the opportunity to pause, debate and conduct critical research, which will allow us to safely navigate the course towards clinical treatment. This is responsible scientific progress.

There may be grave consequences of gene editing humans that we do not yet know. When we exercise control over genes, we are determining what people of the future will be like. This cannot be taken lightly, and we cannot allow “cowboy” scientists to proceed with gene editing of human embryos until the risks are better understood.

The published study comes too late for the two little girls. Perhaps they will live long, healthy lives. But, there is now evidence against that possibility. Gene editing is definitely worth it, but we must proceed with caution.