Why do people keep voting for the ANC?

This is an edited extract from Jan-Jan Joubert’s book, Will South Africa Be Okay? (Tafelberg) 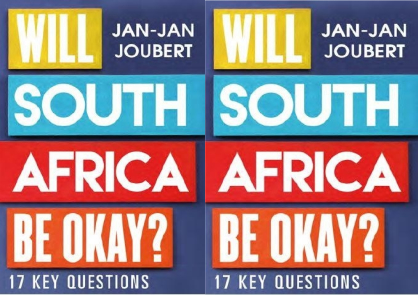 After the 2016 municipal election, it seemed as if the ANC might be heading for defeat in the 2019 general election. Although the party again attracted more than 50% of the vote this year, the result represented by far its biggest slide in support and the lowest number of votes it has ever received in a general election, as the table on the right shows.

What is evident from the table is that there were only two outlier results that disrupted the general trends. One was the municipal election of 2000. That result is easy to explain, for at that stage the ANC’s growth trajectory was bedevilled by excitement over the emergence of the Democratic Alliance — the election took place about six months after the Democratic Party, the New National Party (NNP) and the Federal Alliance had merged to form the DA as a new, strong, united opposition to the ANC. Moreover, the Inkatha Freedom Party (IFP) was still in a position of power in KwaZulu-Natal. Owing to the NNP leadership’s exit from the DA and the decline of the IFP in KwaZulu-Natal, the ANC was able to resume its growth trajectory in 2004.

The other outlier (and which it is, time will tell) was either the 2016 result or the 2019 result. If the ANC were to advance again in the future, the 2016 result would prove to be the outlier, maybe because former president Jacob Zuma was then at his most unpopular and the divergent opposition parties banded together for once — before President Cyril Ramaphosa and his administration embarked on efforts to mend the country.

On the other hand, if the ANC were to regress again, the outlier would be the 2019 result, when Ramaphosa, as president, filled the country with hope in a period of Ramaphoria and the opposition split temporarily before they would eventually again stand together against the ANC. Which of the two scenarios will prove to be the correct one is currently obscured by uncertainties about what the future holds.

Irrespective of which of the above scenarios is the more likely one, it is highly unlikely that any other political party will surpass the ANC as the largest party in the foreseeable future. If the ANC is ever to be unseated nationally, or in any province other than the Western Cape (in this regard KwaZulu-Natal and Gauteng are by far the strongest contenders), it would have to flow from a coalition of opposition parties.

This is in spite of the fact that the ANC truly doesn’t govern well where the party is in control. There is surely no party in the history of modern democracy that enjoyed the moral high ground over its opponents to a greater extent than the ANC did at the time of South Africa becoming a democracy in 1994. And there is surely no other political party that has destroyed its dearly gained moral supremacy through corruption, maladministration and cronyism to the extent that the ANC has done.

Yet South Africans keep voting for the ANC in their millions, especially black South Africans in rural areas. Some opposition party supporters can’t get their heads around this. In their view, their ANC-supporting fellow citizens are somewhere between masochistic and politically daft.

Why do people keep voting for the ANC, even though the governing party is mired in a cesspool of self-enrichment and corruption, even though ANC supporters are killing each other for positions (notably in KwaZulu-Natal), even though it is ANC-affiliated unions that weaken education in the majority of schools and keep the unemployed out of jobs, even though virtually all ANC-governed municipal councils are going to the dogs, even though the problem of state capture is rooted in the ANC, even though the ANC has run once-proud state-owned entities such as Eskom, SAA and Denel into the ground through cadre deployment and mismanagement, and even though the economy sinks faster than the Titanic under the ANC’s captaincy?

These ANC disasters are not perceptions. Unfortunately, the cold, hard, indisputable facts prove each and every miserable one of them. The 2019 municipal audit report released by the office of the auditor general, Kimi Makwetu, found that only 18 of the country’s 257 municipalities received clean audits as a result of quality financial statements and performance reports, and by complying with all key legislation. Of these, 13 were under DA control and only five under ANC control.

The party has done very well after 1994 in providing people with access to services that for long had been withheld from them, such as housing, electricity and sanitation. To that can be added the more or less successful roll-out of the world’s largest antiretroviral treatment programme to combat HIV and Aids, the land reform programme (notably the restitution part that returns land to specific groups), and social grants for the poor.

Anyone who tries to deny that these ANC-driven plans are fairly successful is either politically insensitive or clueless about what really matters in grassroots South African political discourse. The enduring popularity of the ANC — despite all its mistakes, flaws and corrupt behaviour — isn’t because of the fact that the South African electorate is stupid or even masochistic. The ANC is in power not because the majority thinks it is an excellent government, but because the electorate believes that other parties will serve their interests to an even lesser degree than the ANC.

In the 2019 general election, the ANC’s successes trumped its failures for most voters. Let’s list some of these vote-winning ANC successes. There are many South Africans who no longer live in makeshift shacks because they have the roof of an RDP house — for which they paid little or nothing — over their heads. This couldn’t have happened before the ANC made it state-driven policy. There are many people who no longer see their children studying by candlelight or run the risk that a toppled candle may cause a fire that destroys their meagre possessions, because they now have electricity. There are many who no longer have to suffer the indignity of being dependent on an outside, pit or bucket toilet because they have greater access to sanitation facilities and water in their houses. This was not the case before the ANC made it state-driven policy.

Among the ANC voters are people for whom HIV is no longer necessarily a death sentence that leads to child-headed households, for they now have access to the world’s largest state-driven antiretroviral treatment programme. It was the ANC — admittedly too late and only after they had booted out the HIV and Aids denialist, former president Thabo Mbeki — that introduced this.

Those who keep voting ANC are also the people for whom social grants keep the wolf from the door, even though economists and those above the tax threshold grumble about the unsustainability of the social security net. If that grant is all that stands between you and hunger, you’re not going to vote for those who, in your opinion, may reduce or stop the grants.

People who vote for the ANC are also those who either have had the land restored to them that their forebears lost after 1913 because of the Natives Land Act and the policy of segregation and later apartheid, or who have seen other people get their land back and live in hope that they will also be able to recover what they regard as their homes and their ancestral land. None of this was possible before the ANC made it state-driven policy.

The above examples are directed at the many South Africans, particularly in the middle and affluent classes, who so readily and unkindly underestimate the intelligence of ANC voters and have scant regard for the reasons they remain loyal to their party. I have cited only a few of the reasons a vote for the ANC isn’t merely mindless or a reflex. Many South Africans who vote for the ANC are by no means blind to the party’s mistakes. They do, however, acknowledge what has already been achieved despite these mistakes — maybe in the hope that someday they will benefit from the system created by the ANC, even if it may not have happened yet.